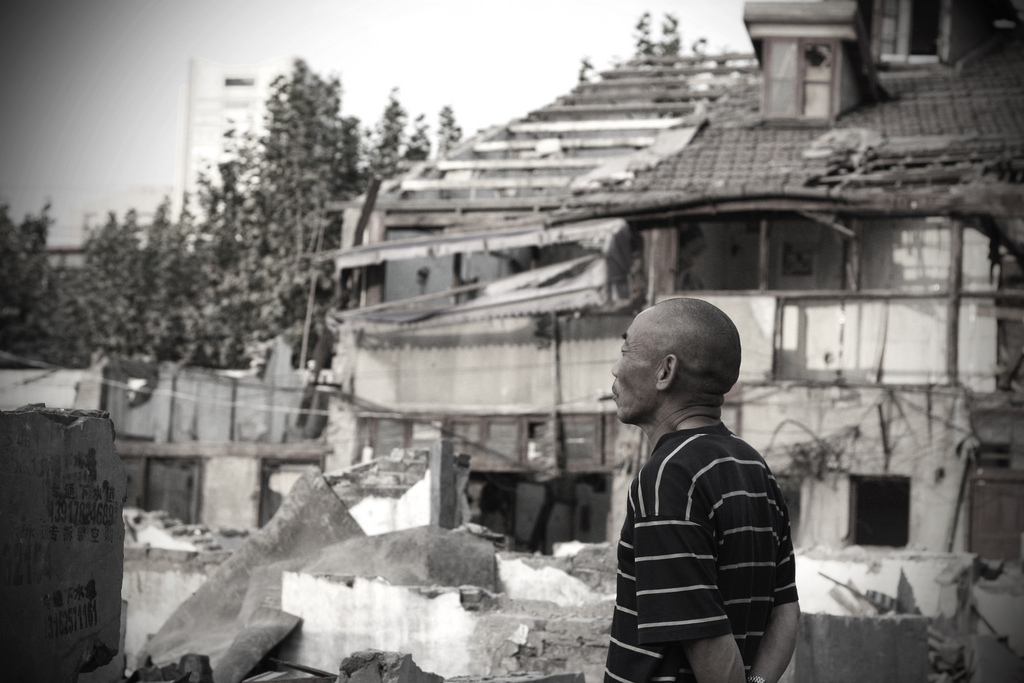 I received a text message recently I thought note worthy.

It was from this old man in his 60s who was living in Hongkou, a site along Haimen Lu (海门路) I had visited since September 2009. I had documented the process of the longtang’s demise, as its footprint faded from live houses, to a half-demolished mess and finally, unrecognizable flat land.

The old man had wrtten, “New house is nice but far from Shanghai. Life is different. Take care, young miss.”

From the beginning, he was reluctant to share with me where he was moving to although I knew some of his neighbors had scattered to Pudong and Baoshan. He had no interest in a follow up but was pleased with the portrait I had given him.

The photo above was taken in September 2009 in the same neighborhood, of his neighbor, of the midget-like man who lived in a self-built house made of rubble and scrap.

When I asked him if he was going to relocate, he merely said, “Sure. I have to find another space. Any space. At the end of the day, this is not my city.”