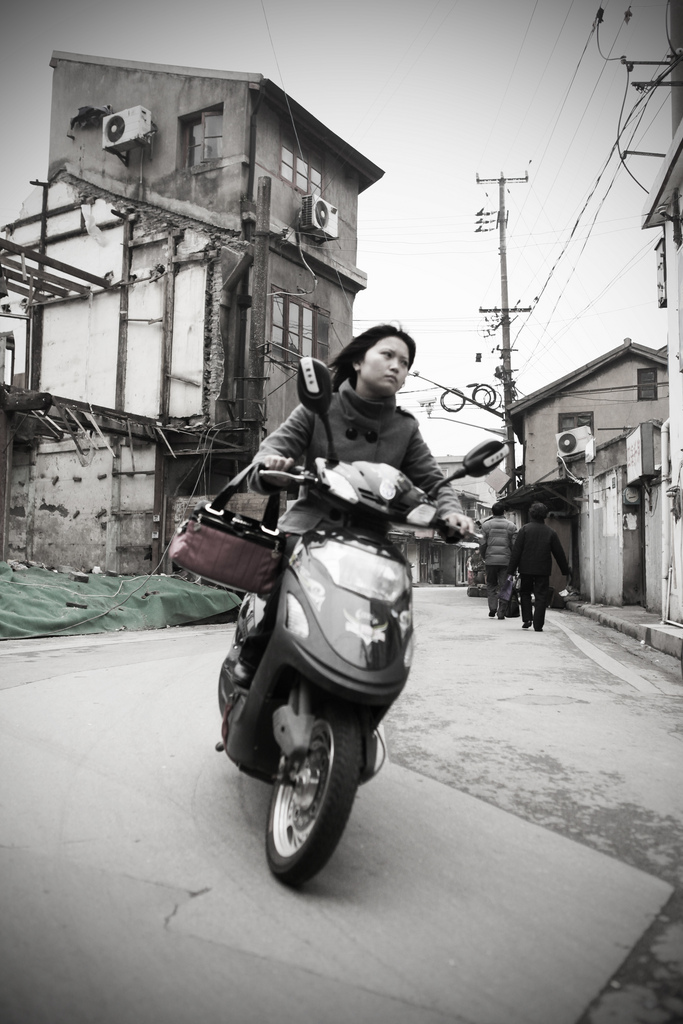 Shanghai is a dense enough city that getting around can be quite a breeze.

The city has an ever expanding metro system which carries 3 million people each day, we’re up to 10 subway lines now and it is estimated to be double the size of London’s tube system by 2020. Cabs are relatively easy to flag down on the streets and if you’re lucky, you’d spot one of the new shiny Expo Volkswagon or Buick cabs that actually have seatbelts that work.

But there are also tens of thousands of people on two wheels zipping by the street while you are sitting in traffic, which seems to have worsened over the years. The mobility can be liberating.

I’ve been eyeing a moped (MOtor+PEDals) for a while but may settle for an electric bike. The former seems unwieldy, and the latter, if stolen, is easier to bear.

It’d be perfect to beat the arduous traffic clustering around my office area and head to the nearby wet market for groceries. I regularly cross the Huangpu river by ferry, along with the thousands of day-workers and pay 0.5RMB a trip, 1RMB if you’re on a 2-wheeler. If you’ve never done it before, I heartily recommend it as the view can be amazing.

Yes, I’m beginning to like the idea a lot. Stay tuned.

Some grow up tough

Others are born tough. He stared intently into my camera and slowly brought his handkerchief up toward me, as if he was readying to wipe my lens….