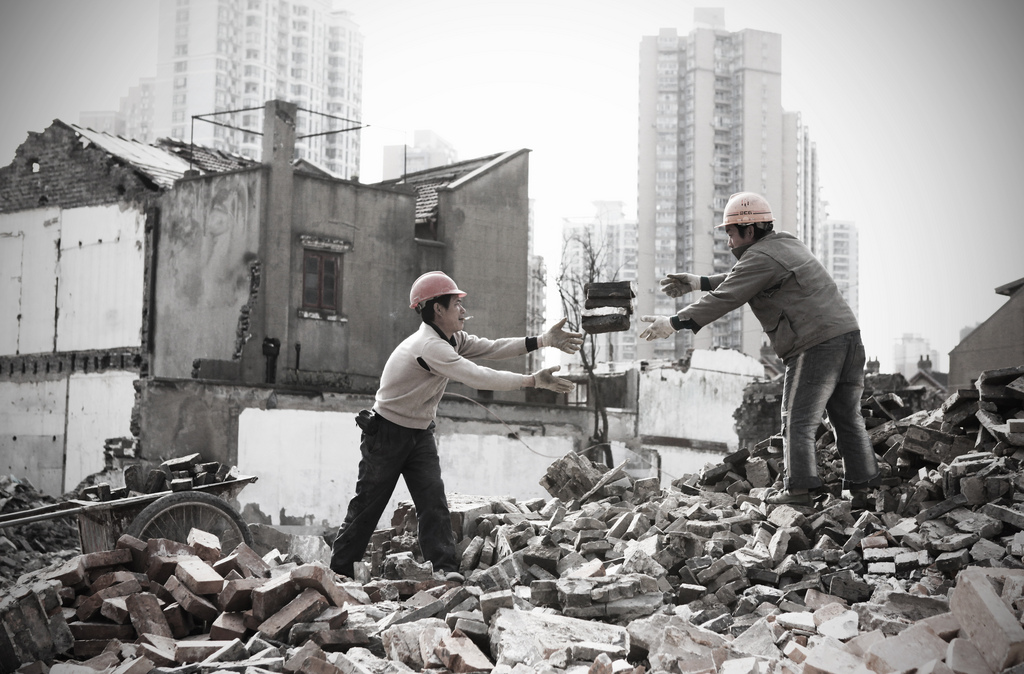 In their hands, these workers carried bricks that once made up houses that are now no more, in neighborhoods that the next generation will have no idea once existed.

Their prerogative is only to deconstruct and construct. This side of history, by no fault of theirs, has nothing to do with them.

Taken west of Shangchuan Huiguan (商船会馆), a former temple and lone structure in a vast ocean of concrete rubble. Even children who played amidst what was left over of the neighborhood, are not likely to recall what it used to be.

The street that became a gulf

On a balmy spring day, I had ducked in a narrow corridor to get away from the frantic market activity along the stretch of Anguo Lu (安国路), where…