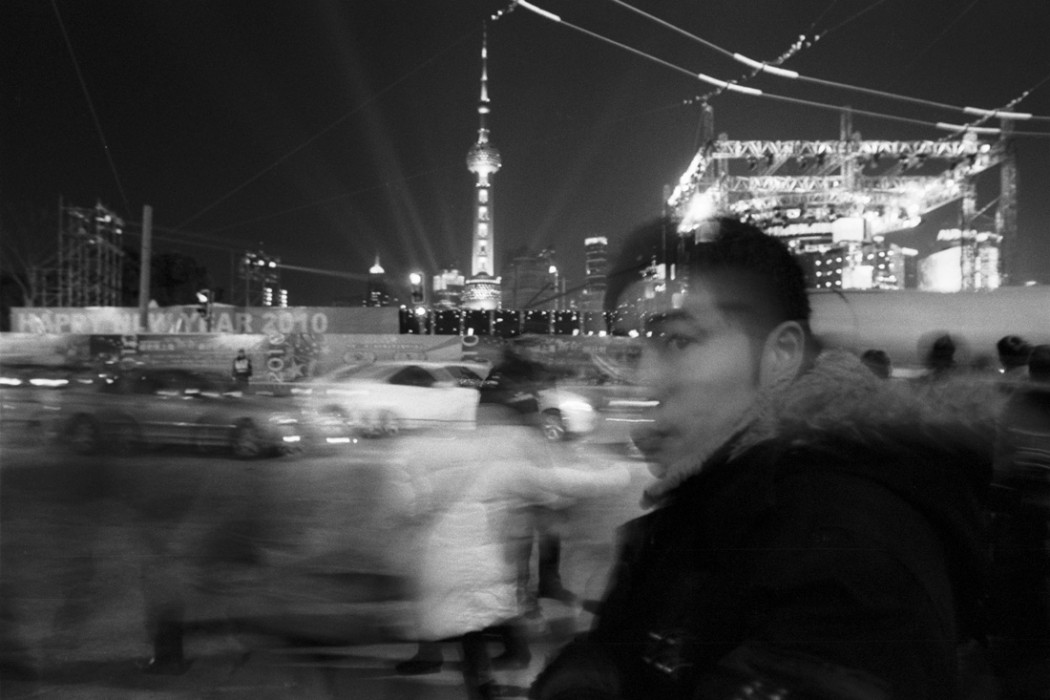 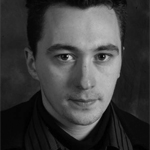 Mathieu Bellec is a French architect based in Shanghai. He first reached out to me last year to discuss street photography. Mathieu had no website and instead brought his laptop to show me his extensive collection of scanned photographs. We talked process, perspectives and themes on Shanghai for hours. I was struck by his attention to composition that shaped subject and context, likely influenced by his architectural background. His analogue work painted Shanghai as a brooding, almost isolating experience though his personal views are more optimistic. In our interview, I particularly liked his comparison of Shanghai’s rapid urbanization to Georges-Eugène Haussmann’s renovation of Paris between 1853 and 1870, which drew much controversy at the time.

SAT: Can you share a little about yourself to our readers? What brought you to Shanghai?

I first came in Shanghai in 2007 while on a student exchange at the University of Xiamen in Fujian Province. I found this city really attractive but I didn’t have much time to discover more.  That why when I heard about the Shanghai World Expo in 2010 I decided to come back to see the city prepare for (it). I took a gap year in my studies and found a job here as an architect. It was a great opportunity to see the city evolve as the government expanded all efforts (ahead of the Expo). 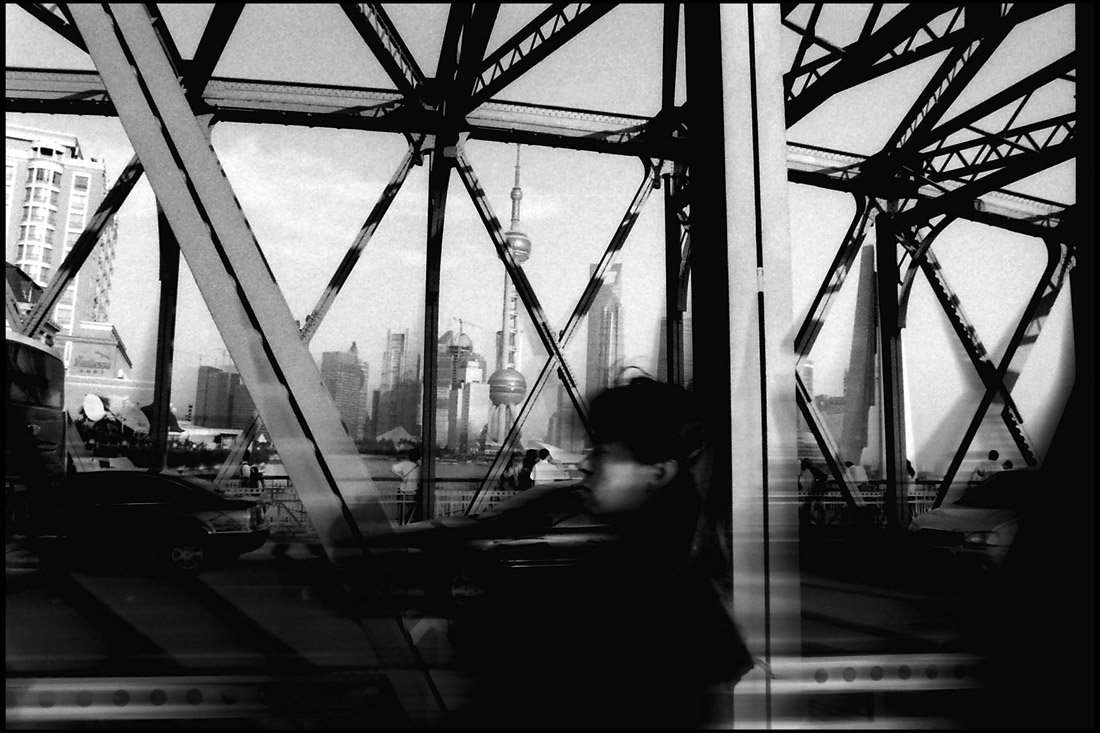 SAT: Have you always done street photography? What is it about Shanghai that is similar or different?

MB: Actually I have always been attracted by photography especially those pictures from reporters in black and white, from the 1950s, 1960s and 1970s (Werner Bischof, Robert Cappa, Larry Burrows, Elliott Erwitt, Marc Riboud, Henri Cartier-Bresson, Steve McCurry, Don McCullin, etc.), But also more recently with (Raymond Depardon, James Natchwey, Alex Majoli… and more). Most of them had worked or are working for Magnum.

But it’s only when I began to study architecture that I really started photographing continuously, and turned quickly to street photography. I guess there are two reasons for it: The first is architecture and the second is because the streets offer you so much diversity in content (e.g. architecture, sociology, culture…) and contrast. You don‘t need a studio or an expensive camera to catch some amazing moments.

Shanghai is an extraordinary place for that. There is so many construction and destruction (happening all at the same time) that the city offers you a playground for photography. It’s like being in Paris as (Georges-Eugène) Haussmann was changing the face of the city (between 1853 and 1870). Many old structures in Paris had been destroyed during that time to reorganize the (flow and) circulation of the city and create more security for the citizens.

Shanghai is facing a similar process, and it’s exciting to witness it now, and wait to compare the changes in several years. 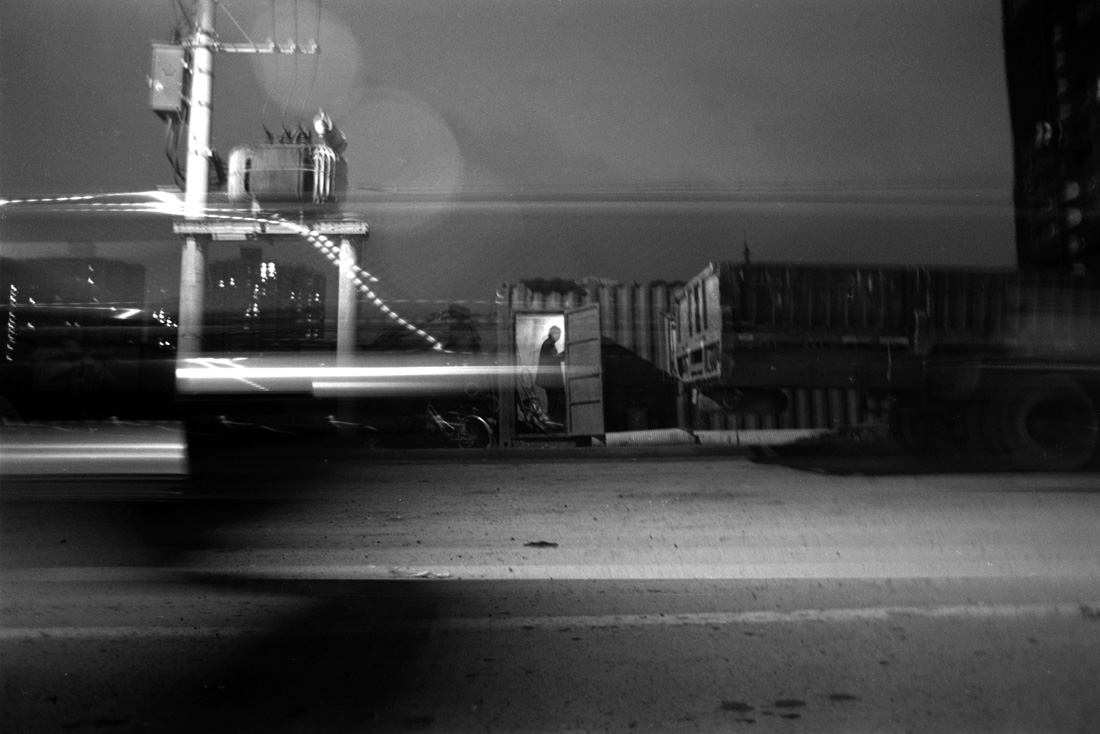 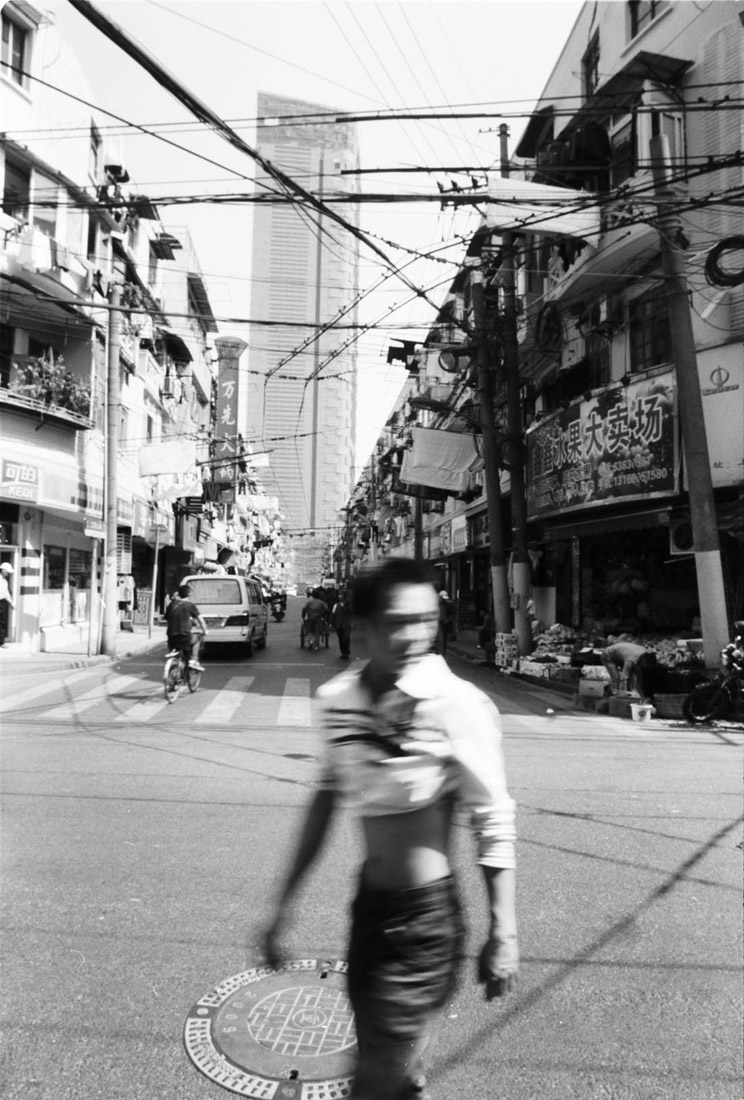 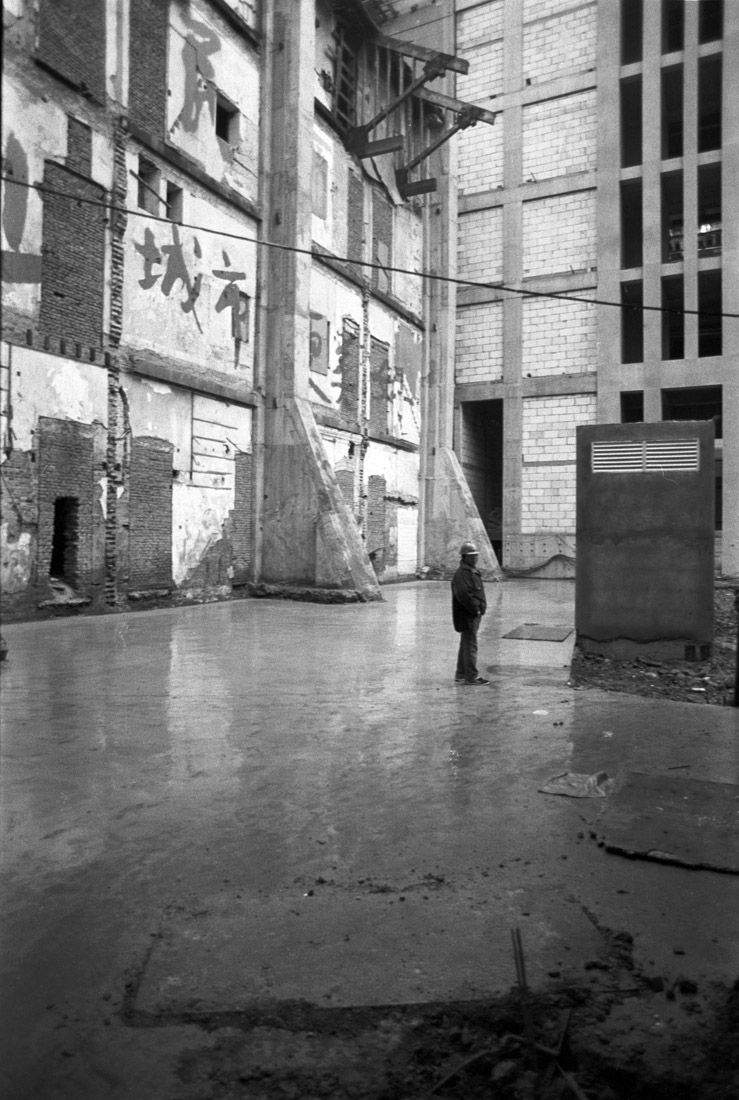 SAT: You’re an architect by profession. Do you regard your street photography as an extension of your job (the way you shoot, objects/composition of what you focus on) or as an escape

MB: Good question. I see it both ways. First, as an extension of my job because photography is intimately connected to architecture, the way one frames a picture, the contrasts etc. Now it is probably part of my subconscious. It’s also an escape in a way because it helps me to see the reality of architecture without thinking about it. Let me explain: Often while designing something, we pay attention to the circulation, access, (determine the function and program of each site), choosing the materials… But we don’t have in mind the brutality of the architecture, its influence on the people or the impact on a social point of view. Societies shape buildings but buildings shape societies too. When I photograph peoples in a street, I am not paying attention to architecture; in fact, I try to forget about it, so as to get to the essence of what life is about. Architecture is everywhere so I try to catch those glimpses that make us human. 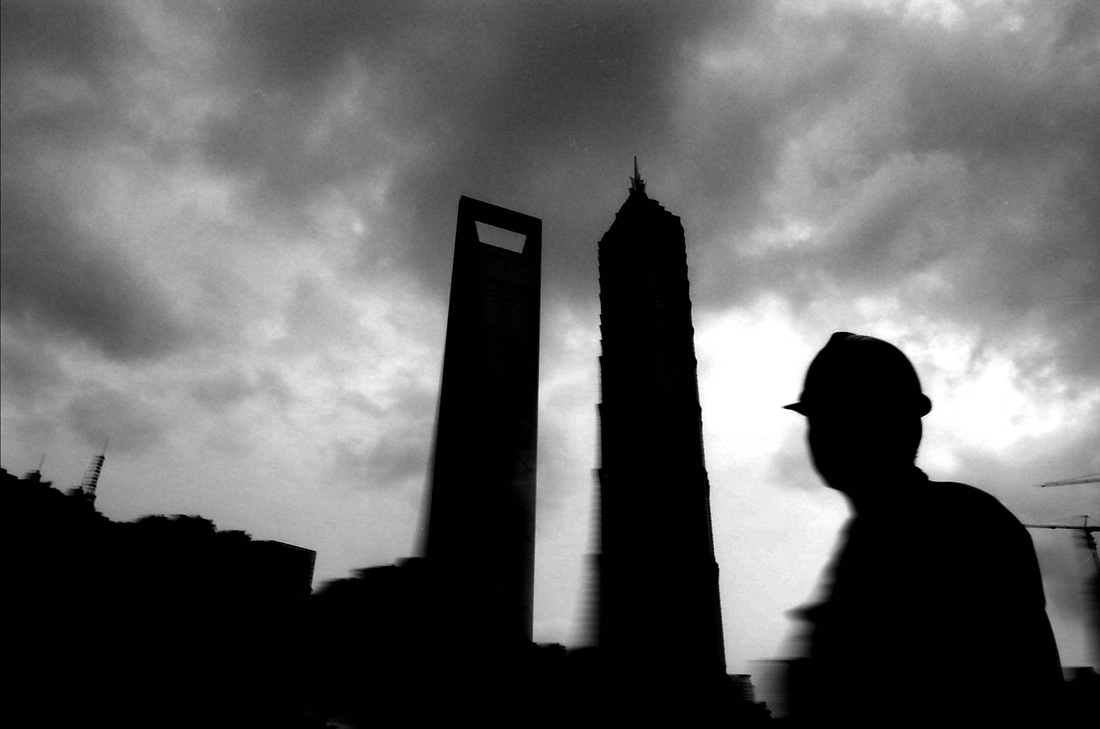 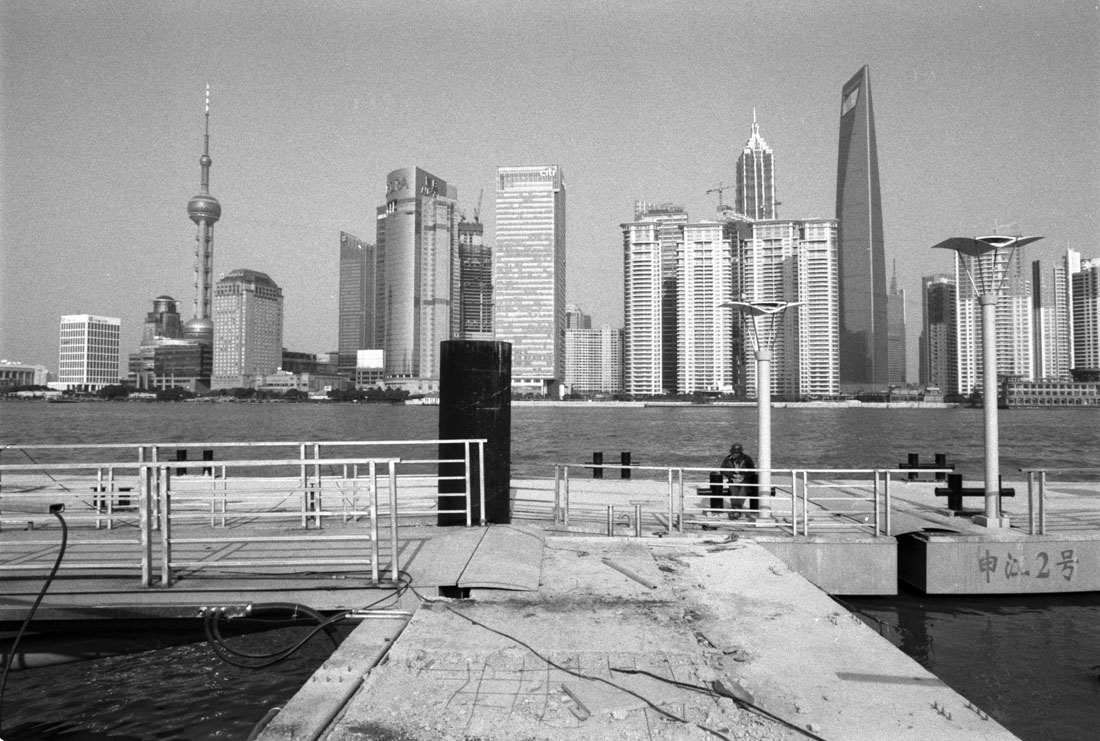 SAT: Your preference for analog and black and white is evident. What is its appeal? Do you think digital would deliver any differently?

MB: Yes I do love analog, the process is something that I care a lot about and when you have a picture on silver print gelatin paper, it’s such an amazing quality. It is also a matter of (making the best of the 36 frames in each film roll unlike a digital camera.) For camera bodies, I use mainly Nikon Fm2, also Canon Ae1 and F1. They are really strong and have a good resistance during travelling. They are built to last. I also use 24mm 28mm and 50mm lenses. 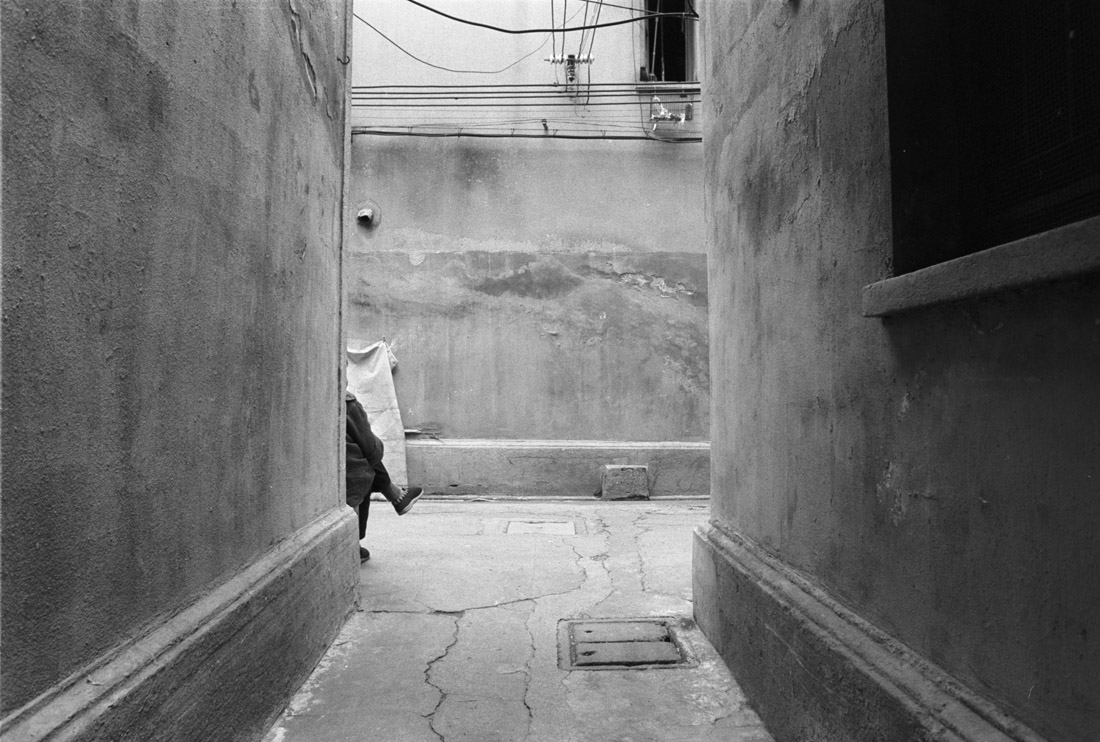 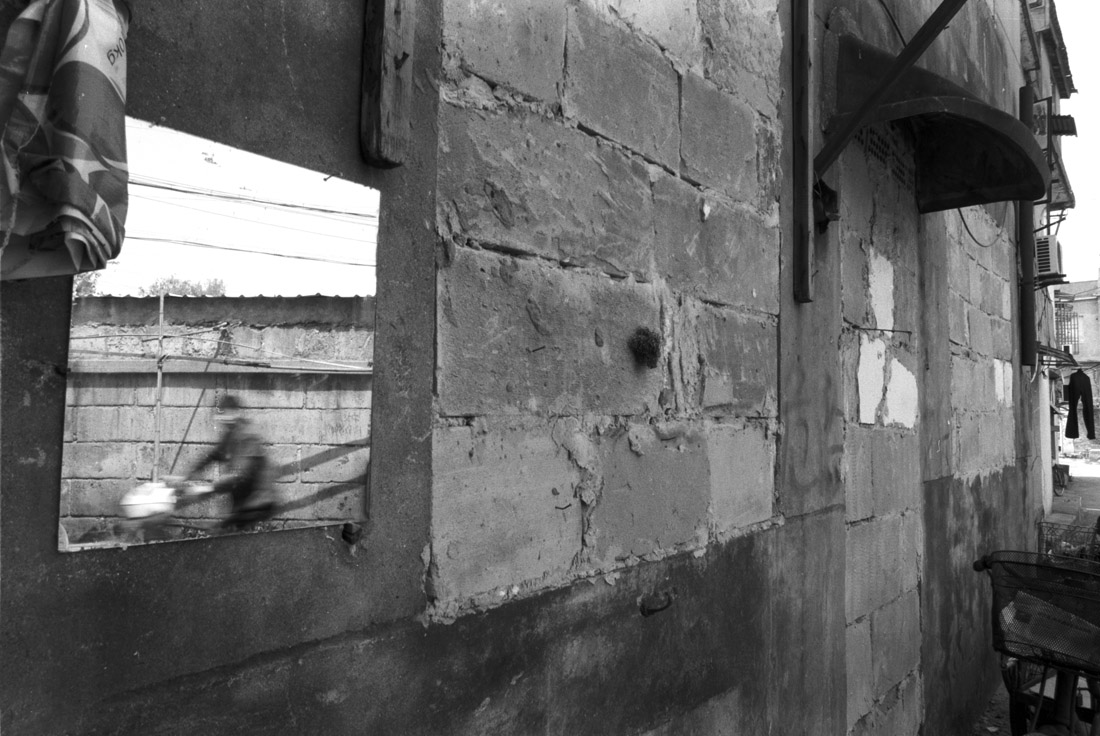 SAT: What do you think a person, if he or she has never travelled to China, thinks of Shanghai when they view it through your photography?

MB: Oh, you know, it’s mainly subjective, I am not trying to provide an answer to such a question. While looking Marc Riboud’s work on China, especially before the country opened up, for example, I often think that (one aspect of) China has disappeared. But in the mean time, if you pay attention or if you are not afraid to get lost in the small streets of the city, you will see a kind of legacy in people’s behavior, habits, architecture. This is where the richness of any culture sits. Cities tend lo look all similar, and little by little, the real interest in traveling is disappearing because of that. Whether that is good or not, I have no clear answer but along with that we are losing what makes all countries different and rich. 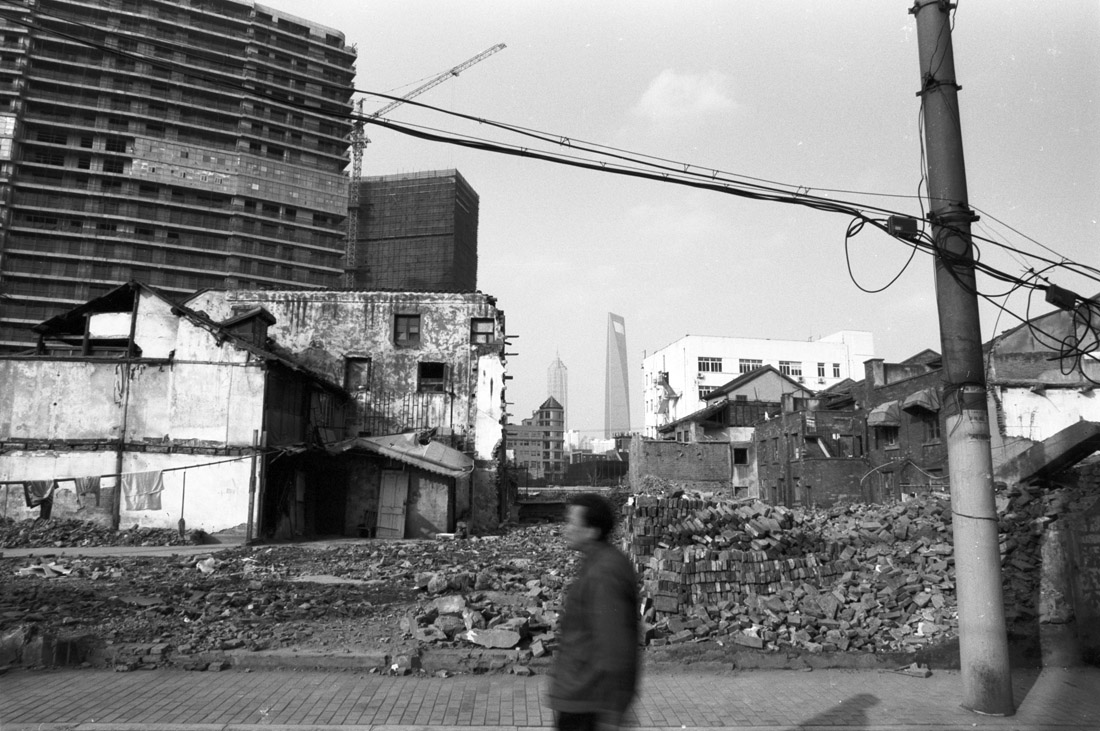 SAT: Share with us a favorite or impressionable photo and tell us what is it that appeals to you.

MB: This photograph (above) for me would be a kind of obvious contrast but a really good one to question the relation between (man) and his environment. (In particular), it is a cross relation between architecture and societal issues. The different (activities) in this composition are a comment on the scale of (urban construction) and the relation with people. First, a man is walking, second is the building (the closest one in the picture and closest to the human scale which is more humanistic habitation) currently under demolition. The third activity on the right is the remains of the first social housing; facing on the left is the new prototype of the social housing under construction. See the difference of scale? In the background, you see the high-rise, a symbol of the achievement of human technology. This series of activities is like a time line, whereby the further we develop, individuality is forgotten. 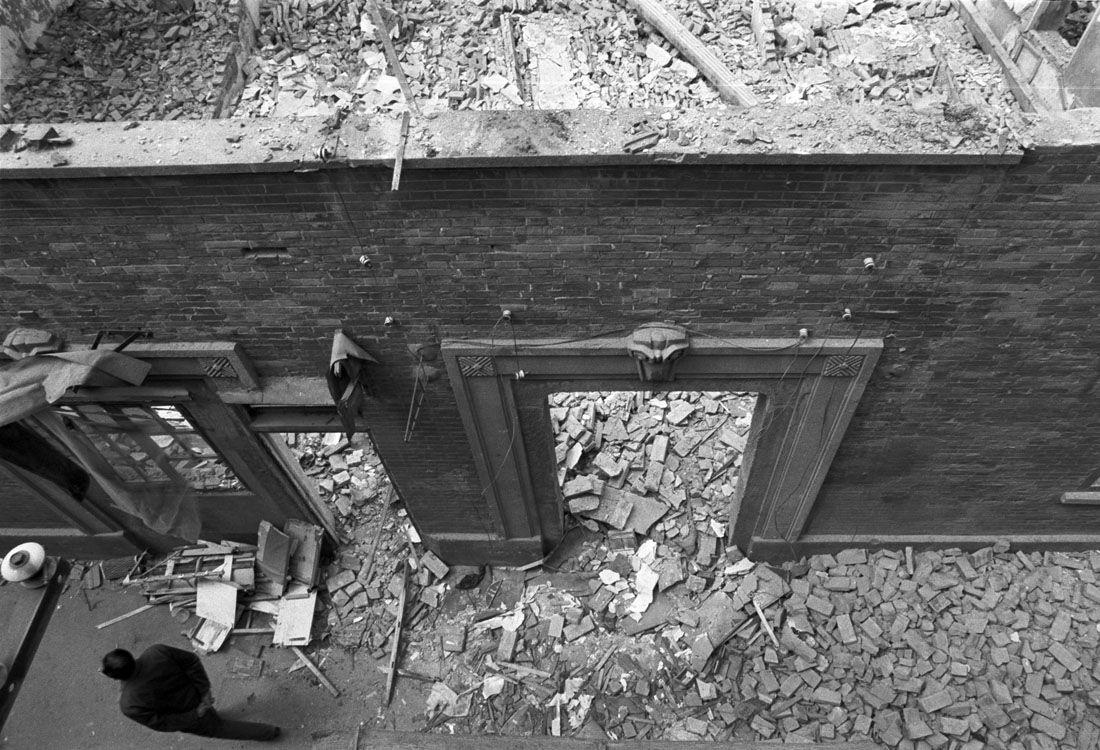 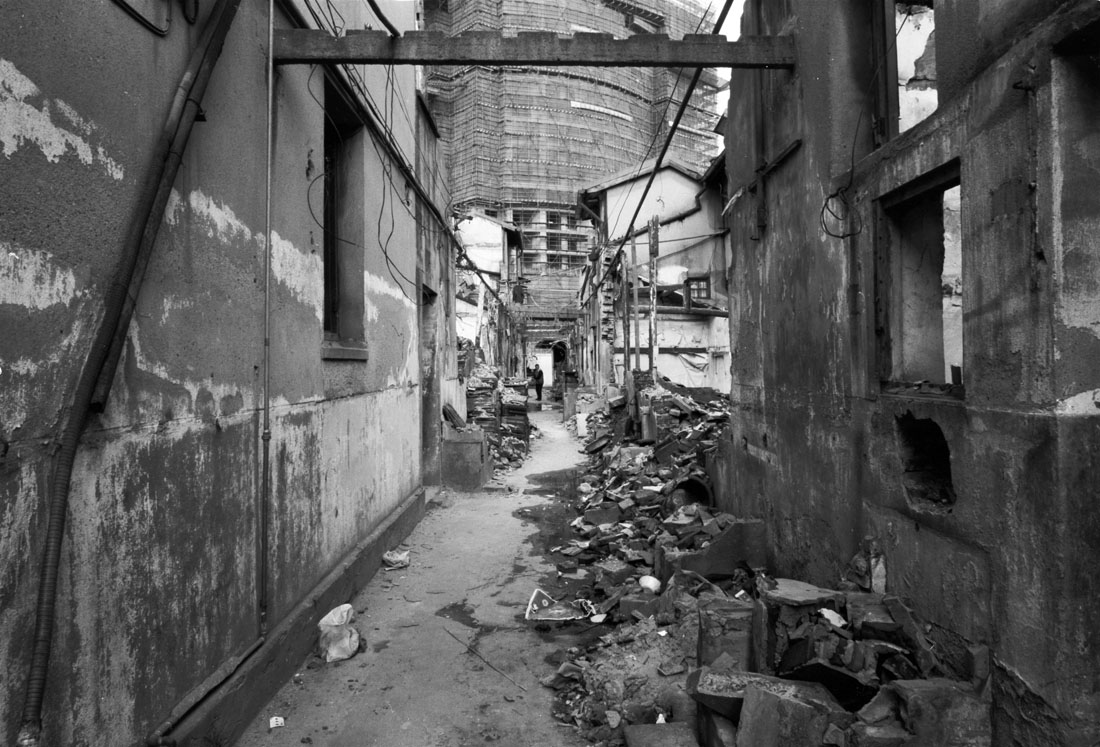