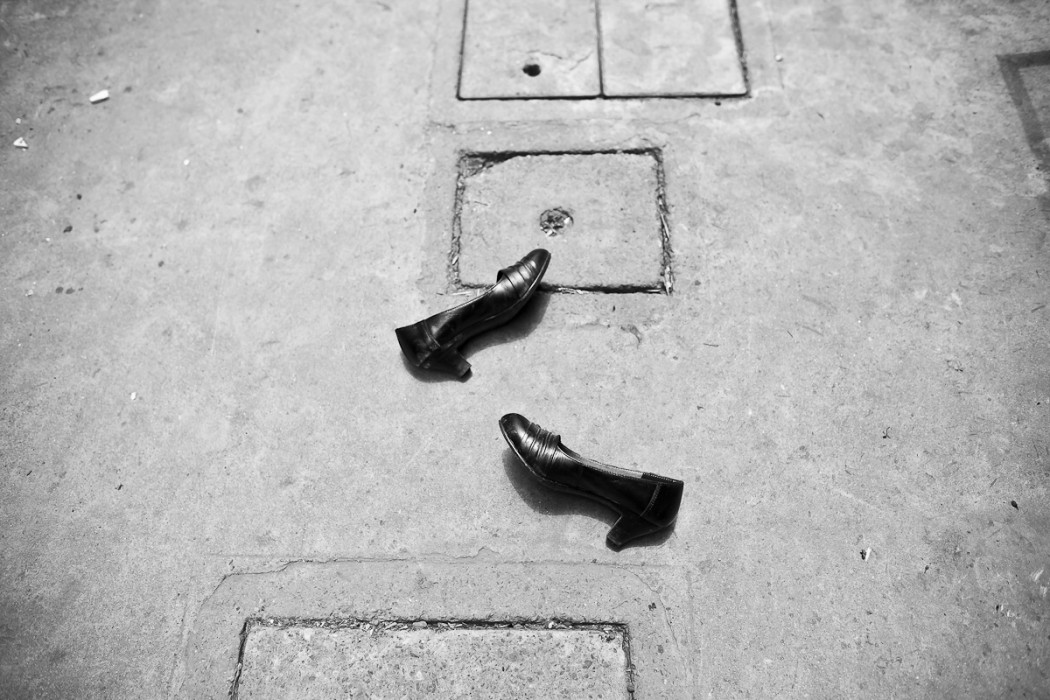 An aging woman was staring down an alley, her eyes hooded and preoccupied.

I stood next to her, wondering what had caught her unwavering attention.

Seated on the concrete floor of the lane, a plump middled-aged woman sat with her legs splayed wide, her face staring fiercely at the ground. Her chest was heaving as with tight with tears. A man stood over her, speaking sternly. Was he the husband or a brother? He pulled at her arm, demanding her to return into their home. She adamantly refused, shaking her head as tears fell. Soon, she began shouting at the man who grew more agitated.

I stood next to the neighbor watching, unsure what to do. The old lady next to me stared unflinchingly.

Undeterred, the man bent down and hooked his arms around her arms and tugged her towards the house. The weeping woman struggled against her captor. Her shoes fell off as the man overpowered her and successfully pulled her past the landing and slammed the door against prying eyes. I moved towards the commotion with hesitation. I had read about warnings against interventions during acts of domestic violence. Concerned passers-by should instead seek proper authorities to mediate. But it was not a clear case of a raised hand but more of a family argument that was escalating.

I turned to my fellow witness to voice my concern. As if sensing my need for conversation, she turned abruptly and returned into her home. There was no further interest to get involved.

I walked towards the door of the fighting couple to check. Inside, the woman wailed in anguish, blubbering in a dialect that I could not comprehend. There was soft, consistent thumping against wood, perhaps a hand against a table, as if to emphasize her emotional pain. A child accompanied her crying, sounding scared and confused by what was happening around it.  There was no further response from the man.

Trapped by my ambivalence, I circled the lilong neighborhood a few times and returned to the door 20 minutes later. I mentioned what I had witnessed to a neighbor who was moving out. He shrugged and responded that he didn’t know the couple I was speaking of. A few neighbors (and movers) gathered around to discuss. There was an unspoken acknowledgement that if the man was not beating the woman in the alleys or even in their home, it wasn’t something to be involved with.

A total of 40 minutes had passed and I walked by the door a third time. The crying had stopped, punctuated by a stifled sob. Instead, the gurgling of a toddler seeped through the door.

Her shoes were still in the middle of the lane.