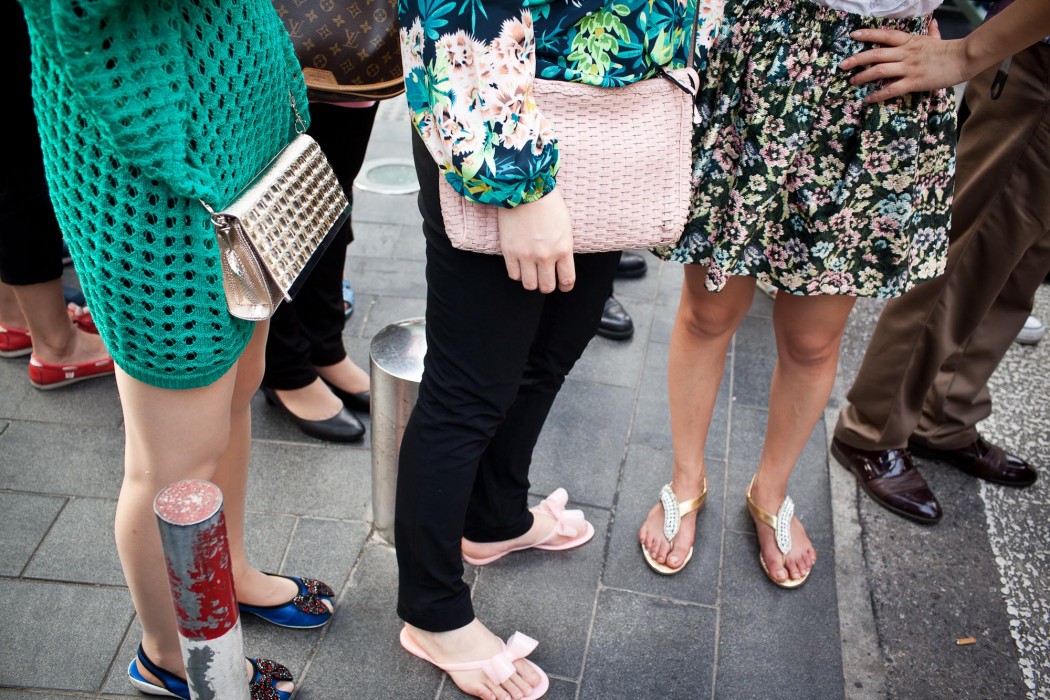 I was recently approached by Vogue.de to contribute to a special feature on Shanghai, much like they had done for London, New York and Paris, among others. It showcased the coolest hotels, best clothes and accessories, and interviews with the hippest and coolest artist or designer. They end with a showcase of photography that best captures the city, so I’m quite flattered I get to share Shanghai through my eyes.

Shanghai is the first Asian city Vogue.de has featured for this series which speaks to how important this city has become to the fashion world.

To put my very small footprint in the fashion world, I submitted a few more “street style” shots, the above being my favorite, and peppered the rest with Shanghai on a regular day. These fashionably breezy ladies were standing next to me at a very busy intersection of Nanjing East Road. Their burst of complementing colors called out, one can only appreciate.

I’ve never really been one for shooting street fashion but I have to say it may well be time for me to pick it up on a good day because there are some really adventurous dressers roaming in our fair city!

Apologies for being a little quiet of late here on the blog, we will resume regular writing soon as I push past a busier than usual schedule. I’m posting daily on the blog’s Facebook page which is more timely with what I’ve been discovering around town. I hope you’ll join me there! 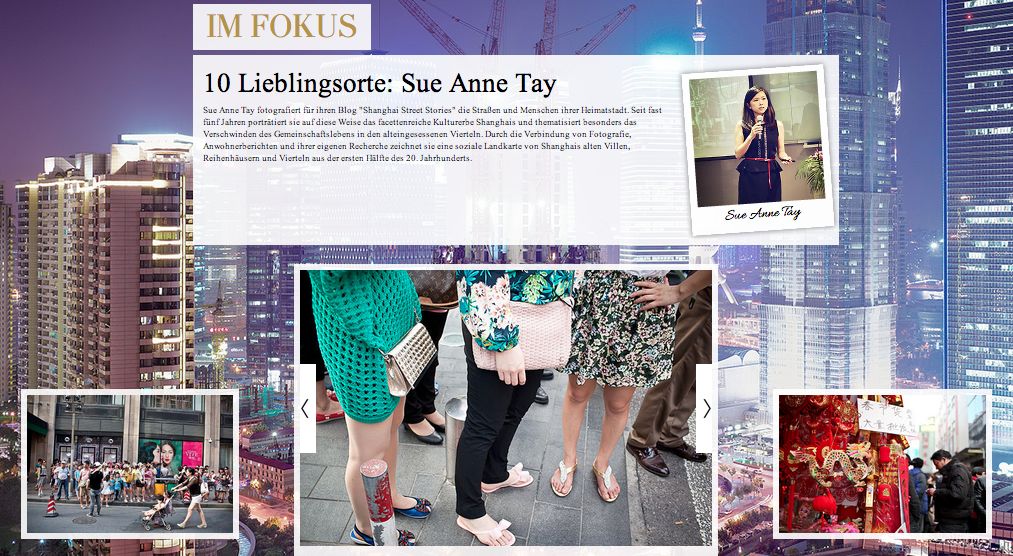 Take to the Street (Part 2)

The second of a two-part series of a self-imposed regiment of hip, chest and over-the-shoulder shooting with a 35mm f1.4. Primes are perfect in its speed, restraint and…