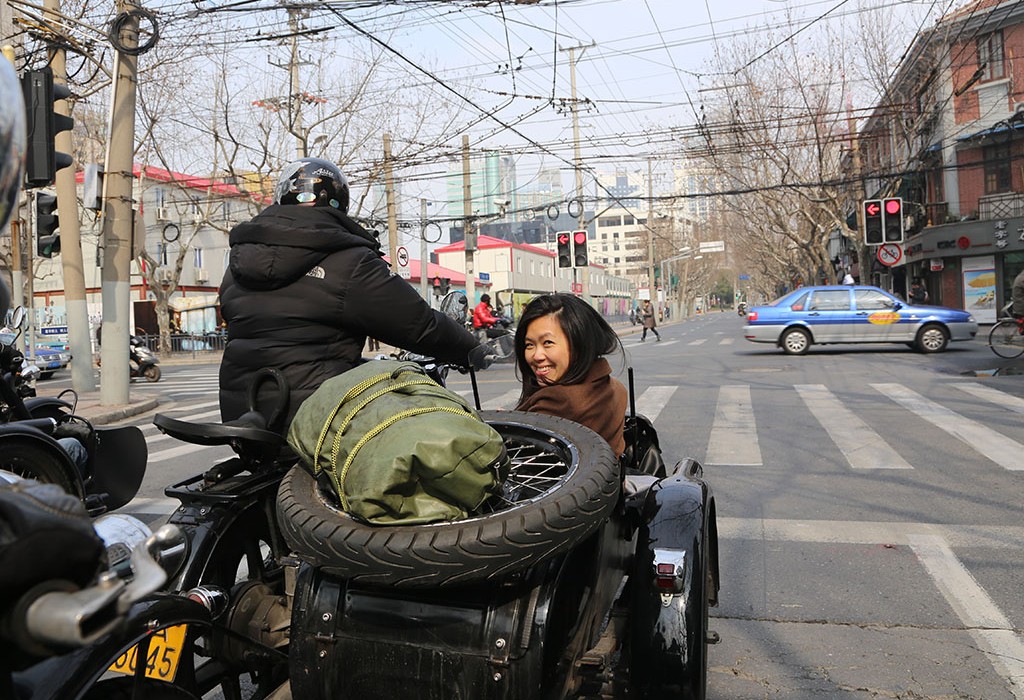 Things have gone a little quiet around here of late. Work has wholly consumed me for much of February, leaving very little time (and brain cells) to blog coherently or edit the backlog of photos.

Still, I’ve been shooting with a vengeance over the weekends; a six to eight hour day of shooting can cover two to three neighborhoods, several miles of walking, tens of shikumens (石库门) and hours of rambling conversations with residents. This has yielded an endless stream of stories mixed with amusing scandal, tragedy and heartwarming anecdotes, so much so that I’ve lost track of the copious notes in my IPhone that will require more time (and organization) to transform into readable posts.

Instead, I’ve taken to sharing more regularly on Facebook (and occasionally Twitter) on bits and bobs of shikumen lanes and heritage apartments that I’ve visited, the array of characters I’ve met and the works of photographers, artists and writers I’ve enjoyed. Ideally they are all preludes to amazing and fantastical posts that may see the light of (some) day. Instead of silently judging me for not blogging enough, feel free to follow me there.

Otherwise, here are a few highlights from the last couple of weeks, which should give you an idea of what to expect in the next few months:

– A few Saturdays ago, you may have seen me riding around Shanghai with the posse of side-car riders from Insider Experience. They had invited me to introduce a few shikumens around town so I took them to the accessible and well-preserved lilong (里弄) neighborhood of Zhang Garden (张园) conveniently located on Taixing Lu (泰兴路) near the West Nanjing Road metro (南京西路站). This lilong would definitely make it into any Shanghai shikumen tour guide. (Yes, another thing on my never-ending to-do list.)

– The above photo of me in the sidecar is courtesy of the incredibly talented pop-up book artist Colette Fu (傅 三 三), who recently arrived in Shanghai as a resident artist at the Swatch Art Peace Hotel. Colette creates intricate pop-ups from photographs and designs for award winning stop motion animation commercials and clients like Vogue and Moët Hennessy • Louis Vuitton. Check out the Asia Society’s interview with her on her incredible pop-up book of Yunnan’s 25 ethnic minorities. 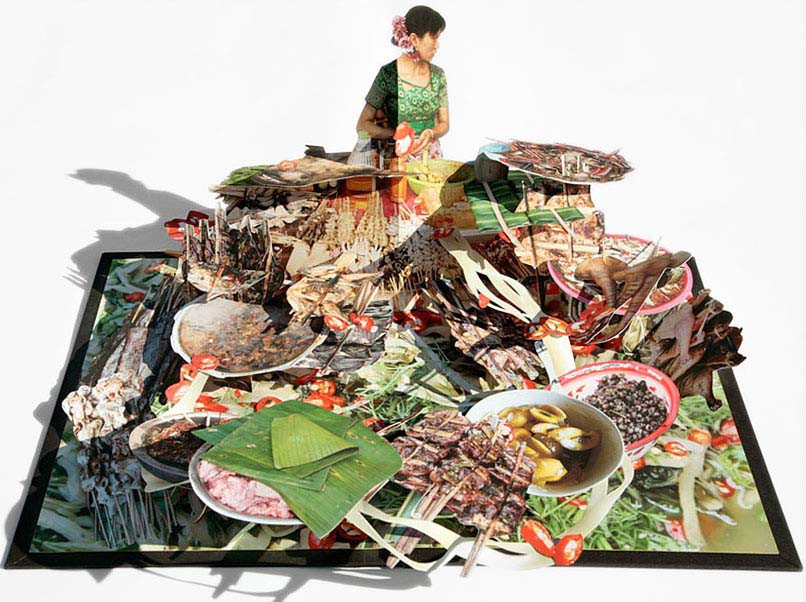 – I popped by the K11 Art Mall to say hello to sound artist Terence Lloren who was speaking as part of the Mapping Shanghai lecture series. Some may recall I photographed Terence a few years ago recording one of his “Growing up with Shanghai” walks. Notably, the lecture series is curated by the award-winning photographer Liz Hingley who is most well-known for her intimate look into urban-multi-faith communities in her hometown of Birmingham UK, entitled “Under Gods”. Now based in Shanghai, Liz recently published the well-received and beautifully captured “The Ends of the Line in Shanghai”. I hope to feature both artists as part of the “Behind the Camera” interview series soon. 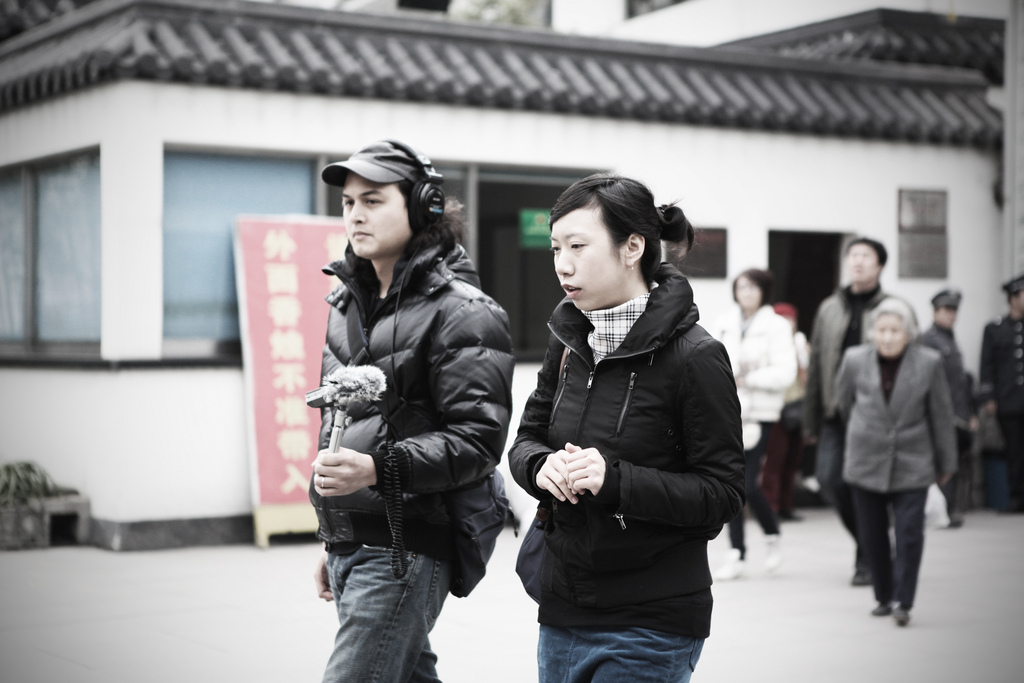 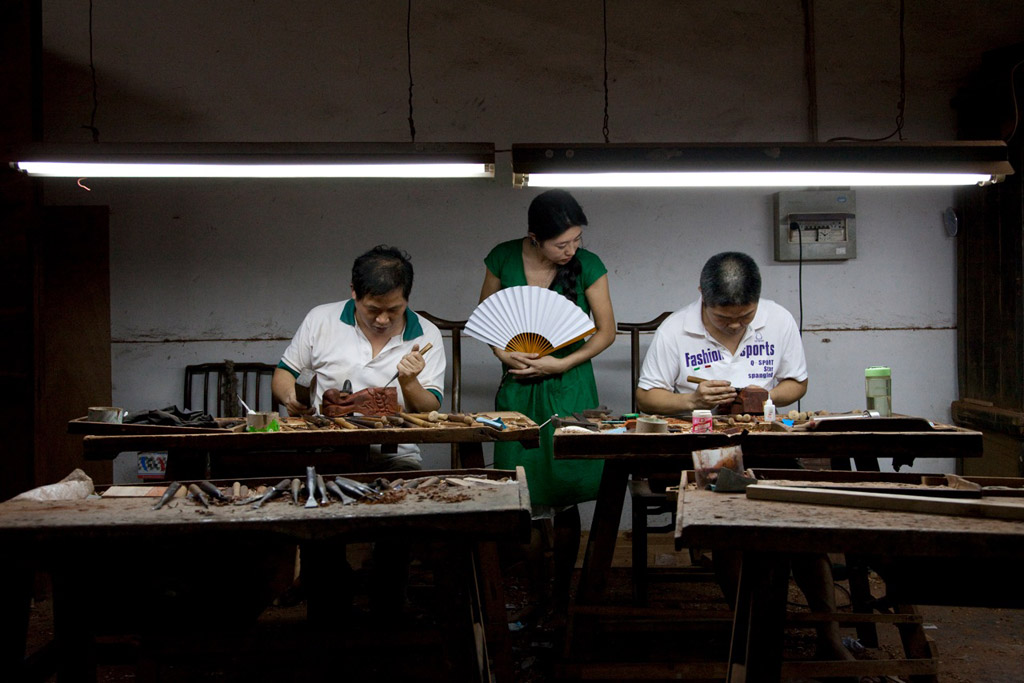 – I had a productive and very pleasant week in London, which was a welcome break from the haze in Shanghai. Much time was spent exploring the beautiful historical apartments, mansionettes and town houses in North London. Everyone knows that Shanghai’s concession-era architecture is largely derived from European influences – Art Deco, neo-classical, French colonial, Spanish villa and Queen Anne – but often with Chinese fengshui sensibilities. But there is nothing quite like holding up a photo of a Shanghai shikumen against a London townhouse, and note how the distinct features of European columns, pediments, gables and motifs are tightly fused into the facade of the compact shikumen. 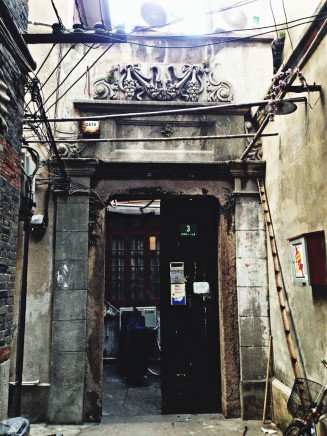 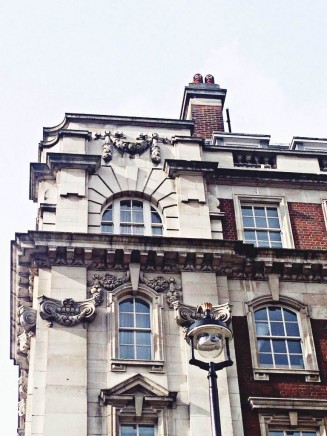 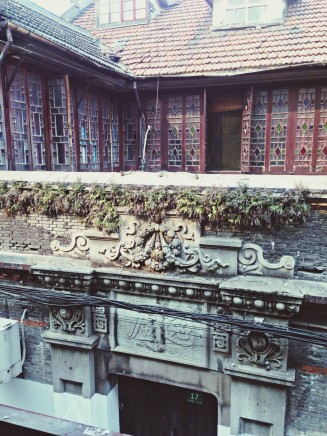 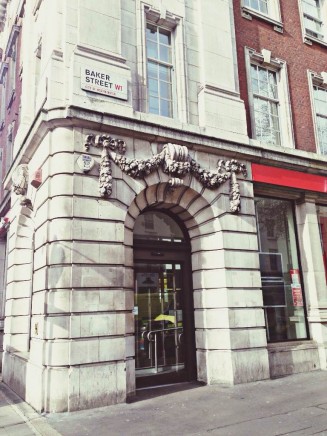 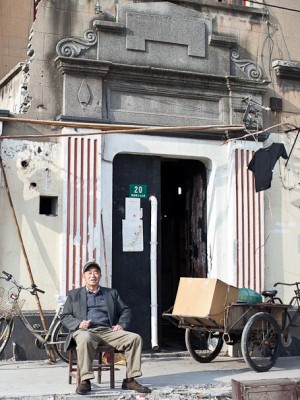 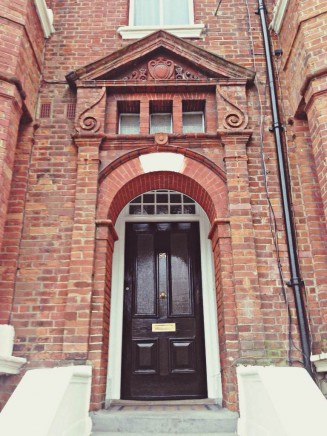 – In London, I met the team behind Guardian Cities headed by editor Mike Herd. Supported by the Rockefeller Foundation, the site engages with local voices as part of a bottom-up approach to showcasing ideas and debate about the future of cities across the world. I’m honored that they have chosen Shanghai Street Stories as “one of the best city blogs around the world” and hope I can contribute more to their China coverage.

– Finally, I couldn’t have picked a more beautiful day to visit the University of Bristol where I lunched with the prolific Chinese historian Robert Bickers and Jamie Carstairs who handles the day-to-day management of the Historical Photographs of China project. It is a free, open-access site that is maintained jointly by the University of Bristol and three other European universities. The project aims to locate, archive, and disseminate photographs from the substantial holdings of images of modern China held mostly in private hands overseas. You can follow the Bristol team on their blog over at another funded project, Visualisng China.

This was my second time to the Bristol office (I spoke to Professor Bicker’s class last year) and Jamie was most patient in letting me browse their extensive collection of photography books on China and archives of fading photographs. I’ll be featuring more of the project in due course. 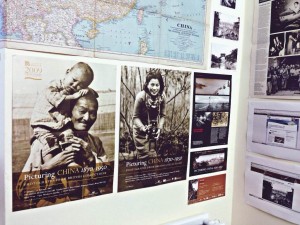 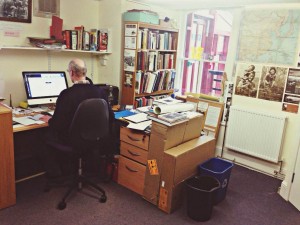 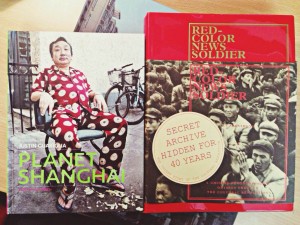 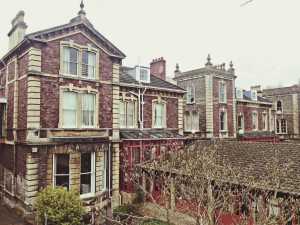 Well, there you go folks. No rest for the weary so thanks for your patience and stay tuned for more features and stories!

Portrait of a Young Man

A portrait of a young man I stopped in the street. He was in a group and they kept walking as I asked for a shot. It took…