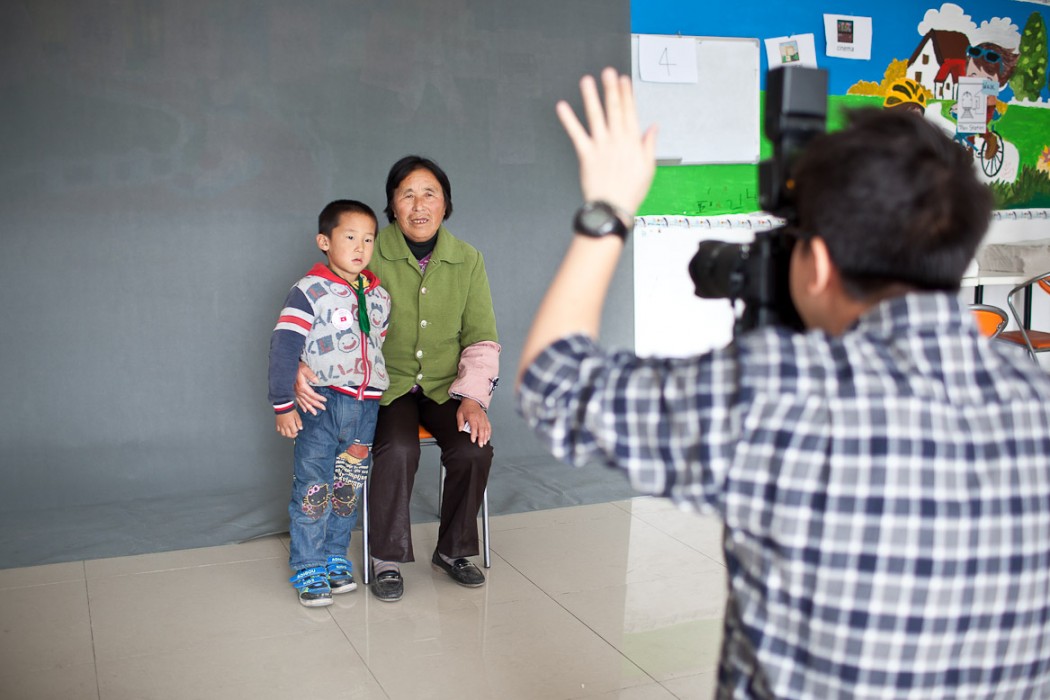 This past Saturday, the Help Portrait Shanghai crew met in the outskirts of metropolitan Shanghai in Pudong, outfitted in face masks. The Linzhao Xincun metro station faced a massive highway that was obscured by the ceaseless filthy smog that has plagued Shanghai for the past few days.

But the hazardous air pollution wasn’t going to stop us from having a ball of a time photographing and mingling with migrant families. We entered Guijing Migrant Village where we were setting up in the New Citizen Life Centre. The community centre was established by Xintu, a Shanghai-based NGO that supports migrants through a provision of education facilities for children and adults, health services and capacity building.

This is the second year we’ve photographed at this community centre but I was very pleased to see new residents being brought in by the NGO to take, for some, their first ever studio portrait.

Here is a breakdown of what made that day such a success:

215 migrant families from villages in Anhui, Jiangsu, Jiangxi, Sichuan, Hubei and other provinces

1 Doreamon toy affixed on a camera flash to distract children

Smiles that went on for miles. 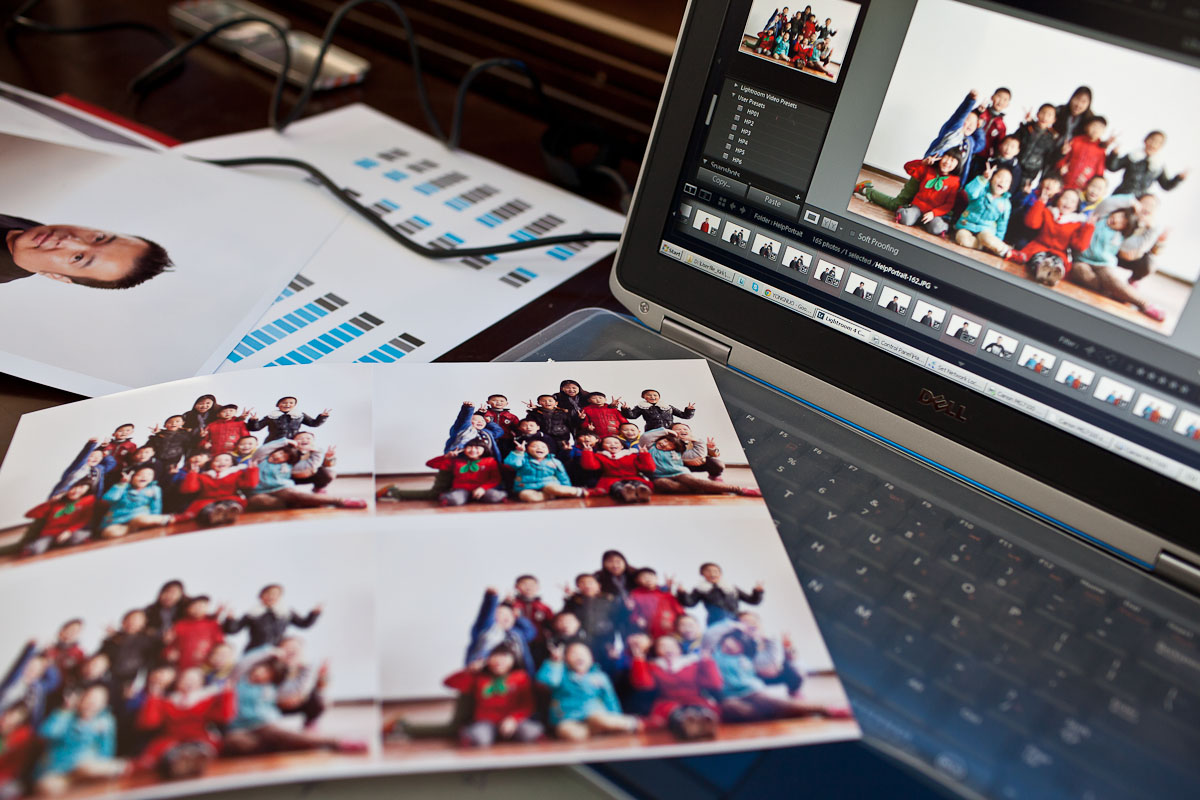 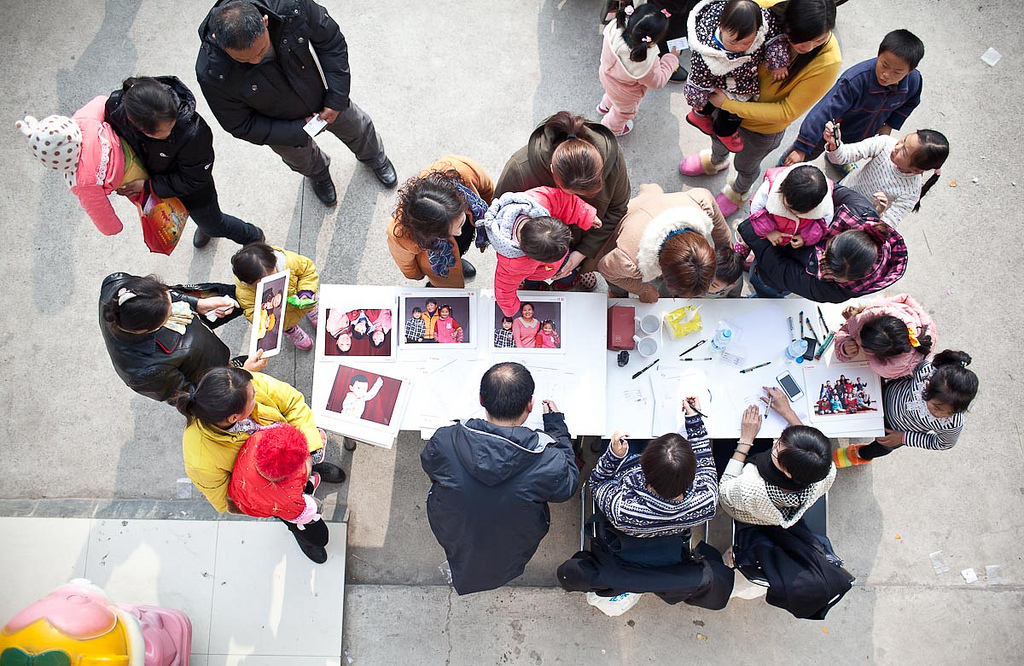 Frank Langfitt, the Shanghai correspondent for the American National Public Radio (NPR) joined us that day, interviewing and photographing both the Help Portrait team and the migrant families. He featured us in this heart-warming piece, “For Working-Class Chinese, ‘Picture Day’ Is A Rare Treat” which ran on my all-time favorite segment “All Things Considered“. NPR was a big part of my life living in Washington DC, funny how things come full circle.

For those who are not familiar with Help Portrait, it was first started in Seattle, USA, with the idea for photographers to give back to their local community through their equipment and skills. This takes place every first weekend of December. Organized by the Shanghai Flickr Meetup Group, this is our fifth year doing this, and the efficient work flow we’ve generated is a reflection of our experience. We’ve been trying to encourage more photographers in other Chinese cities and I’ve shared working guides on how to make that happen. 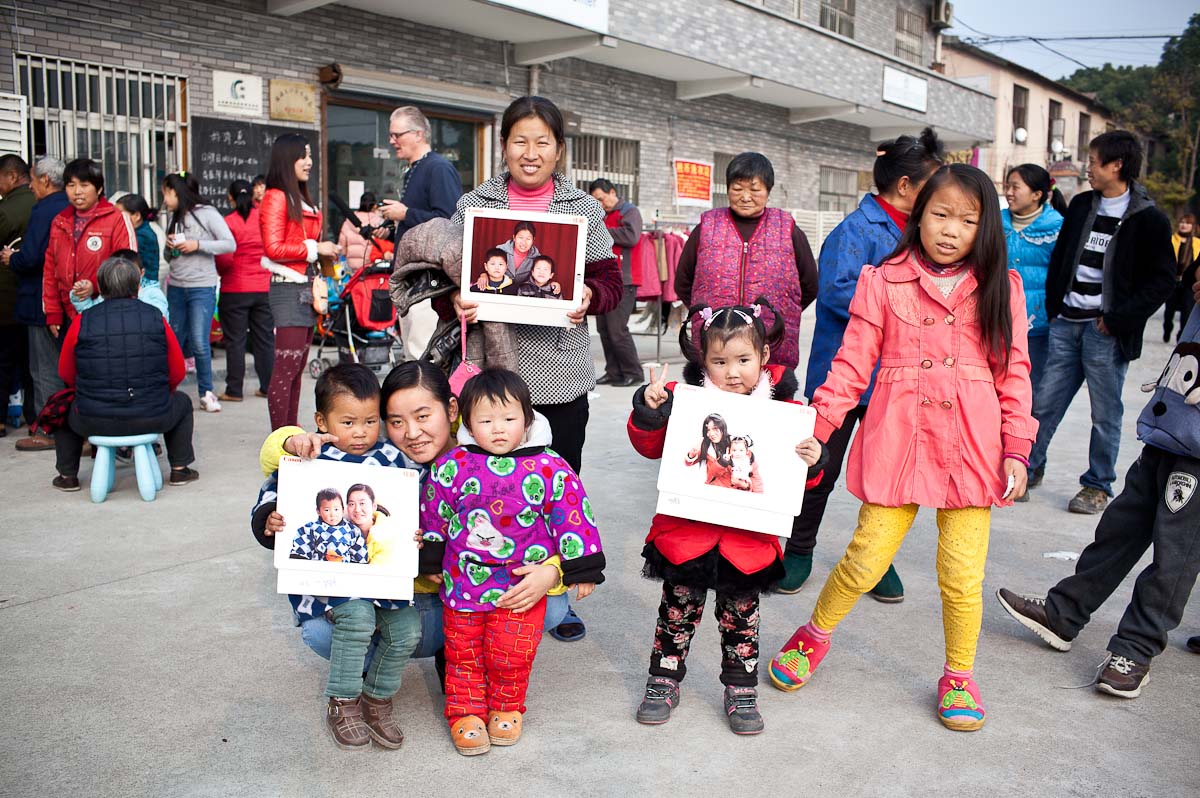 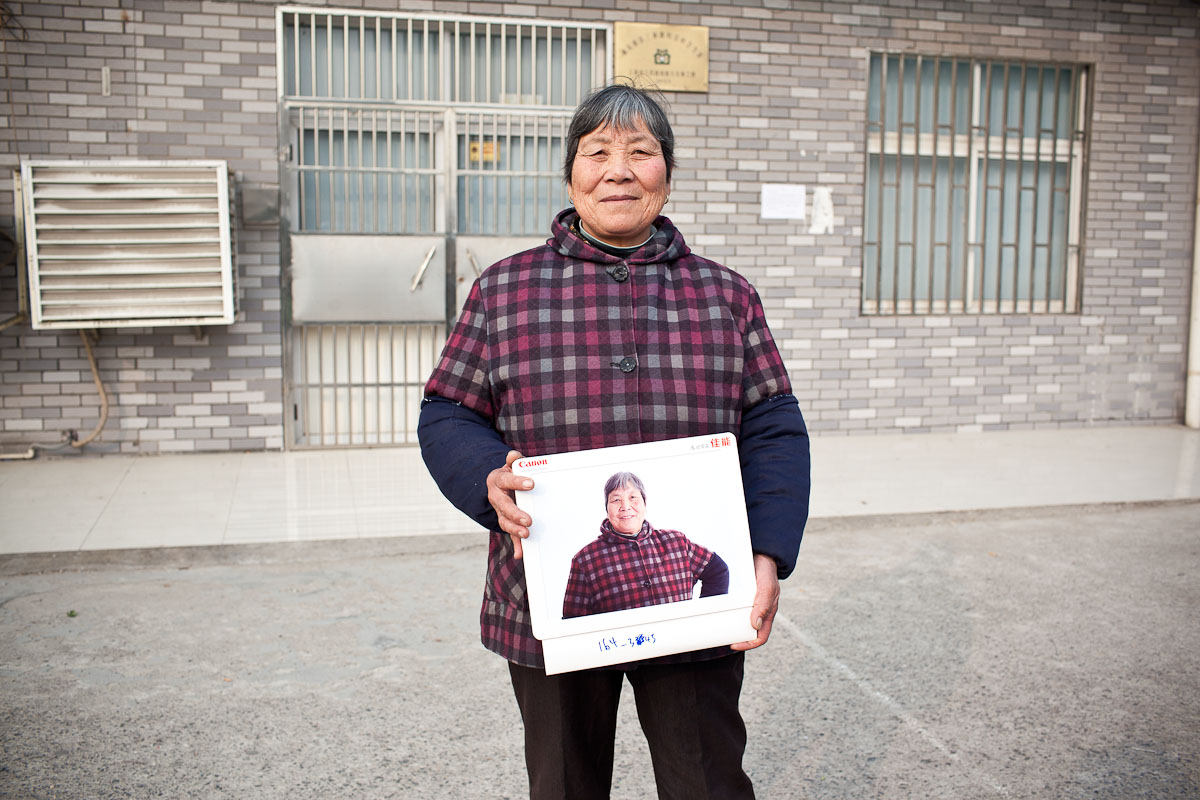 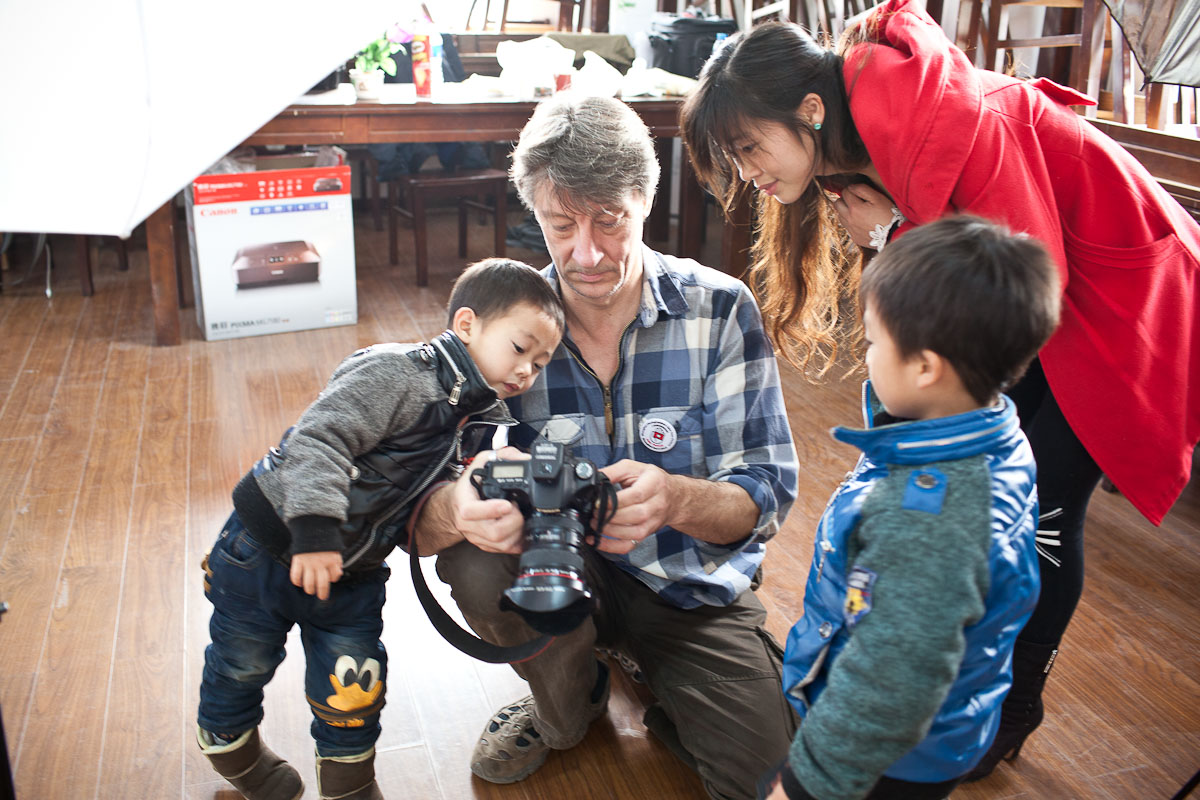 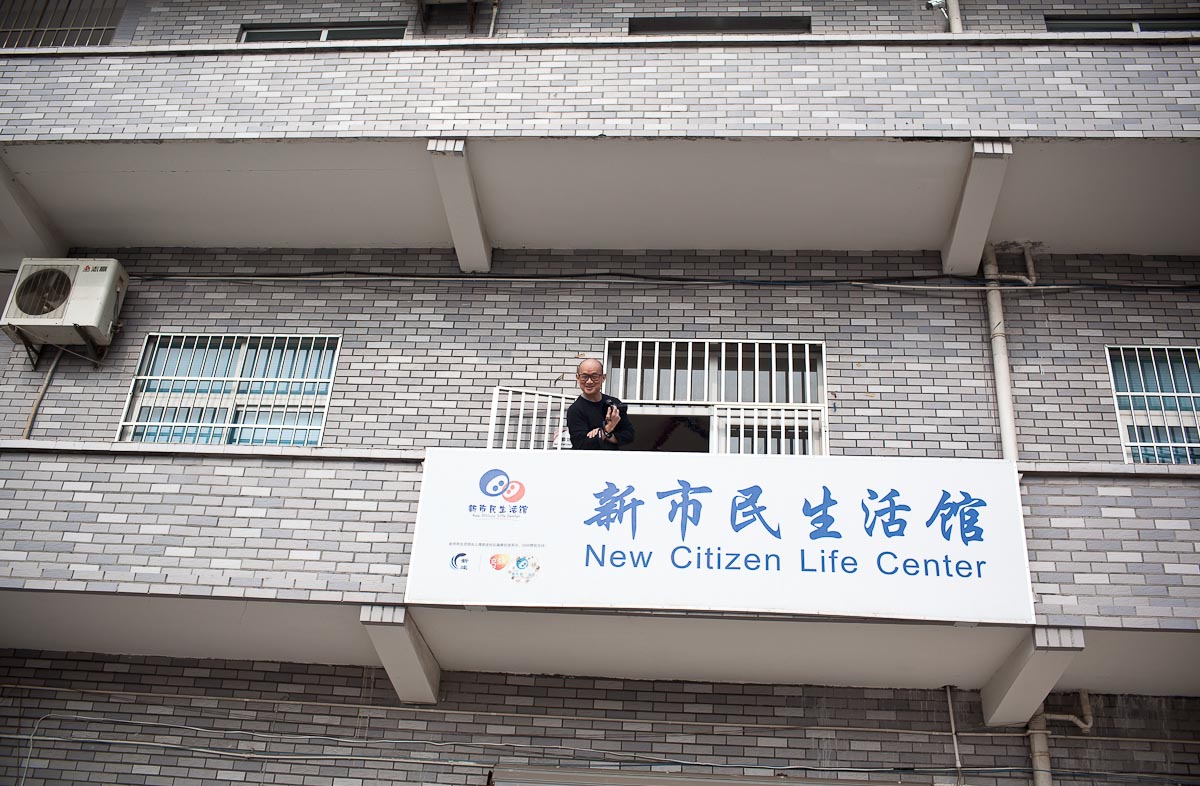 Not to dilute the generous feature that NPR has given us and the underlying focus of the day’s events, the term “working class” used as the title has stirred a bit of a discussion within our group. How does one define working class in China, and are migrant workers considered working class or working poor? With the benefit of  a long-form blog, I plan to go into detail in a later post about the background of Guijing Migrant Village, which is atypical of migrant villages which have sprung up on the fringes of China’s booming metropolises. They have fundamentally shaped and supported China’s economic boom but the problems that have emerged from shifting urban-rural dynamics in the country remain the Chinese government’s greatest challenge in the next generation.

I’m very pleased that Help Portrait Shanghai’s five year efforts have received a bit of attention along the way. Help Portrait as a movement has swept across the US and around the world, and I really do hope this will take off more enthusiastically in China. There are plenty of migrant families in China who would hugely benefit from a small gesture that goes a long, long way.

Update: A Photographer’s Eviction from the house on Yulin Road

Note: This was originally published on 6 January, 2011. I have since updated it upon new details revealed. From a distance, the row of European-styled houses stood out…