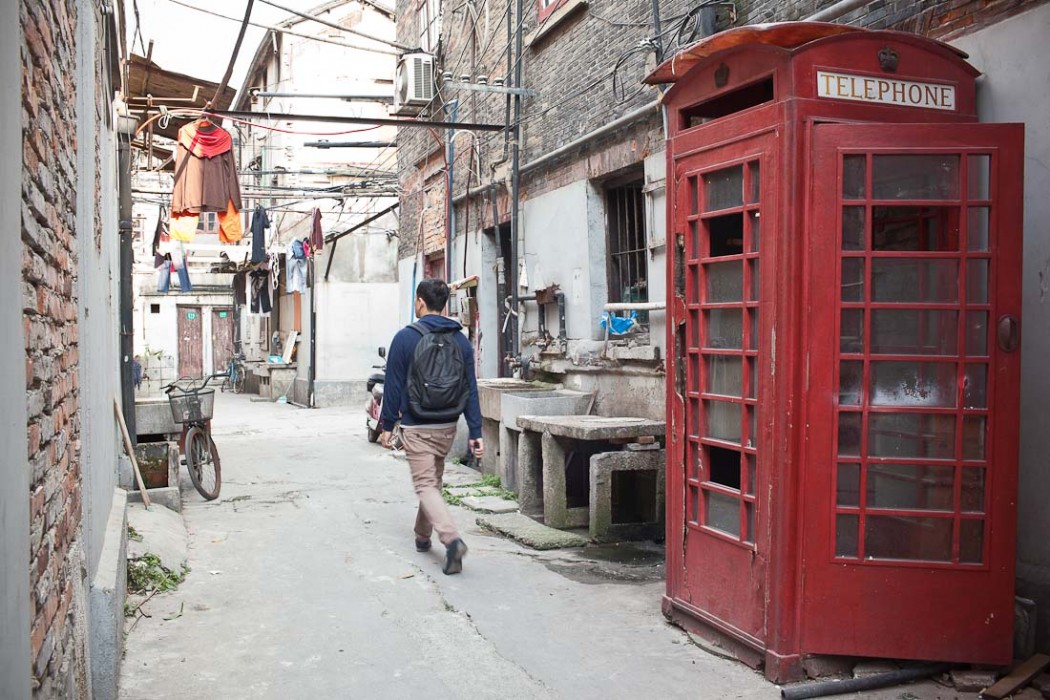 Shanghai has been enjoying spectacular weather over the last two days. Slim puffy white clouds drifted across clear blue skies, basking in brilliant sunshine. The brisk cold air added to the freshness of air and mind.

Staring out from my side of the skyscraper with a cup of coffee in my hand, you could see the never ending horizon of building upon building that define this sprawling metropolis.

Unaccustomed to such clarity in weather, it was as if Shanghai was featured in technicolor like a 1980s photo.

I tapped happily into my phone to a friend, “It makes you fall in love with this city all over again.”

The change in weather has lifted the general post-(Western) New Year glum and hectic work schedule. Chinese New Year holidays are round the corner, and office workers take long strolls after lunch to enjoy the sun chatting about plans.

I ducked out over lunch to Huangpu district to visit a small lane that had been lingering in the back of my mind. It wasn’t anything spectacular, I knew a family and wanted to hand them something. Outside their courtyard, I came upon this London-styled telephone booth which amused me. The city’s euphoria over a spot of nice weather reminded me of the Big Smoke enjoying a rare rain-free spring day.

I asked one of the neighbors if he owned it. “They were going to toss it after tearing up some roads for a new development. I had a friend bring it back here on a truck. I’m deciding how to sell it.”

I grinned and swung the little booth door open. “You’re like a little London tourist spot here in the shikumen lane.”

He laughed, deep and jolly, and shouted to his wife in the back of the house, “You hear that, old lady? We’re like London! I told you the telephone booth was worth it!”

The wife emerged, wiping her hands on a cooking towel, and rolled her eyes, unconvinced. But the weather was too beautiful and teasing too light-hearted, she giggled a little and nodded.