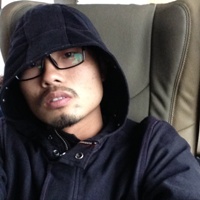 I first came across the introspective photography of Lahem (拉黑) (born 1984) on the Chinese street photography collective Zaijietou.com (meaning “in the street”). We finally met in 2010 at the Shanghai Photography Night run out of Dada Bar. I recalled him a shy but excitable man, and in the few times we’ve spoken over a dinner here, an exhibit there, I’ve grown to admire his passion, thoughtfulness and resolution for his craft. It could be his Chinese Literature background from Fudan University that compels him to delve philosophically about the nature and meaning of his work. Or his small town roots that highlight the contrast of his generation in China’s hyper urban society today.

There is no denying Lahem’s talent for photography and editorial insight. Widely published, including in Southern Window (南风窗), China’s leading commentary magazine, Lahem was selected in 2013 for the prestigious workshop run by photographer Ruan Yizhong (阮义忠), also known as “Taiwan’s Henri Cartier-Bresson“.

Currently, Lahem has an exhibit entitled《我们》or “Us” at Mogoo Café [Address:  No. 77 Fenyang Lu near Fuxing Lu / 汾阳路77号 近复兴路], running till the end of November.

Look past the timeless black and white portraits of his friends and you’ll notice most have their faces partially hidden from view, dressed in some kind of uniform, even a wedding dress, or hanging from a tree, as if to demonstrate their occupation (or is it preoccupation?). One can’t help but ask if you’re not supposed to see them fully as they are.

I asked Lahem about the motivations and message of  “Us” or 《我们》.

I began the “Us” series around the same time when I started photography. The people photographed in the series are my good friends or classmates. I’ve basically captured them in their work place or some familiar environment.

The reason I began this series is because for a very long time, I felt confused about the path in life I was supposed to take or the kind of life I wanted. I was very uncertain. I hoped that by capturing the lives of people my age, I would gain more clarity about my own life. Through this series, I realized that people around me were similarly confused and helpless. I thought that perhaps by exhibiting these photos, I could express our generation’s state of mind.

The first photo of the exhibit is of me. At that time, I was still (working and hence) in a suit. Maybe to most people, the formal attire does not really mean much. But to me, the suit was like a certain identity, a representation of success. But this aggressive pursuit (of perceived success) was incongruent with my personality, and to a degree, (this thinking) was murdering my personality, turning me into something similar to everyone else.

I wanted to convey (through this series) the relationships between our generation’s blindness and materialism with the mainstream value of being defined by our “outfit” (what we wear). Though most of us born in the 1980s or 1990s understand the importance of our personalities, we can do nothing but follow the mainstream. Therefore, we become confused and have no idea about our future paths in life.

Lu Xun said that real tragedy is when you destroy something beautiful for others to see. But people only see the meaning of the saying yet ignore all the tragedy around them. I feel that the greatest tragedy of my generation is the destruction of dreams and aspirations among young people as well as our values.

I’ve always hoped that my (photography) work would be able to lend itself through the dual paths of judgment and reflection. I hope my work does not solely reflect the younger generation’s confusion and helplessness but to raise awareness among people my age and reflect their individuality and lives.”

After attending his successful (and packed) exhibit launch, where I met many of Lahem’s friends who posed for his series, I asked him about their reactions to his work and his future projects.

SAT: How have your friends, the subjects of your photographed series, reacted to the project? Do they feel your exhibit sufficiently captures their diverse states of mind?

LH: Most of my friends really liked my portraits of them. But to a certain extent, I did not fully reveal my true intentions of photographing their inner sanctum. To me, whatever I photograph stems from my inner selfishness, as opposed to revealing my subjects’ innermost feelings. What I really hope is to be able to showcase my feelings as well as how I view their views of the world.

SAT: You said to me that the process of shooting is selfish, that your subjects are really a reflection of yourself. I see you’re still photographing friends to continue the project, do you still think this is the case?

LH: In my next series “Classmates”, I would like to delve deeper into the lives of my friends and true perspectives on their lives. But it will not necessarily be in a purely documentary style because the truth is more complicated.

SAT: Share a little with us your other projects at the moment. They seem very focused on the young generation. Do you feel that is your niche by your sheer experiences?

LH: I am also exhibiting my work at the Lishui International Photography Festival from November 6 to 11, which is a curated workshop exhibition by Ms. Ren Yue (editor note: prominent photography commentator at Renmin University). This is also related to a book I am working on regarding my hometown and roots.

The Chinese tourist in Shanghai

“Come on a cruise on the Huangpu River! Buy your tickets here!” a pimply teenager in a sweat-soaked vest droned loudly into the bustling crowd, “Our deals offer…