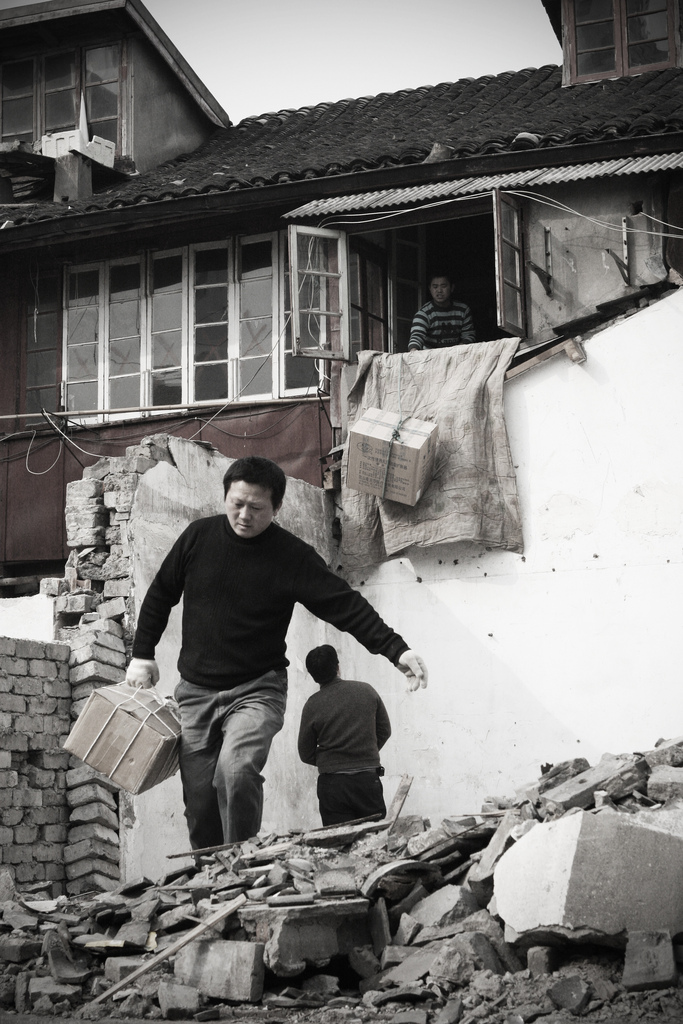 It was the same story. The area by Lanyi Dock Road (赖义码头) was half-demolished and residents have more or less emptied out.

This family had over 20 people involved – hired movers and family members – in vacating the house they owned for over 2 decades. Boxes were hastily wrapped and movers were working at a pace that was as efficient as it was careless.

The workers were in a hurry. To save time, they began to haul boxes out of a window.

“Not so hard!” the owner screamed as a worker roughly dropped a box onto the floor, “I’ve got valuables in there!”

Separated by a wall, demolition workers were busy tearing down an adjacent house.

Down the road, I suddenly noticed a man wheeling a mattress into his house.

“Are people moving in?” I asked a former resident standing next to me.

He scoffed. “Why in the world would anyone move in when they are demolishing the place? They must have just bought a bed, that’s all.”

He shook his head, “It wouldn’t make sense for anyone to move in here at this time.”

It’s official, summer is here and everyone is on vacation. Couple that with the allure of the World Expo, friends and family are pouring into Shanghai in…