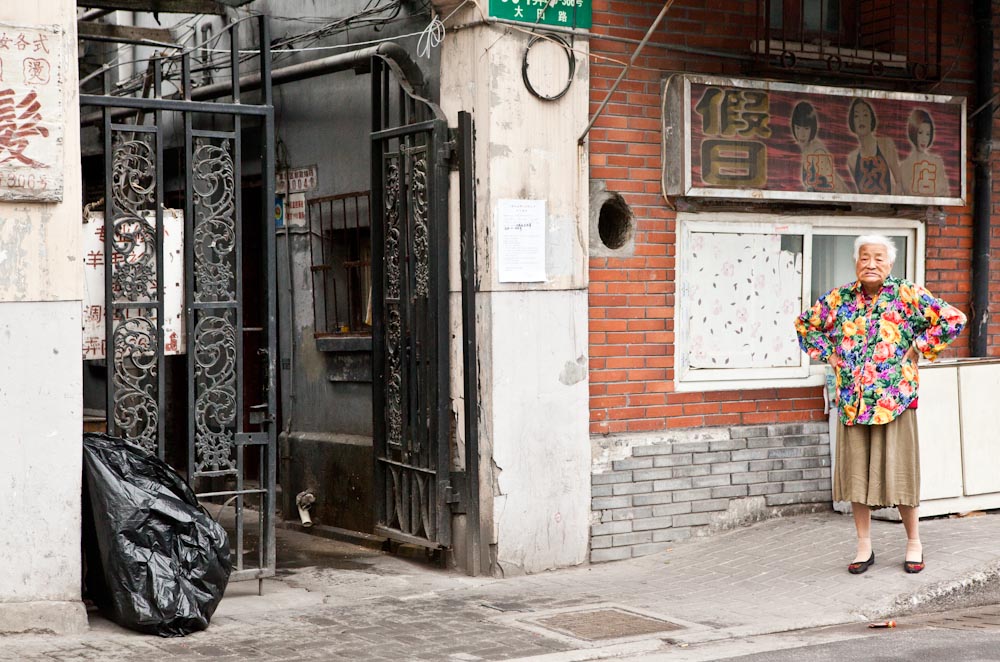 Today’s links are all about Shanghai and China, and how the past and present influence and haunt each other.

– Bai Xiaoci has been photographing his series, “I Live Here” since 2004 where he captured residents in their homes across China’s many cities, from migrant workers to wealthy middle to upper classes. Bai has chosen whimsical personalities where their surroundings, regardless of their income status, reflect their interests and circumstances. He breaks down the individual from society.

In the same vein, I thought the above photograph suited to the eccentricities and homeliness of one of Shanghai’s oldest shikumen housing and longtangs, Siwen Lane (斯文里) in Jingan district along Xinzha Lu (新闸路). I spent two weekends photographing the area and have discovered, to my delight, new historical tidbits. A more detailed post soon.

– Maurice Dusault of Tiny Carousel has put together a lovely and haunting video of Shanghai’s Old Town or 小南门. I started shooting the area from 2009 but it’s been a while since I returned and it just gets more depressing. While most of the housing is rather dilapidated with no proper indoor plumbing, the mass demolition has been rather unjustified as there remain beautiful merchant houses that preceded the French Concession.

– China’s urbanization story is often told through the lens of Chongqing’s staggering development. Ian Johnson writes for New York Times of the Chinese government’s plan to move 250 million rural residents into newly constructed towns and cities over the next few decades. He highlights the potential problems of how to actually accommodate this structural shift, including assuring the rights of rural migrants in large cities.

– Time’s Lightbox featured a very well-written piece on photographer Zhang Yaxin who had worked under Jiang Qing, Chairman Mao’s wife, to document the evolution of proletarian plays, the Model Operas.

“Mao and Jiang envisaged the carefully scripted performances that idolized revolutionary heroes being produced in every town and village across the country to inform the masses about revolutionary history and reinforce Mao’s unique brand of communist subjugation of the individual will to the greater good.”

Zhang acknowledged that it was his farming background that was deemed politically suited to the job and protected during the tumultuous Cultural Revolution. “There were only three Hasselblad cameras in China back then, and I was given one,”.