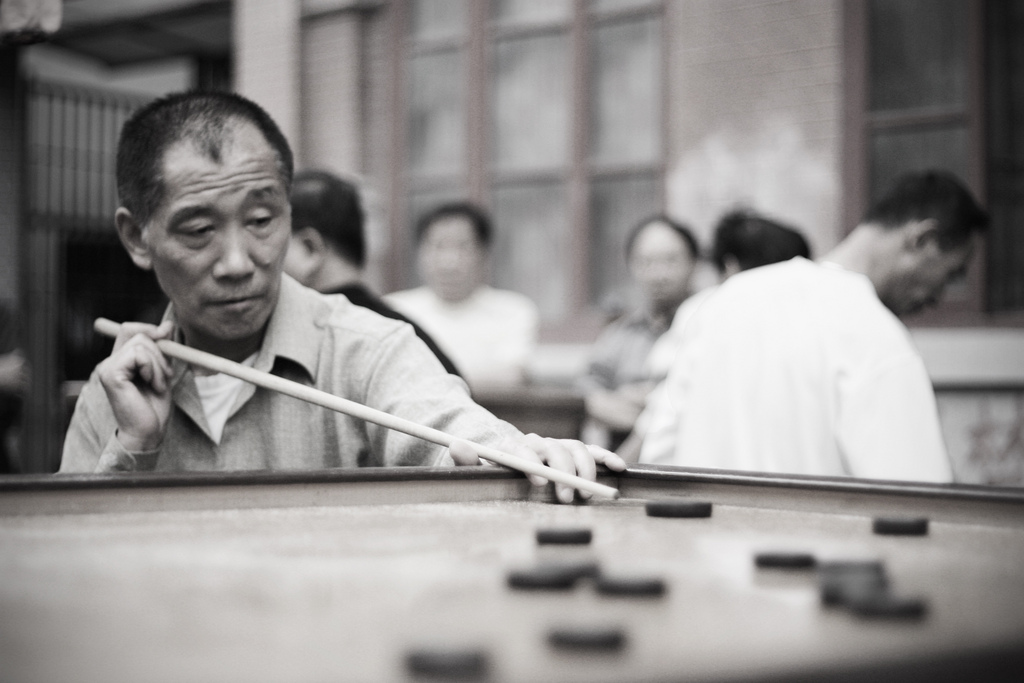 The balmy autumn afternoons seem so far away now that the cruel mistress that is winter taunts us with a wet chill that seeps into bones and dulls the heart. Compared to Northern China, which is gripped in its coldest winter in decades, Shanghai has it easy.

Still, I’ve never been a fan of this particular season as the gloomy blues come as quick as sunset and Shanghai is rarely graced with the kind of elegant snowfall that silences the chattering locals.

Yet, cold weather has never prevented this group of retirees from gathering for a game of carom (康乐球), a cross between billiards and table shuffleboard. With two sets of carom tables set up along the sidewalk on Zhoushan Lu in Hongkou, they attract the occasional tourist and plenty of neighborhood traffic. But their concentration rarely waivers. They are deadly serious about the game for there is a running score for the neighborhood players and money occasionally exchanges hands.

It has been more than a month and a half since I embarked on what I have titled Shanghai Street Stories: The Roving Exhibit. I have refrained from…