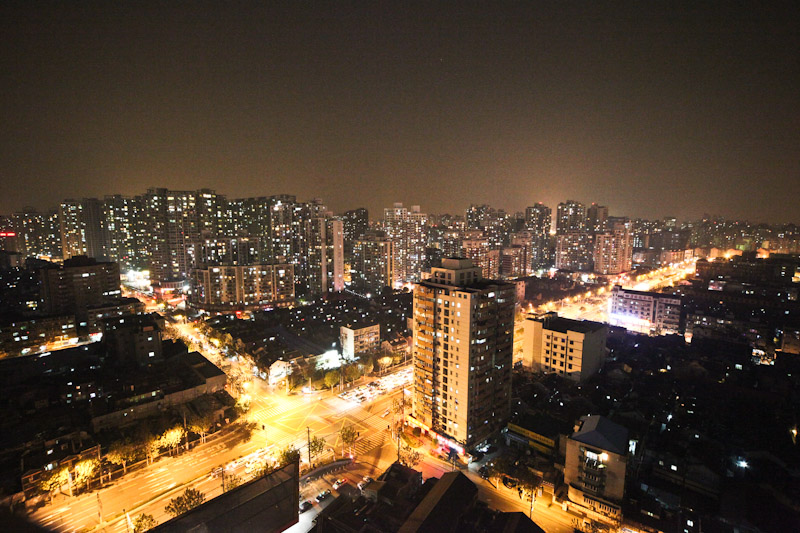 Standing on the roof under the darkened sky, I felt the wind knife through me, chilling me right to the core. At that moment, the lunar eclipse was taking place. From my 27th floor, the moon looked as if it was being slowly eaten up by a menacing black cloud.

I willed my icy palm to clench and unclench lest it go completely numb. The temperature had dipped to around zero. Cold was too mild an adjective to describe my already fatigued state.

I wasn’t there to photograph the eclipse. Nor was I enamoured by the spectacular view of the Pudong skyline to my east.

Rather, peering westward, I marvelled at the pulsating lava of light and fury stretching through a major artery of Shanghai, against the twinkling of the cookie cutter buildings that sprawled endlessly into the distance.

Oddly enough, this view defined Shanghai’s urbanisation, but not its unique characteristics. It could be any major other city in China, or even the world.

The soundtrack of such a nightscape was soothing. Incessant car honks and whirring engines blended together into a symphony which was muffled by the cold dense air.

For the next few minutes, I shared a quiet moment with the city, marvelling at its energy. Until the wind picked up again, forcing me to steal indoors for much needed warmth and back to the party.

What I am reading: Three foreign perspectives on China

How do we as foreigners view China? Beyond the tired observations of the darker side of urbanisation, weathered and beaten portraits of the under-classes, what do we see…