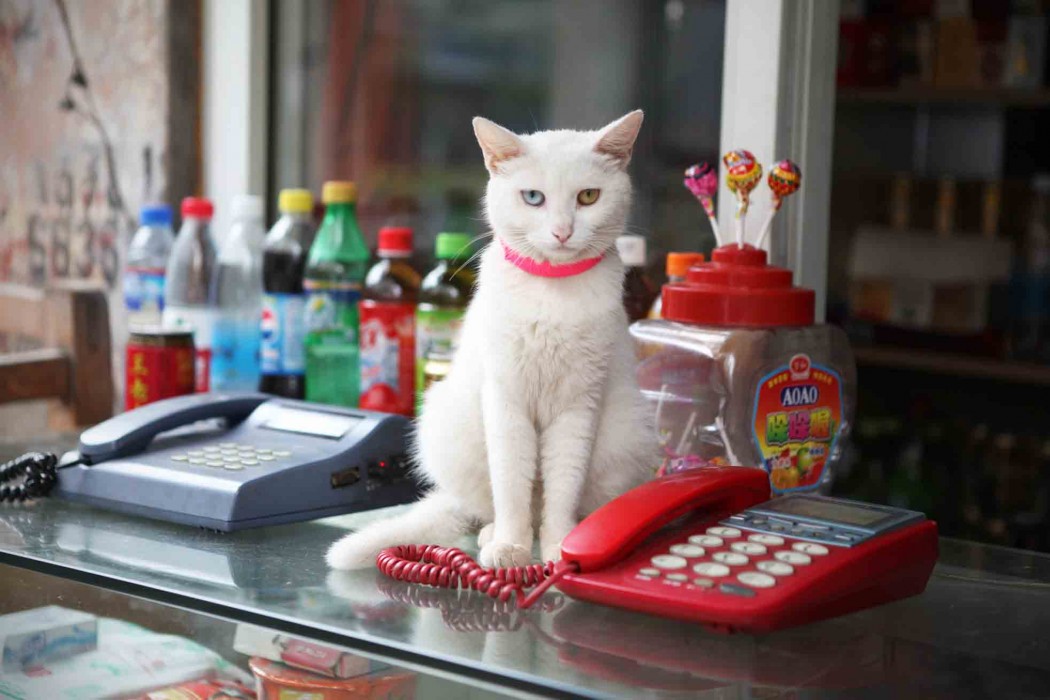 I’ve encountered my fair share of pets while roaming in old neighborhoods. Live poultry aside, they range from scruffy half-heartedly adopted dogs and cats that looked like they needed a really good wash, and the celebrated category of toy pets, excessively groomed and beautified.

As the city becomes more compact and kids grow up and move out of the family orbits, older residents have taken to lavish greater attention on their pampered poodles and slick felines. But dogs definitely remain a greater status symbol due to the one-dog policy in Shanghai and the tedious registration process of owning one.

Ironically, the greater amount of time and attention lavished on these dogs has resulted in their declining loss of dignity. I’ve seen poodles with their ears and bob tails dyed a horrific green or pink, beagles and Yorkshire puppies uncomfortably squeezed into stuffy dresses and tiny shoes, hoppity hopping along the sidewalks. 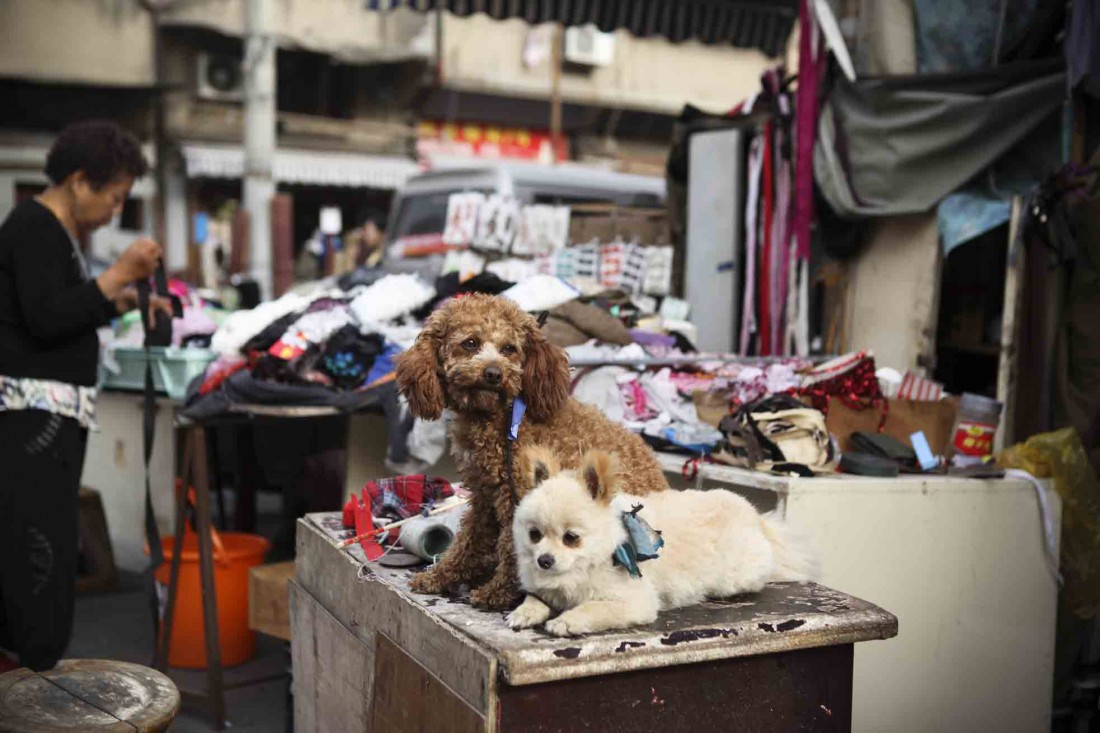 In one breathy gush, an elderly resident described to me how his poodle sleeps in the same bed as his daughter and the extensive wardrobe his pet now has. Meanwhile, said poodle sat next to his master, scratching uncomfortably in its new pair of “Addidas” running shoes. At a street market, a middle-aged woman was buying yards of ribbon to decorate her dogs, entwining them in blue, pink and gold.

Cats, on the other hand, would roam alone, lying languidly on roofs and window sills, watching the world go by with great suspicion feigned by disregard. More often than not, they tend to be strays, or “domestically challenged”. Whatever the color of their fur, ginger, striped, pale or dark, they would be tucked in cracks in the wall or hiding under the eaves of roofs. When you’re shooting in quiet old longtangs, these cats can be your companions, quiet and unassuming. Sometimes, they are so stealthy, you wouldn’t notice them until you see a pair of shiny eyes staring back at you from a dark hole somewhere.

And once in a blue moon, theirs eyes are of different colors and they can be mesmerizing.