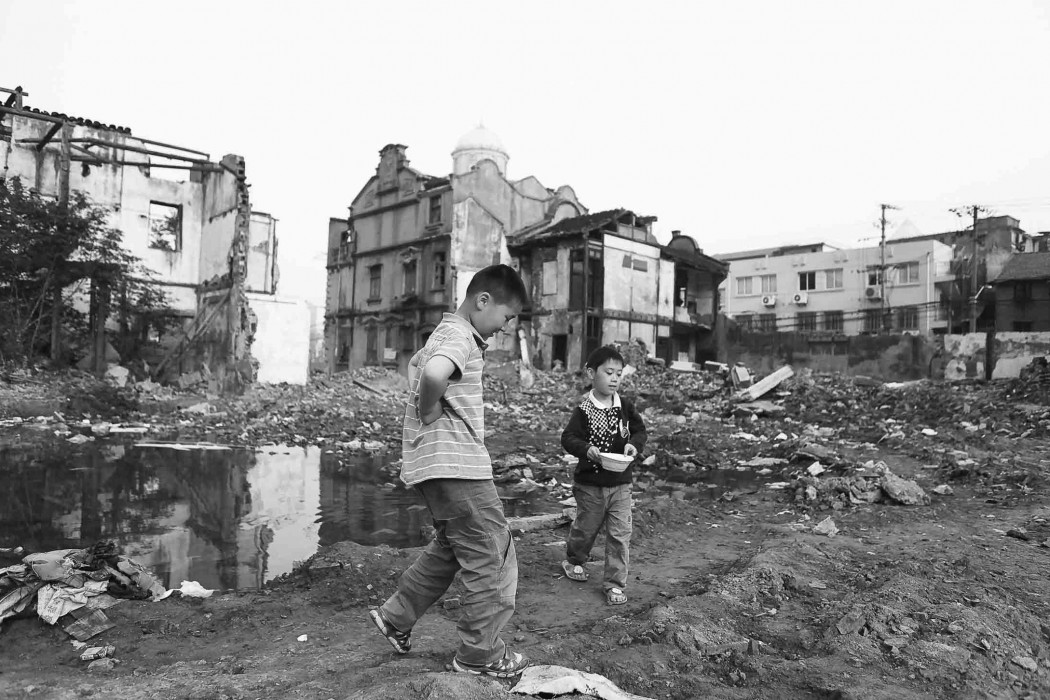 The boys were on a mission.

Focused and resolute, the objective was to build a faux irrigation ditch to channel the trickling stream of water cutting across the dusty road along Wanyu Street (万裕街).

Demolition has stepped up considerably north of Wangjiamatou Lu (王家码头路) to give way to the third phase of the current luxury estate called Bund House* which faces the Cool Docks. 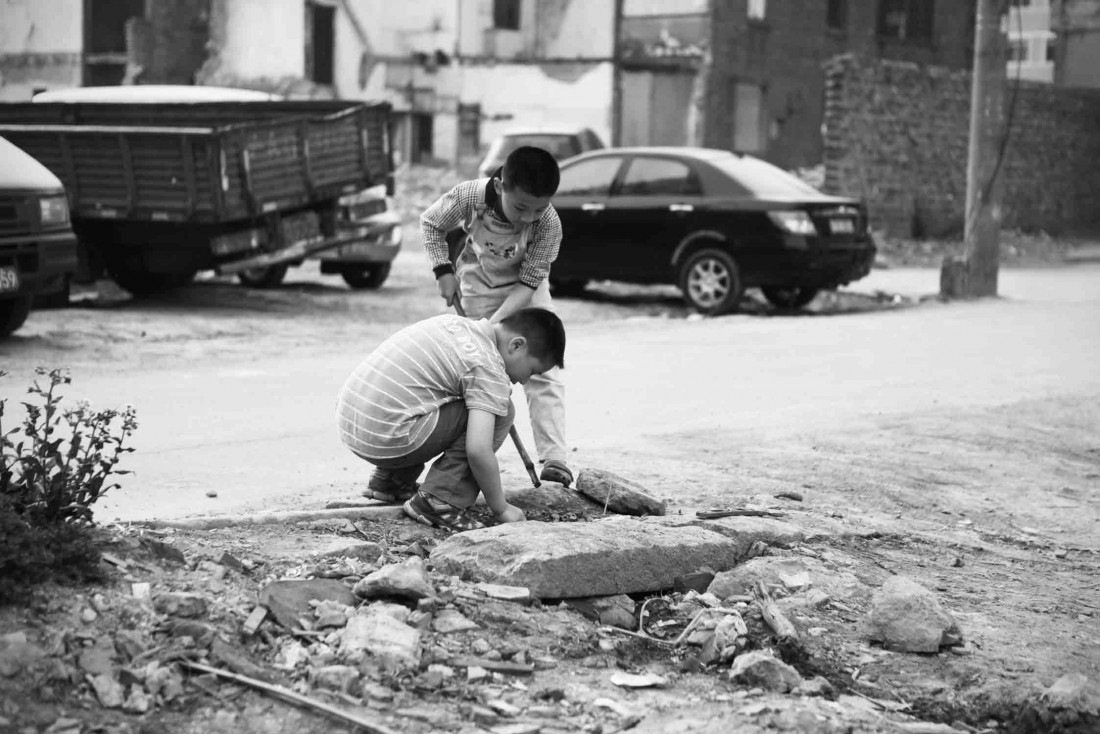 The two young leaders of the operation were unsuccessfully digging the ditch with a stick. Sweat beaded around their foreheads as they furiously prodded and pushed the soil. In the background stood a stately old house with beautiful fixtures, quivering on its last leg of life.

“We need more water!” the tall lanky one shouted. Two smaller boys ran toward a filthy lake, created after a heavy rainful, and began scooping water with whatever they could find. One cleverly used abandoned styrofoam bowls construction workers used for takeaway. Another filled up empty soda bottles.

As I watched them dip their hands into the brownish and muddy liquid, my hand automatically began scratching an imaginary itch on my ankle. Fleas and bacteria are rampant in demolition sites, the humid summer is like a Mardi Gras party for them. 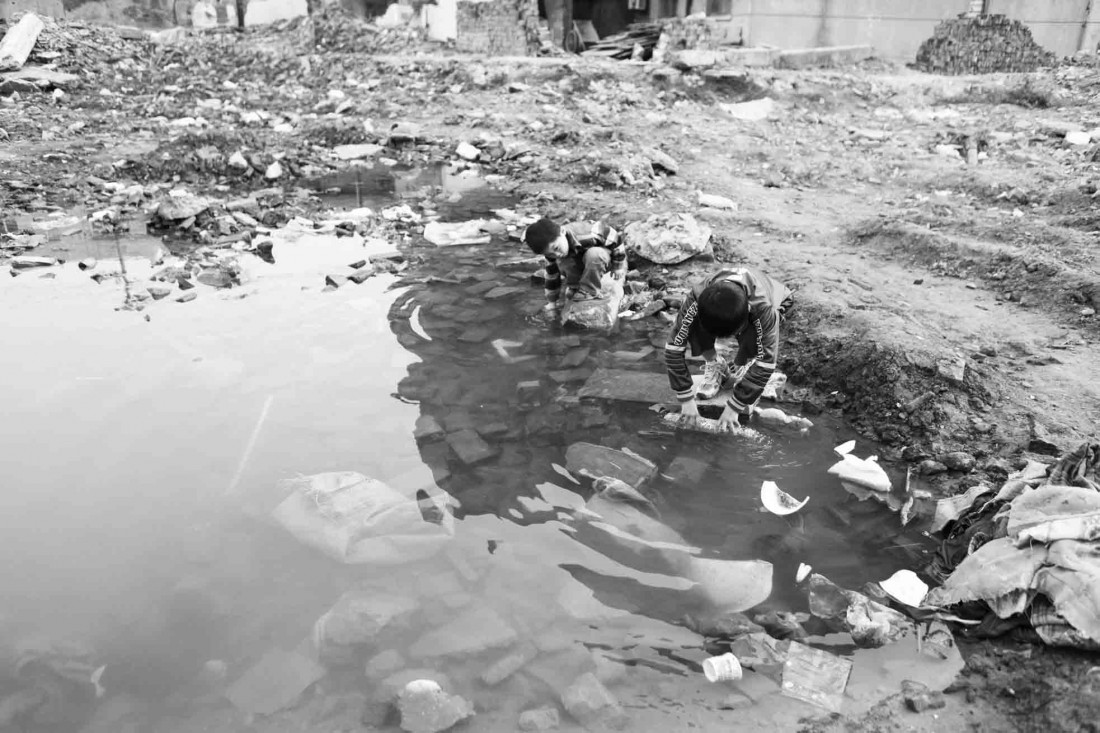 Amongst the team stood a small boy of maybe 5 years old, bereft of tools and creativity. I told him that I had seen a pile of empty bowls dumped in the next street over. I had not mentioned that they looked like they were breeding mosquitoes for the last few days. He sprinted furiously in his dusty slippers, and emerged minutes later waving the styrofoam bowls triumphantly in the air.

By then, the spectacle attracted a few construction workers who squatted and smoked, amused by the childrens’ antics. I crouched next to them and joked, “It looks like they are mimicking you.”

One of them laughed, a mouth full of bad teeth, and responded, “Who would want to grow up to be laborers like us! If they study hard, they can be rich real estate developers to hire laborers to do that.” 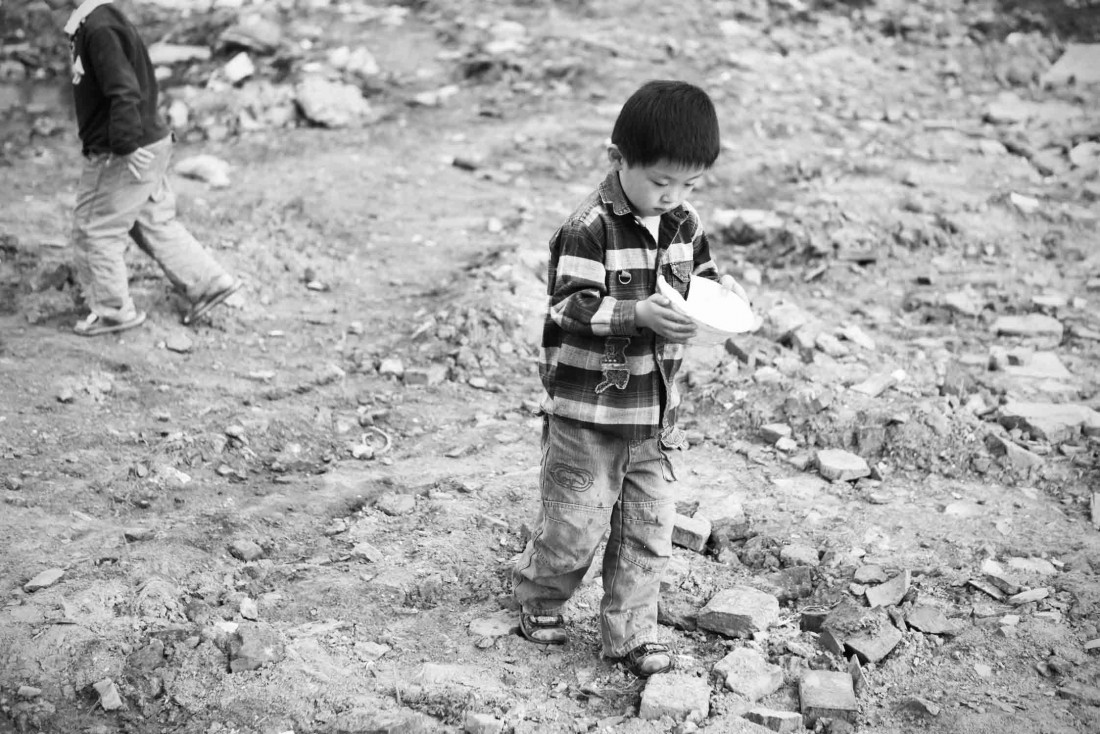 *The Bund House was formerly known as the Dongjiadu Project, and its first phase apartments fetched an average price of more than RMB 16 million (US 2.3 million).