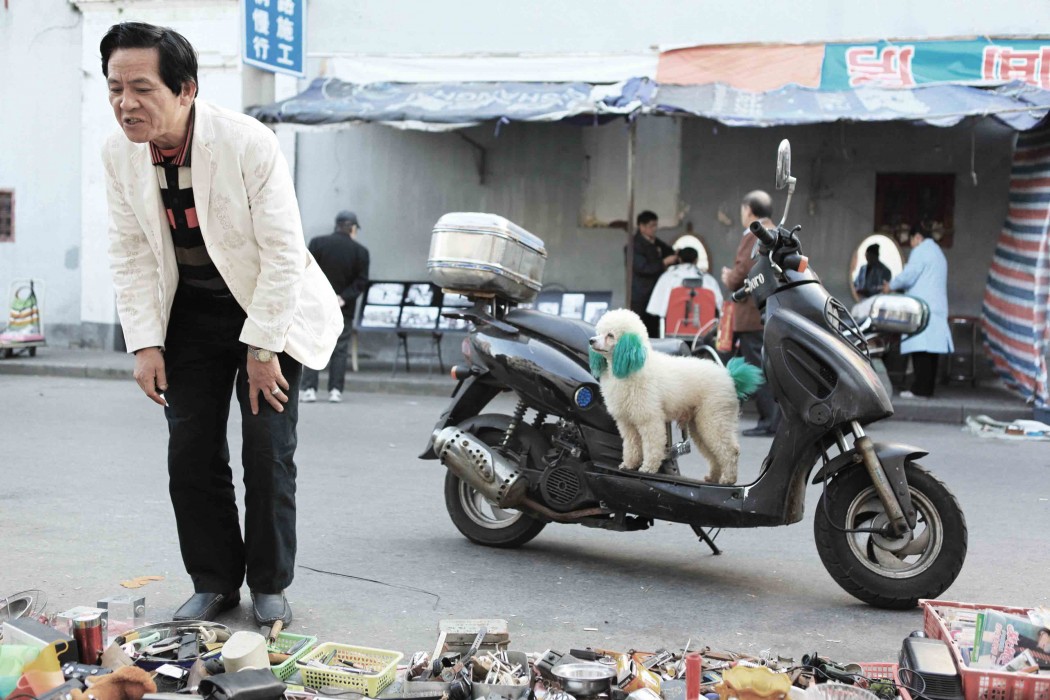 You might enjoy this interview with Elliott Erwitt who recently received the Infinity Award for Lifetime Achievement from the International Center of Photography.

The “wit” in Erwitt is no coincidence. Every street photographer aims to be able to easily capture that fleeting moment of irony and what I refer to as “double-take”. The best of Erwitt’s work is often a trick of the eye, a “misalignment” that aligns perfectly, like his famous works on dogs and human interaction.

When trying to weave stories of disappearing neighborhoods and their residents, the focus and technique are different. The subject is shot from different perspectives, and your job is to draw out the details in the most holistic yet unique manner. Tens of shots later, you invariably have enough to piece together a narrative.

But street photography requires so much more effort. You have one shot, and only one shot, to tell it all.

Erwitt had said, “It’s about finding something interesting in an ordinary place… I’ve found it has little to do with the things you see and everything to do with the way you see them.”

This may come naturally to some with a Roald Dahl-like imagination, but not to others, or definitely not me. The frenetic density of Shanghai can be a double-edged sword in street photography. With human interaction in the city like heated molecules bouncing madly off each other, the excess of activity can often be distracting. At times, I get why some people prefer to photograph nature. They don’t try to sell you fake Gucci bags or cheap roller skates.

Which is why after six hours of meandering from the Bund along Fuzhou Lu (福州路) and an equally listless metro ride home, I ended up with only a handful of usefuls I was satistfied with. Each was merely a snapshot of a time of a day. Put them together, there wasn’t much of a narrative.

I’d ask myself, why bother? Spend all that time walking alone to be jostled and hustled. What do you have to show for at the end of the day?

Again, for his 80 over years old and a lifetime of experience, Erwitt puts it in perspective:

“Photography is not brain surgery. It’s not that complicated. It’s easier now than it was before, but before it wasn’t that hard. It was reasonably easy. It’s not the ease; it’s what you do and how you do it and how you construct your life and your vision.”

So yes, we’re not rocket scientists just because we talk on forums arguing whether rangefinders or DSLRs win out for street photography. But we are out there figuring it out through our lens. It requires a positive outlook before you step out of the door, a dedication to the craft and a steadfastness in spite of mediocre work. On your worst day, street photography is as challenging as it is humbling.

Everywhere in Shanghai, people are waving cellphones, point and shoots and DSLRs. But you can always spot the street photographer. He or she is lingering in corners, sometimes for over an hour, waiting for that “moment”. We’d recognize each other on the streets, nod in acknowledgement and move on.