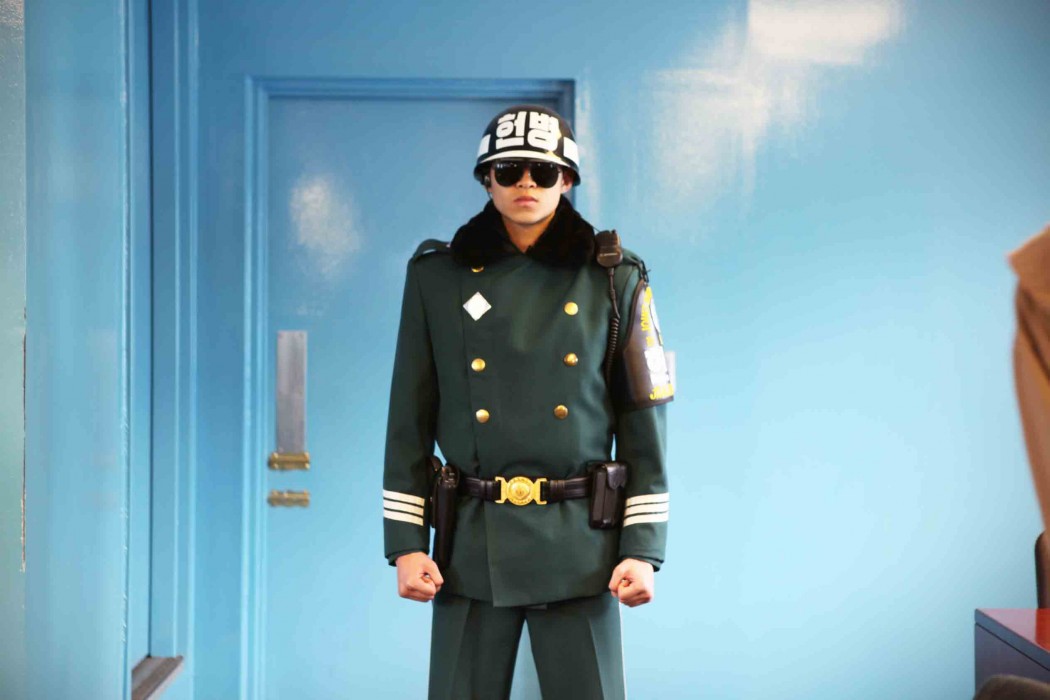 Amidst the frenzy of work, meetings and exhibitions, I forgot to mention that I was in Seoul, Korea during the early part of April. It was a brilliant trip and I’ll eventually share snapshots that best reflect Seoul’s energy and creativity. But the highlight had to be the Korean Demilitarized Zone (DMZ).

As required by law, we joined a foreigners-only tour that took us to the Joint Security Area (JSA) (or referred to as “Panmunjeom” or “Truce Village”). Established in 1953 after the Korean War, it is the only portion of the DMZ where South and North Korean military stand face-to-face. The area is used by the two Koreas for diplomatic engagements and, until March 1991, was also the site of military negotiations between North Korea and the United Nations Command (UNC).

It is located about 65 km north of Seoul, an hour’s bus ride that ran parallel to the Han River (or “Namhangang”). As we neared Panmunjeom, one would notice barb wires running along the highway, and the growing number of tank walls – hanging concrete bridges that would be blown up to block against invading North Korean tanks – artfully hidden by huge advertising billboards. 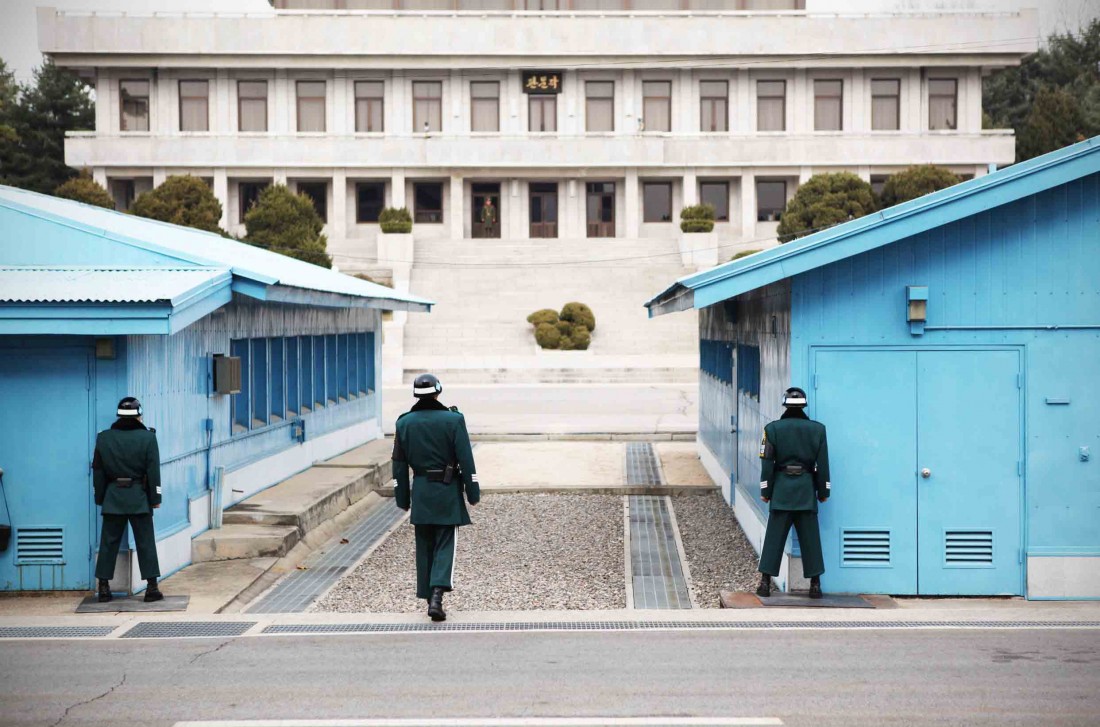 As reflected in ongoing tensions in diplomatic relations between both sides, our guide sternly warned us against sudden movements and unsolicited photography during the visit. All of which could be interpreted as hostile action against the North Korean soldiers, who could easily threaten the tour.

All photography equipment had to be examined by the JSA guard (tall and strapping South Korean boys serving mandatory military service), my 24-70mm lens barely passed muster. Another chap’s 105mm lens was prohibited from leaving the tour bus.

After a mandatory briefing about the history of the JSA as required by the United Nations, we stood on the South Korea side of the JSA, facing the negotiations tents. More importantly, we lined up like school children for the North Korean soldier on the other side to examine us through his binoculars.

Subsequently, we entered Tent 2 where negotiations had taken place up till 1991, the longest of meetings lasted for a day without toilet breaks. For the briefest of moments, we stood in North Korean territory, encased by four walls. This was as close to the Hermit Kingdom as I could get … for now.

In all corners, JSA guards stood on guard, eminating a kind of quivering, focused energy as if ready for hostile action at any moment. “Trained to kill anytime,” as explained by our guide. It wasn’t for tourists’ benefit, the tension felt real, like a powder keg waiting to explode. 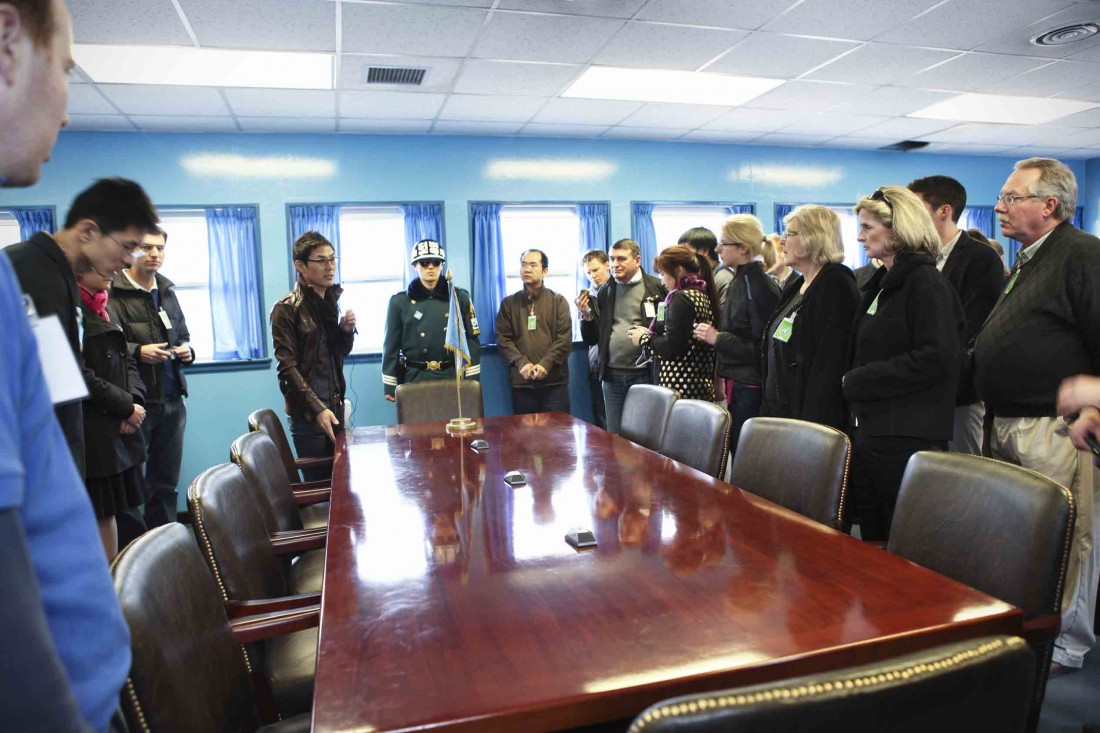 For the rest of the tour, we were shown sites of severe conflict and violence that marked the tumultuous history of the DMZ. From the Bridge of No Return where prisoners of war (POWs) were exchanged, to the “Axe murder incident” involving a North Korean-US clash over the cutting down of a poplar tree (1976), to a deadly shootout between the two sides which ensued after a Soviet tourist suddenly defected from his delegation halfway through the visit (1984). The list of incidents and incursions is long, as is the number of casualties as a result. 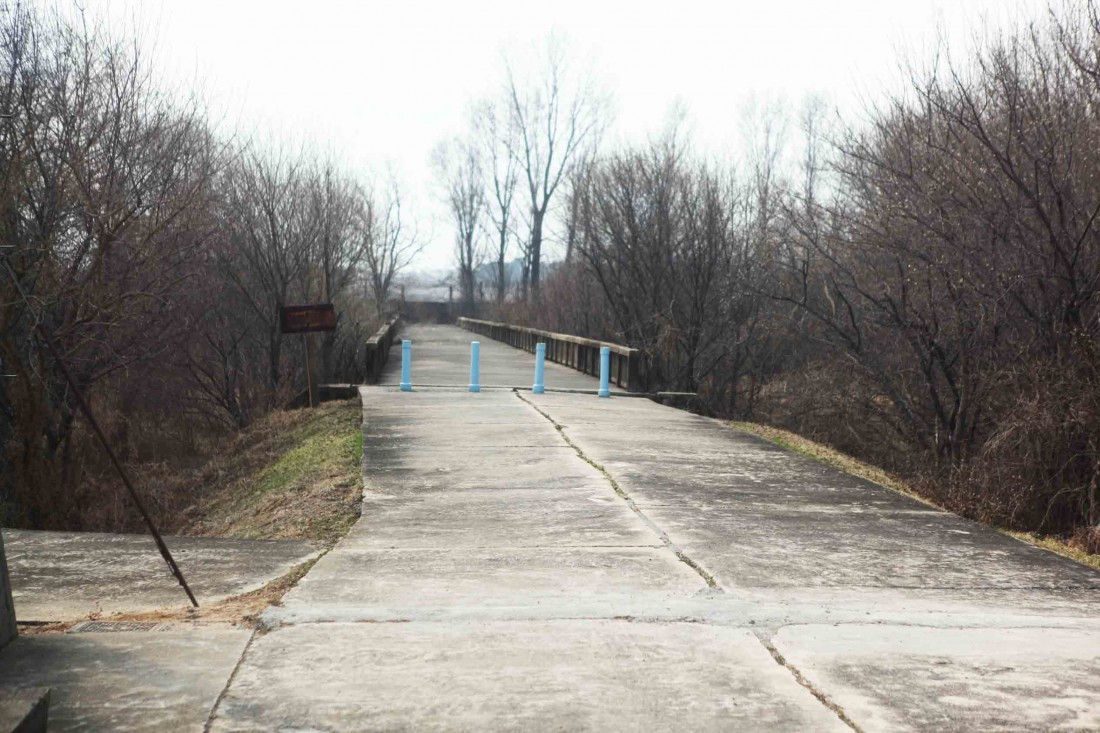 It’s hard to capture the surreal experience of coming so close to the North Korean regime. The tensions espoused by our guide seemed, at times, overly exaggerated. Yet upon learning how years of conflict had often been triggered by perceived hostile body language, remarks and even outright attacks by the North Korean soldiers, one cannot help but realize that logic and rationale should not be presupposed. Trying to comprehend the psychology behind North Korean actions required ruthless real politik and an unwavering and almost sacrificial loyalty to its Dear Leader.

A trip to Seoul would hardly be complete without a visit to the DMZ. I’ve shared multiple links within this post for anyone interested in learning more, but feel free to contact me if you have questions. 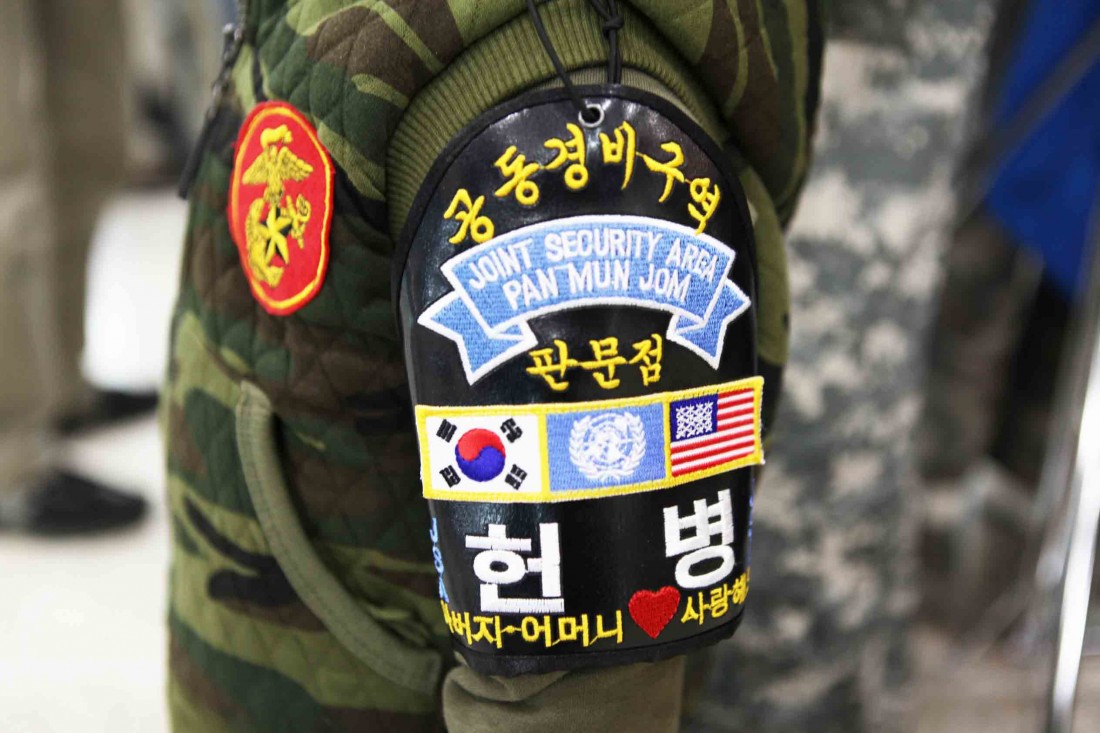 A few months ago, I joined a few friends for lunch at Tongchuan Lu Seafood market (海鲜美食街) located on Tongchuan Lu (铜川路) near Lanxi Lu (兰溪路) in Putuo…