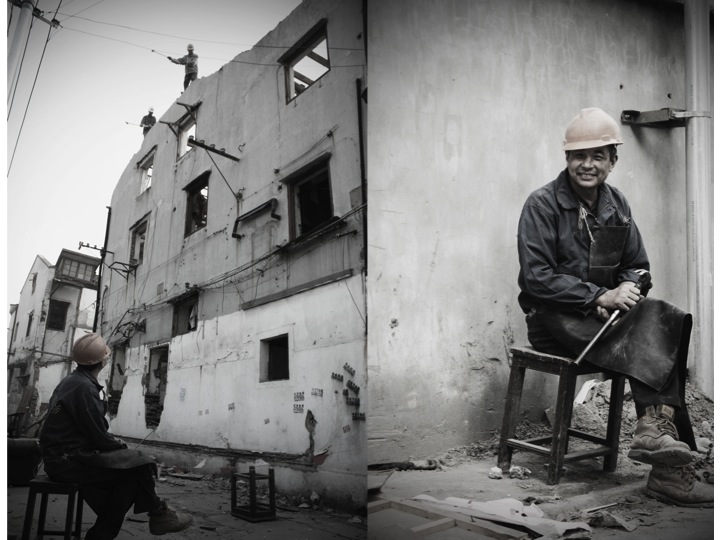 They all called me 小姑娘 or “Young miss”. This group of workers is by far the most cheerful lot since I started visiting construction sites and photographing workers around Shanghai.

“Come and take my picture!” the elder man, seen above, waved me over when he spotted me. A female worker paused from hauling debris and joked that I should take a photo for him to send home to his wife.

“Show her how hard he’s working!” she cackled, slapping her knee at her own joke.

This particular building was part of a key thoroughfare that connected one live neighborhood to the main street. Residents on their way out of the alleys had no choice but to walk through all the unsightly and dangerous activity. To get the worker’s attention, they would raise their fist and yell angrily at them to stop hammering so they can pass through, often shielding their head from debris dust coming down like a heavy mist.

So while some of the workers were having a light laugh, a handful of older residents at the end of the alley were scowling endlessly at the whole affair. For they knew that not only was their peace permanently interrupted, but their houses were next to suffer the hammer’s end.