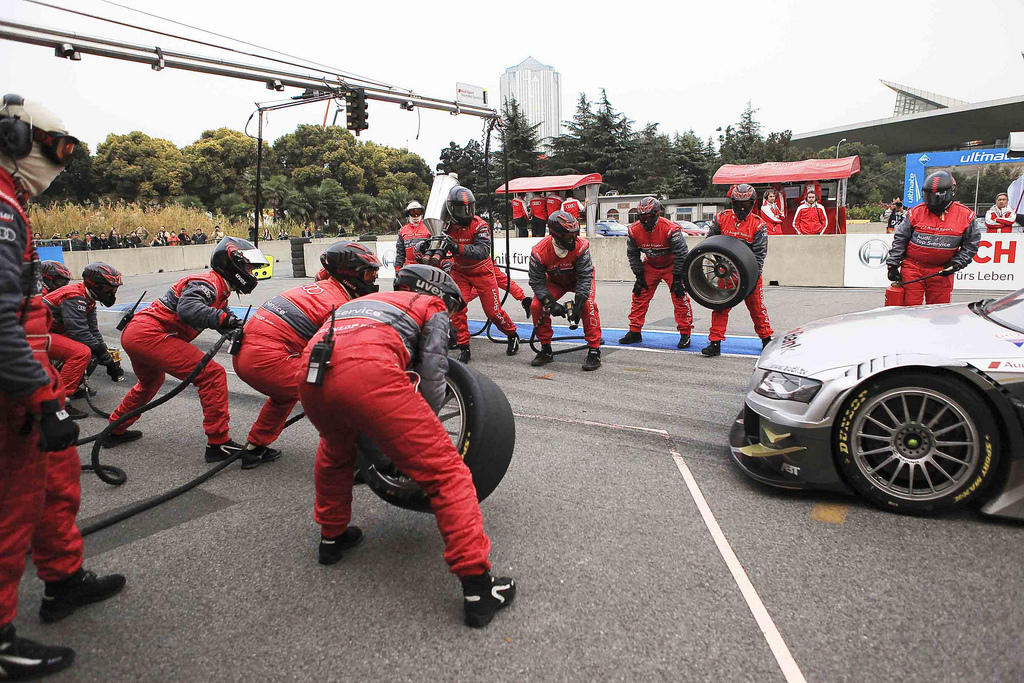 I had the pleasure of watching the DTM (Deutsche Tourenwagen Masters) Shanghai 2010, also known as the China Street Race, this past Sunday. It was held around Century Avenue in Pudong where streets were shut down for three days. If you were nearby, or had watched the semi-finals leading up to Sunday, you may have heard, or witnessed some rather epic car crashes.

I have been to a couple of car races in my time and paddock action is always very thrilling, what with the smell of burning rubber and deafening bellows of revving engines. Street racing has not caught on in China as yet but it is expected that the steady demand for high-performance cars will eventually translate into a bigger DTM following.

“In recent years, the luxury car segment in China has been growing more than twice as fast as the other segments. If everything goes well, sales of luxury cars should approach 700,000 units in 2010, a year-on-year increase of 70%,” said Zhang Xiaojun, executive vice-president of FAW-VW Audi Sales Division. Meanwhile, JD Power & Associates predicted that luxury car sales in China will double by 2015.

Attendance that day was not even close to 10,000 spectators as compared to an average of 80,000 in Europe. Nevertheless, Asia is the only region DTM has held races outside of Europe and China is a major focus for the organizers and definitely Mercedes and Audi.

The results are as follows: A thoroughly British win, Paul di Resta won the DMT championship but Gary Paffett won the race in Shanghai. Both raced from Mercedes.

Audi had an impressive rookie, Miguel Molina, who took fifth place with a very long stint first strategy where he he drove 39 laps on his first set of tires, and then stopped on laps 39 and 43 (each car makes 2 pit stops per race which consists of 60 laps).

I was in Molina’s paddock and could feel the heat emanating from the tires when the pit staff tossed them behind. It takes about 3 seconds for a team to switch an entire set of tires. Boom, boom, boom and they’re off.

I’ll spare you my pedestrian commentary. A more elaborate review of the DTM Shanghai race can be found here. 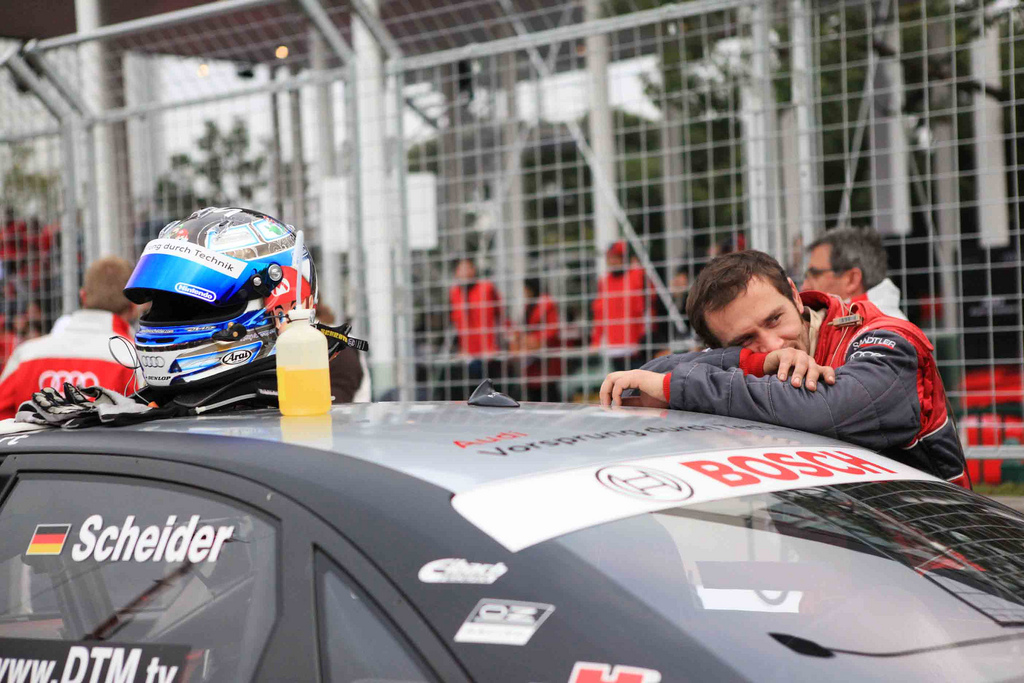