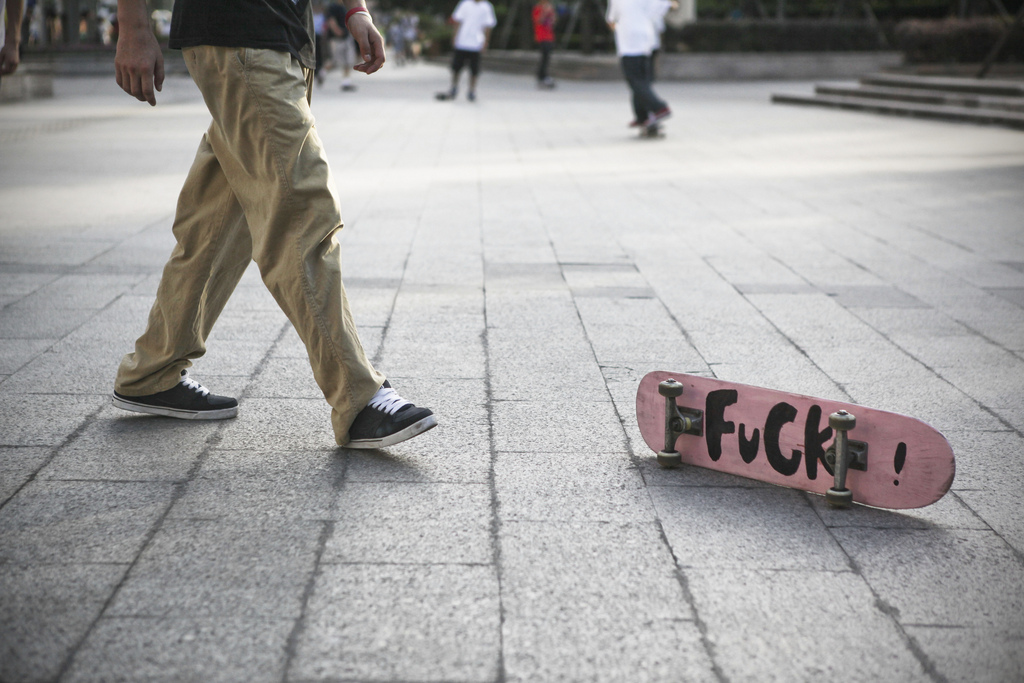 My first encounter with 万成（Wan Cheng), he yelled at me to mind my manners.

The second time I spoke with him, I had asked him to remove his shirt for me.

I had spotted the group of skateboarders one weekend at The Love Park, south of the Shanghai Concert Hall (上海音乐厅南广场), and naturally began photographing from the sides. A tall, lanky boy called out sharply, “If you want to photograph us, at least ask for permission!”

That was Wan Cheng.

I also spotted several tattoos on some of the young men. Not body tapestry like what we’d imagine on a Japanese yakuza or Hong Kong 古惑仔 (gu wai zai in Cantonese), but more modest and minimal.

One in particular stood out. The same lad who called me out the first time had a face tattooed on his shoulder blade. I returned the following week, psyching myself for some major attitude and potential rejection. Amusingly enough, I approached a group of lads and asked around to their bewilderment, “Err, do you have a tattoo on your back. No, not you? What about you? Can I lift up your shirt? No, okay.” Surprisingly, after I explained myself to Wan Cheng, his curious scowl turned into a smile and all was well with the universe.

That’s when I asked him to take his shirt off.

It turned out that the tattoo was of his mother. She lives in Nanjing and as he was busy working in Shanghai, rarely visits her. He decided to permanently ink her portrait on himself. Or rather, it was a portrait of her when she was 22. “Sure, I miss her sometimes,” he said.

The tattoo process took 3 hours given its size. “It was definitely very painful.” he winced, absently rubbing his back at the memory. The affected skin peeled for a few weeks after as it slowly healed.

He volunteered a picture of his mother that he carried in his wallet, carefully pulling out with grimy hands. The young woman in the studio portrait had a small smile and her hair in a tidy plait over the shoulder, a hairstyle reminscent of the time period.

When Wang Cheng grinned, I was startled by how mother and son looked remarkably alike with their small eyes and straight teeth.

Surrounding boys clamoured around us, wanting to have a look as well. A few teased and some guffawed but not in a disrespectful way, I could tell one younger boy was a bit confused by the whole situation.

Would anyone dare utter ‘mother’s boy’ in the situation? I doubt it. Risk Wan Cheng smashing his skateboard over your head? I’m merely kidding. But he did fling his skateboard into the bushes out of frustration when he couldn’t quite master a maneuver. He lost a wheel in the process and had to retire for the afternoon.

I’ve kept in contact with Wan Cheng since then, updating him with the last story and clarifying facts of skateboarding in China. I asked him how his skateboarding friends felt about my last blog post on them. He said, “In the public’s eye, we are all bad boys. There aren’t too many who try to understand us. They’d be pleased.” 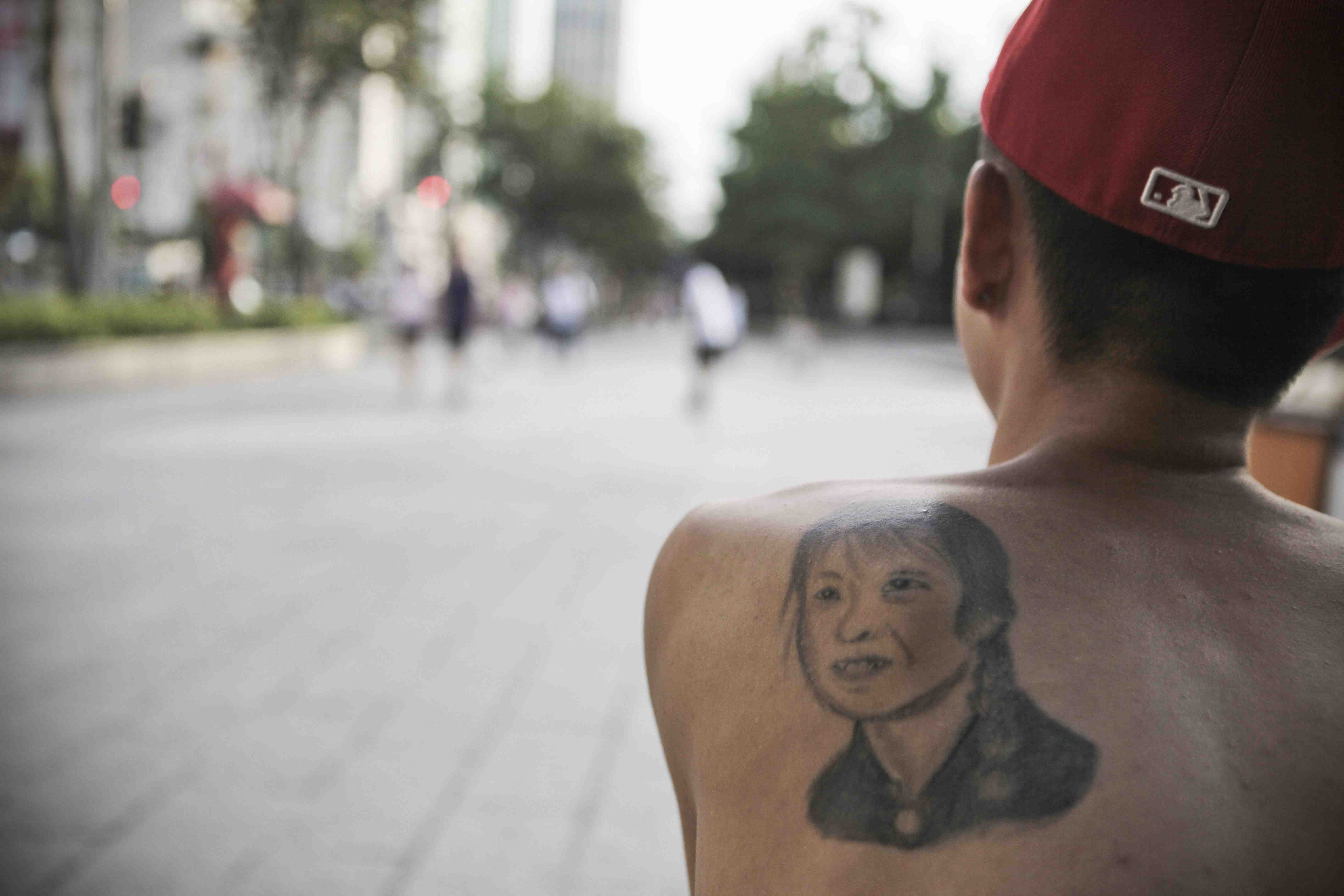 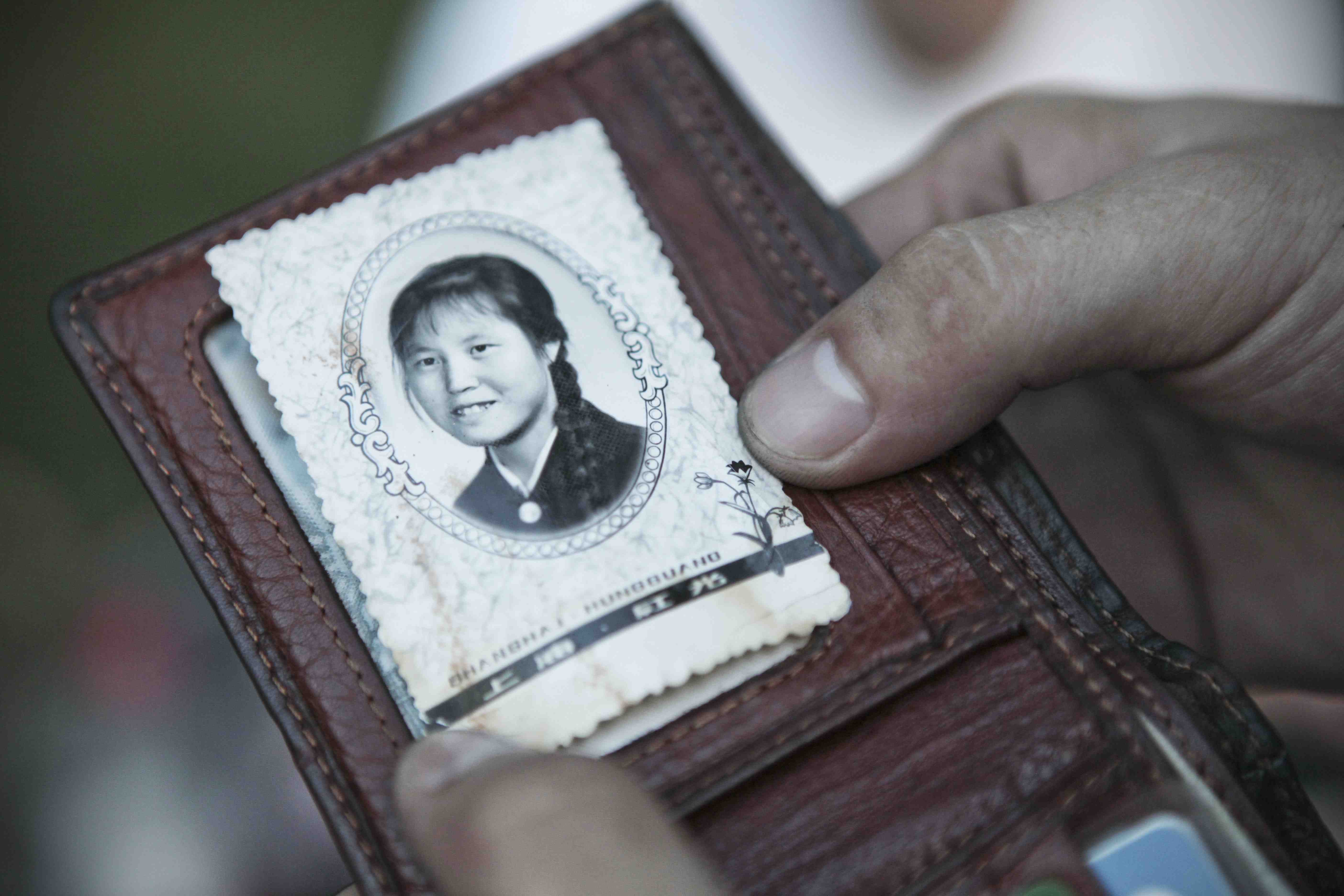 A tad late to my attempt at a Thursday/Friday post on great reads for the week but here you go! – Paul French’s annual obituary of the heritage architecture…