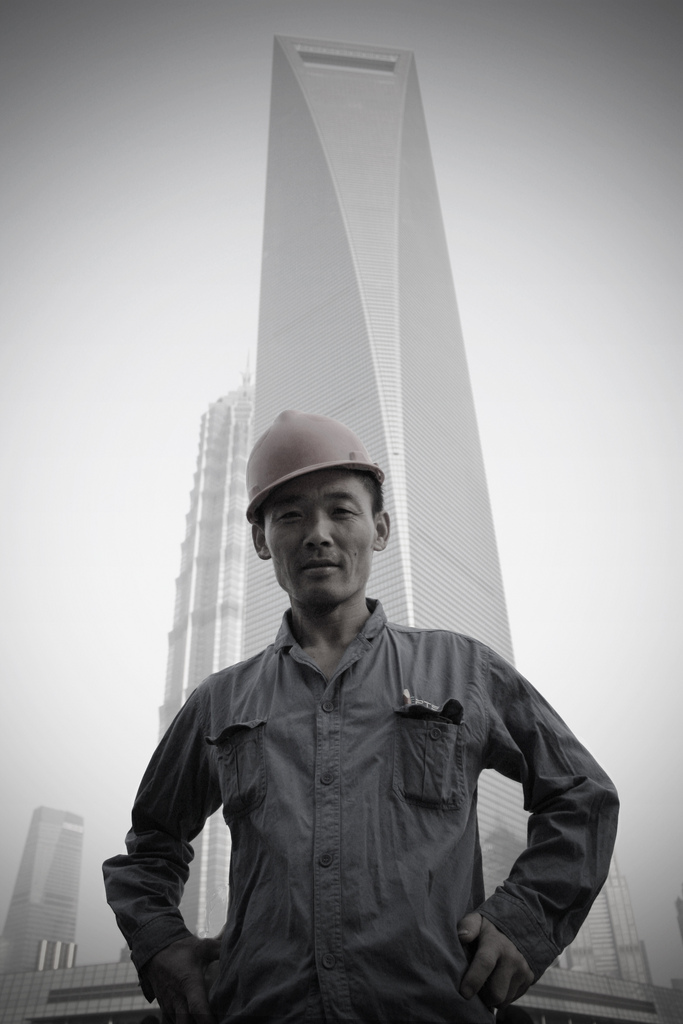 We don’t pay enough tribute to the backbone of Shanghai’s construction fervor, as unhappy as Shanghai residents seem to be by all the Expo-driven noise and air pollution.

We crane our necks to identify the peaks of skyscrapers that overrun the city but tend to sweep over the ubiquitous orange and red helmets dotting the sides of streets – hauling concrete, climbing into sewers and soldering windows in unfinished buildings. They are migrant labor that are building the China dream but are rarely able enjoy the luxurious fruits which the well-off take for granted.

They are also the unrecognized residents of Shanghai, and in many cases, looked down upon because they are mostly from out of the city, or 外地人 (wai di ren) from poorer and far-flung provinces of China. Perhaps they make enough to help the family back home to buy a pig or send their children to school. If they are lucky, they can help their families buy a television with the help of generous rural subsidies that the government recently introduced.

This gentleman, in a group of mingling workers, was most pleased to have his portrait taken in front of the Shanghai World Financial Centre (SWFC) as his workplace backdrop. Upon looking at the resulting image, he scratched his head and stared back at the building, as if it had never occurred to him to do so.

For having poured their blood, sweat and tears into building Shanghai’s skyline for minimum wage, they ultimately have no ownership or belonging in that part of China’s dream.

I’m not one for marking anniversaries, personal or otherwise, not for any principled reason but mainly out of sheer forgetfulness. Perhaps this is why I find it easier…