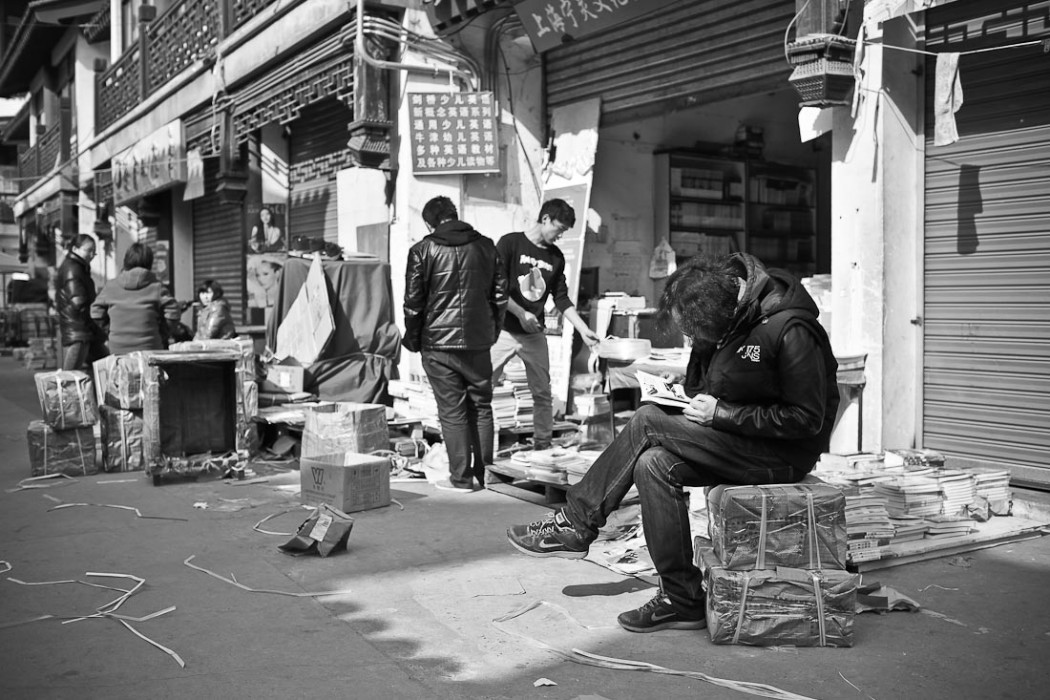 I’ve finally pulled together a list on books and websites for anyone who wants to learn more about the origins of Shanghai’s lilong and shikumens, the origins of Shanghai’s Old Town, as well as the rich history of its foreign concessions shaped by its foreign residents, also known as Shanghailanders. Most are friends and acquaintances I have known since I started documenting Shanghai, and I still learn from them every day.

The list is by no means exhaustive so I welcome readers’ feedback and suggestions. [Last edited July 2019]

Architects and authors Edward Denison and Guang Yu Ren’s “Building Shanghai” (Wiley-Academy, 2006) captures the sheer diversity and international breadth of Shanghai’s architectural origins. The authors have photographed all the buildings featured in this book and paired it with archive sources like maps and blueprints. A comprehensive collection of Western and Deco-inspired landmark buildings, 1930s and 40s villas and apartments with heavy colonial influences as well as lilong and shikumen architecture. 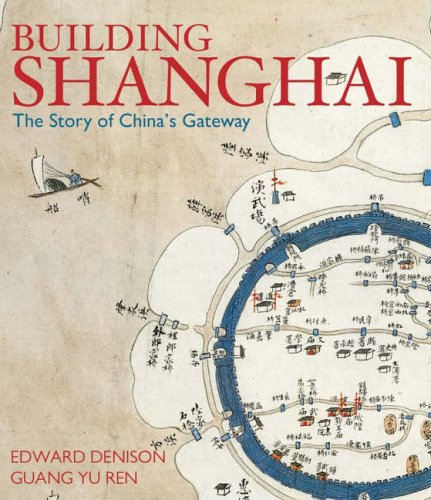 Michelle Qiao or Qiao Zhengyue is a columnist for the English language Shanghai Daily, now Shine newspaper. All articles conveniently located here. She combines foreign and local sources in describing the history and significance of Shanghai’s most iconic landmarks, including its earlier architects from George Wilson, the “Father of the Bund” to the Deco architect Laszlo Hudec. She is a co-author of several guide books including “Shanghai Hudec Architecture” (上海邬达克建筑地图) and the “Shanghai Bund Architecture” (上海外滩建筑地图) which I cannot recommend enough. 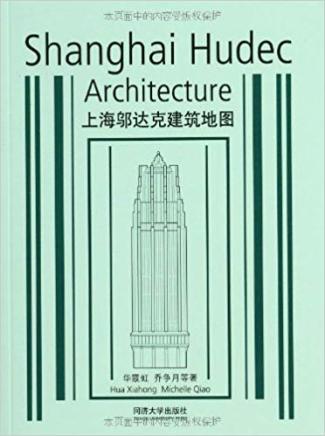 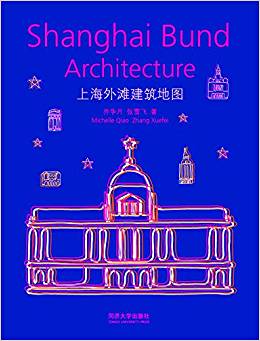 On lilongs, shikumen, and native architecture and living

Lu Hanchao‘s “Beyond the Neon Lights: Everyday Shanghai in the Early 20th Century” (University of California Press, 2004), a colorful and rich source to truly understand how native residents of Shanghai – from business migrants to feeling refugees from civil war – really lived in the metropolis in early 20th century. Lu combines facts, figures and historical context with rich and colorful personalities across Shanghai’s native society. 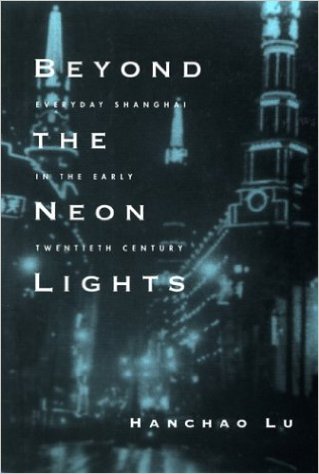 Katya Knyazeva is an author, photographer and one of the most passionate individuals I know on Shanghai’s Old Town (老城厢). She published “Shanghai’s Old Town: Topography of a Phantom City” and recently “Shanghai Old Town The Walled City” (Suzhou Creek Press, 2016; 2018). These books are the result of a decade of research, photographing and translating Chinese sources and scouring old archive maps. There is nothing quite like her work in English. She blogs frequently at The Drifting Derelict on Old Town and history of Russians in Shanghai. I always encourage folks to join her tours around Shanghai. 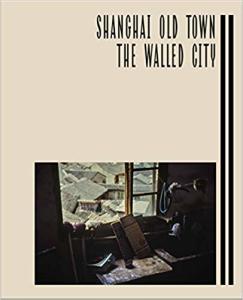 Shanghai photographer Gropius Xi (Weibo @席子-上海) has been documenting Shanghai’s lilongs and shikumen since the mid-2000s and now owns one of the largest contemporary archives on this subject. I’ve spent hours going over his collections here . You can learn more about his motivations in my interview with him. He has also put together a comprehensive but visually easy to use book of maps that dedicated explorers can use to discover Shanghai’s vernacular architecture. “Shanghai Lilong Culture and Map” (上海里弄文化地图) and most recently “Inside Shanghai” (上海屋里厢).

Academic Qian Guan published his extensive thesis “Lilong Housing, A Traditional Settlement Form“ completed at McGill University in 1996. It details the five different types of lilong housing such as the old and new shikumen lilong house, the new type of lilong house, garden apartment lilong houses etc. Complete with illustration and blueprints to demonstrate the variety and inspiration for their design, a must-read for the serious researcher. 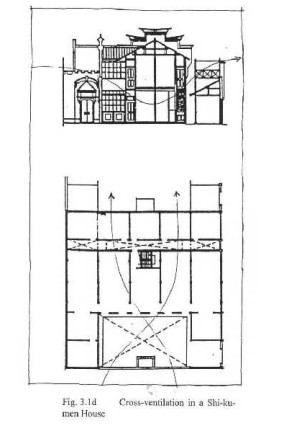 Non Arkaraprasertkul is an anthropologist and architect who has written extensively on the state and prospects of the preservation of Shanghai’s lilong and its communities, including “The Death and Life of Shanghai’s Alleyway Houses – Re-Thinking Community and Historic Preservation” and “Traditionalism as a Way of Life: The Sense of Home in a Shanghai Alleyway”. As part of his field research, Non had lived in what is typically the smallest room in a lilong and recording his findings and interactions with his neighbors, more in my interview with him. 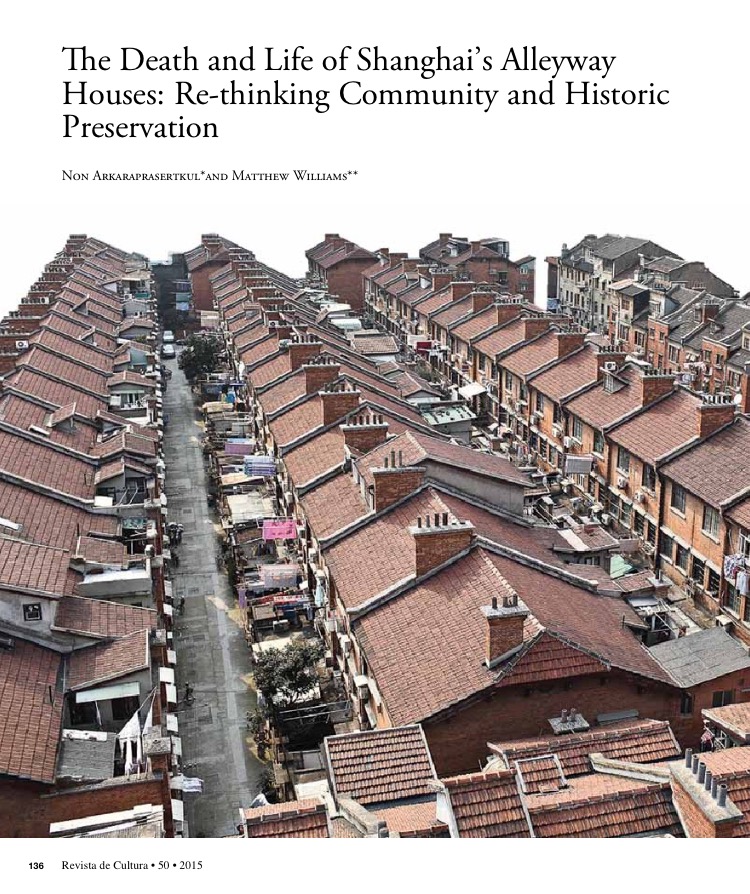 Lou Chenghao (娄成浩) is a recognized expert of Shanghai shikumen architecture and culture. A former archivist for Tongji Unviersity with an encyclopedic knowledge of Shanghai’s architectural history, Lou spends his time documenting heritage properties, lilongs and old towns around Shanghai and sharing with his huge online following via @娄先生-建筑 and blog. He is also affiliated with the Shanghai Shikumen Culture Research Centre (上海石库门文化研究中心) and is actively involved in the ongoing Shanghai Shikumen Culture lecture series. (上海石库门文化讲堂). He is one of the co-founders of 上海老房子俱乐部 or known in English, Shanghai Art Deco Club where they conduct lectures and tours all over the city, in Mandarin (or Shanghainese)

Gan Can (best known as his social media handle 高参88的博客) is one of the more detailed documentarians I know, pairing photos and history of an exhaustive list of shikumen, lilong, heritage structures and buildings . He has expanded beyond metropolitan Shanghai to cover small towns in the greater city area. It’s all written in Chinese but chances are if you have an address and want to search for some background, he is an encyclopedia.

Instagram’s @Shanghaiheritage is an under-appreciated resource if that’s where you get most of your social media consumption. He has photographed many notable shikumen properties, neighborhoods and landmark buildings with a sharp and clean eye, and always provides enough historical facts and the location to tempt you to do your own exploration. 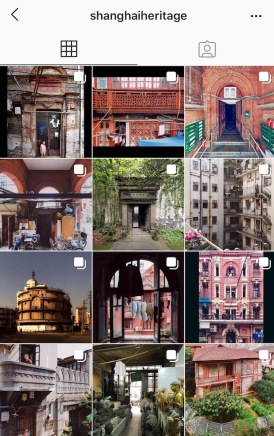 Jodie Tang of Facebook’s Shanghai Architecture Wandering 走跳上海建築 combines her own photography and archival footage of landmark buildings and neighborhoods around Shanghai in both English and Chinese, which is enormously helpful to the growing throngs that follow her page. 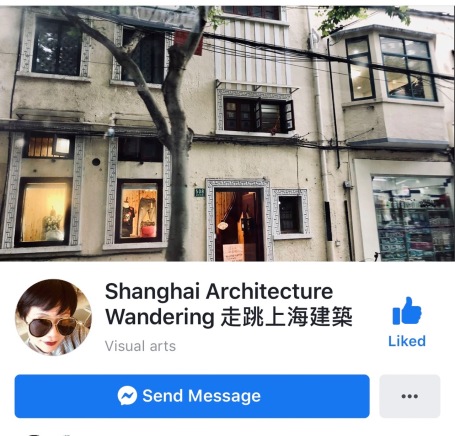 On the former foreign concessions, Old Shanghai and lives of Shanghailanders

The ever knowledgeable Tess Johnston is a widely respected historian of Shanghai’s former French Concession architecture and its early foreign residents, or Shanghailanders as they were known. She first arrived in Shanghai in 1981 and has witness the extensive transformation of the city, she finally returned to the U.S. in early 2016. She has authored numerous books, including her Walks in Shanghai series, which I contributed to “Shanghailanders & Shanghainese – Where They Lived, Worked and Played – Still More Shanghai Walks (Volume III)”. 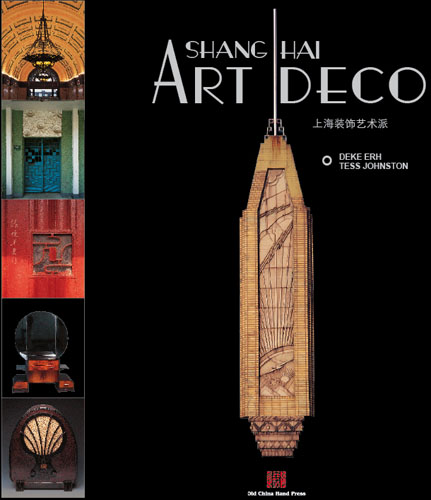 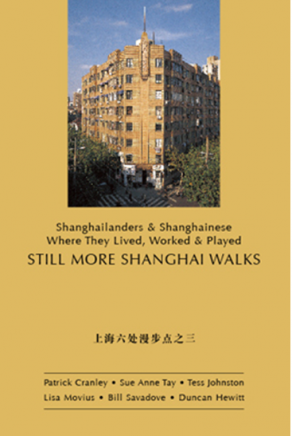 Patrick Cranley and Tina Kanagaratnam founded Historic Shanghai with Tess Johnston in 1998 with the goal of raising awareness of Shanghai’s built heritage and social and cultural history. I always recommend folks to join Patrick and Tina who run fascinating tours on various themes from Art Deco, former French Concession to revolutionary history.

Before the public knew Paul French, celebrity crime noir novelist of “Midnight in Peiking” fame, Paul was already a prolific writer on Shanghai. His latest “City of Devils: The Two Men Who Rules the Underworld of Old Shanghai” (Picador, 2018) is a thrilling look at Shanghai’s infamous badlands and its even more colorful foreign and local characters. I first knew Paul from his China Rhyming blog, an endless trove of Old Shanghai reference. His “The Old Shanghai A-Z”  is my go-to reference on the significance and history of old Western street names in Shanghai. 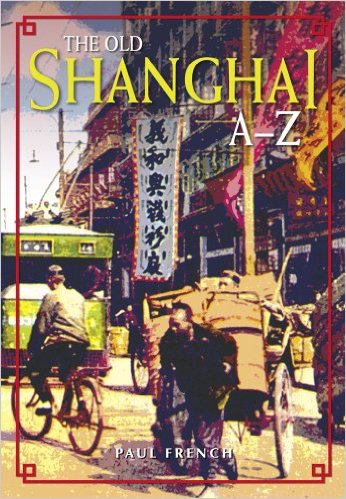 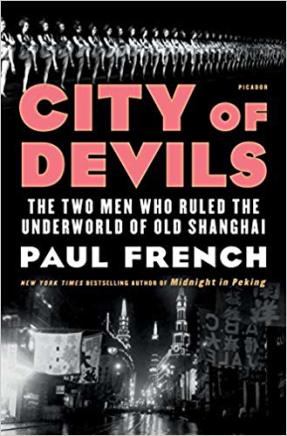 Virtual Shanghai has an incredibly rich archive of original photography pre-1949, sourced from private, public and university collections and electronically scanned and made freely available by Christian Henriot and the team at the Institut d’Asie Orientale. They also work with Historical Photographs of China, led by historian Robert Bickers of the University of Bristol, whose project also aims to locate, archive, and disseminate photographs from the substantial holdings of images of modern China held mostly in private hands overseas.