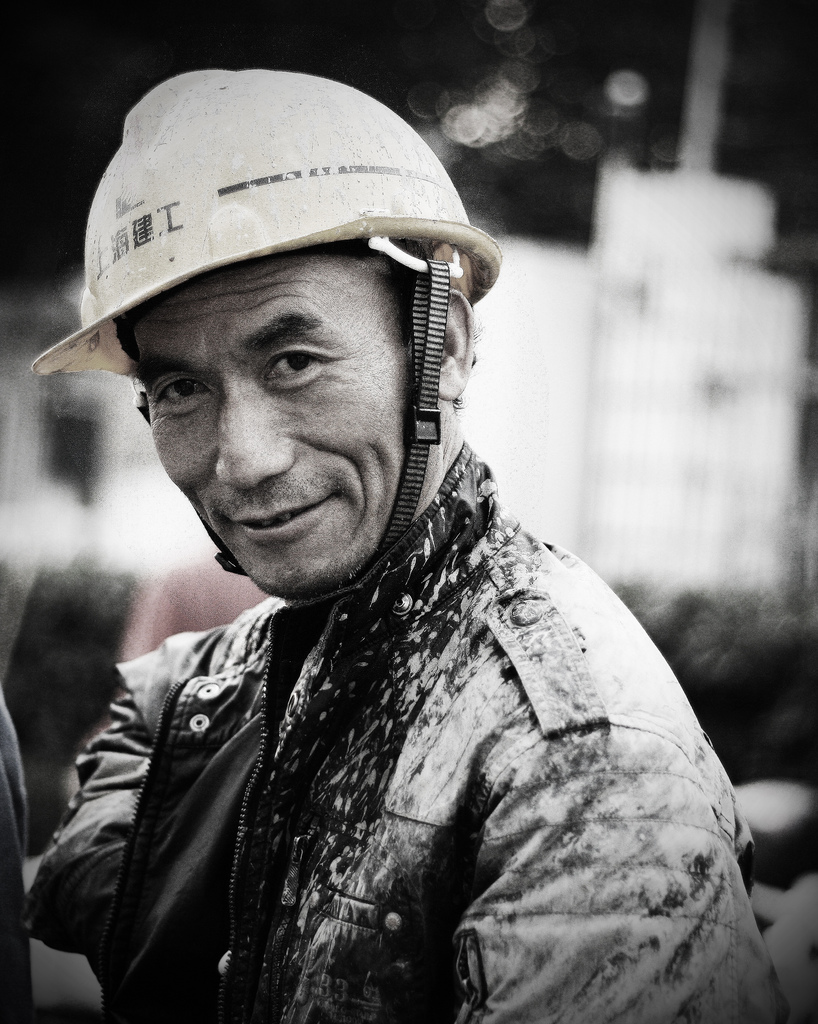 In his paint-speckled work jacket, he had a laizzare-faire air about him that was striking yet charming at the same time.

A profile shot was irresistible. Yet at the sight of my camera, he was unfazed. Rather, a lazy grin spread across his face as he fingered around in his pocket for a cigarette. Keeping a steady gaze at my camera, he whipped out a pack of cheap ciggies and even offered me a teasing stick which I politely declined.

A lit cigarette in his hand, a breakfast omelet in another, he raised his left hand to toast me and ambled away to a corner to enjoy his breakfast. No doubt whatever hard labor that laid ahead of him that busy day, he seemed like a man who would take everything in stride.

I trust you had an exciting New Year eve’s celebration? May 2011 bring you good tidings and happiness, and for all my photography friends, a productive and inspiring year!…