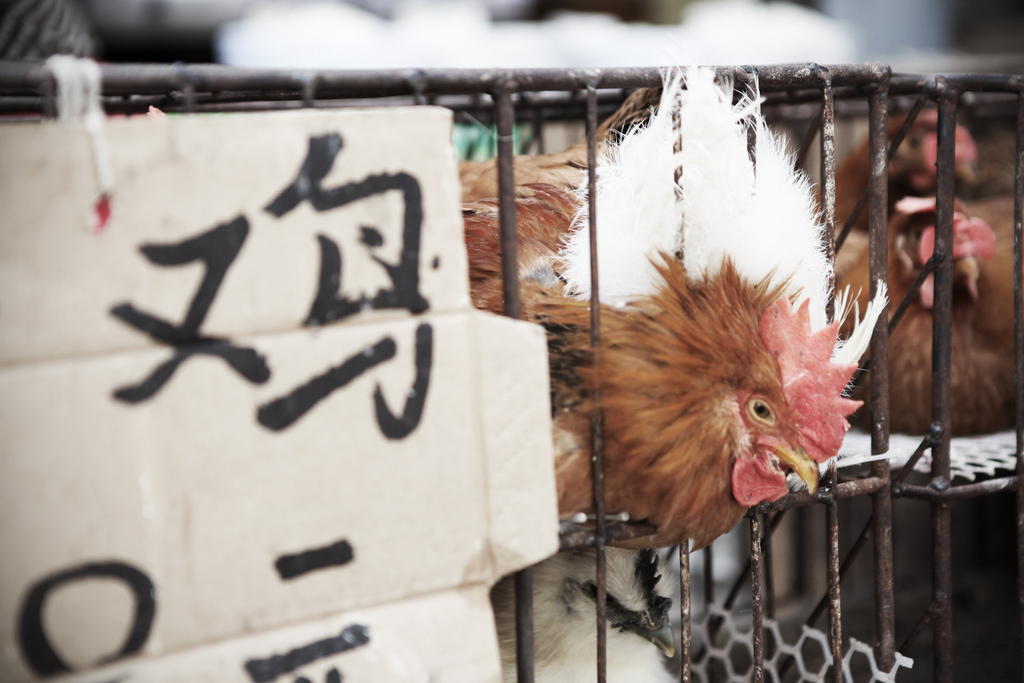 “All men are enemies. All animals are comrades.”

At first sight, the chicken was sleeping. Next to it, the sign screamed pending death, “Chicken! 8 yuan a kilo”. That’s when you realized, the chicken was really contemplating its doomed fate.

I’ve photographed my fair share of animals at Chinese markets (detailed in “The Last Squawk”) but it remains impossible to be completely desensitized by live killings, the preferred way for most Chinese to ensure fresh food.

There are times I’ve had to forgo meat for the rest of the day, haunted by the image of a hawker violently ripping the skin off an entire chicken in one stroke. Then, wiping the blood and flesh bits off her cheek, she’d ask if you’ve had lunch.

Or the image of a frog, split in half and tossed on the street. Its eyes were bulging in delirium, staring at its own flailing legs just inches away, as if swimming frantically away from an imaginary enemy.

Once, a curious duck pecked at my hand when I came very close for a shot, and its friends quacked in unison, as if laughing at me. Looking back at that photo, I noted faint smiles, even a smirk, if you’ve lost your mind like I have.

Were they posing for me or mocking another cruel human? It’s nice to know poultry have a sense of humour, even hours before death. 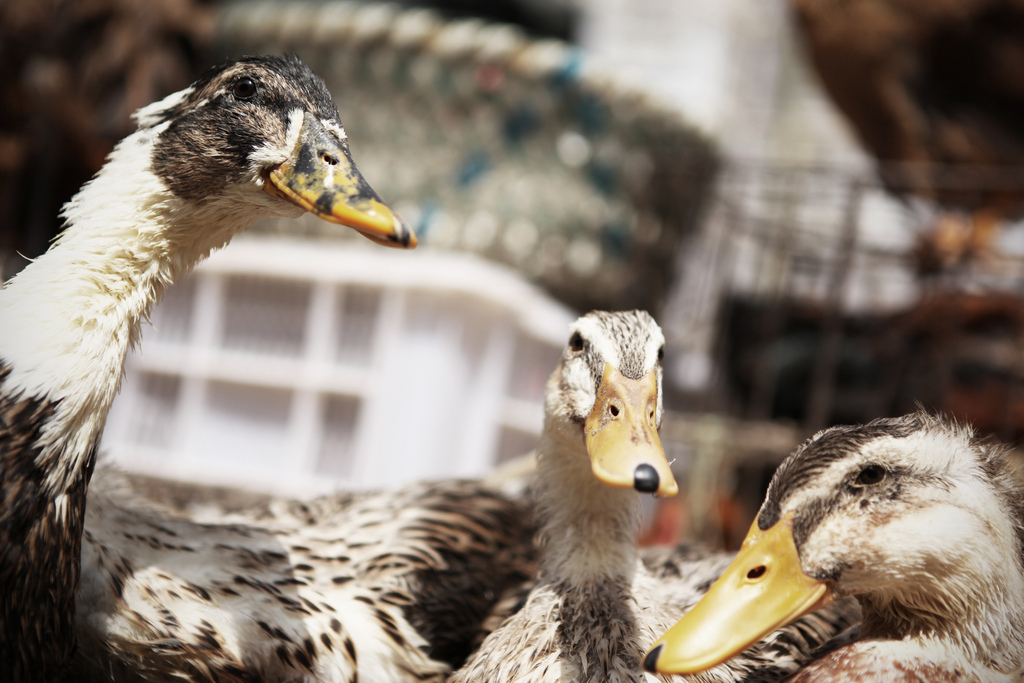 “Lou yusheng” and what I am reading this week

I hope you had a very festive Chinese New Year and a restful break (especially for those living in Mainland China who enjoyed a week long hiatus!). I spent…