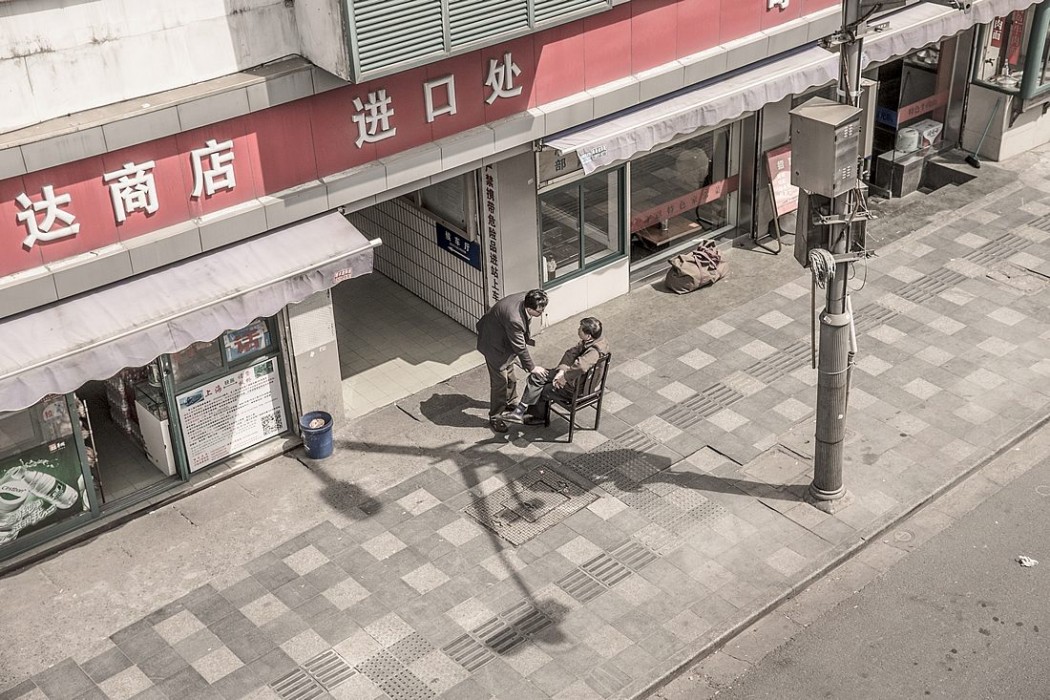 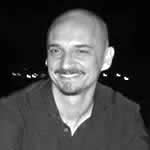 In the years of photographing Shanghai, I’ve had a chance to meet a wide array of talented photographers and researchers as enthusiastic about documenting the city as I am. They bring fresh eyes and new perspectives to how we all view the city, be it through their depths of knowledge or artistic interpretation. Alessandro Zanoni is a street photographer who has captured Shanghai in a “color” that many residents – locals and expatriates – sometimes experience. Distant and aloof amidst the concrete and crowds, not entirely an alien feeling in any megapolis be it in New York or Mumbai. That’s how I felt looking at his work when he first shared it with me. Here, he discusses about his version of Shanghai and photographic inspirations dating back to the Italian Masters.*

SAT: Can you share a little about your background, both with photography and time in Shanghai?

AZ: I’m a graphic designer who lives and works in Milan. I began photography only a year ago when I decided to take pictures during my second trip to China. With a series of night shots I received an award at the International Photography Award (IPA) held in Los Angeles. One of these photographs was selected by David Clark, the Head of Photography for Tate Gallery in London, to be part of a collective exhibition in New York at the Splashlight Gallery.

I’ve (visited) Shanghai three years in a row. The first time was in 2013 to visit two great friends of mine, guest artists at The Swatch Art Peace Hotel on the Bund. It was love at first sight with the city. I still have some friends who work there and they’ve helped me to discover different places. When I’m in Shanghai, I feel quite at home. 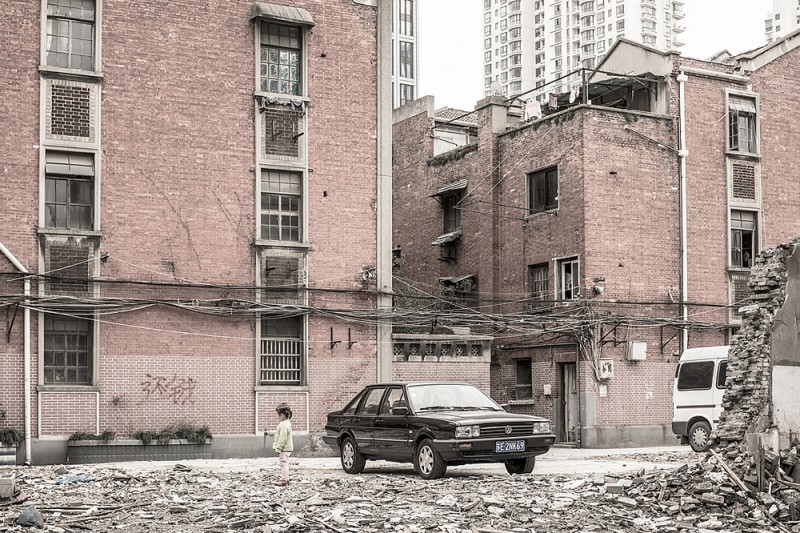 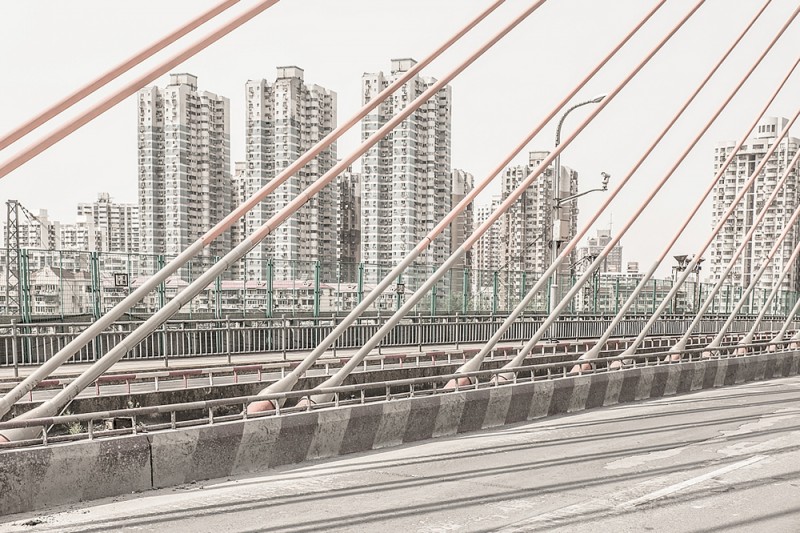 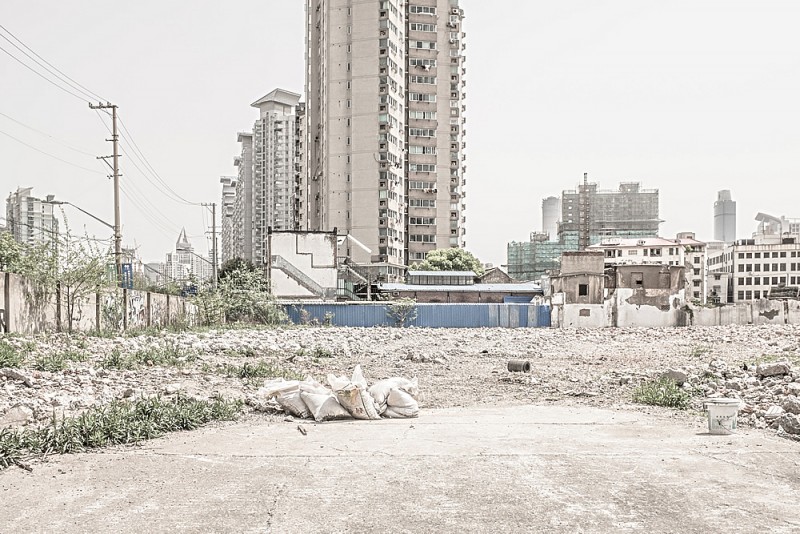 SAT: The choices in your Shanghai collective are interesting. Night photography, street photography but also many urban landscapes – whole and demolished buildings. Is there a particular theme that you are conveying in your work?

AZ: I guess that what strikes observant visitors in China the most is the quick growth of the country. A growth that probably does not care too much about people history, traditions, health or happiness. A growth also relating to the unprecedented mass migration of people from countryside to the megalopolis. With my shots, I’m trying to convey this feeling to Westerners who have never been to Shanghai before. It’s a sort of alienation that in my country, Italy, for example, it was thoroughly documented in the fifties and in the sixties, especially in some cinematic masterpieces.

After World War II in Europe, we experienced strong urbanization trend because war had destroyed most of the cities. In Italy, this process was not totally “clean” but sometimes subjected to bribes and “black money”. The people’s happiness was not on the top list of priorities for politicians and big developers. People were forced to leave the countryside to move to big cities in order to work: they lost any genuine contact (with their hometowns) and many of the human relationships were broken. Hence, people were actually “empty” like the buildings in my photos. Desolate, alone, and broken: a strong visual metaphor of human beings. Where is the focus? Where is the direction? They were completely lost.

Great Italian film directors elaborated this experience – I am specifically referring to bright and desolating urban landscapes shot by Pierpaolo Pasolini, Michelangelo Antonioni and Francesco Rosi. the epitome of their works such as Mamma Roma, L’Eclissi or Le mani sulla città, just to mention a few. 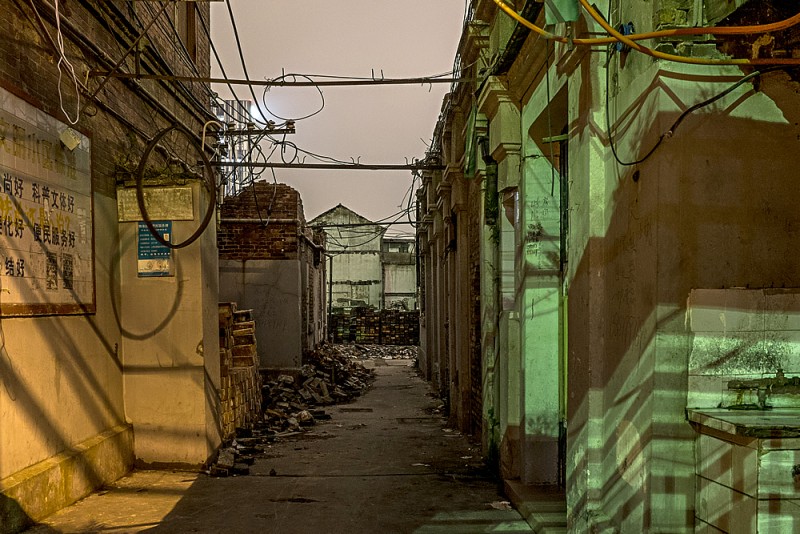 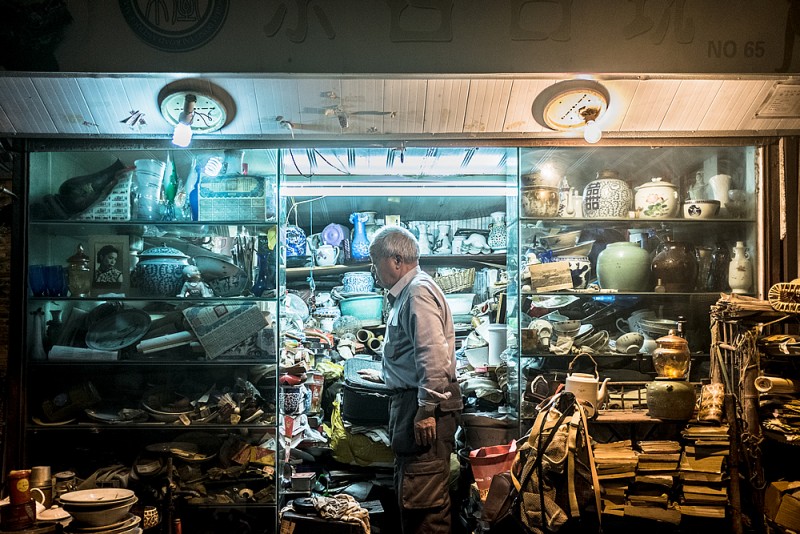 SAT: Which neighborhoods around Shanghai have you photographed? Do you talk to people or do you move through the locations in a disconnected manner?

AZ: Most of the photographs were taken north of the Old City, close to the Shanghai Railway Station (in Zhabei district), (and) around the Moganshan art district. When I travel, I would get lost and walk for miles without direction. I love walking and discovering the districts step by step. I’ve talked with many Chinese people of course but not with anyone from those neighborhoods.

SAT: Your landscape photos have a very distant, sometimes cold feel to them. Even the aerial photos of people (the cover photo above being my favorite) have a very staged feel. What do you look for when you’re shooting?

AZ: I try to be the only pair of eyes documenting (my environment and subjects). I’m really interested in conveying the feeling of the spaces. The space and the volume of the buildings are the most interesting things for me, if I’m shooting that kind of photos of course. With the night photography of people that I took in 2014, for example, I was more focused on light and atmosphere. The perspective and the vanishing lines are also really important for me. I personally enjoy volumes, shapes and buildings – I specifically looked for empty spaces. I am interested in demolition, urban processes, urban works, ruined buildings. They beautifully represent the actual growth of a city. To me, masses of people do not actually picture in a correct way how a city is growing or changing. I guess that I am more of an urban landscape photographer than a portrait one. 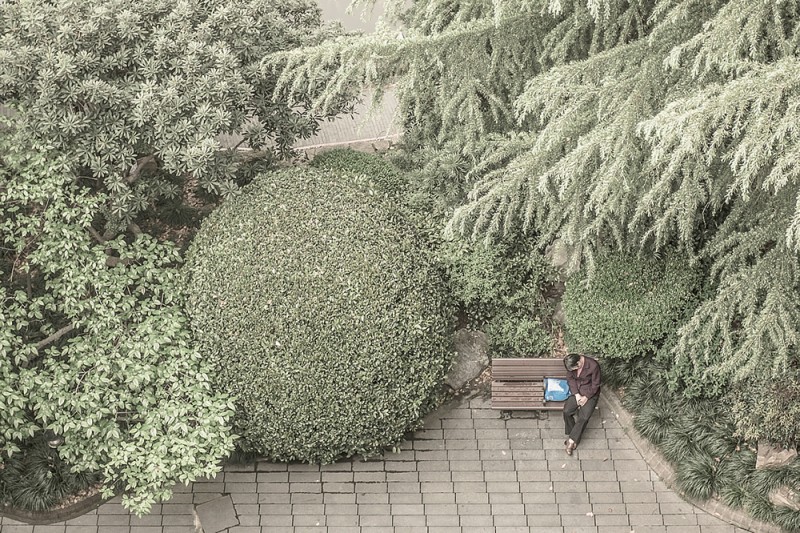 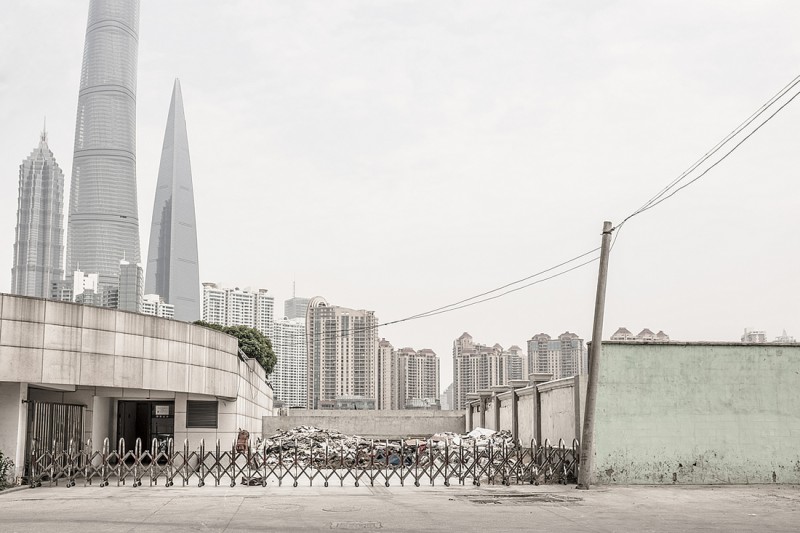 SAT: What camera do you shoot with?

AZ: I use a very little rangefinder Fujifilm X100S in 35 mm. I need something light in my hands because I want to be quick and comfortable.

SAT: You process your day photos in a slightly desaturated way, can you share if this is a conscious move? Does China look that way in your eyes?

AZ: One of the most amazing feeling I have in China is the sky without color. Most of the time, due to pollution probably, but even when it’s sunny, the sky is not blue but only bright, sometimes too much so. In such a situation, the colors cannot be saturated like you would feel in Africa or in the Mediterranean. The desaturation and the overexposure are two ways to convey that kind of feeling. And they help also to increase that coldness. But when night comes this feeling radically changes. 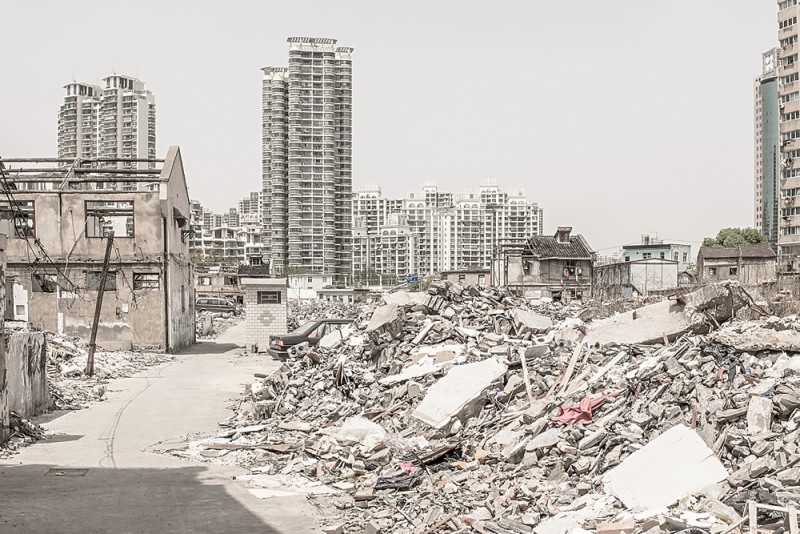 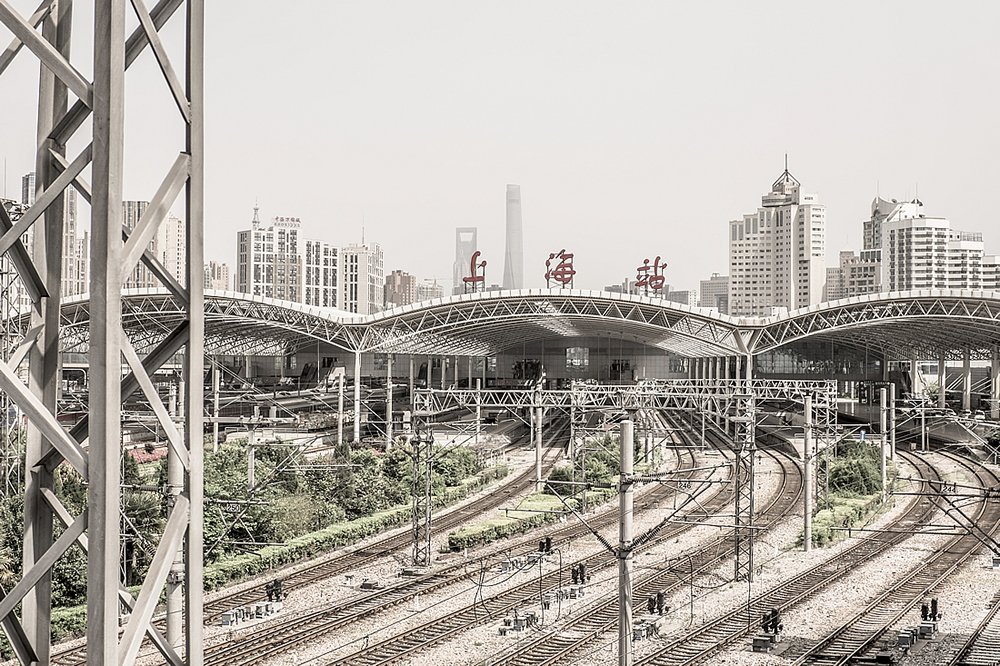 SAT: Have you seen other China works? Do you feel your work is different in representing urbanization?

AZ: I’ve seen many photography exhibitions especially about architecture, and some of them are witness to this crazy urbanization. In particular I admire a Chinese photographer from Sichuan, Zhang Kechun. Honestly I don’t know if my work is different or not but there are some aspects that are immediately recognizable if a photograph was taken in China. The light, for example. Light in China is peculiar, it does not create shapes and sharp shadows – therefore the colors are not brilliant. Also, it creates a sort of powdery atmosphere – most of the time undefined. 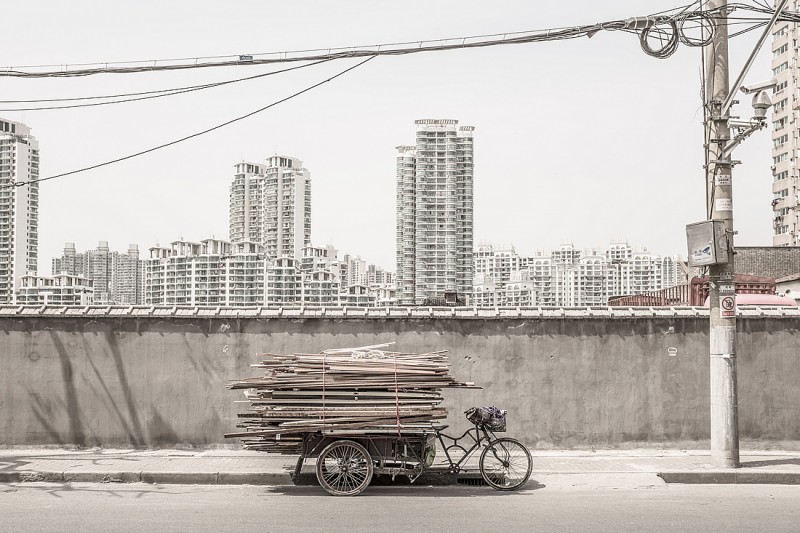 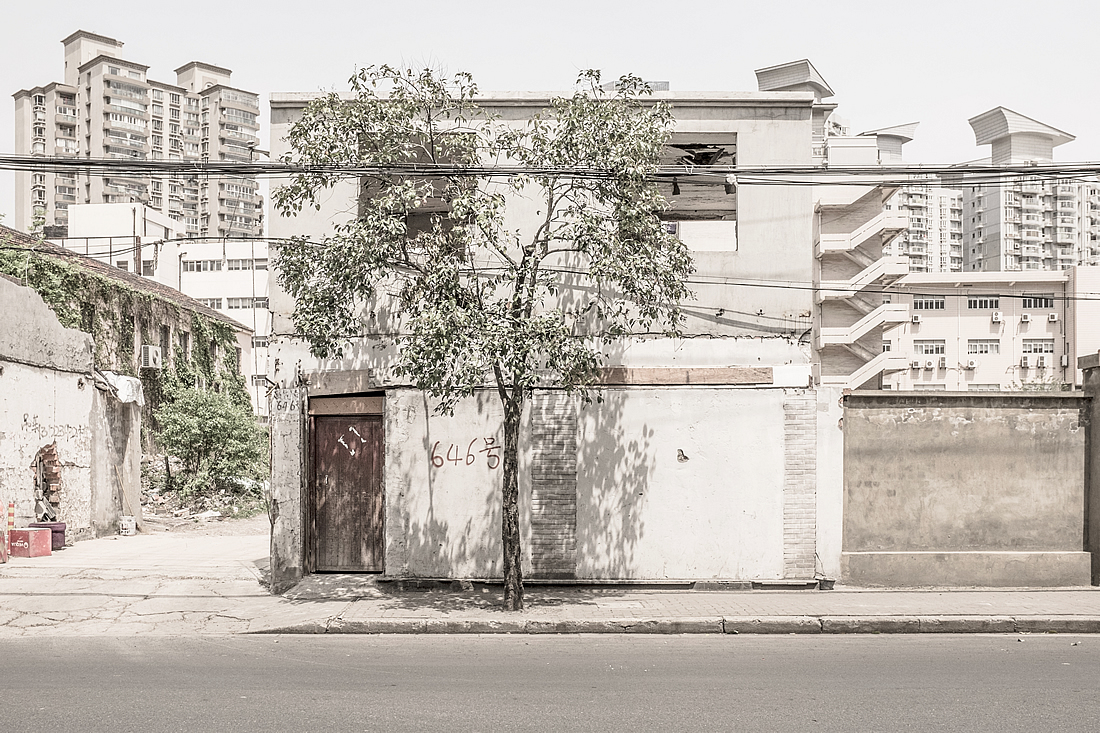 SAT: Who are some of your favorite photographers who have inspired your work?

AZ: There are many: Gabriele Basilico, Luigi Ghirri, Josef Hoflener. But they are masters. I think that I more influenced by film directors (also Asian directors) or great painters of the past. But it’s definitely something that happens on a subconscious level.

Basilico and Ghirri are (to me) urban landscape masters and I appreciate the use of light in their works. Light can shape and design an entire building (and a feeling).

As far as directors are concerned, I already mentioned Pasolini and Antonioni; I will even add Wim Wenders and Werner Herzog: I feel his concept of “absence” really influenced my work. Absence to him, is equal to abandonment. In my work, the feeling of having abandoned a space, a building, a neighborhood is evident. 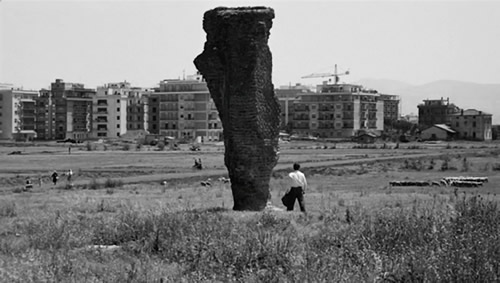 A still from the Italian movie “Mamma Roma” by director Pier Paolo Pasolini made in 1962. 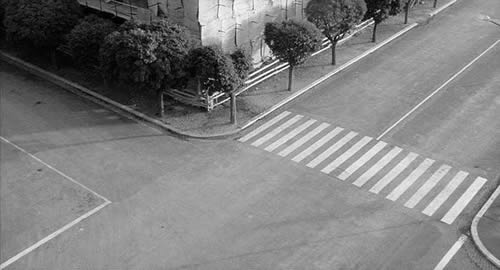 A still from the Italian movie “L’Eclisse” (Eclipse) directed by Michelangelo Antonioni in 1962.

* The interview has been edited with the photographer’s permission.

Shanghai’s lost shikumen and villas in 2013

When the editor over at Shanghaiist approached me to write a review of “lost” historical buildings in Shanghai in 2013, I hesitated for a brief moment. In an attempt to…