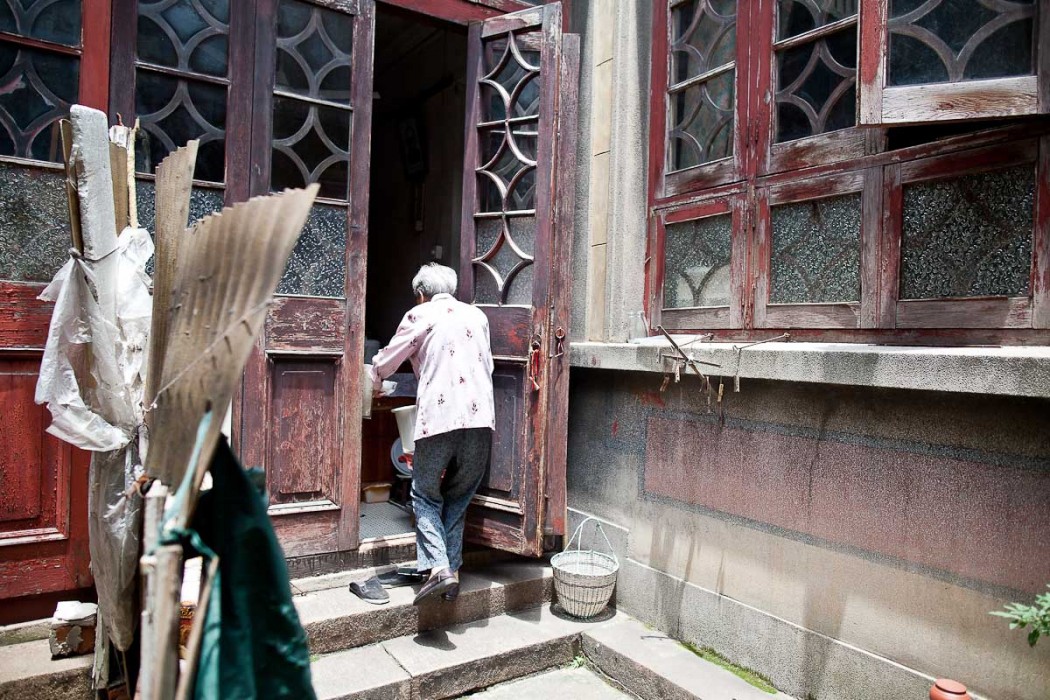 What I love about photographing old shikumens and lilongs are the designs and motifs threaded into the exterior and interior of the buildings. How elaborate or simple, modern or traditional they look when they were first built in the early 20th century vary from neighborhood to neighborhood.

Often times, entire swathes of a lilong would embody a single consistent design; the doorframe is adorned with a classical European or minimalist Deco pediment fitted on top of pillar trimmings. For larger shikumen houses, the window trimmings or wall panels would be dotted with matching small motifs such as romantic flowers to fit the classical look or speed line geometrics to fit the Deco theme. Other times, different rows of shikumen within a lilong neighborhood would be distinguished by a unique design, as if to help the original residents and the supporting eco-community of small businesses and visitors to distinguish their locations within the maze of lanes. 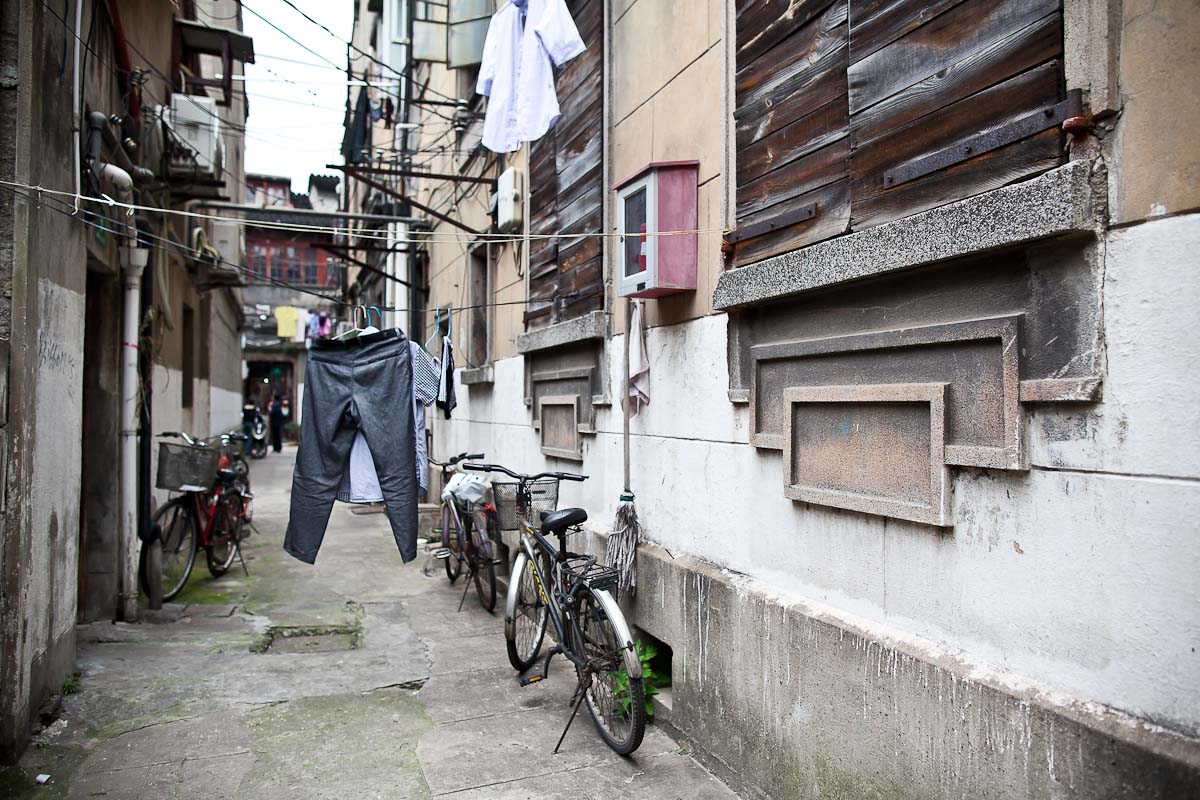 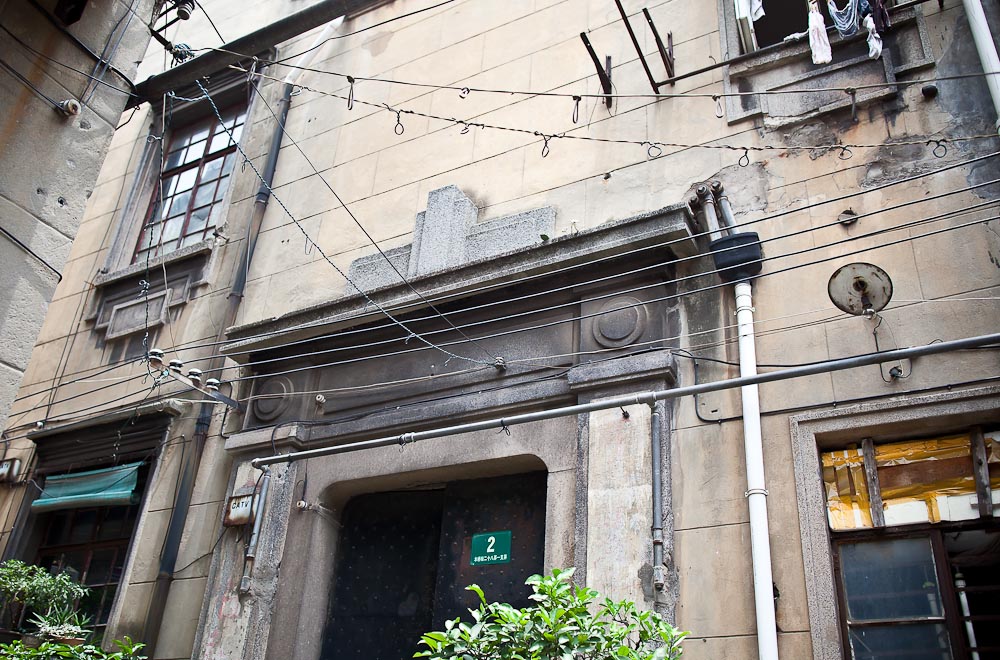 Having seen the interiors of many shikumen and lilong homes, I’ve noticed similarities in interior décor as well, as if they had all come from the same 1930s real estate pattern book. Obviously, the more well-off the original pre-Communist tenants were, the more embellished and fussy the details. They include rust red wooden panels that separate the courtyard and home, living and bedrooms, which may be plain or covered with carvings. The flooring is often paved with white mosaic tiles peppered with swastikas or simple patterns, or colorful European tiles. Even ceiling moldings can take on fanciful designs.

But consistency in theme is key and what makes them so lovely, be it a single house or a short housing row, is the seamless coherence in aesthetic. Take this corner of a lilong located off Wooden Bridge Street or muqiaojie (木桥街), one of many small streets that splintered off Fangbang Lu (方浜路), a historical artery through Old Town. The lilong is split into three lanes, each with a different design. I photographed the group of three-bay shikumen houses in a cul de sac, which had a simple yet bold Deco look carved into the exterior wall panels under the windows and the entranceways. Inside, the family showed off the sturdy room separators and flooring, in slowly deteriorating condition. Sadly, the spacious courtyard had been abruptly cut in half with a crudely built wall, a decision resulting from an acrimonious relationship between neighbors. This cut off the beautiful sunshine that would otherwise flood the interior courtyard. 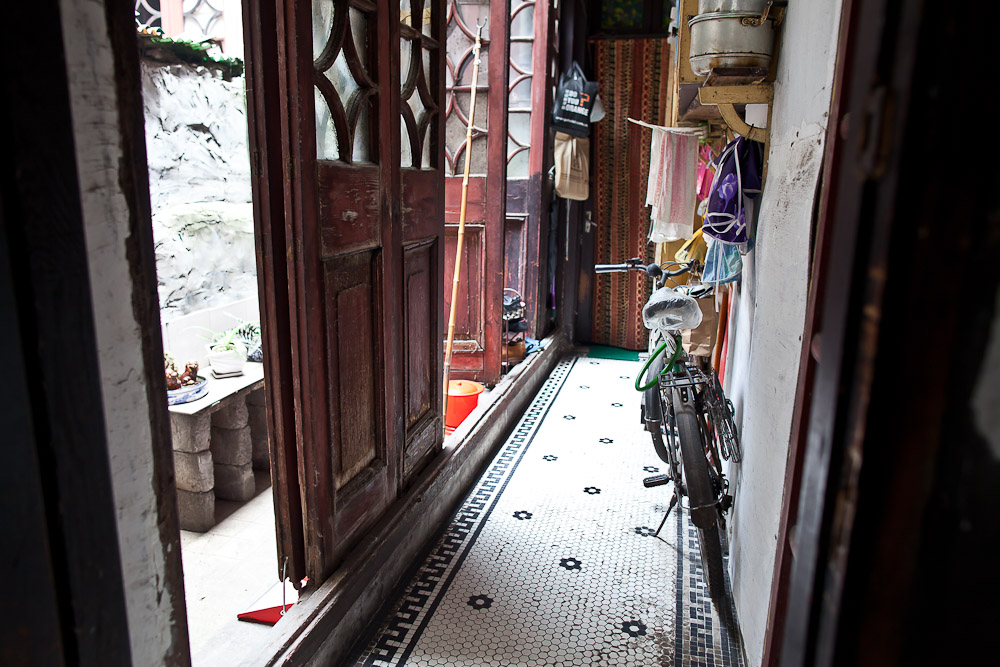 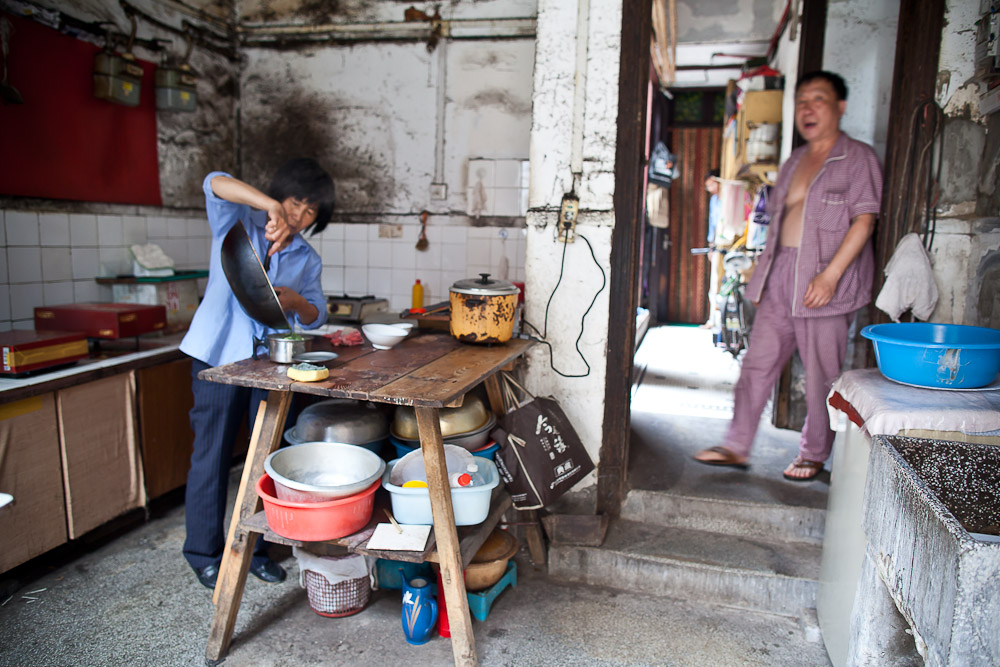 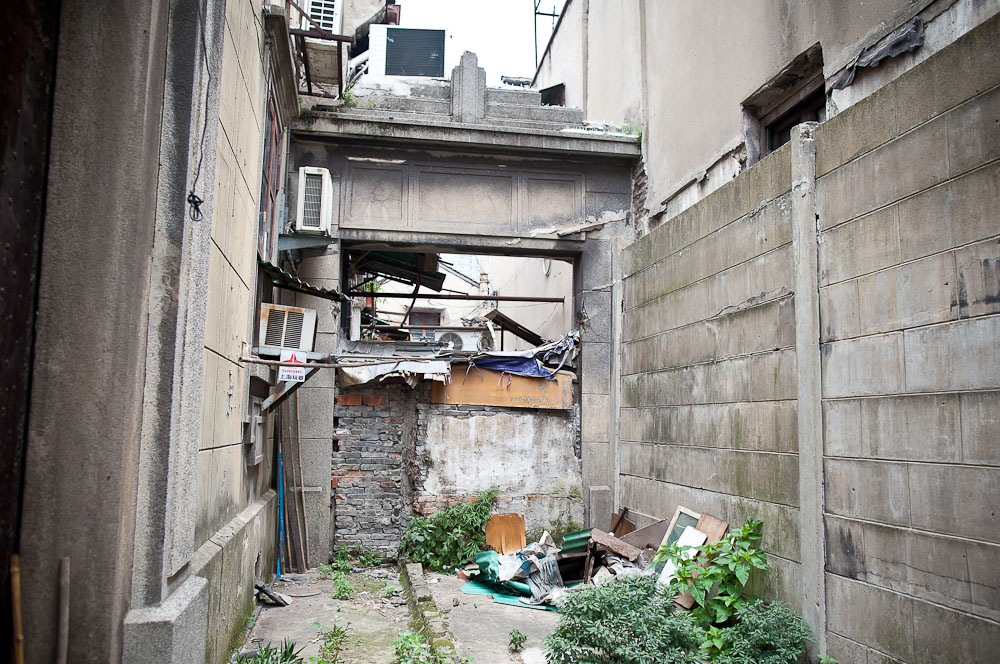 “Have a good look,” one of the residents told me as he stroked the wooden panels in familiar appreciation, “All of this will be gone soon.” Pointing in the direction to Fangbang Lu where massive reconstruction is underway, he told me it was a matter of time before they had to vacate. His family had moved in after the Communists took over and were assigned what had been the family room. A quick peek revealed heavy renovation for more comfort, including linoleum floors and bright fluorescent lights. Traditional rosewood Chinese furniture remained in the room. I asked if he had begun the relocation process but he demurred as if he thought such matters were best left to adults. Or perhaps it was not something he wanted to discuss openly while other families upstairs walked in and out of the hallway. He looked like a man with a plan to ensure he got the best of his compensation negotiation. A self-satisfied gaze came over him as he stared proudly at the details I dutifully documented, before his wife called him in for lunch. 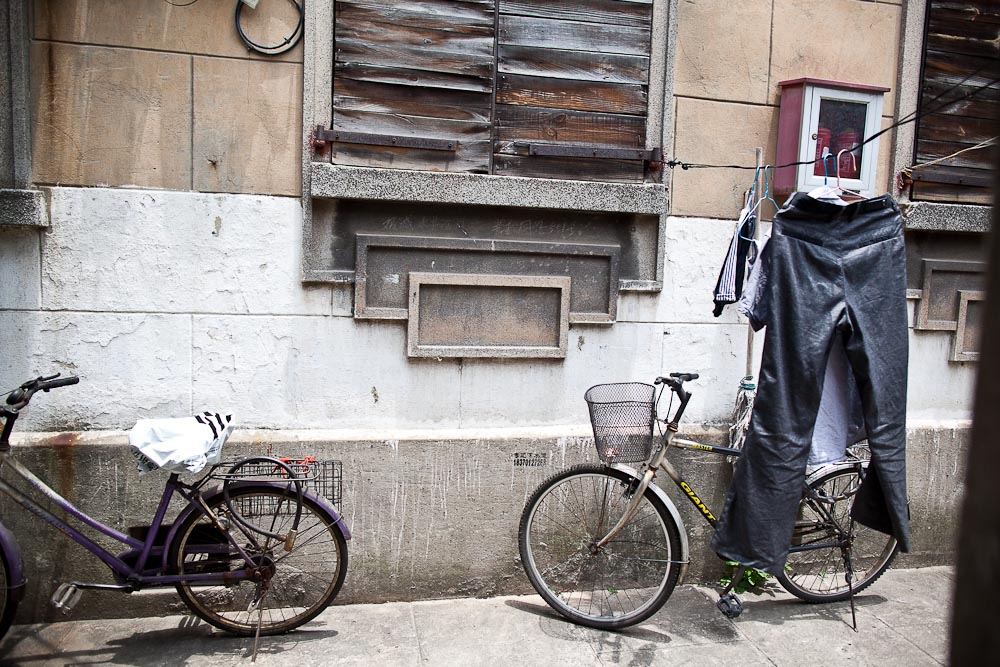