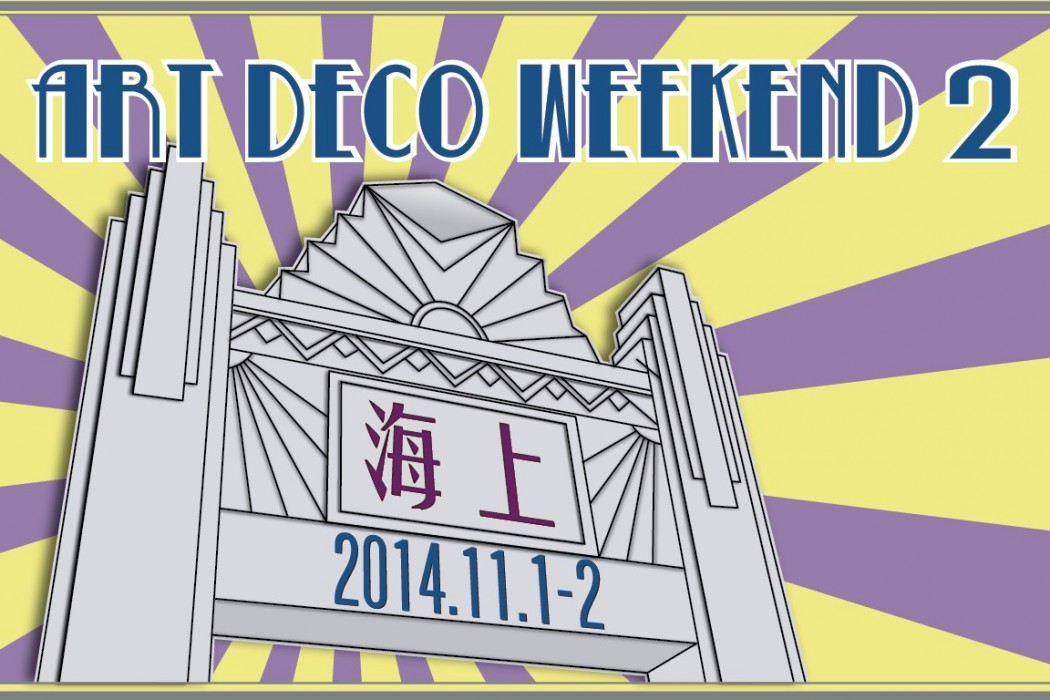 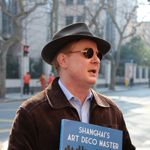 Anyone with a keen interest in Shanghai’s unique history and architecture would have participated in one of Wm Patrick Cranley’s tours or talks at some point. Patrick founded Historic Shanghai in 1998 with well-known authors and Shanghai historians Tess Johnston and Tina Kanagaratnam. Through its research and programs, they strive to raise awareness of the value of Shanghai’s social and architectural heritage. In 2011, Patrick helped secure Shanghai as the next host city for the World Congress on Art Deco in 2015 while in Shanghai, he launched “Art Deco Weekends” featuring two days of lectures and walks. Patrick has been an invaluable source for my study of Old Shanghai, I also had the pleasure of being a co-author with him on the book ‘Still More Shanghai Walks’ . Here, he shares the evolution Shanghai’s Art Deco architecture and the build up to the World Congress on Art Deco in Shanghai.

SAT: Through Historic Shanghai, you, Tess Johnston and Tina Kanagaratnam have led Art Deco walks in Shanghai for several years. What was the motivation behind organizing a more substantial weekend affair for participants?

PC: Actually, none of our historic walks (were) focused on Art Deco until we decided to bid to host the World Congress on Art Deco in 2010. At that point, we decided to increase awareness of Shanghai’s Art Deco heritage by doing monthly public walks just on Art Deco.

The idea behind the Art Deco Weekend series is to again raise awareness, and also to do some of the groundwork required to organize a full week of Art Deco-related events. We’re essentially trying out lecture topics and speakers, tour routes, and logistical strategies in preparation for the World Congress on Art Deco in Shanghai in November 2015. 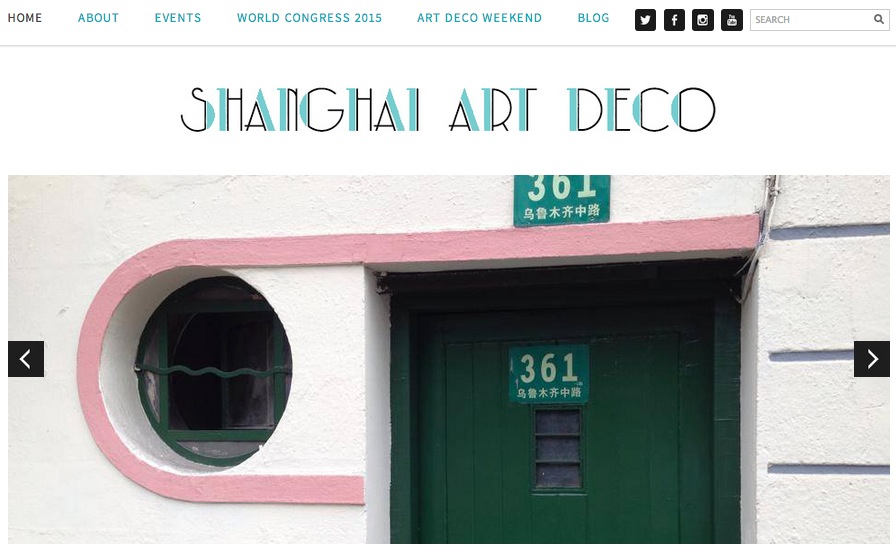 SAT: At your first Art Deco weekend this year, I particularly enjoyed your lecture on the evolution of Art Deco styles in Shanghai. Perhaps you can touch on the historical highlights for our readers as a teaser?

PC: Glad you enjoyed that presentation. It introduced the origins of Art Deco in Europe, its arrival in Shanghai, and its development through several phases. We concentrate on helping enthusiasts to identify these phases on our walks. First is the Early Art Deco phase, which incorporates some of the organic shapes popularized during the earlier Art Nouveau period while establishing some of the new motifs of Art Deco: the step-back or ziggurat shapes, zig-zags and geometric patterns of Early Art Deco. Next came the middle phase, often called Streamline or Streamline Moderne, which reduces the amount of ornamentation, smooths and rounds the forms of buildings, furniture and consumer products, and often incorporates patterns of lines grouped in threes — the so-called “speed lines”. During the last phase, we see foreshadowings of the International Style, characterized by asymmetry and the near absence of any ornamentation. 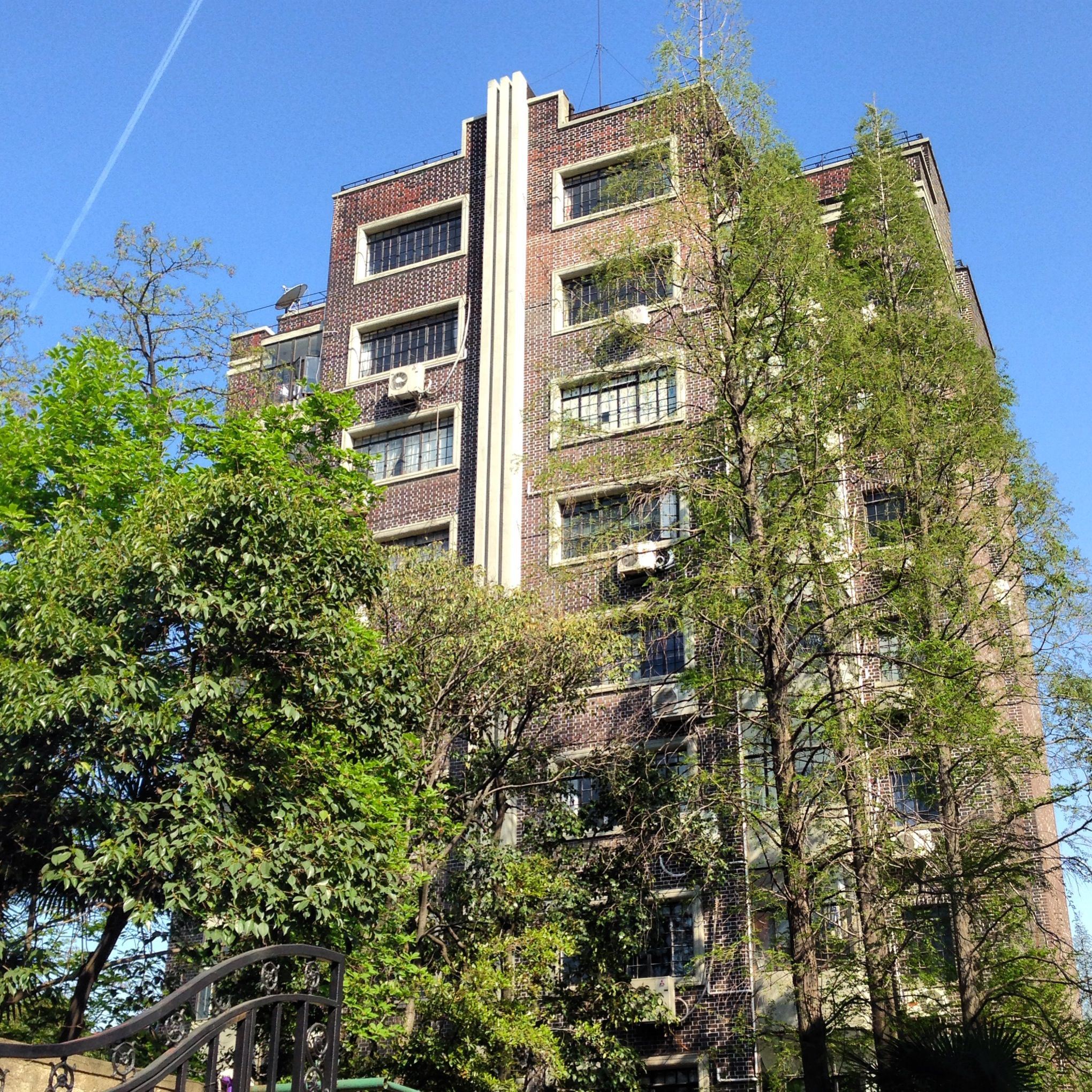 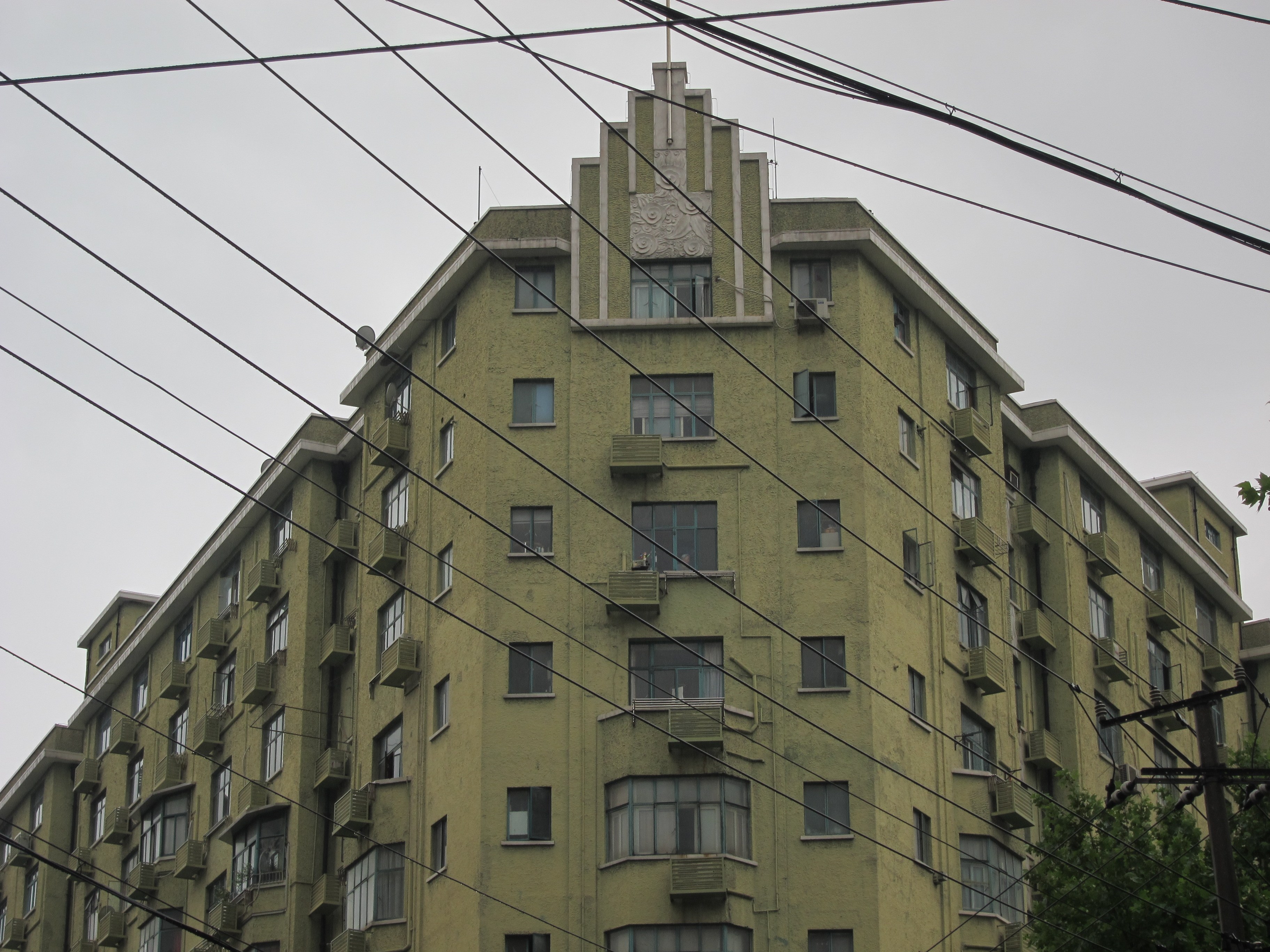 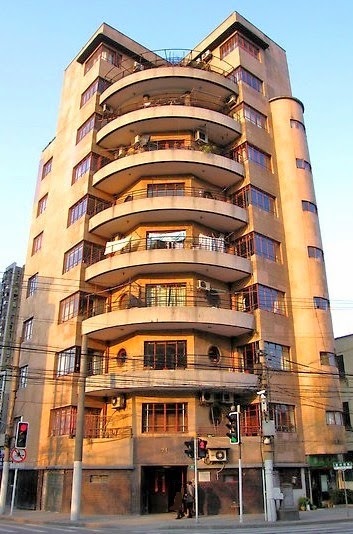 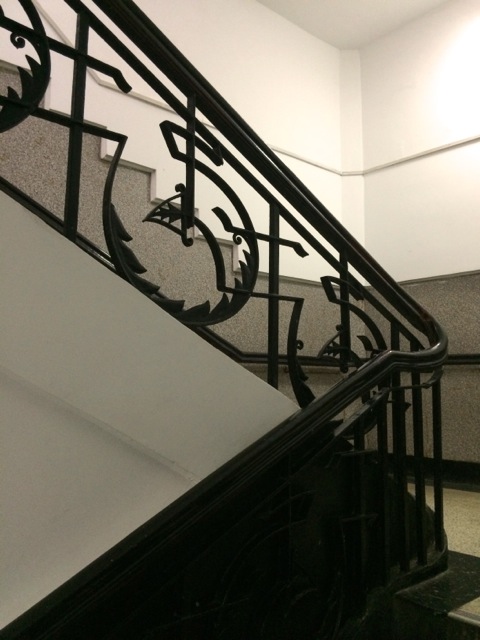 SAT: What would you say is your favorite Art Deco building in Shanghai and why? Is there a particular building that people have a misconception thinking it is Art Deco when it’s not?

PC: Oh sure, people confuse other styles with Art Deco all the time, which is part of the reason we do what we do. But we try to encourage people to increase their comfort and familiarity with Art Deco style. For some people, it’s love at first sight. For others, it grows on them over time. That is certainly what happened with me.

I don’t really have a favorite Shanghai Art Deco building — that’s like asking a collector which is her favorite piece of porcelain, or favorite painting. There are so many different styles within Art Deco, and so many beautiful examples of residences, civic buildings, hotels, apartment houses, etc. So I can’t really pick one out. But as representatives of Shanghai Art Deco to the world, certainly the Bund duo of the Cathay (Peace) Hotel and the Bank of China stand out as icons. 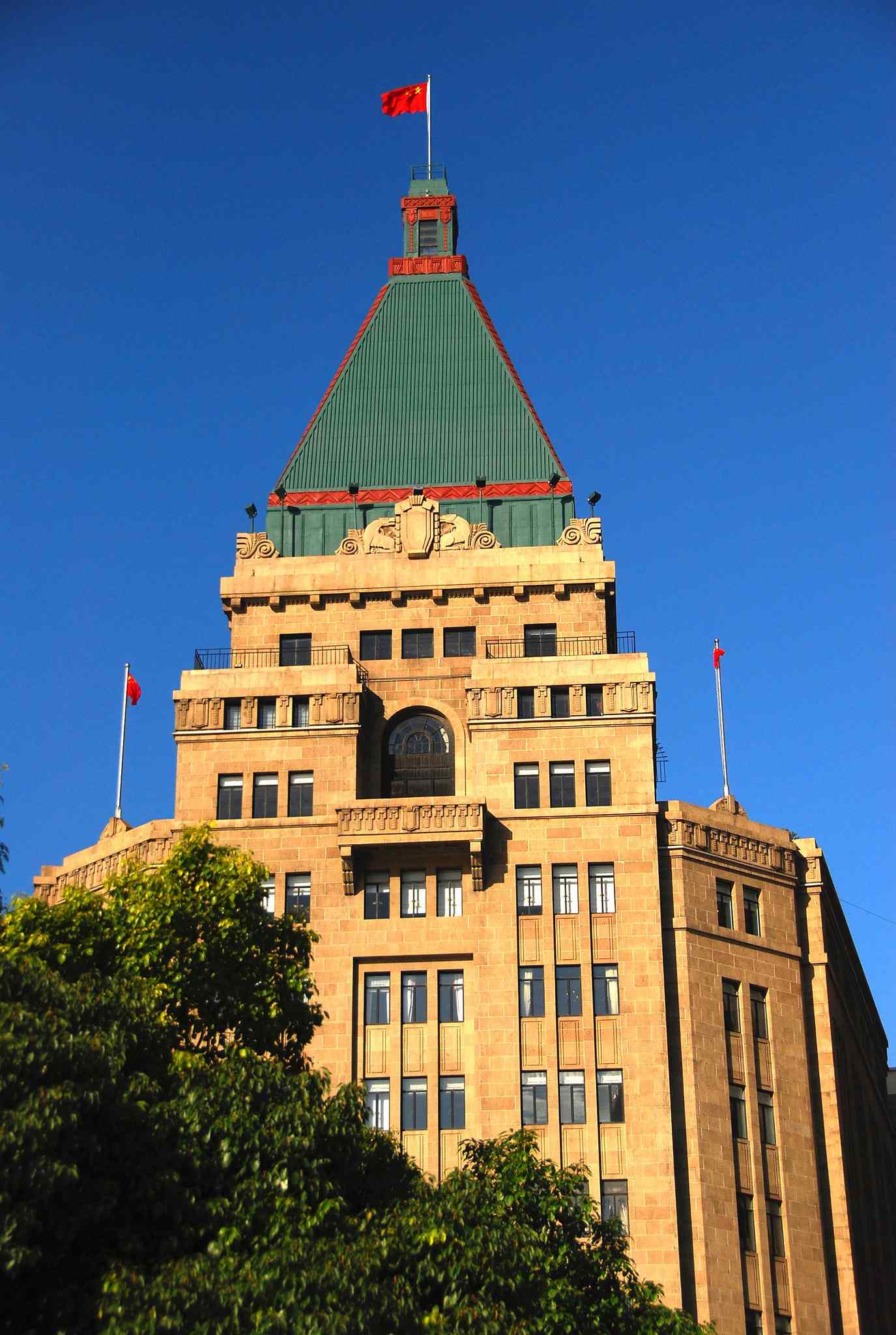 The Peace Hotel. Photo by Rob Deutscher via Flickr

SAT: In that vein, how do you define the uniqueness of Shanghai’s Art Deco style? Art Deco was more than architecture; it’s a lifestyle that pervaded fashion and design across Shanghainese society back in the early half of the 20th century. Do you feel that is why Art Deco heritage buildings resonate better with locals and are better preserved than vernacular architecture?

PC: It’s hard to define Shanghai Art Deco. It takes time to train your eye to it. But in essence, it is what happened to Art Deco when it was transplanted to a new environment, taking elements and attitudes from the local culture and creating something new and exciting. Especially in fashion and graphic art, you can feel in Shanghai Art Deco the excitement of a time when East and West were colliding and producing a lot of creative energy.

Shanghai Art Deco resonates with Shanghainese because they grew up with it, and because it is part of their identity as a distinctive, syncretic culture a bit apart from the rest of China, and in contrast to the Imperial culture that pervaded the rest of the country. Of course, most of that Imperial heritage is gone now. But Shanghai culture continues to evolve. 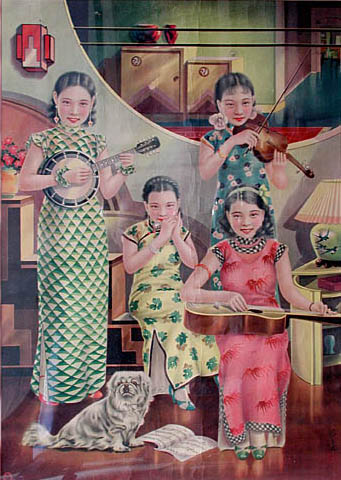 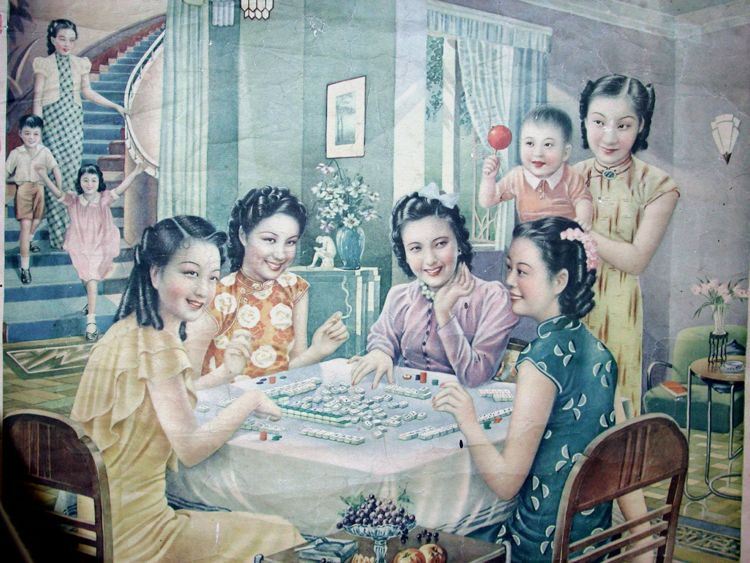 Source: Depictions of Art Deco style in Shanghai during the 1930s. Second picture by Ma Jiang.

SAT: The organization Historical Shanghai will be hosting the World Art Deco Congress in 2015, I believe the first time in Asia. Can you explain the role that your organization has played in lobbying Shanghai and how are preparations coming along?

PC: The first World Congress on Art Deco was organized in Miami Beach in 1991, and every two years since then, one of the members of the International Coalition of Art Deco Societies has hosted the congress. It has been held in Australia and in New Zealand, but this will be the first time a World Congress has been held in Asia proper. I traveled to the World Congress in Rio de Janeiro in 2011 to bid for the 2015 congress, and our proposal was accepted. 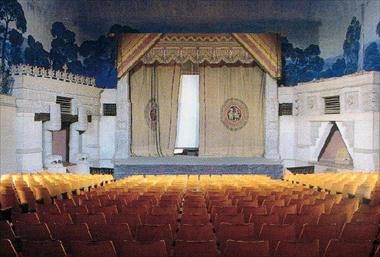 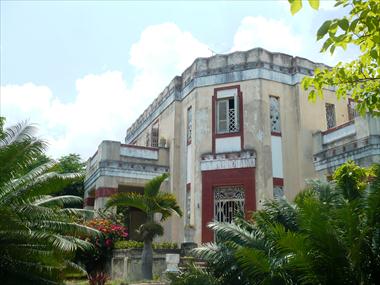 SAT: What do you hope to achieve other than introducing Shanghai’s wonderfully diverse Art Deco landscape to a specialized Congress audience? Do you feel the Congress will help raise deeper awareness within the local government and residents alike to drive more substantive preservation for heritage architecture in Shanghai?

PC: The primary purpose of the Shanghai Congress is to provide a week’s worth of Art Deco pleasure to aficionados from around the world. It’s an Art Deco frenzy! But this congress will also serve to raise awareness among all Shanghainese about the value of their own special Art Deco style. The Shanghai government is supportive of our efforts, as are several local academic institutions. 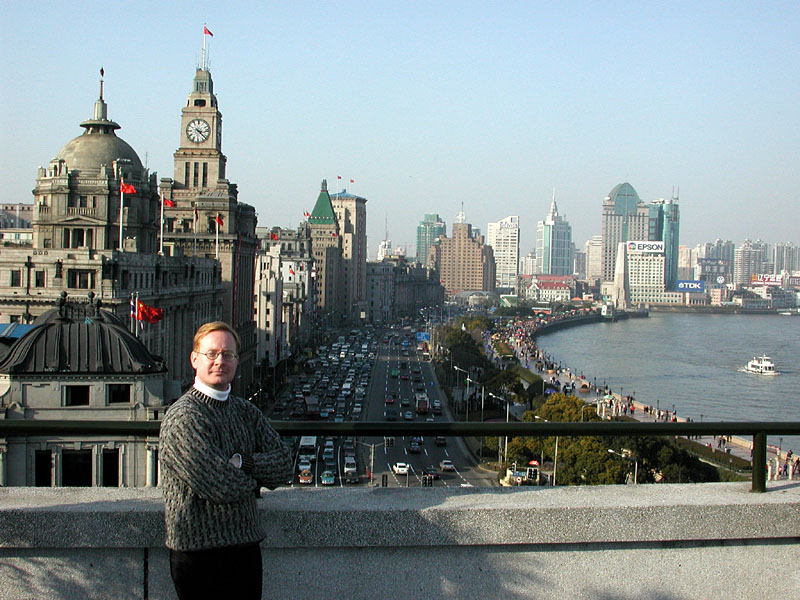 Wm Patrick Cranley posing with the Shanghai Bund in the background.

SAT: What will participants be expecting this coming Art Deco weekend? 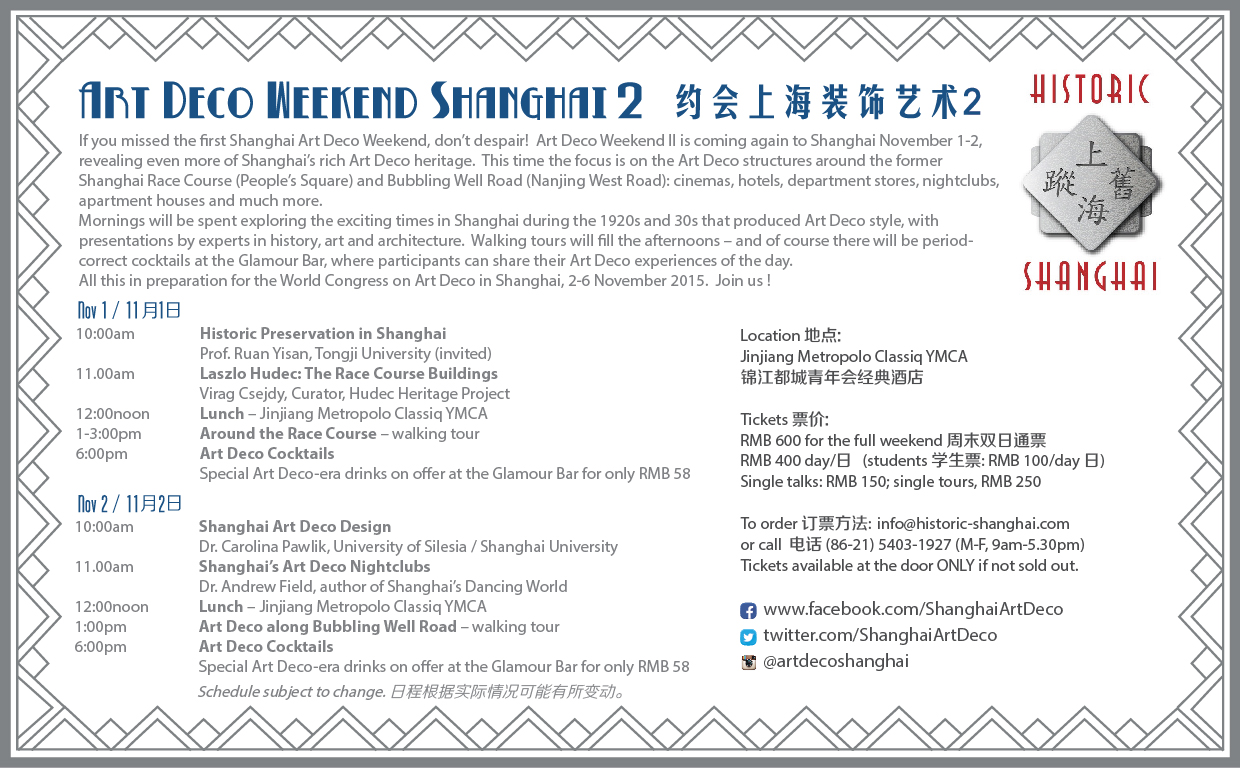 For those interested, I had written a piece on ‘Art Deco’s influence on Shanghai’s shikumen’ where I cited Patrick’s organization and World Congress on Art Deco extensively.

I found him standing by the pavement, staring into the distance. He was wrapped in a large plastic sheet with a giant plastic clip cinched near his neck. His hair…