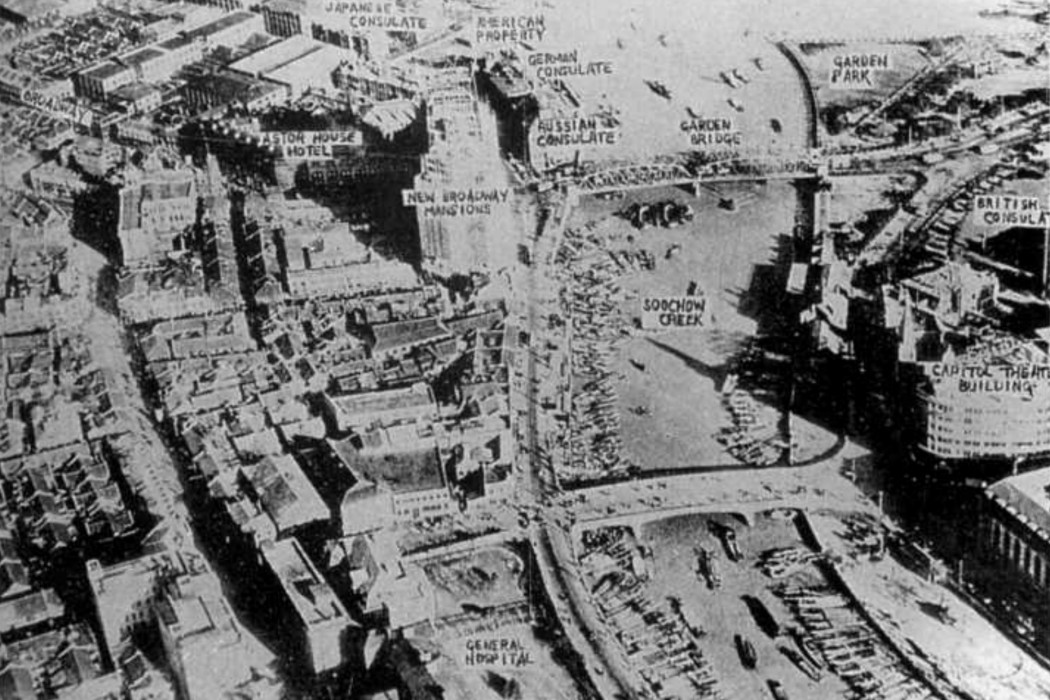 Entering the short stretch of Xiamen Lu (厦门路) just a block away from the Suzhou Creek, the strong smell of soldered steel filled the air. The repetitive screeching of metal cutting metal was piercing enough to hurt the eardrums, while the eyes are treated to the vivid shapes and colors of steel rods stacked like pop art.

Sweaty men with grease stained hands sliced up rods and parts, the accompanying spray of sparks creating ribbons on an otherwise grimy street. Bundled metal rods and uncut aluminum stacks fronted shop after shop for passing customers. The humidity of the summer mingled with the heat emanating from melted metal. Once in a while, a light breeze from the river would flutter through. 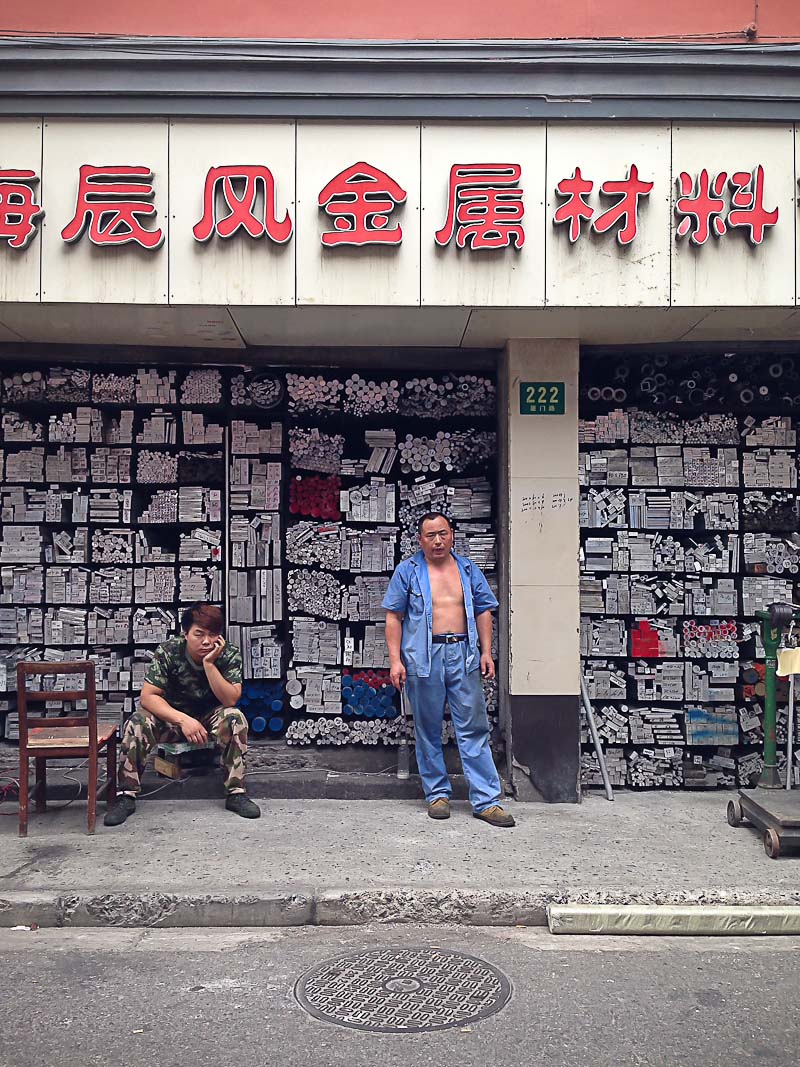 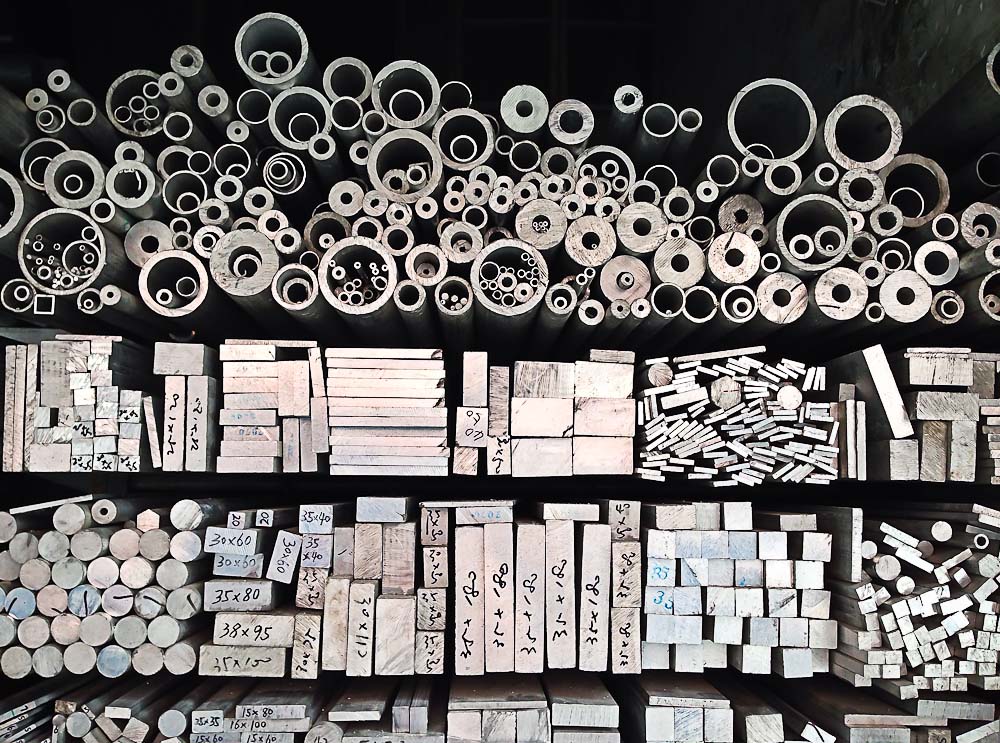 Flowing into the Huangpu River, the Suzhou Creek was an important shipping route during the 1920s and 30s as it facilitated the delivery of goods to the rest of mainland. As a result, docks, warehouses and factories proliferated and contributed to industrialization in the area, discharging significant amounts of waste into the waters. It wasn’t long before the Suzhou Creek became infamously “dark and smelly” (又黑又臭).

In the 1930s, a government-owned processing factory (上海市公务局道路工厂) sat between Xiamen Lu, known then as Amoy Road, and Suzhou Creek. This fed the many metals processing and trade businesses around the plant (seen in the narrow rectangular blocks in the map below). Fast-forward decades later, the industry remains very much alive, albeit in more finished and complex metals. While the Suzhou Creek is no longer used for heavy goods transportation, these middlemen continue to meet the day-to-day demands of real estate construction happening at every juncture of the city. 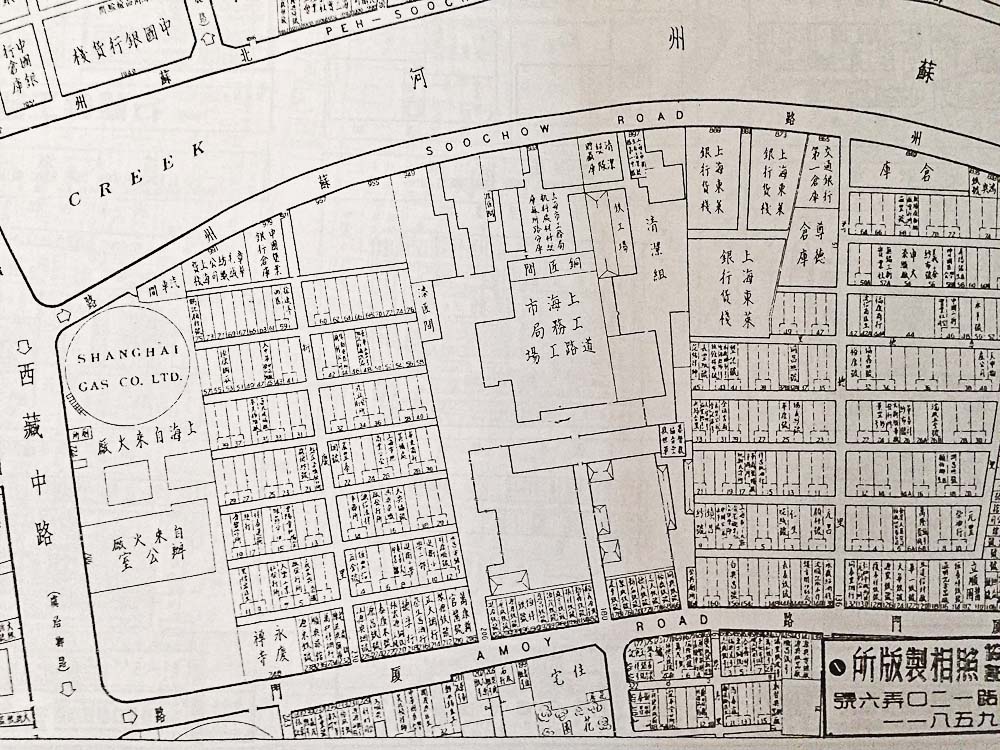 Wandering in and out of busy shops and bustling shikumen lanes sitting behind the metals shops, mainly Putonghua can be heard with a smattering of dialects. Just like in the early 20th century when Shanghai attracted Chinese migrants, mainly from the lower Yangtze Delta (in particular Jiangsu, Zhejiang, Anhui) escaping unrest and poverty or seeking new fortunes, who eventually became “modern Shanghainese”, new migrants today have taken over the rough and grubby businesses that earlier migrants have left behind. Now they come from farther provinces like Hubei, Henan or Chongqing municipality to join expanding hometown networks in the city.

As Shanghainese move on to more modern housing, they rent out their rooms to migrants who choose to live close to work, old shikumen lilongs. Yet, the new migrants scrimp in the city to stretch their renminbi that build more spacious houses and feed large families at home. They co-exist with remaining older Shanghainese who have watched the social dynamics of their neighborhood evolve over the decads. Cheek by jowl, they live their separate lives, some peacefully, others muttering complaints under their breath about each other. 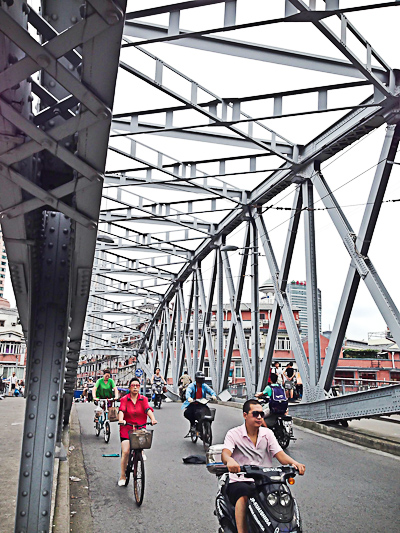 A little help, a closer look

“So, tell me again, why are you photographing all this?” Mr Gu scratched his head and examined my camera and tripod. A technician from Zhejiang working at Sinan…