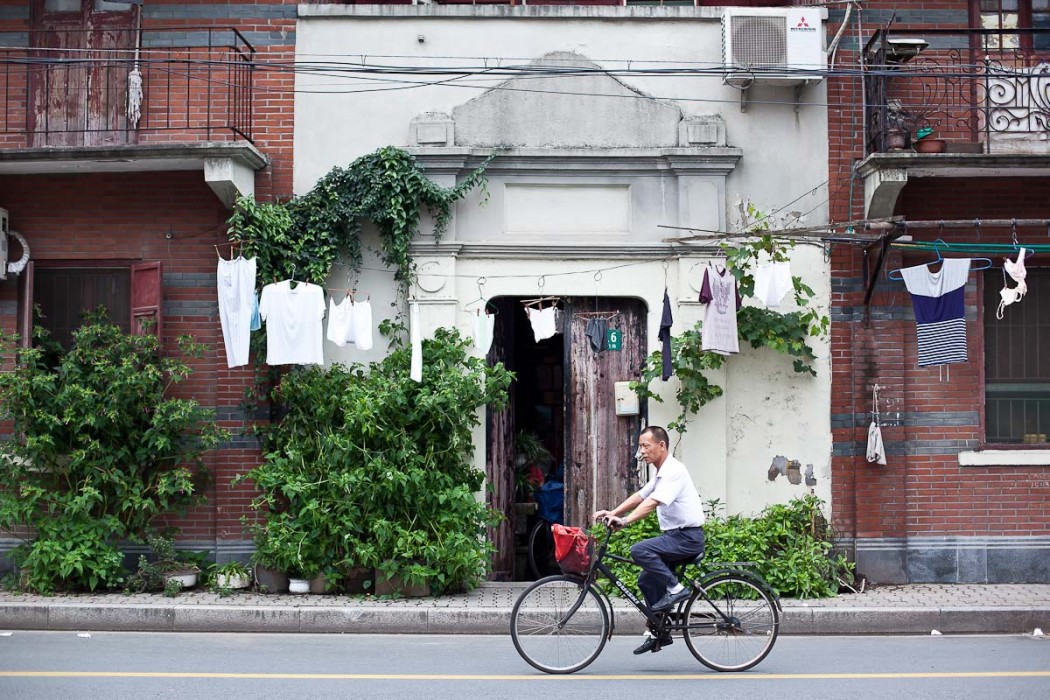 The streets have grown quieter.

As Siwen Lane (斯文里) in Jingan district empties out ahead of demolition and redevelopment, the surrounding neighborhoods are anticipating changes too. New basketball courts, administrative offices and a large park have sprung up on the east of Shanhaiguan Lu (near the bend of Datian Lu (大田路)) while the old lilong community watches cautiously from the west. Similarly, some businesses and residents have begun departing too.

It was a slow afternoon. Vendors napped in wooden lounge chairs or busied themselves stocking or fixing wares. Residents, a mix of elderly Shanghainese and young migrant families, clustered and traded gossip on sidewalks, basking in what little ventilation the humid afternoon allowed. I photographed facades and sought to capture lives behind half-closed shikumen doors and gloomy alleys. 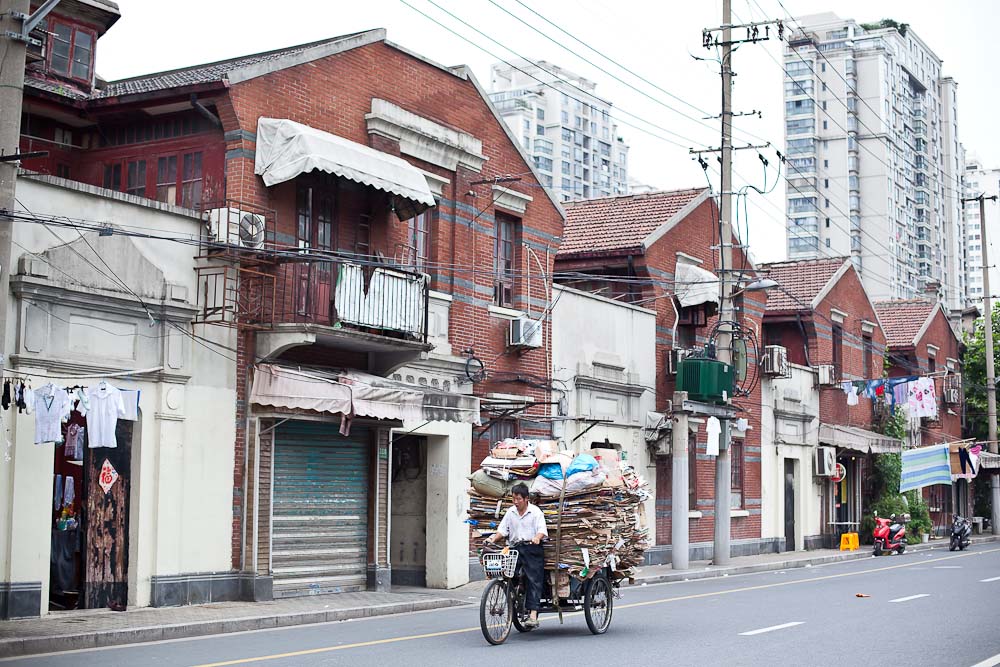 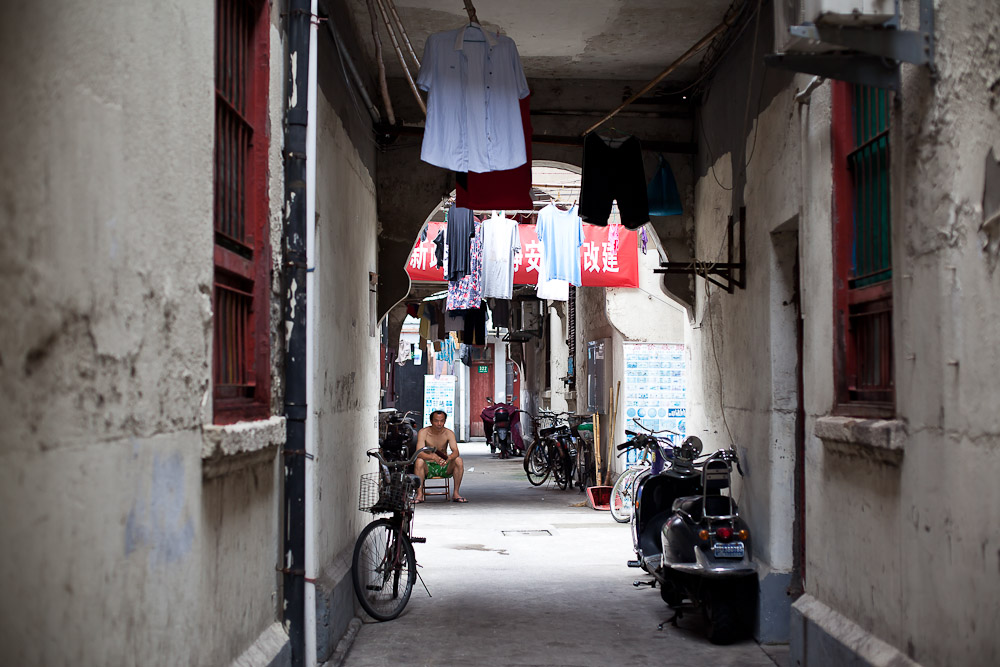 Curious about the history of the street, I found a 1940s map of Shanhaiguan Lu, Datian Lu － actually known back then as Datong Lu (大通路) – and Xinzha Lu (新闸路) in an old Shanghai street directory. It revealed large swathes of shikumen lilongs dotted with schools, shops and large markets, characteristics of a vibrant community. 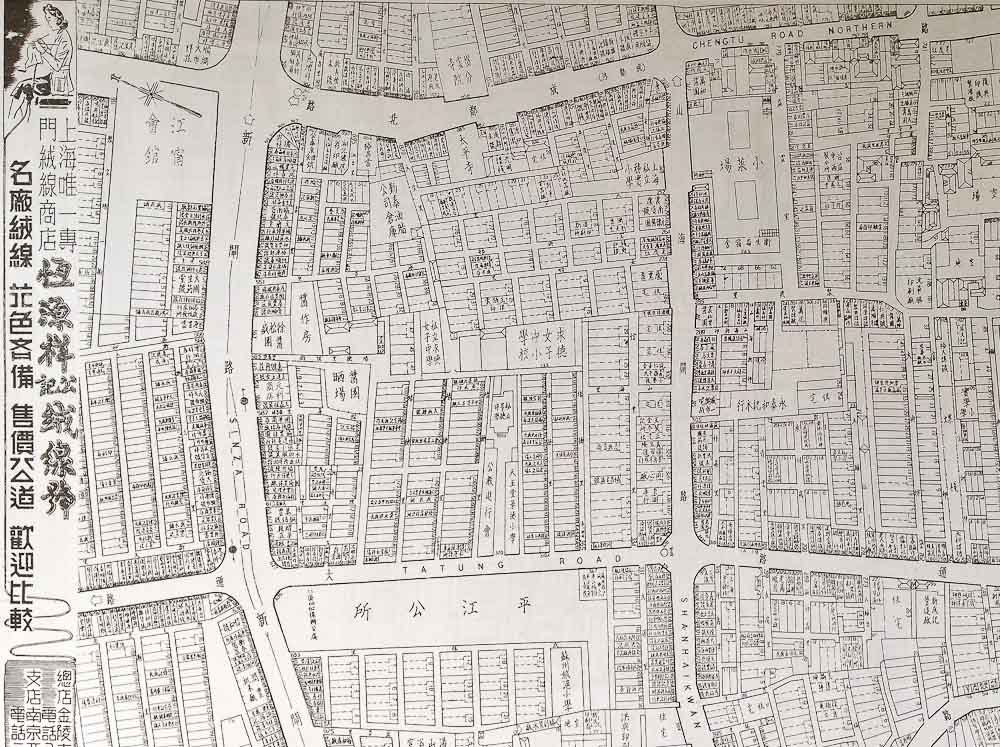 But I wanted to know more about what Shanhaiguan Lu was for the everyday Shanghainese. Delving deeper online, I discovered a blog written in Chinese by an older Shanghainese man named Yu Chen. Focusing his camera on the overall stretch of small businesses and how they fit within the community, he brought to life a slice of Shanghai that only locals his generation could see.

He described the traditional layout of the (lilong) neighborhoods “where shops occupied the first floor and faced the main streets while residences occupied the upstairs. One particular cotton factory had a small balcony above a frame and triangle pediment that showcased the western and eastern architectural style of shikumen.”

Pointing out shop signage that I had clearly missed, he noted, “‘Shaliwen’ (沙利文) is an old famous Shanghai biscuit brand. ‘Laodatong’ (老大同) is another established Chinese soy sauce. One can’t hep but feel familiar with these old names.”

Photographing what I had thought to be piles of messy blankets, he observed, “People still love traditional Chinese cotton quilts that are handmade with the ancient craft of tan mian hua (弹棉花)(teasing and fluffing cotton).”

While I saw vendors stooped over greasy tools, he saw perseverance and preservation. “The old trades of shoe repair and clothes mending still have space to survive in this space.” 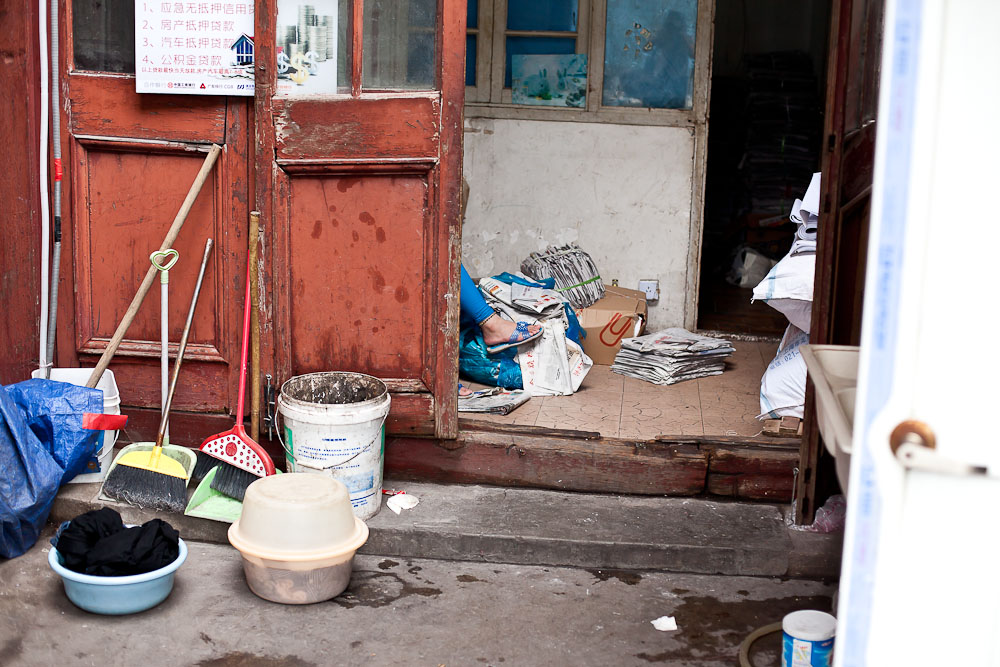 His photos of Shanhaiguan Lu, taken two seasons earlier, conjured up a buzz of commercial activity infused with nostalgia. As an outsider, I can never claim to fully comprehend the rich and diverse history that many Shanghainese experienced growing up in lilongs. This is evidenced by the contrast of what Yu Chen and I focused on along the same street.

But we were clearly drawn there for the same reason, knowing that the neighborhood and its dynamics will change very soon and our perspectives, as varied as they are, will be but a collective virtual memory shared by some. 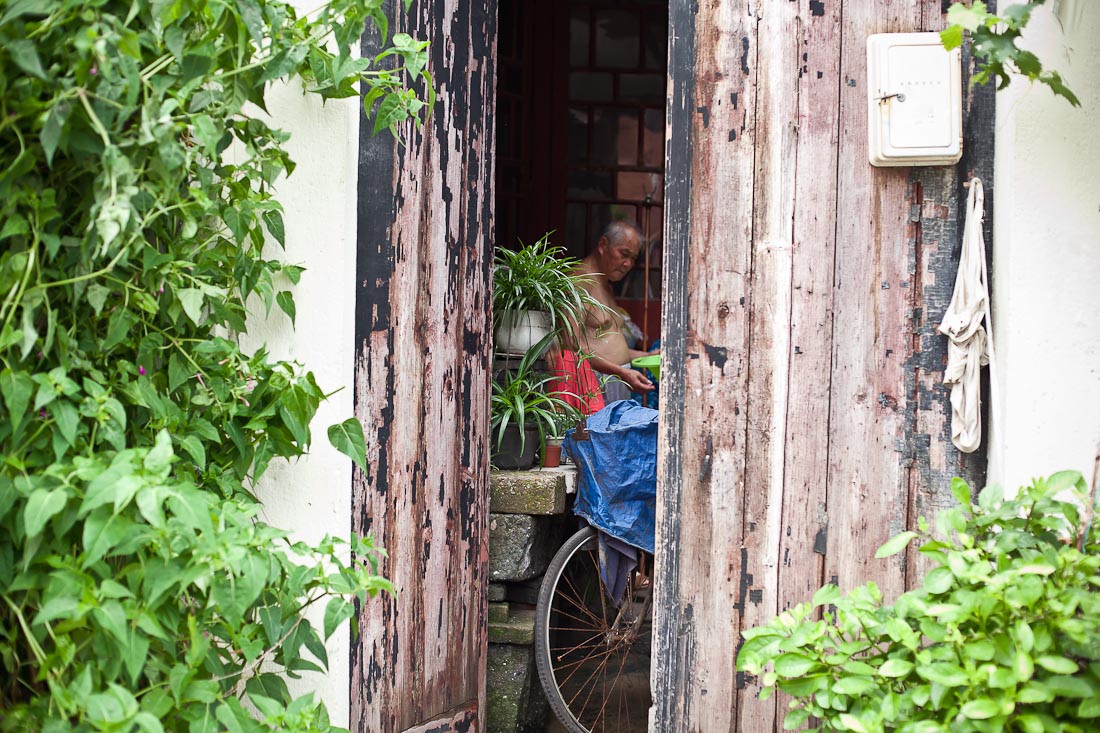 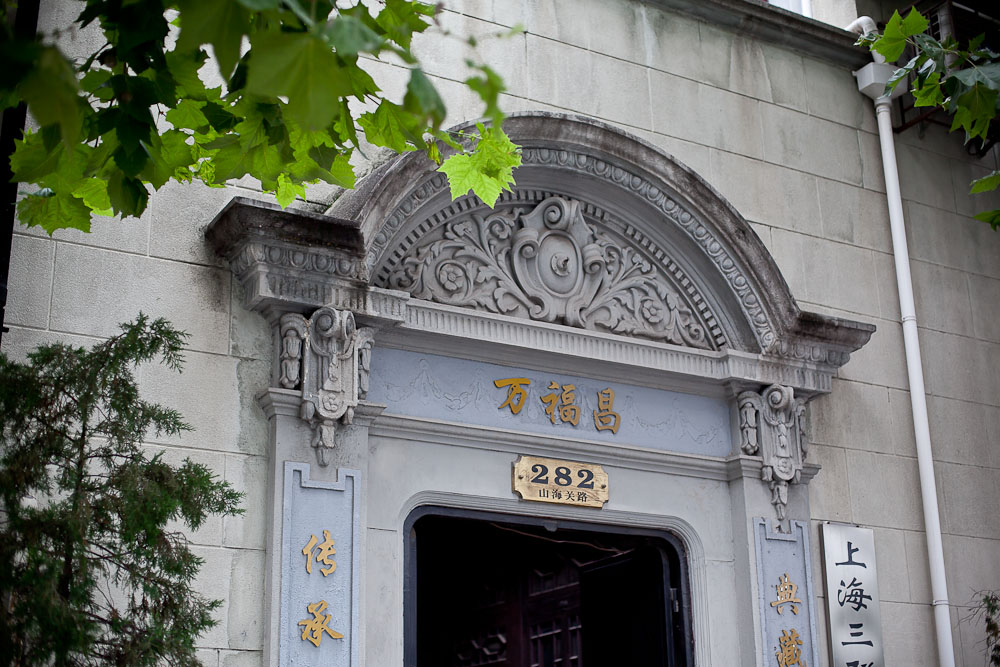 Terence Lloren is a sound artist based in Shanghai who creates field recording projects, releasing them under his label, Bivouac Recording. Trained as an architect but with a passion…