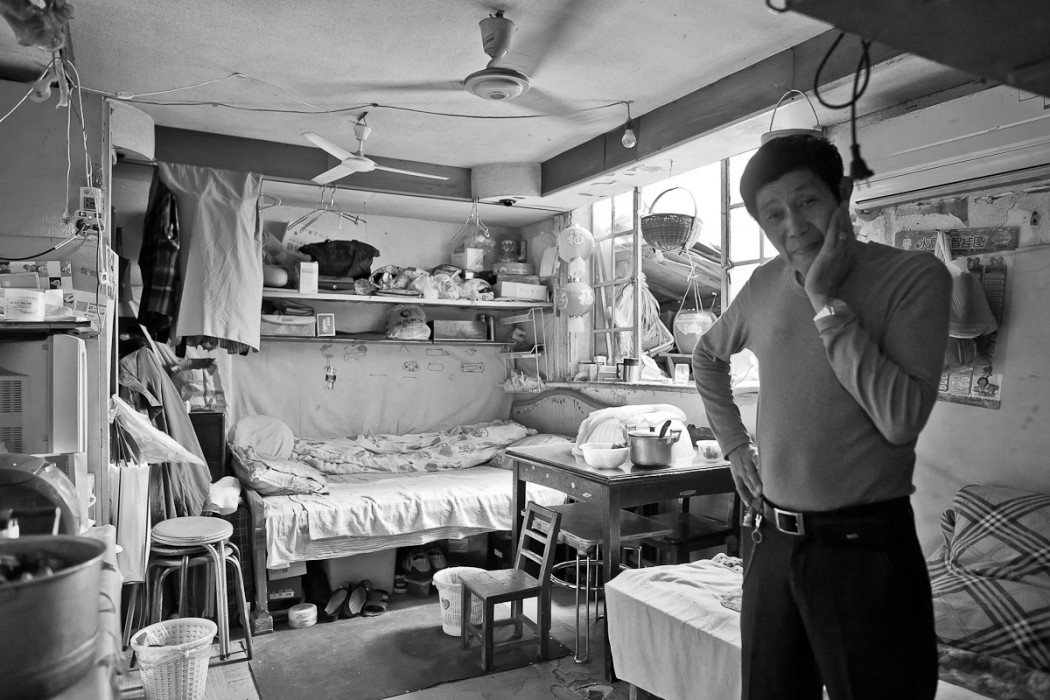 The glutinous rice was cool and moist, exhibiting a delicate balance of chewiness and sweetness. I bit into the centre of the dumpling or zongzi (粽子) where a preserved date, steeped for days in sugary syrup, deepened the delectable flavors.

Sitting on a child’s stool in a cluttered room, I asked my host about his hometown. As we spoke, I peeled away the pink raffia string and bamboo leaves that encased the dumpling.

“A town in northern Jiangsu,” he responded. Subei (苏北) for short was the poorer half to the more well-off southern Jiangsu.

Mr. Shen (“The ‘shen’ in Shenyang (沈阳),” he helpfully pointed out) sold women’s clothing at the nearby wholesale market on Qipu Lu  (七铺路), a brisk 15-minute walk away. I used to photograph migrant families who lived in half-demolished lilongs behind the markets. Neglected by authorities and their landlords, the living conditions were appalling.

Preferring the sturdier confines of an old, crumbling British villa, Mr. Shen shared his room with a few relatives. It faced a small courtyard where the neighbor’s window was shouting distance but enjoyed plenty of sunshine. 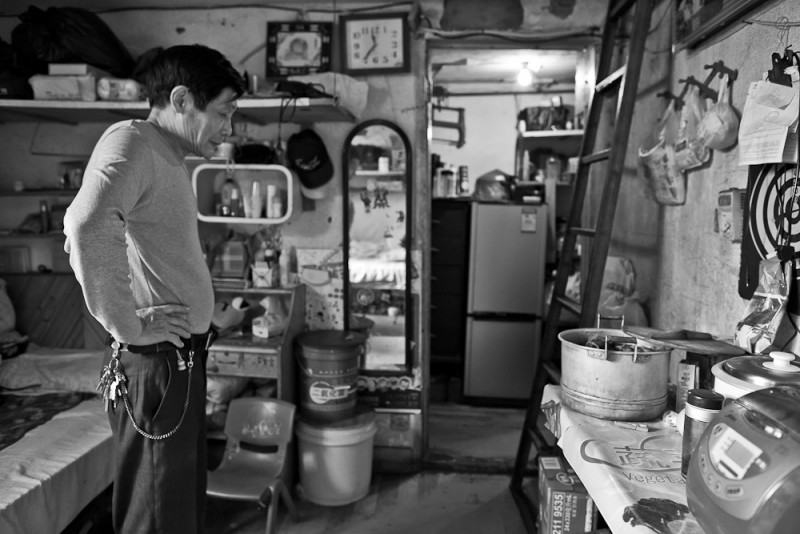 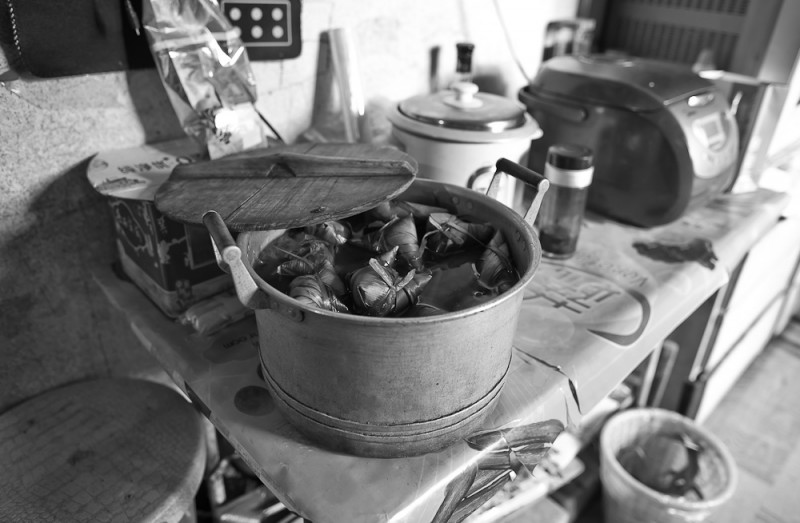 It was the weekend of the Dragonboat Festival or duanwujie (端午节) when I met Mr Shen. Instead of jostling with overzealous photographers along Suzhou Creek to watch dragon boat racing, I headed to this old villa located on Sichuan North Road (四川北路) after hearing that it had been slated for demolition.

By the time I got there, residents were busy packing and moving out. Old appliances and crates crammed the alleyways as scrapers hunted for buried treasure. Most Shanghai residents were headed for new apartments in faraway districts, the lucky ones had snapped up nearby homes earlier on.

But for transient migrant families in Shanghai, their only option was to find similarly priced accommodations – an old villa or shikumen lane – that remained near work. Another cramped room in another crumbling structure.

I pointed amusingly to a child’s excited drawings on the far wall and joked that he would have some explaining to do to his landlord. He chuckled, adding that his grandchildren visited during the holidays, which made the space crowded but joyful. Plus, that was why they hung up a cloth sheet for the kids to release their creative drive. 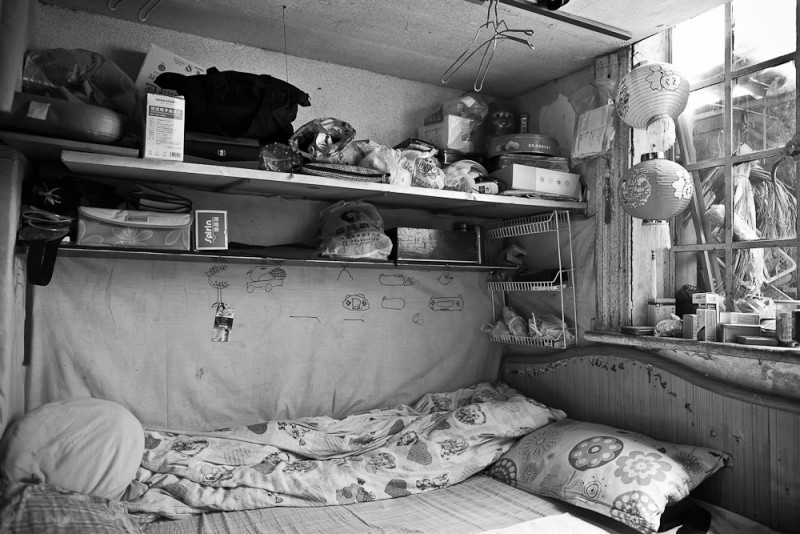 After shamelessly licking off the remaining rice on the bamboo leaves, I thanked Mr. Shen for his hospitality. I confessed that since leaving Singapore, eating dumplings without my family was just not the same so I rarely bothered to consume them during the holidays. But the few morsels I had brought back warm memories, I concluded sincerely.

“You should have more then,” he cheerfully offered, scooping another one from a pot where more dumplings floated.

I politely declined. Showing him my camera, I joked that glutinous carbs and equipment wouldn’t go well together. I had the rest of the house to finish photographing.

He showed me to the door of his little alcove, we moved from his sunny room into the darkness of the corridor. I met my photographer friend a few minutes later, we had lost each other (as usual) in the cavernous building.

“Where were you?” he asked.

I grinned and replied. “Celebrating duanwujie.” 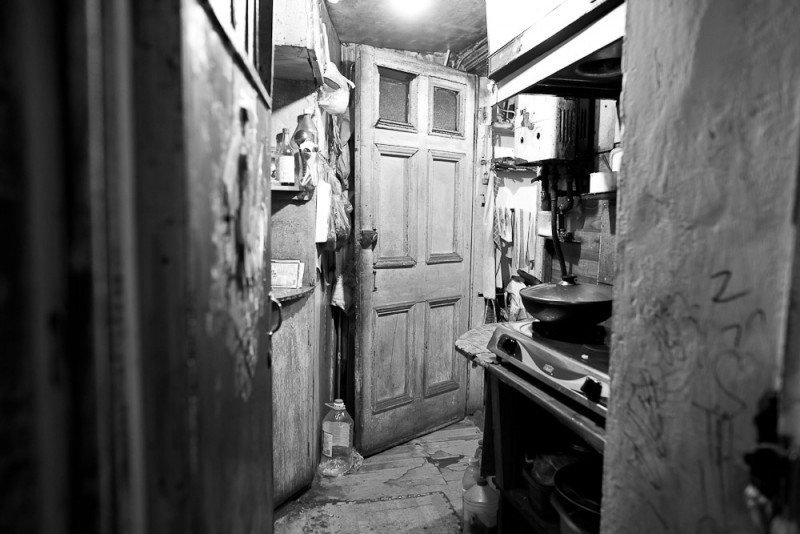 If walls could talk

It was unusually quiet in this particular longtang*. For one, the cold snap has more or less driven everyone indoors to huddle around heaters, that is, if they…