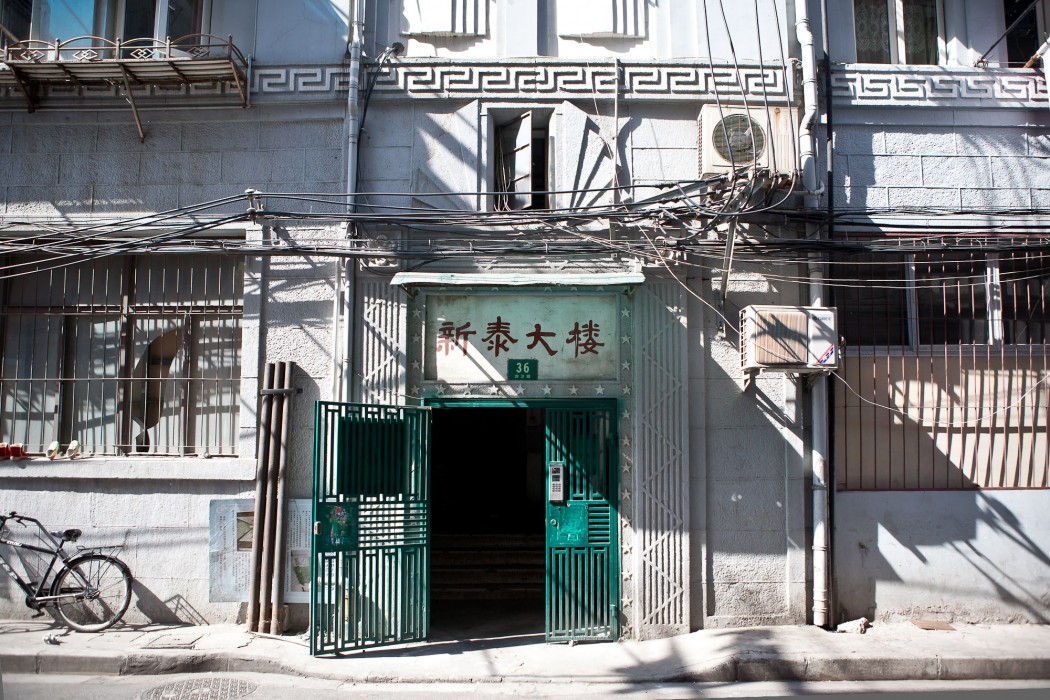 Every time I travel along the busy Henan Lu (河南路), I watch for the blue plastic awnings that dot each window of the seemingly nondescript building. The walls are a grey tinge, dotted with colorful bits of laundry on a fine day. Unless you turn into the narrow Sijing Lu (泗泾路), passersby often miss the eclectic entrance that gave the building more character. In fact, Sijing Lu boasts several impressive facades including an old 1910s British warehouse/office compound and the imposing former China Import & Export Lumber Company built in 1907. 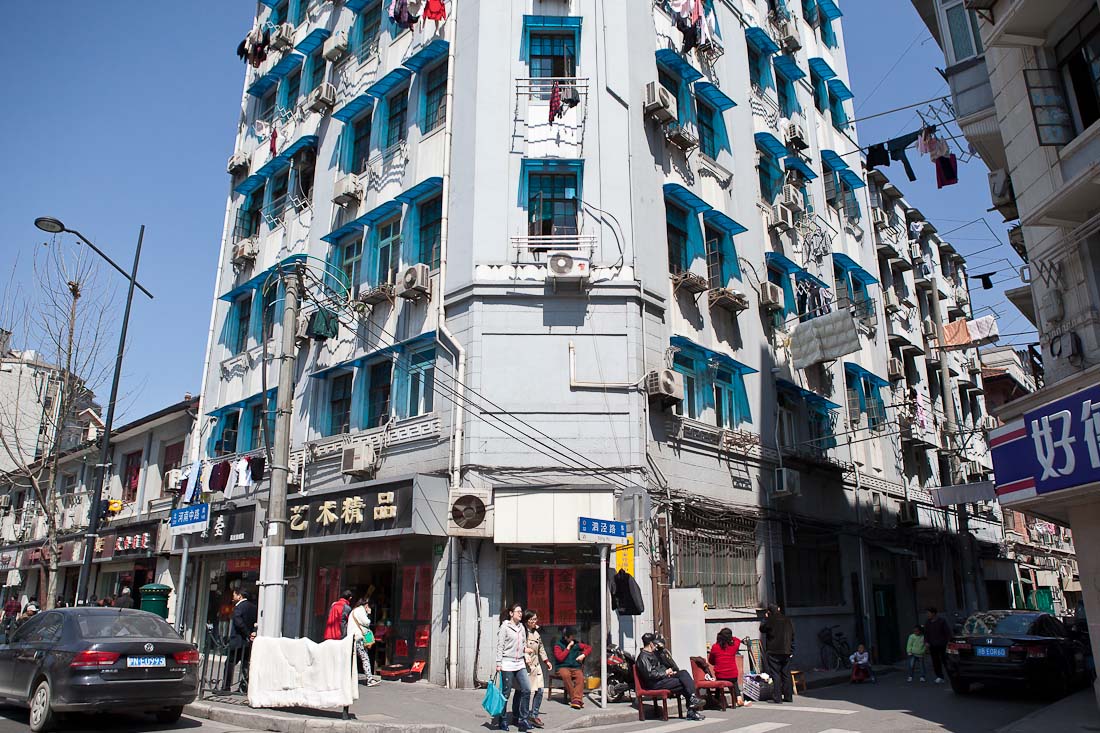 The Xintai Building (新泰大楼) has a fan-shaped decorative header which sits atop two columns lined with stars and stripes. A Chinese key motif wraps around the buildings, bridging the East and Western influences common in Shanghai’s architecture in the early 20th century. 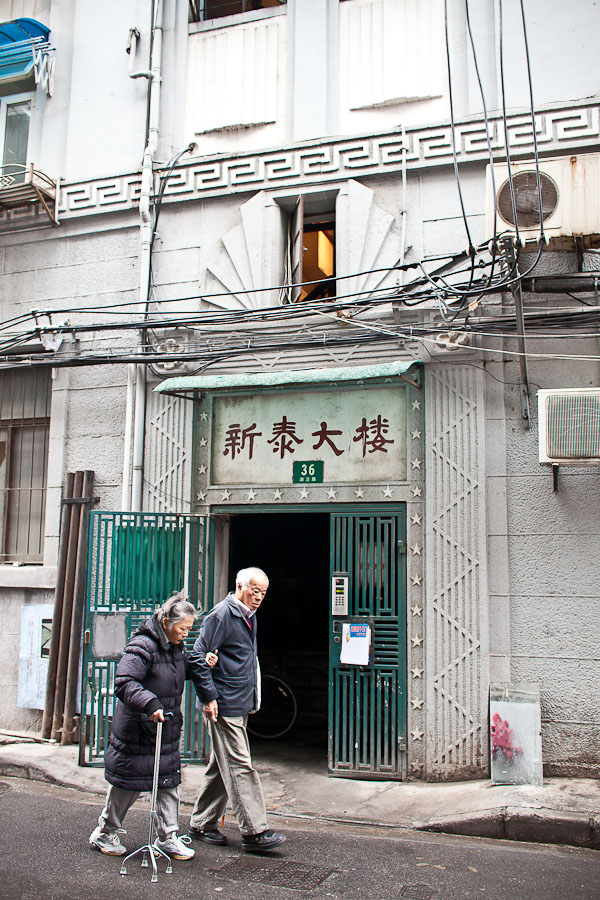 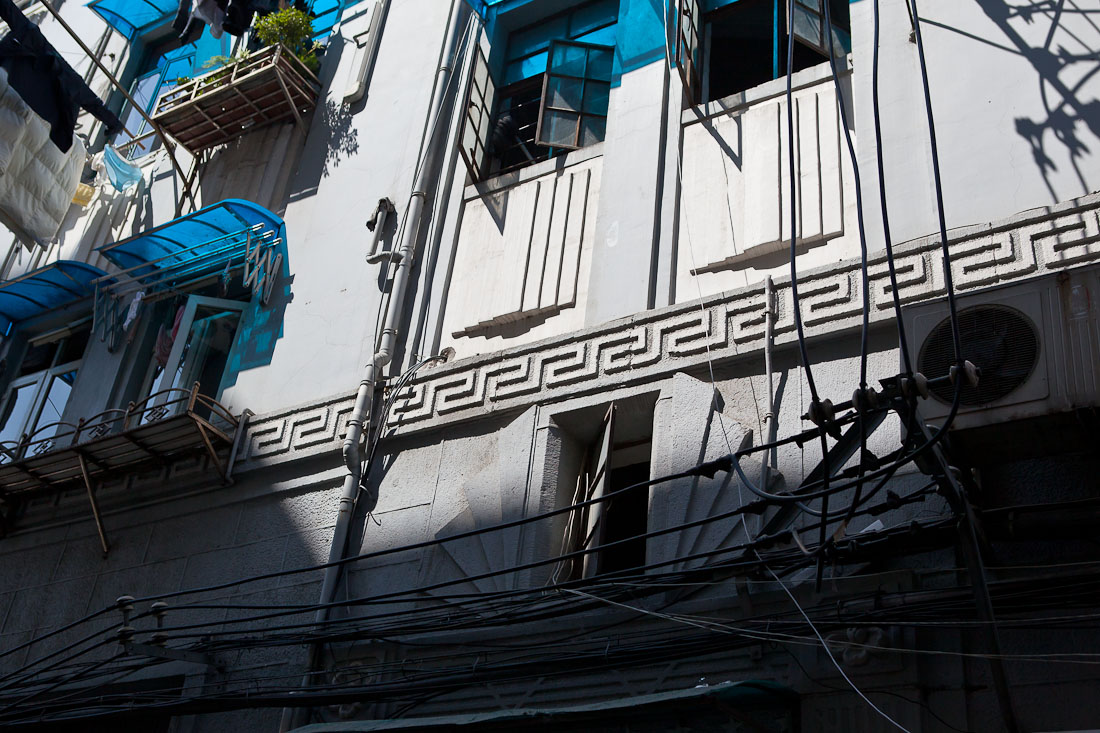 Seasons have passed since I photographed the interior and exterior, first on an autumnal afternoon where the light was accommodating and playful, and again on a wet, dismal winter morning. Occupants on each floor, a mix of residents and small businesses, kept to themselves. Other than a few older Shanghainese families most were nuclear communities from out of province, minding their own business. Most residents I spoke to had little knowledge of the building they lived in, other than it had served as an office building.

In fact, it had originally been the Fujian Xintai Bank (辛泰银行), a private bank that had established its headquarters in Shanghai in 1931 with branches across Fujian province in Fuzhou (福州), Yanping (延平) (now Nanping (南平)), Pucheng (浦城) and Xiamen (厦门). 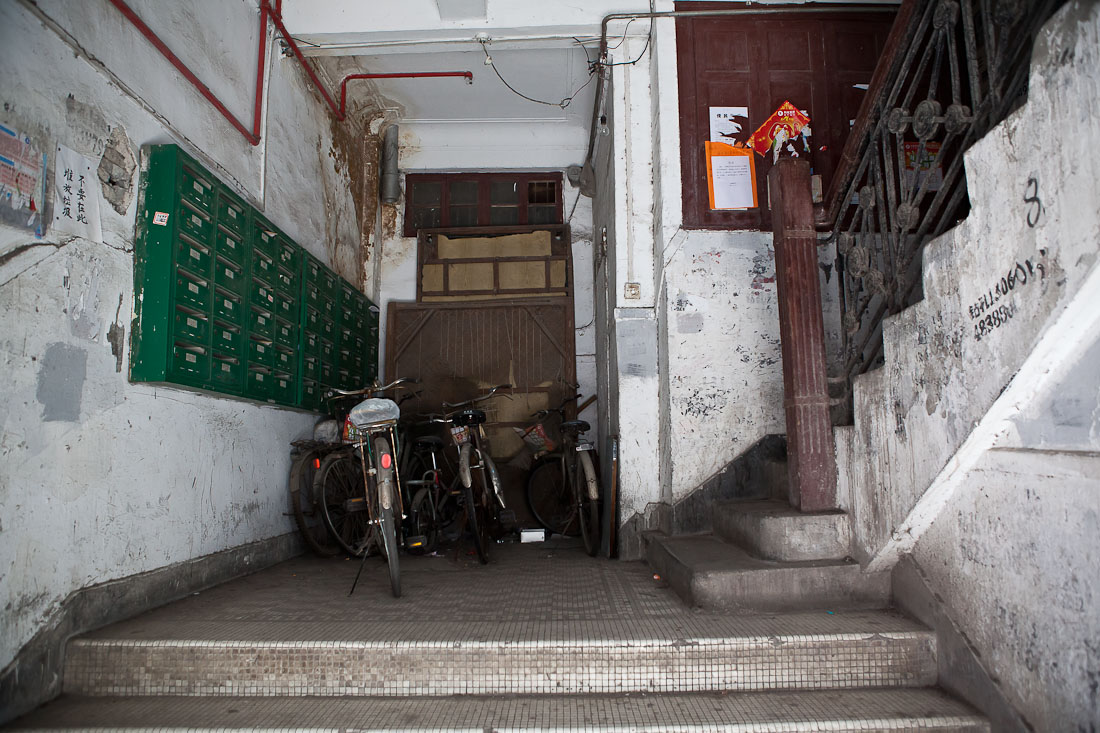 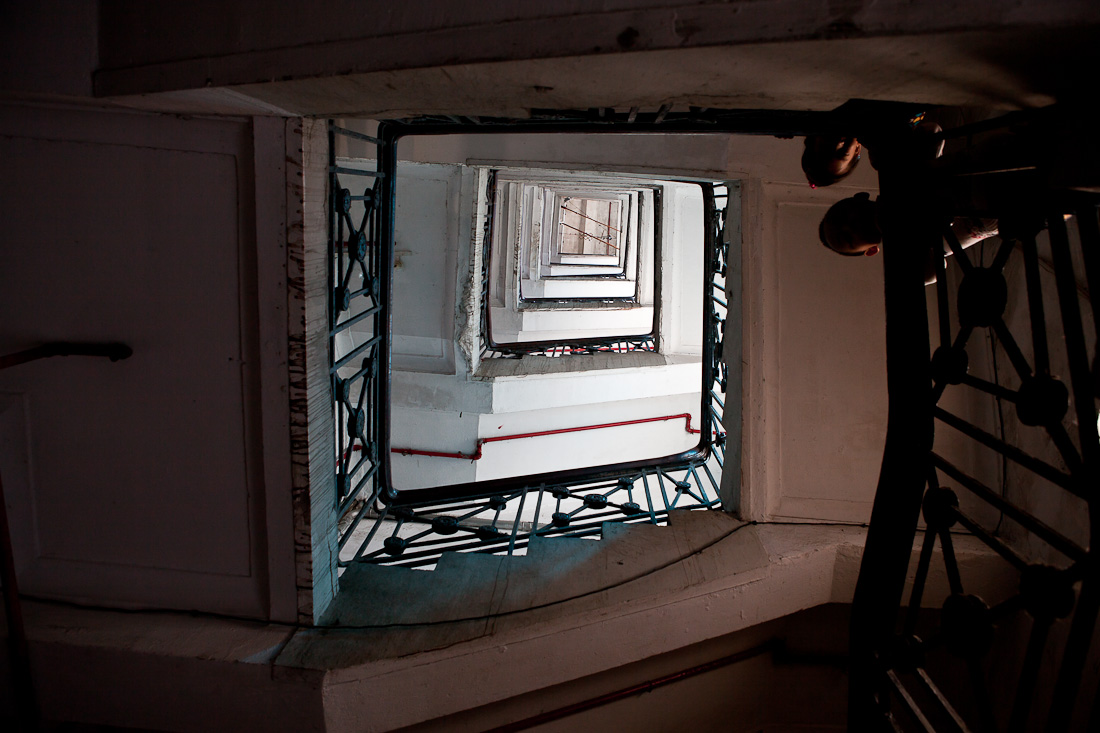 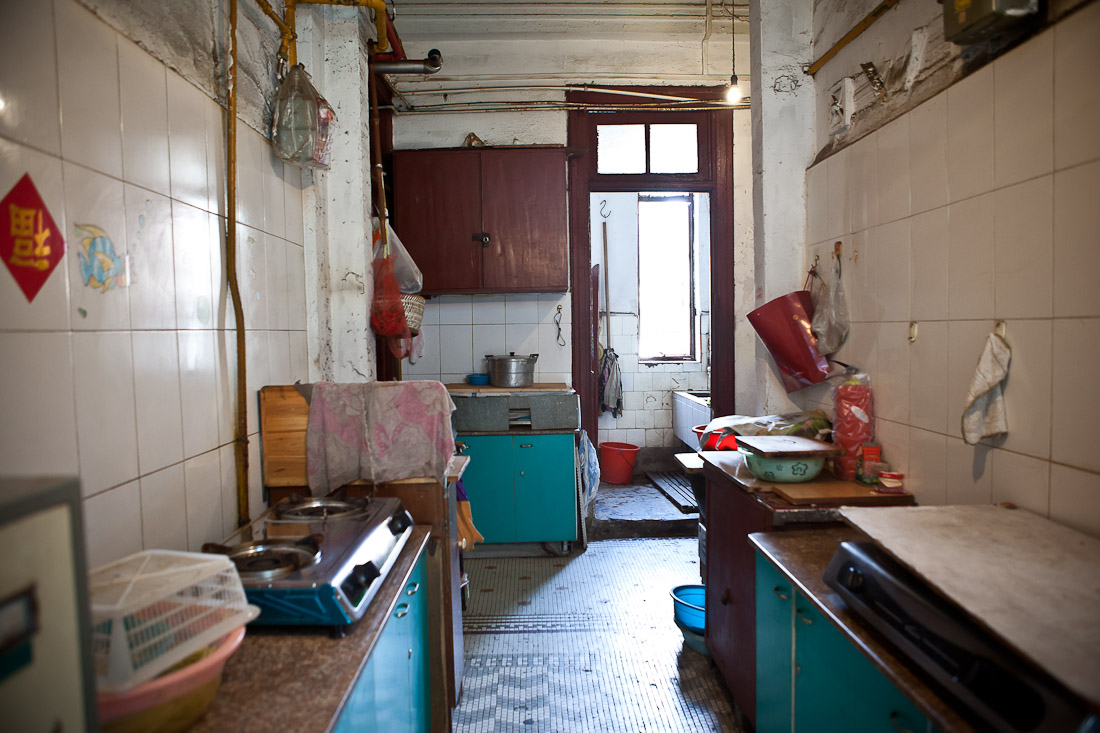 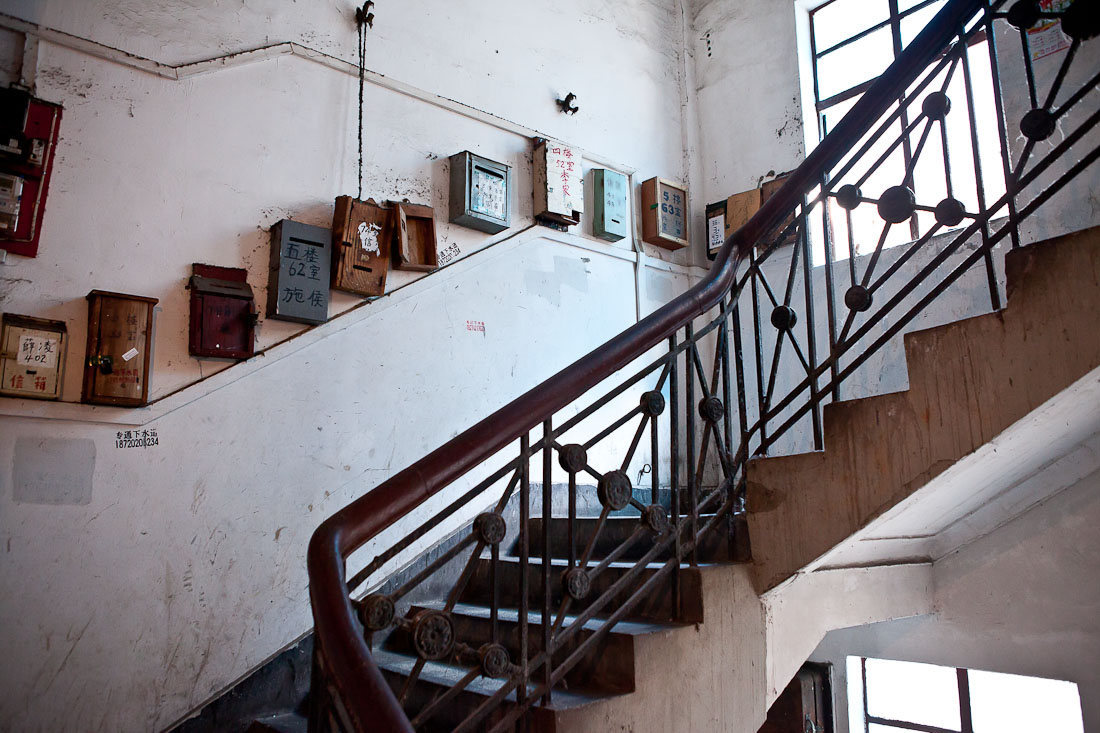 Little else is known about its Shanghai premise but my research led me to a surprising wealth of information about Xintai Bank’s branch in Fuzhou, located in one of then five Chinese treaty ports open to Western merchants and missionaries. Foreign merchants and consulates – British, French, Mexican, Russian – were housed on Yantai Mountain (烟台山) which today remains an island filled with crumbling Western villas and structures.

The history of Yantai Mountain and how it came to house the enclave of Westerners is intriguing. It had been known to be haunted as a former burial ground and thus freely passed onto the foreigners who eventually a settlement including offices, foreign banks, schools, churches, residential homes, and warehouses for business. Soon, Chinese businesses and banks were forced to the island for commercial reasons, and eventually even moved there for their children to attend foreign missionary schools.

Xintai had rented the famed residence called Zhong Lu (忠庐)(or “Loyal Cottage” owned by the Rong family as an office for its branch, its location convenient to business and consulates alike. Nestled amidst similar Western villas, lush greenery and winding paths, Xintai’s branch quite different from its more utilitarian headquarters in Shanghai. Today, it is resumed as a residence passed on through several families though barely lived in. Passing tourists have managed to capture the interior and exterior though it has barely raised much interest in the tourism community.

Historians considered the golden decade of banking in Shanghai to have begun as the Northern Expedition unfolded from 1926 till the onset of the Sino-Japanese war in 1937. 186 Chinese private banks registered with the government from 1912 to 1927, of which 137 had gone out of business by the time the Japanese invaded. Fujian Xintai Bank was one of them, closing in 1941.

Leaving a family history of poverty behind in Siwen Lane (斯文里)

His name was Wang. A bespectacled man in his late 30s, he wore a short-sleeved shirt and carried a sling bag. When I met him, he was studiously examining blueprints…