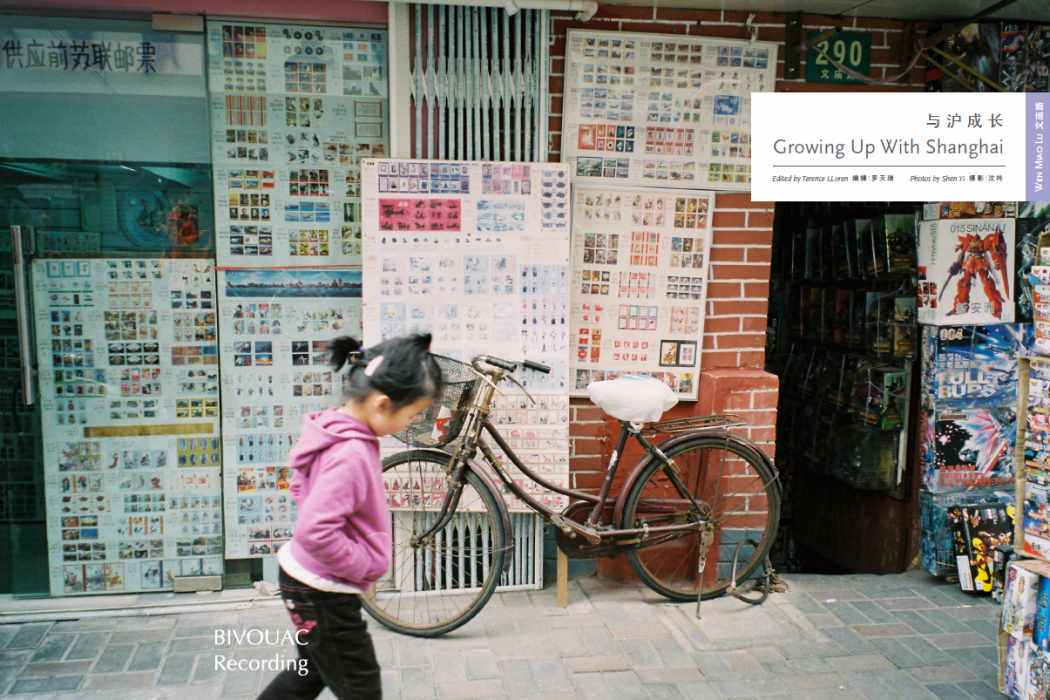 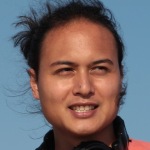 Terence Lloren is a sound artist based in Shanghai who creates field recording projects, releasing them under his label, Bivouac Recording. Trained as an architect but with a passion for sound, he took night classes for audio engineering in New York and moved to Shanghai in 2006. He has worked on sound design and recording for independent documentaries and films.

I first met Terence in 2010 after hearing about his “Growing Up With Shanghai” project which records young Shanghainese reminiscing about their childhood in the neighborhood they grew up in. He accompanies his subjects and captures remarkable details – rumbling buses, bustling street vendors and rustling trees – lending a rich sensory flavor to the city.

A labor of love for Terence, the audio project is available online and has been transcribed into hardcopies, paired with work by collaborating photographers.

SA: Let’s talk about “Growing Up With Shanghai”. What inspired you to initiate the project?  Since starting in, how many stories have you accumulated?

TL: Before I came to China, I had just begun to be interested in the genre of field recording. My audio engineering course taught me to use my ears more than my eyes which really made me concentrate and listen more to my surroundings both inside and out. I thought more about how things made sound and the almost inaudible sequence of events of a piano strike or violin string. How many things do you hear by playing a simple piano key? What are the physics involved? It gave me a whole new world to discover; my world just became so enormous.

When I moved to China, I began freelancing as a sound recordist in 2009, (and) had more time on my hands to experiment. I stumbled upon a sound walk project that involved a woman talking about her childhood in Shanghai and I thought it was great how they merged the city sounds with her story that could be experienced on location. The connection between the location, the speaker, and the listener create this delicate triangle where the absence of one would render the piece meaningless. In order for an individual to have a connection to the city, there needed to be a common link for everyone involved. For the speaker and location, it was their memories of the location and vice versa. For the listener, it was the connection with the personal memories of the speaker and the interaction with the surroundings.

The work was good but too commercial. It was in English, the narration was recorded in a studio, and the soundscape was designed. The ‘triangle’ I had realized was the integrity that my own work needed to have. The narration needed to be in Shanghainese and the recording done on location.

So far I have done about 27 walks. Some are in different states of production but I have currently released 14. 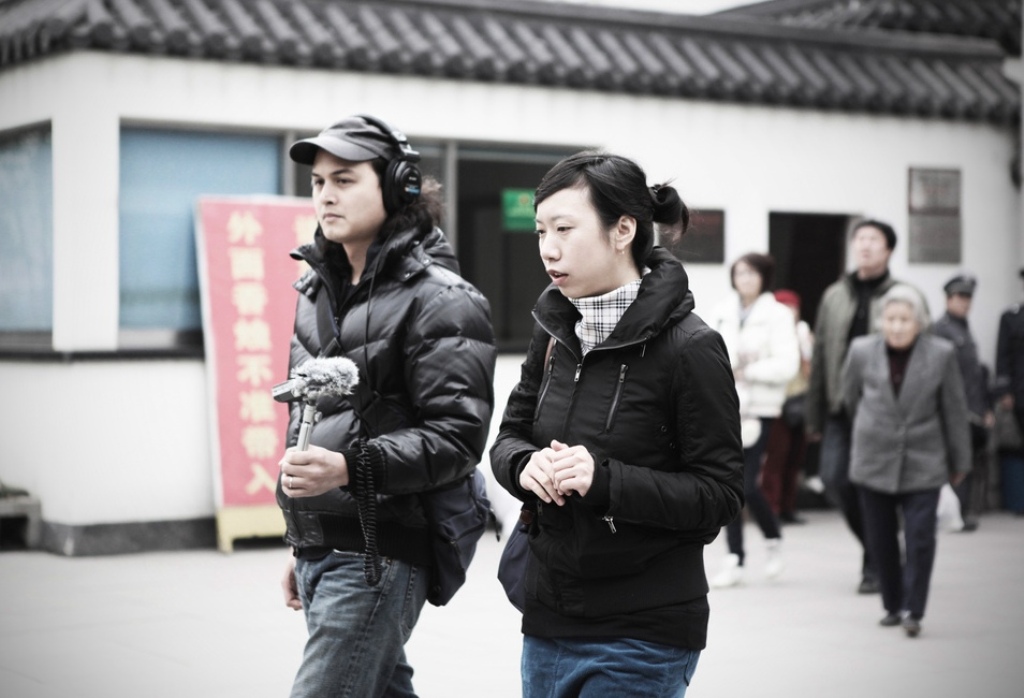 SA: How do you select candidates for your walk and why did you choose to focus on younger Shanghainese?

TL: Participation is voluntary but the candidates should meet two criteria: 1) be born between the years of 1978 and 1985 and, 2) speak Shanghainese. Of course these criteria are somewhat flexible depending on each walker and their story.

I focused on younger Chinese because I wanted to focus on their memories of Shanghai in the 1990s when the city began exploding with new development. When coming up with the title of the project, I thought that the link between the ‘growing up’ of Shanghai and their own development and growth was an interesting aspect that connected the walker with their location. 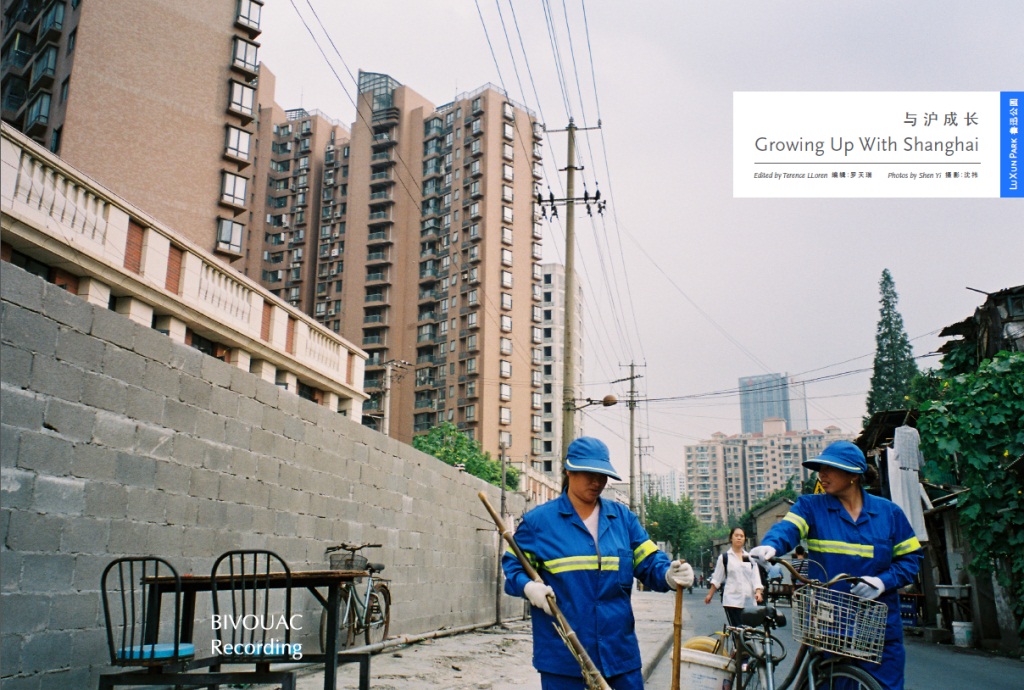 SA: What has been their general response to your collected works?

TL: So far I have heard mostly positive feedback about the project. Many Shanghainese I have spoken with see the value in such a project to strengthen their culture and language. I have found that this project has meant different things to different people which is really how I wanted it to be used.

SA: Take us through one of your walks. As a sound artist, what are you looking for in terms of the subject’s narrative and surrounding audio landscape?

TL: After agreeing to be part of the project, we arrange a time to meet and we do the recording. The recording is purely improvised and the less I know about a location the better. I only suggest them to mainly speak about the locations that are seen during the walk- to let the locations do the talking through them. Since I don’t really understand Shanghainese, I am purely listening to everything as an urban soundscape. The dialog is equal to the noise it is surrounded with. During the walk I may shift positions from side to side to capture an interesting aspect of the location, but basically I’m invisible to the walker. After about 30 minutes, we finish the walk. 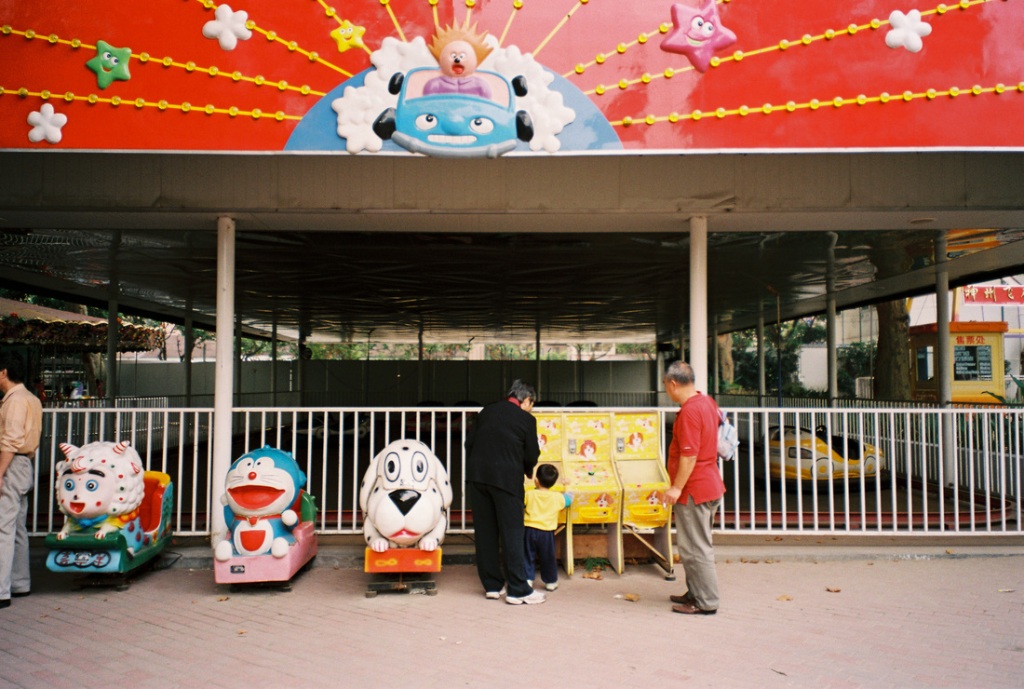 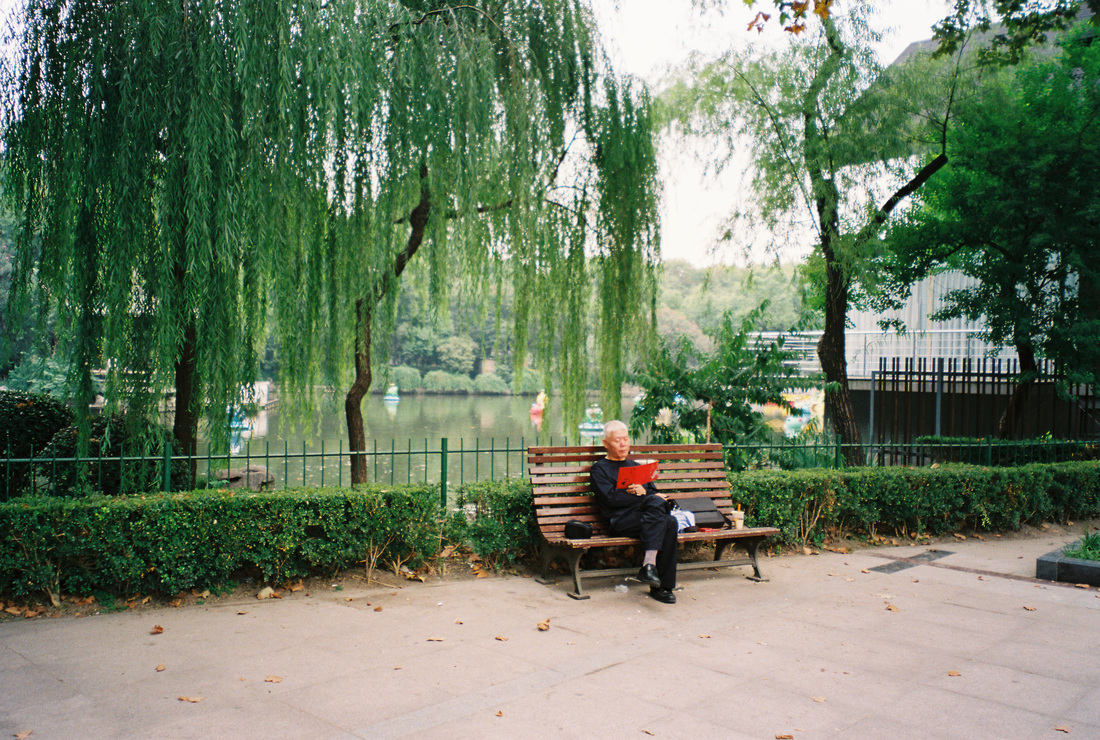 SA: How do you guide them through to capture what you want?

TL:I let them go wherever their memories take them. Sometimes they get lost. Or start humming a song. Or meet family members they haven’t seen for ages. It’s this candidness and serendipity that is important to the recordings. The moment they forget I am there, is the moment that needs to be captured. There’s no way to guide them, I just let it happen.

SA: Let’s move on to your other projects “Sounds of Shanghai” which encompasses field recordings around Shanghai, including bridges, street markets and even Chong Ming Island. Who is your audience here?

TL: All my recordings are meant to be audio documents of Shanghai. Each recording is accompanied by data, photographs, and descriptions so that anyone can go to that exact location and experience it for themselves. I would like to assume that these would be meaningful to the future generations of Shanghai wanting to see more of their city. 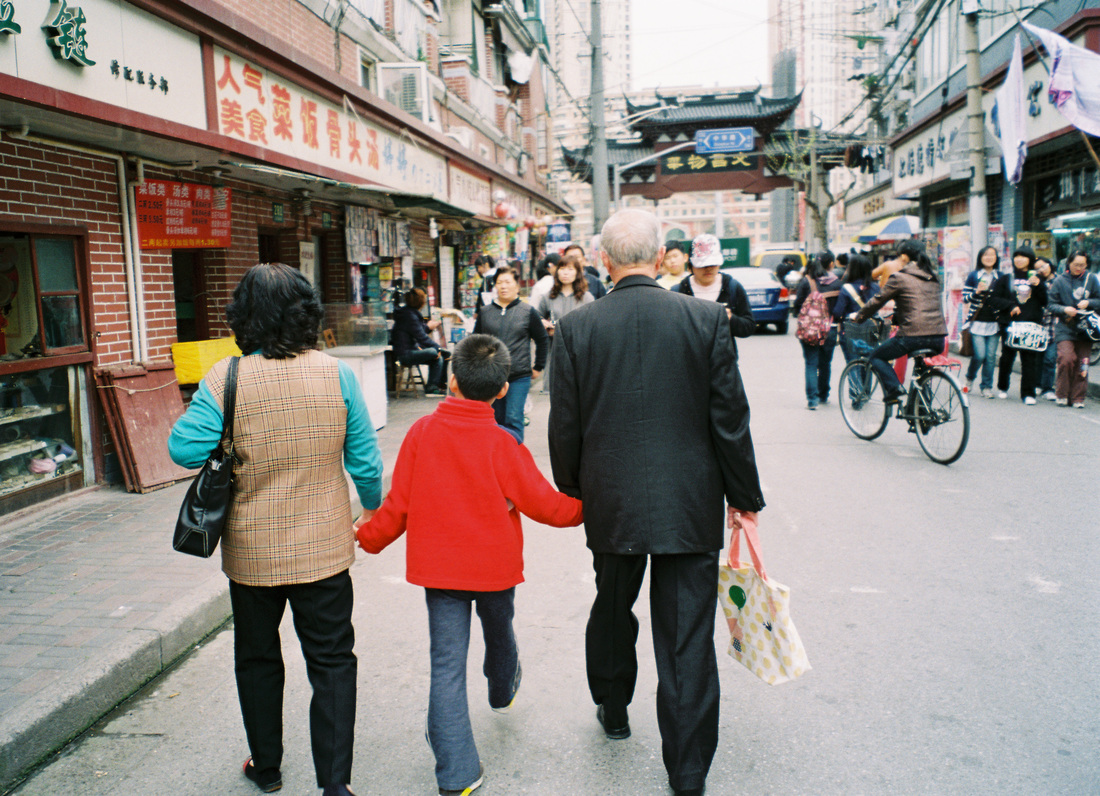 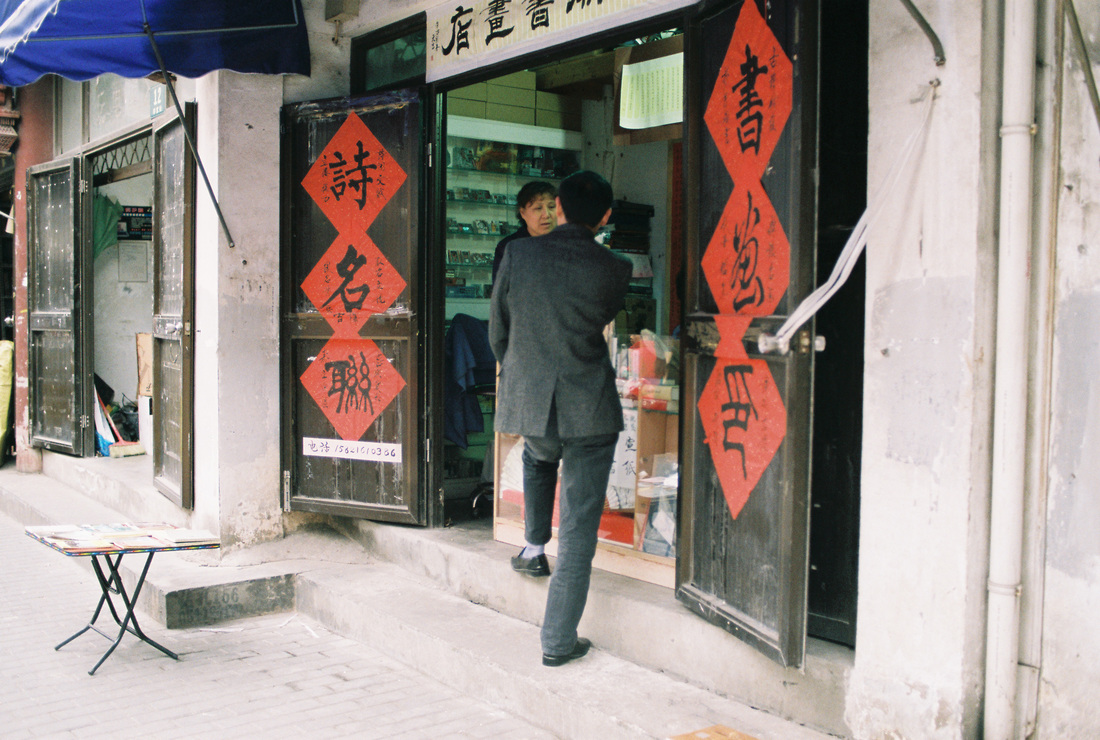 SA: I imagine for many of us living in Shanghai, we may feel overwhelmed by the city’s soundtrack as it is, what is it you’re hoping to convey?

TL: Ever since I started ‘seeing with my ears’, the world and my way of experiencing it has never been the same. This newfound acuteness to sound made me rethink my own physical boundaries in my location and as a result made me feel closer to my surroundings. I want to develop this awareness in everyone so that they can see their city with new eyes.

Though my work mainly focuses on the location it is recorded, namely Shanghai, these same concepts and recordings can be done in any location, anywhere in the world- which is the reason why I do them. It’s not about that these sounds can be found anywhere in the world, it’s about whether you seek to prove this wrong; to encourage one to listen and make recordings that characterize a location so distinctly, that it can unquestionably be nowhere else in the world.

SA: Share a little about how you go about your work. How do you pick a place that has the combination of what you feel make a good field recording?

TL: Before I go record, I first develop a theme or concept for each project. I try to record about 30 minutes worth at each location just to keep it easy to digest. This gives me a direction and a limitation for my recordings.

When I arrive at a location I have to listen for a while to understand the characteristic soundscape of the area. In urban environments, I make several recordings that are still within earshot of each other so that there is a relationship between the recordings. For more quiet soundscapes in nature, I have to listen a bit longer to figure out the relationship and my area is usually several times larger. 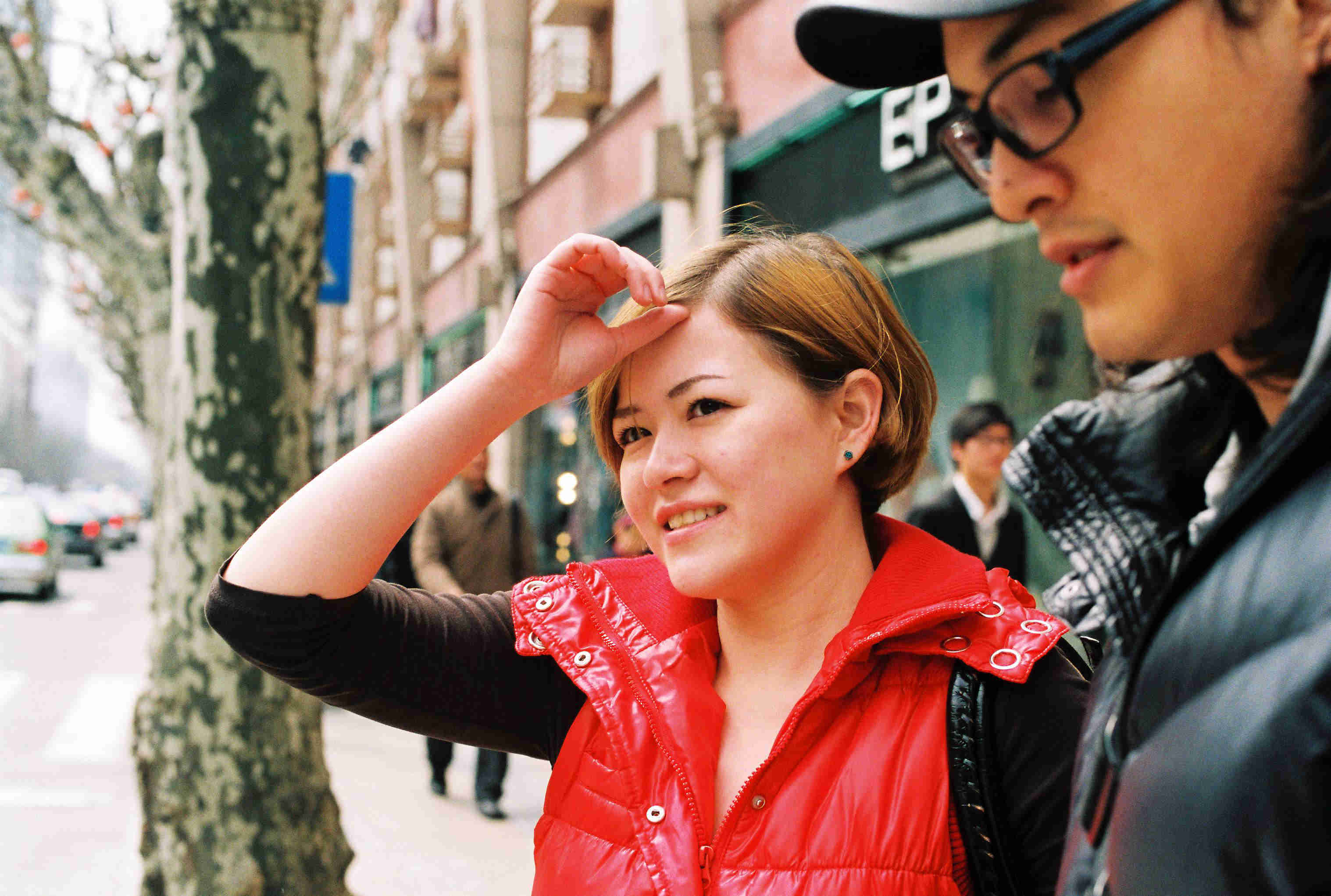 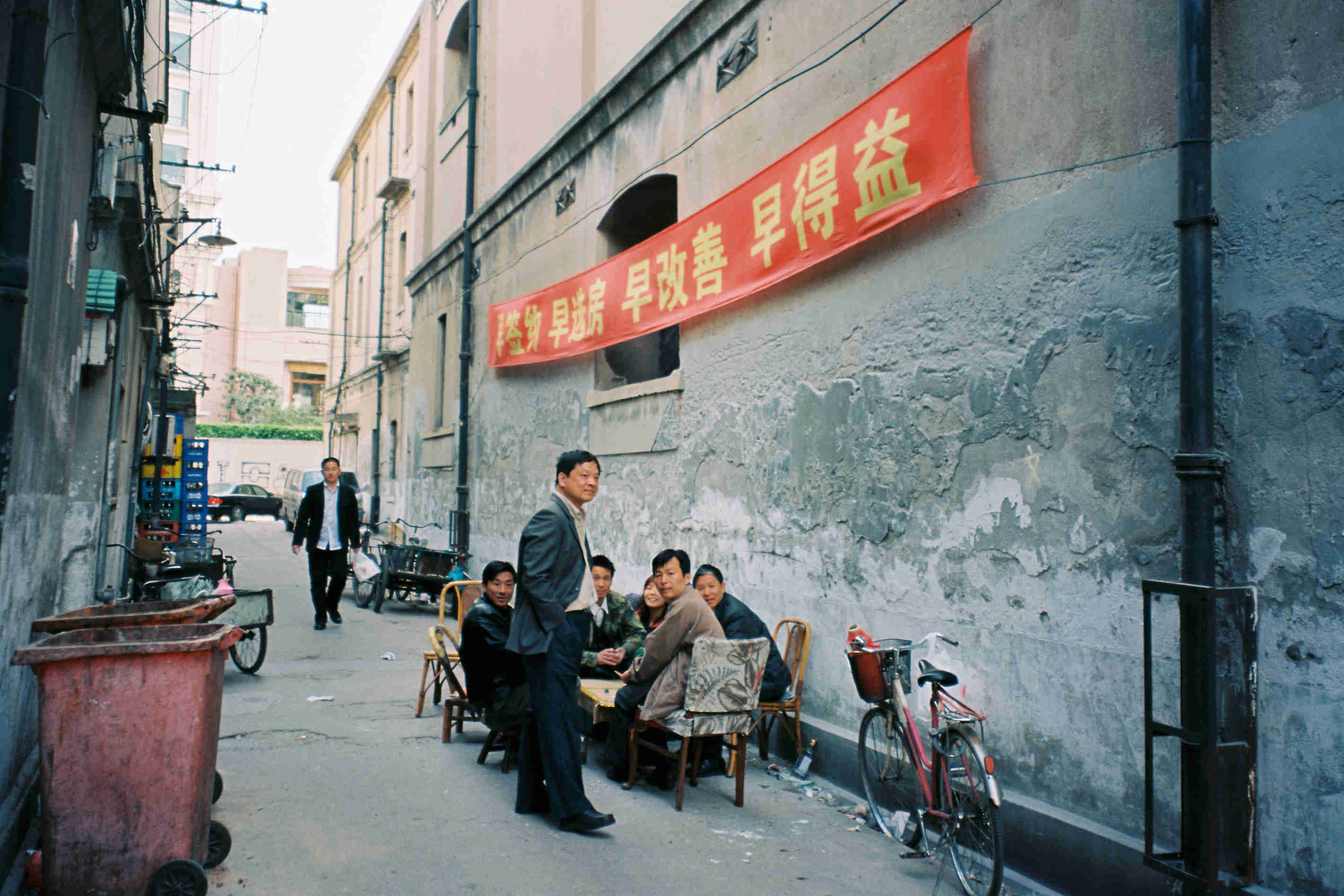 One recording of mine on the Lujiazui promenade is the most obvious example I have recorded of this. The recording begins with a typical soundscape of water and boats that could easily be any part of the promenade at any time of day. In the middle of the recording, the clock tower on the Bund across the river chimes telling us the hour we are in. Our imagination is suddenly narrowed to a daytime setting, an approximate location, and we begin filling the rest of the soundscape with the clues that are given to us.

SA: Finally, imagine some of your recordings were buried in a time capsule to be unearthed decades from now. What kind of legacy or message do you hope to deliver with “Growing up with Shanghai” and “Sounds of Shanghai”?

TL: One second in the past is still considered history. I have many hopes for my projects, since they mean so much to me. All my projects, regardless of where and when they were recorded, have the explicit goal to encourage people to listen to their surroundings; to utilize their other senses to develop a closer relationship with their current place. I believe, if even one person has so much as attempted to understand this, then I have no doubt that my recordings will never be without meaning.

Visit the Conversation Series to learn more about the work of artists and photographers on Shanghai.

A parking lot in four frames

I recently had an appointment at a hospital located along Fengyang Lu (风阳路) off the Northsouth Elevated Highway Road (南北高架路). One look at the numerous moaning patients spilling out…