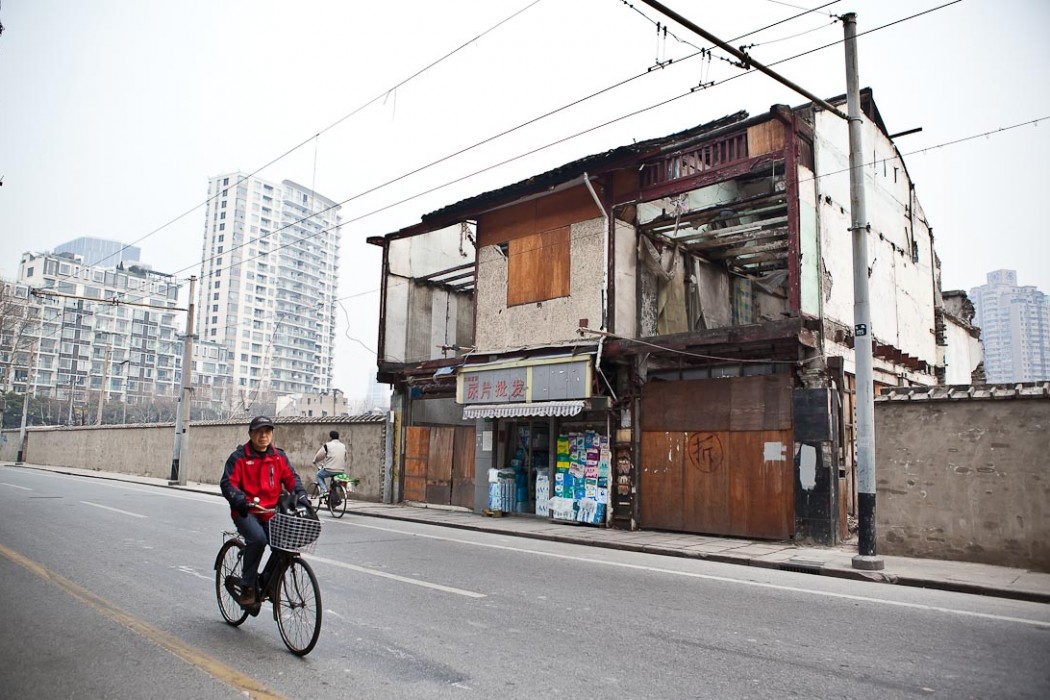 The middle aged man pointed at a small and dusty shop, its wares piled up high on both sides of the entrance while customers moved briskly in and out. A faded red sign hung above.

Last November, I was strolling along a crowded Shunchang Lu (顺昌路) with a local resident who was taking me through the lilong neighborhood of Xinping Lane (星平里) that was in the midst of demolition. Families were packing up and moving out; scrapers were digging through debris for valuable items; and local demolition teams were surveying recently vacated homes.

The man told me that he had completed negotiations with the local district and outsourced company and picked out his apartment in Pudong which would be completed in another year or so. In the meantime, he was renting an old shikumen house a few blocks away.

By late January, the whole area bound by Shunchang Lu, Fuxing Lu (复兴路)  and Hefei Lu (合肥路) had been flattened, now a giant dustbowl for remaining scraps of wood and brick to be hauled off for sale. A hastily built concrete wall ran the perimeter of the area in anticipation of its next lease on life: luxury apartment, office building, a high-end mall or a rumored international school.

Except for a single thatched structure, a shop flanked by tightly boarded up rooms. The lone ranger that has yet to complete the negotiations on the final worth of his property.

Now, it is a visible nail house (钉子户) on a busy street, holding out against the next phase in modern real estate development. Like a nail stuck in wood that cannot be removed or pounded into submission with a hammer.

“This old man lives with his family in the back of the shop. While most of us have settled our compensation with the local district, he has been fighting them all the way. I’ve seen him in action, he is incredibly fierce. He is very knowledgable about his rights under the property law and dongqian (动迁) regulations, and has used it to argue vehemently with the local district. The officials cannot dissuade him.”

“He wants a lot more than what is being offered because he feels they should compensate him more for the loss of his business, not just his home.”

The resident wrinkled his nose. “Nobody really listens to him rant anymore, he’s quite alienated. But his wholesale diapers business continues to do well.”

He stared quietly at the store, then murmured, “I suppose this explains why he won’t budge.” 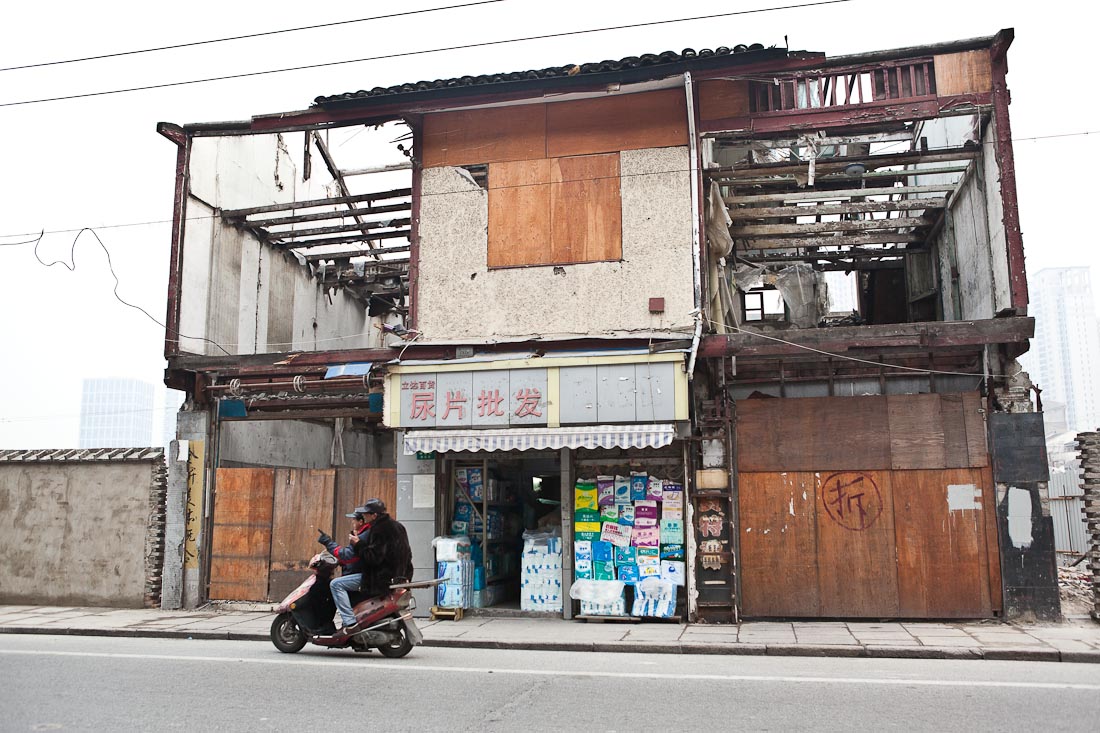 Am thoroughly enjoying piecing these great links over the last week. I hope readers will also share their favorites in comments. Enjoy! – An interview with Mumbai-based street…