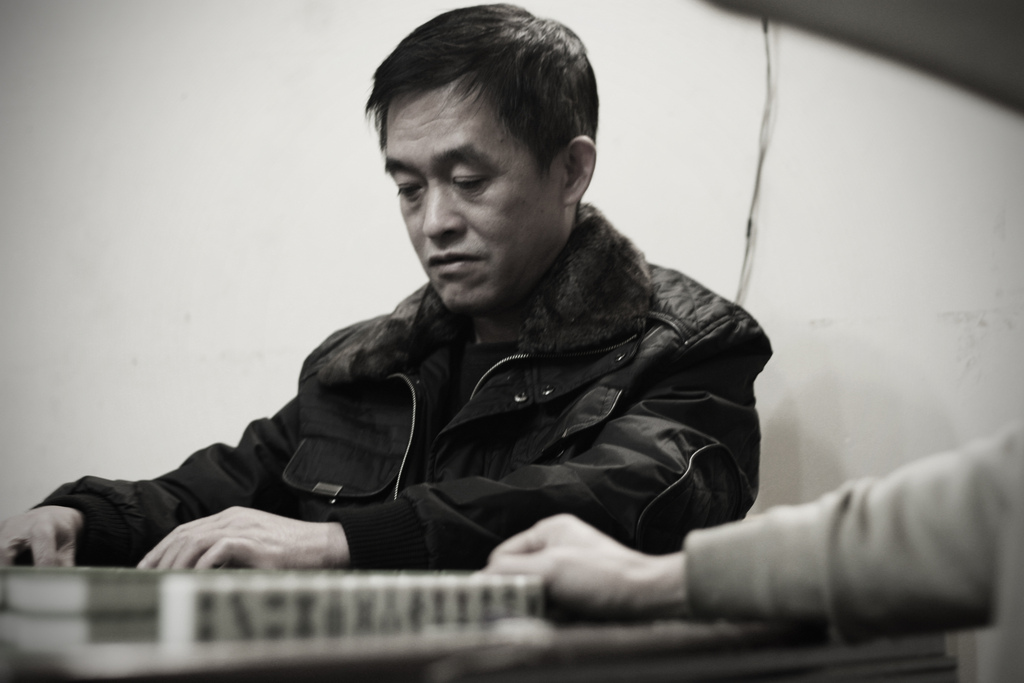 He had a smirk on his face that came as quick as it disappeared. A winning hand perhaps?

It was hard to tell with the room thick with cigarette smoke and the clattering sounds of mahjong tiles on wood.

I had ducked into the hallway of a 3-storey house. Standing next to a large wooden red door, I heard low murmurings that gave way to loud yelps of triumph. It was a victory so spectacular that people were yelling back and forth with loud thumps of the table signaling another go at Lady Luck.

I knocked hesitantly, wondering if I was walking into some gang-related activity. A middle-aged man opened the door with a cigarette in his mouth and frowned at me. Behind him, the frenzy behind muffled doors revealed China’s all-time favorite indoor activity: mahjong.

A game of mahjong, poker or anything that involves the thrill of hedging money will draw neighbors and friends round a table like that of a free buffet. A winning hand would inevitable draw chuckles, hoots and backslaps.

But it seemed that the mahjong table had entered the 21st century. The whole contraption was mechanized such that with a touch of a button, the middle section would open up and you could dump your tiles in to be automatically shuffled. Another button would elevate your arranged tiles into 4 lines in front of each player. The entire contraption started at a modest RMB 1,500, ready to light up and boogie at your pleasure.