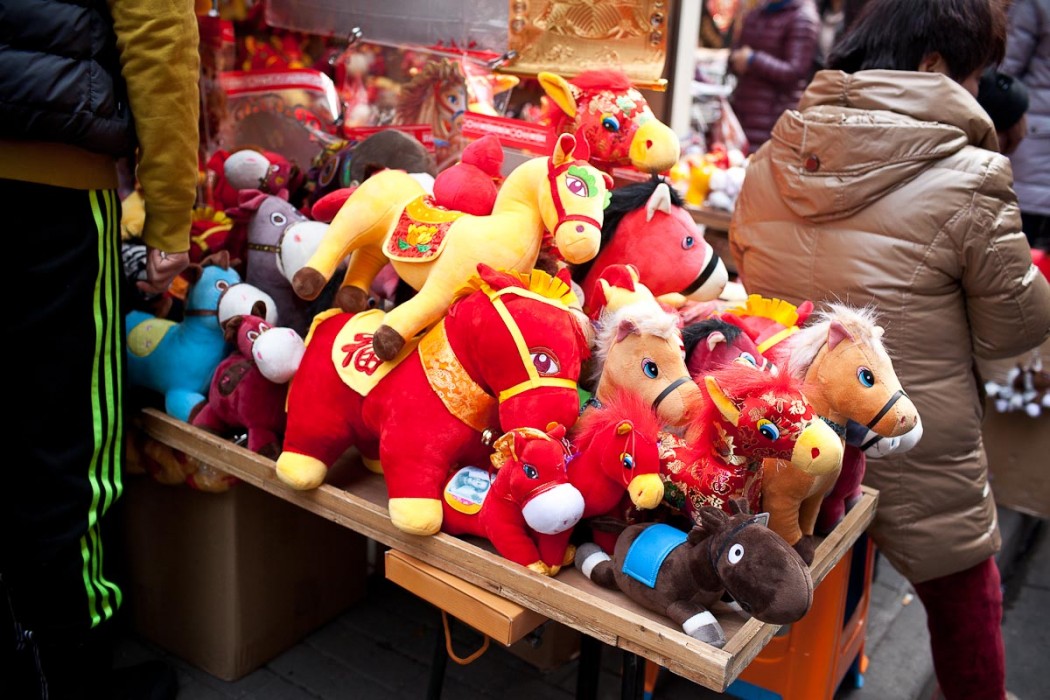 Since I moved to Shanghai years ago, I have made it a point to visit the shops around Yu Gardens or Yuyuan (豫园) right before Chinese New Year to buy new year decorations and soak up the festive cheer. This is somewhat out of character as I typically abhore tourist crowds, bargaining and generally being trampled upon.

But it’s hard not to be caught up in all the bold colors, relentless noise and overall playful atmostphere that assaults one’s sense when you enter the vicinity. Jostling down the stretch of Fuyou Lu (福佑路) and their respective tiny lanes, one moved as if in a shoal of fish rolling with currents in the deep blue sea. One minute, you’re propelled forward on an overcrowded sidewalk, next, you’re pulled back by oncoming traffic. To deal with this, as I have said to readers every year, shoulders back, head down and let flow with the orchestra of chaos. 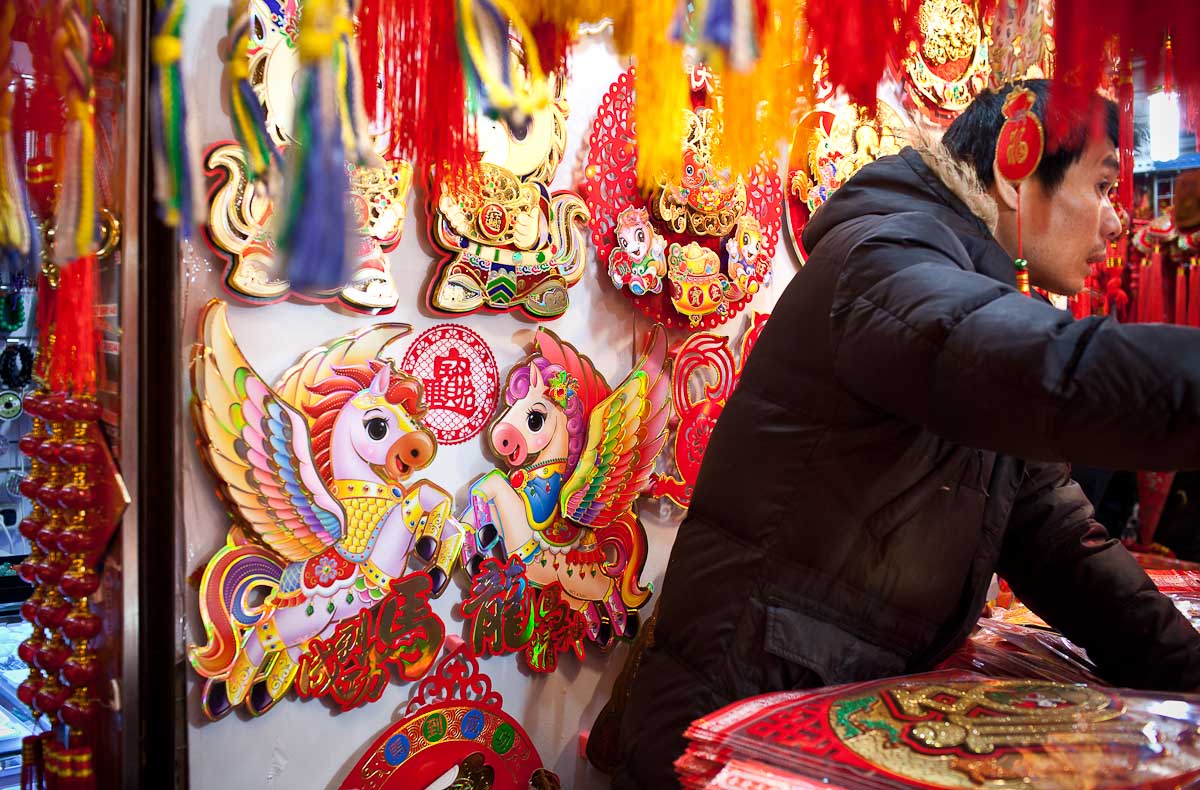 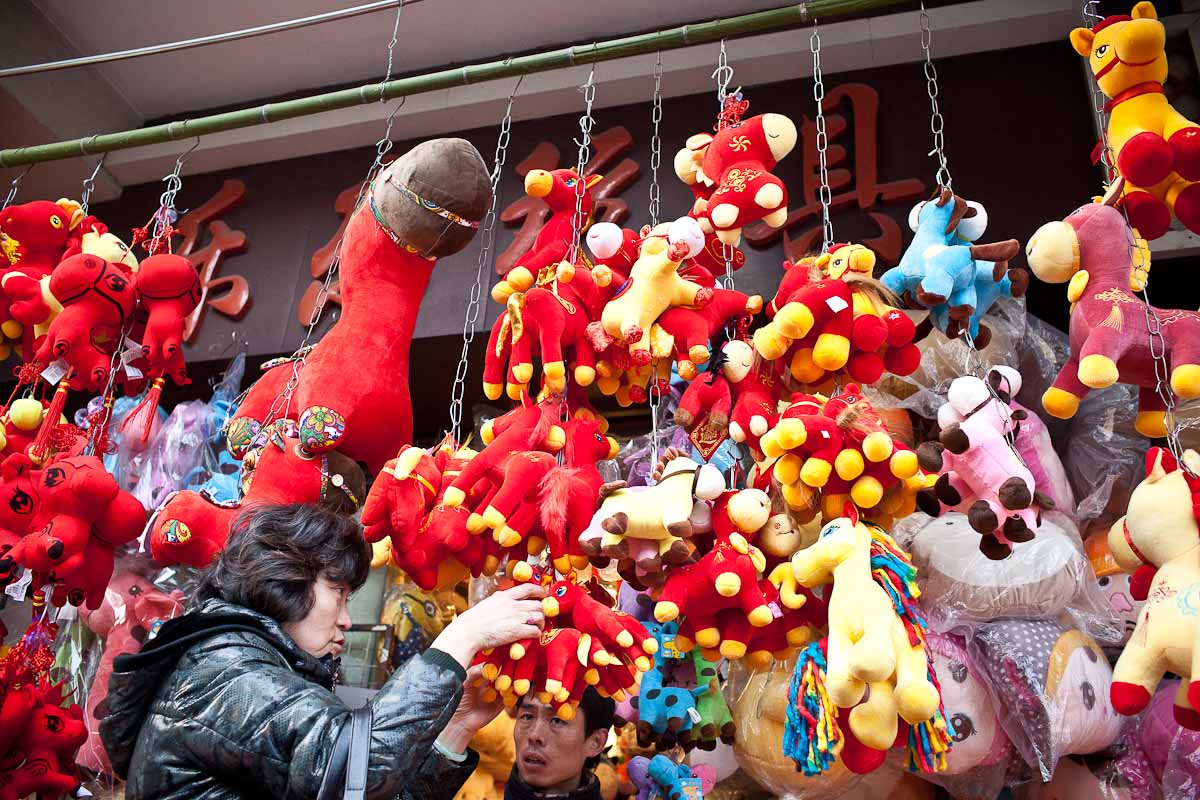 The Chinese New Year is less than a week away and crowds are thick and urgent. Shop keepers, mostly from out of Shanghai, are keen to clear stock so they can head back to their hometowns in time for reunion dinner on the 29 January. What happens to all the New Year paraphernalia when the season is over? “Back to weddings.” A shopkeeper replied me hurriedly, perrying questions while bargaining with his audience all at the same time. Ah, the perennial moneymaker of festivities. 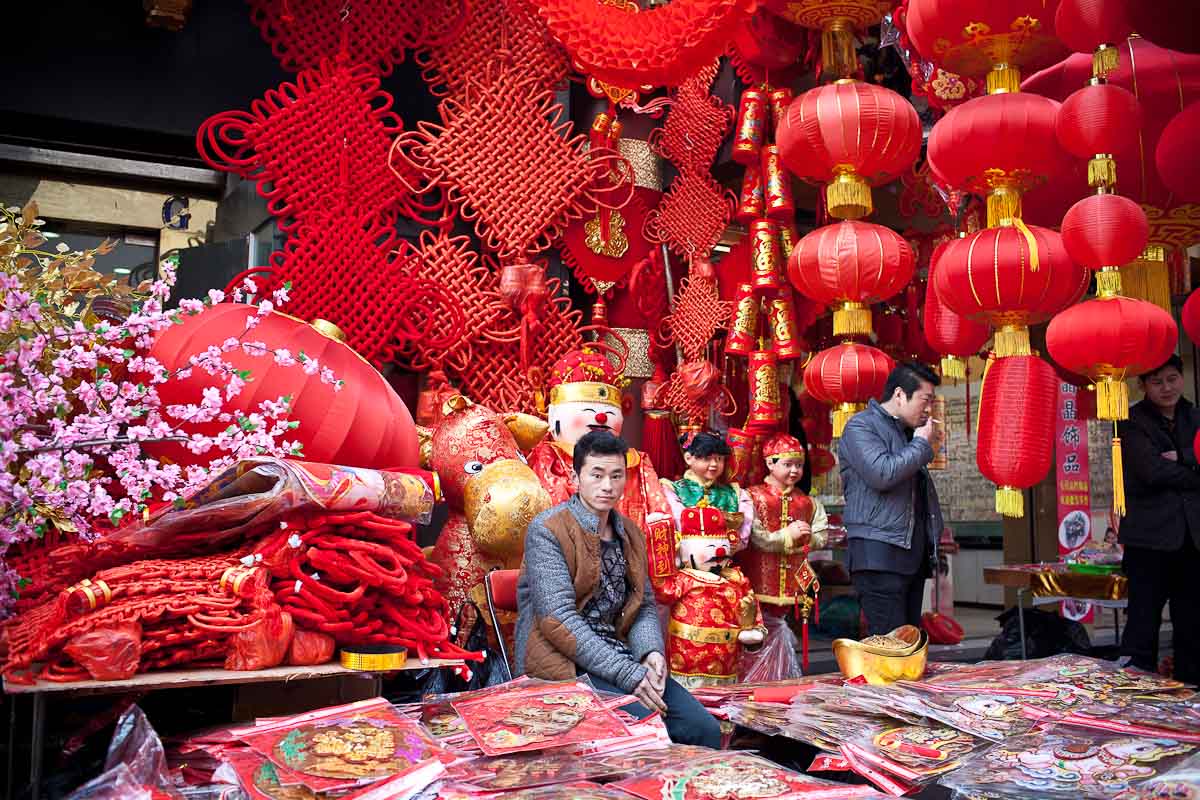 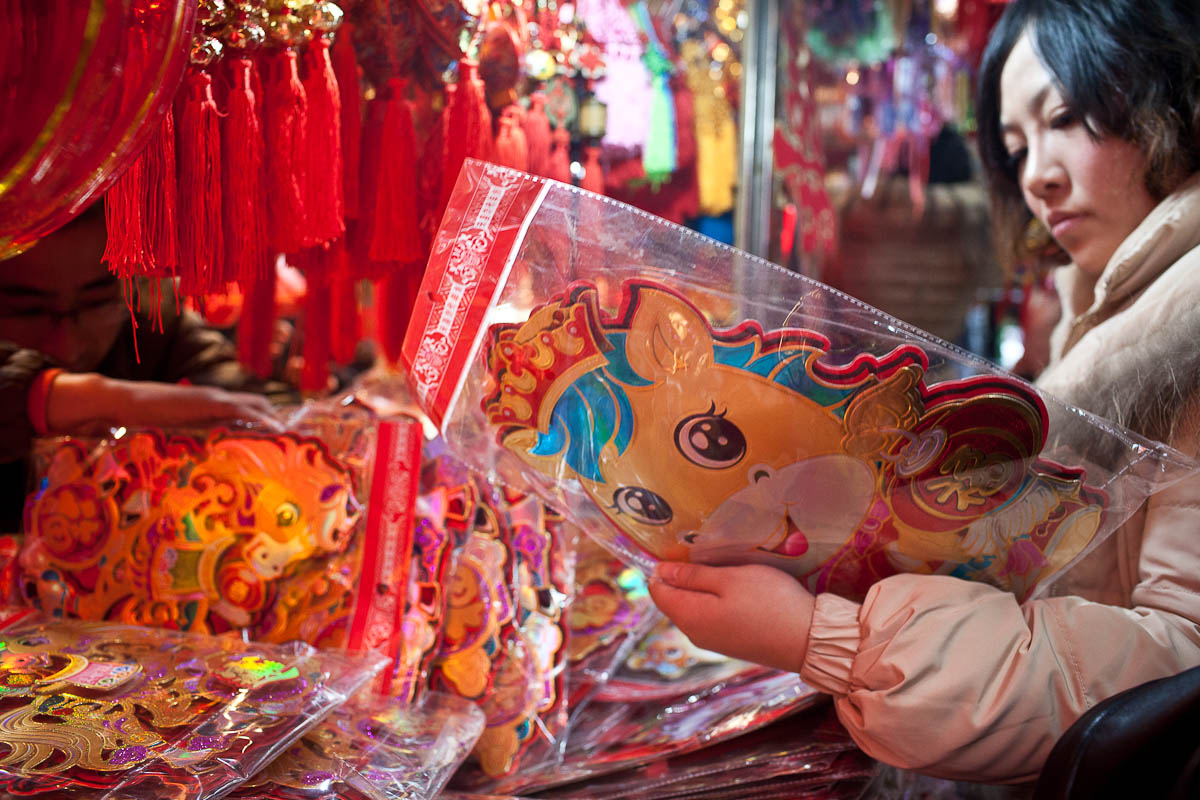 Meanwhile, harried customers, both new and old residents of Shanghai, are contemplating the best way to dress up their homes to usher in friends, family, wealth and health … and wealth. That is, if they are stayiing in town for the week long holiday. “Absolutely not,” a Shanghai colleague said to me. With the hordes of crowds in and out of the country, she often felt trapped and bored at home. Others are excited about their upcoming vacation to Paris, California, Korea or Japan. “There’s little point in staying in Shanghai nowadays, we’ve only so many relatives to visit,” another Chinese friend told me.

This year in the shops, the kaleidoscopic explosion of colors present themselves in every style a horse can be portrayed. A paper cutting of a regal mare with flying mane in mid-gallop, plastic shiny hues of an overly cute My Little Pony poster, a poised Roman-styled stallion in the centre of a rotating paper medallion or a roundish caricature that looked more bear than horse. Stuffed toys were piled high in bins and hung low overhead like sausages. They came in different patterns, texture and patchworks but almost all had that frozen smile that could secretly come alive at midnight. After the dragon, the horse is the only animal among the 12 Chinese zodiac animals that can capture the accumulated aura of nobility, elegance and power. Hence its wide appeal with businessmen and children alike. 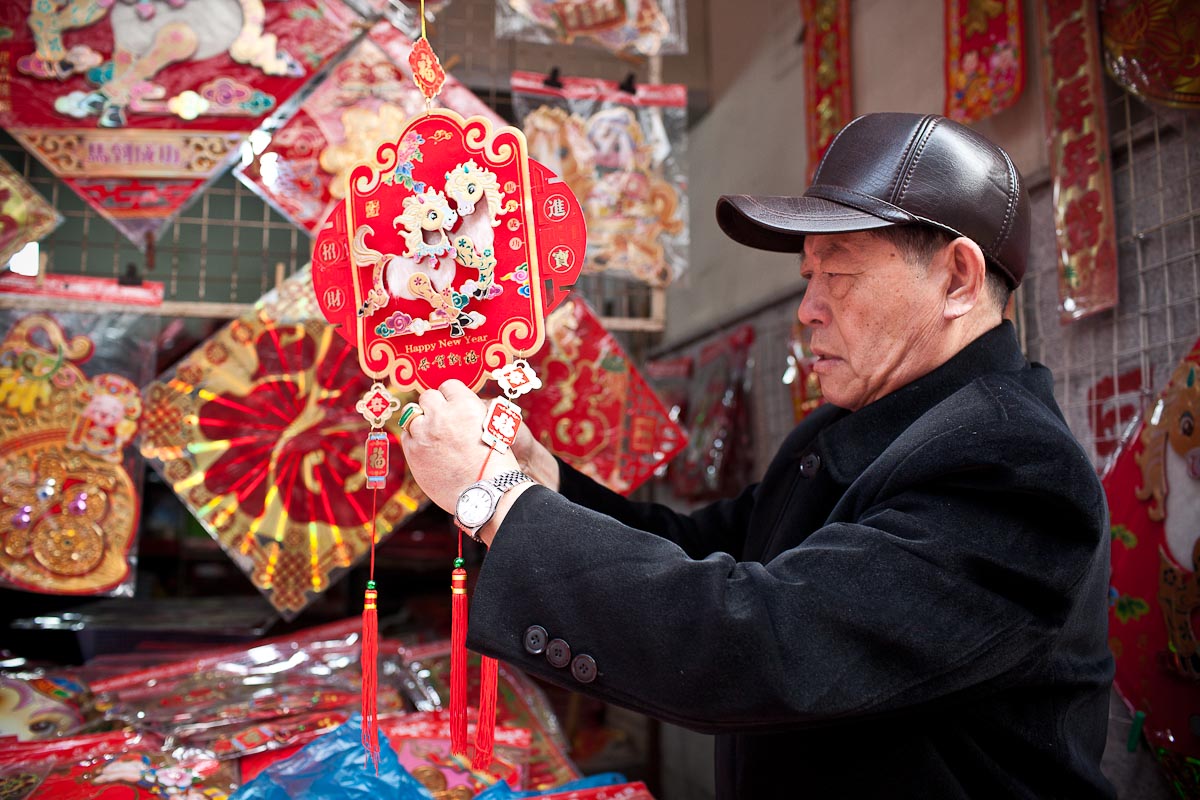 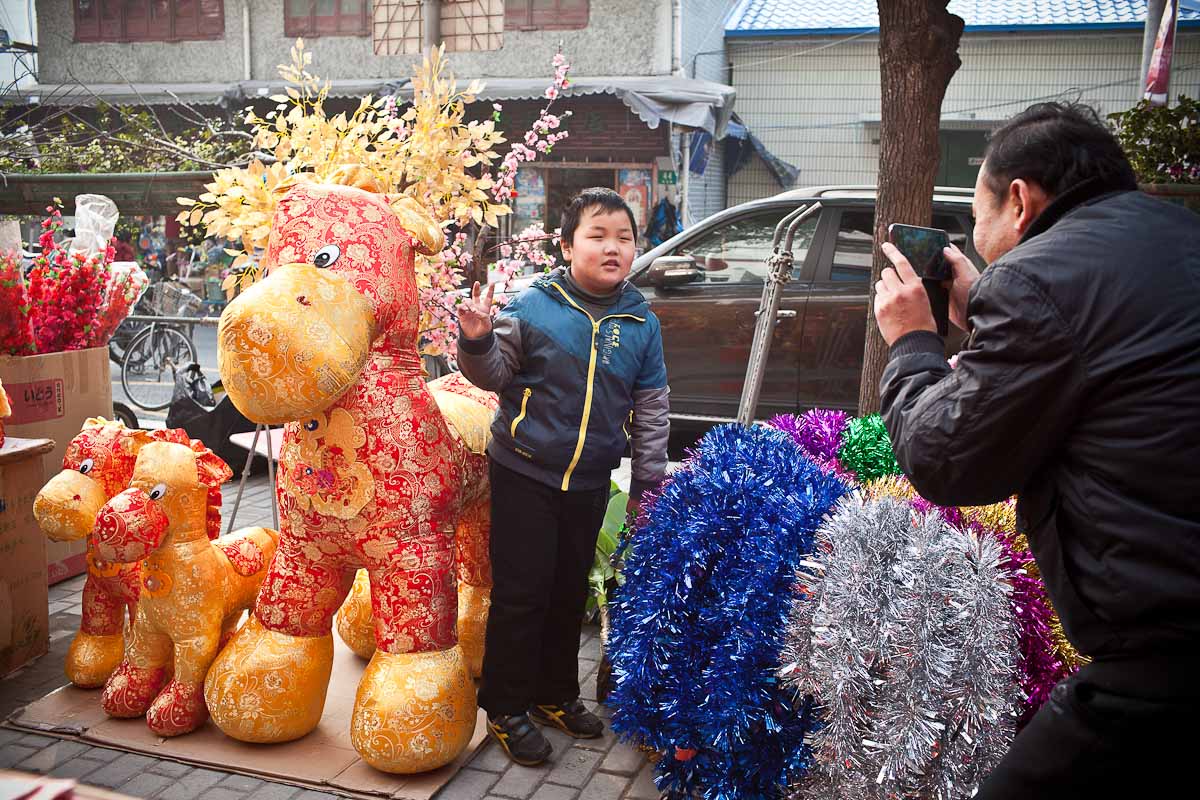 Each year, encourage readers to pop over to the festive mosh-pit. So go on, partake in the equine tackiness and splendor by Yuyuan. The horse won’t be back for another 12 more years! 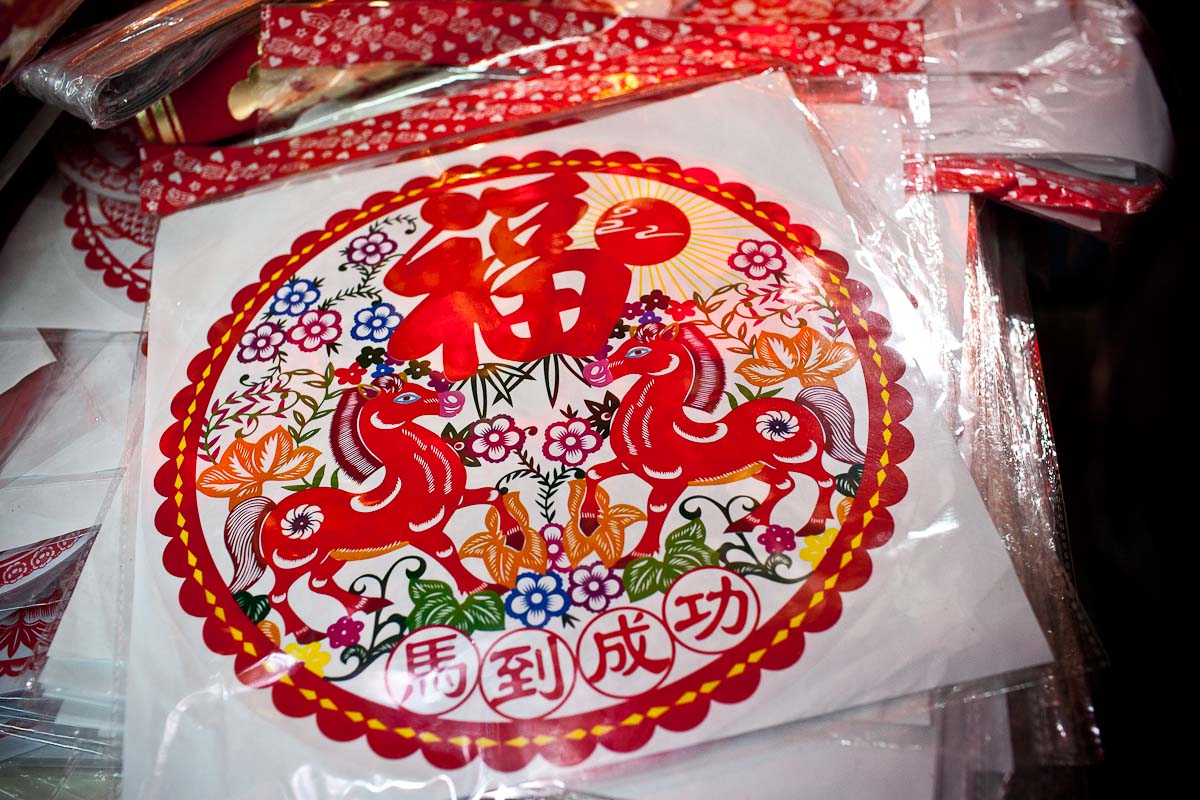 Morning run on the Bund

You spot them in the distance, like a millipede on speed. Bobbing up and down, not necessarily all in-sync, this group of young police cadets with freshly shaven…