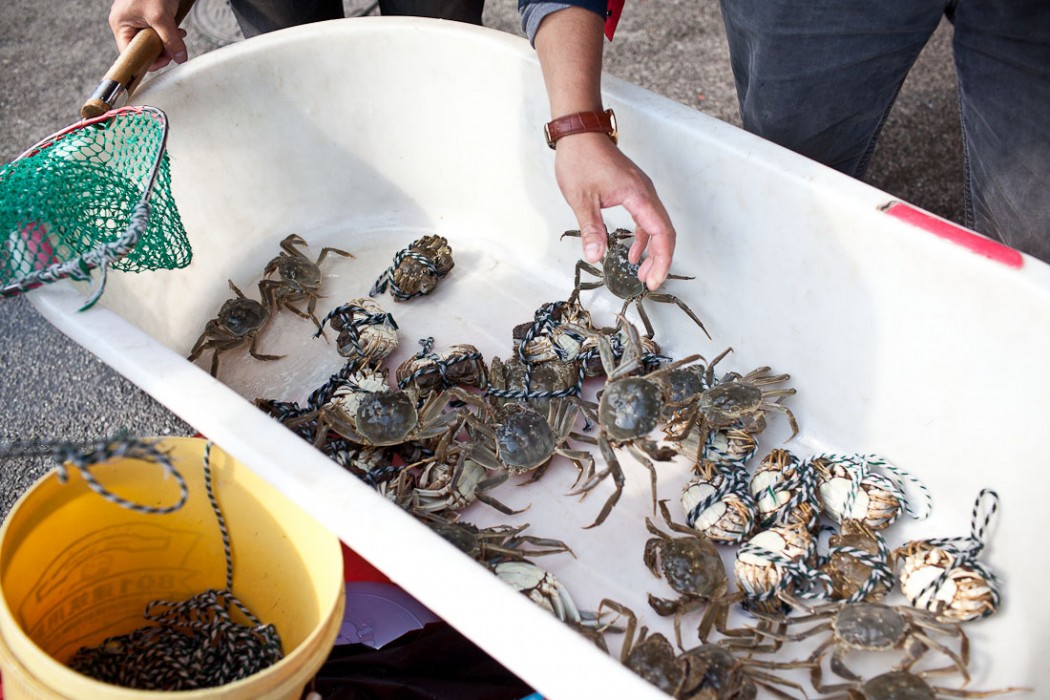 A few months ago, I joined a few friends for lunch at Tongchuan Lu Seafood market (海鲜美食街) located on Tongchuan Lu (铜川路) near Lanxi Lu (兰溪路) in Putuo district. The idea was to pick out our choice of lunch, live and flopping, from the freshwater tanks and have them cooked at a nearby restaurant. 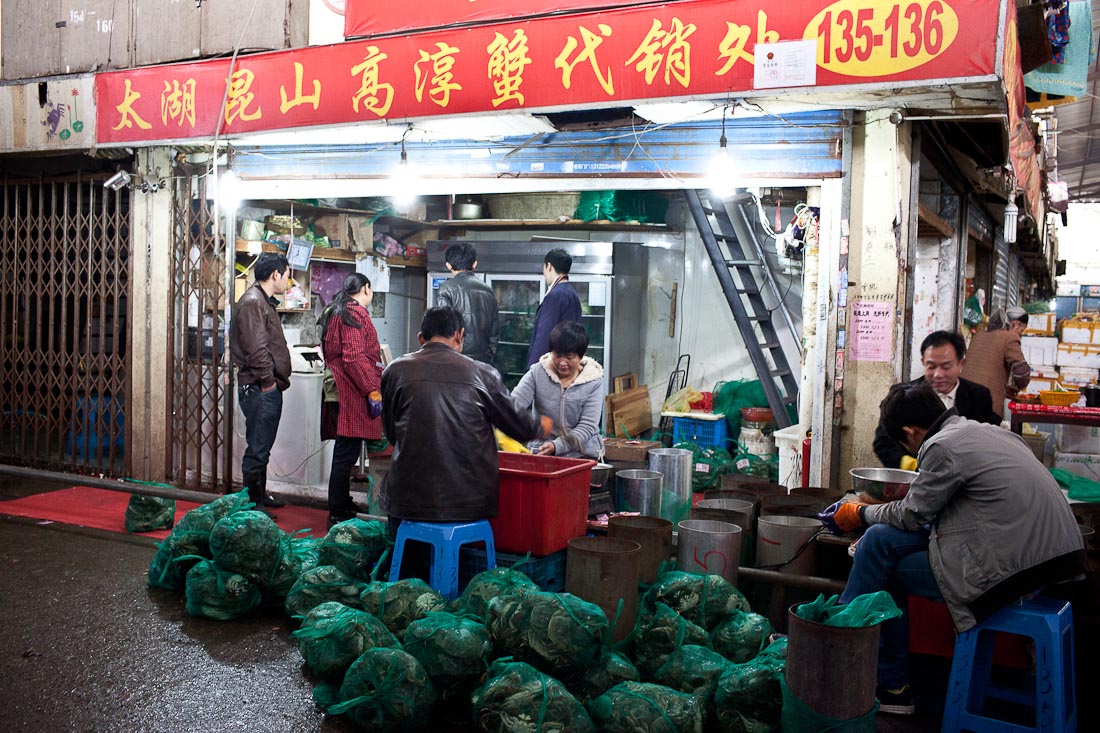 While the concept is nothing less than normal for any Chinese person, coming closer to the animals in their live state that would eventually slide into my belly remained somewhat disconcerting. Add to the general hawker/vendor atmosphere of spitting, sloshing liquids and hazy cigarette smoke, it was going to be an interesting, if not rowdy, afternoon.

The crowds were thin as we were well past the morning rush to stock up restaurants across Shanghai. As we were still in high crab season, we ventured from one variety of crustacean to another. My mates, being culinary educated gentlemen, pondered over bags of sweating hairy crabs while I settled in a corner, and into a less than convival conversation with a suspicious vendor.

“Not many local Shanghainese in this business anymore, are you the only one?” I softly interrupted after overhearing her conversing with her son in Shanghainese dialect.

She sniffed while mending her nets used to package crabs. “Yes, the rest of them from the other provinces. We’re one of the few local families in this business.”

Casting a look up and down my civilian and splatter-free clothing, she whined with an owly look on her face, “Why didn’t you buy crabs from me?”. Juerking her chin towards the rival vendors deep in discussion with my friends, she pressed, “So how much are they offering you?” 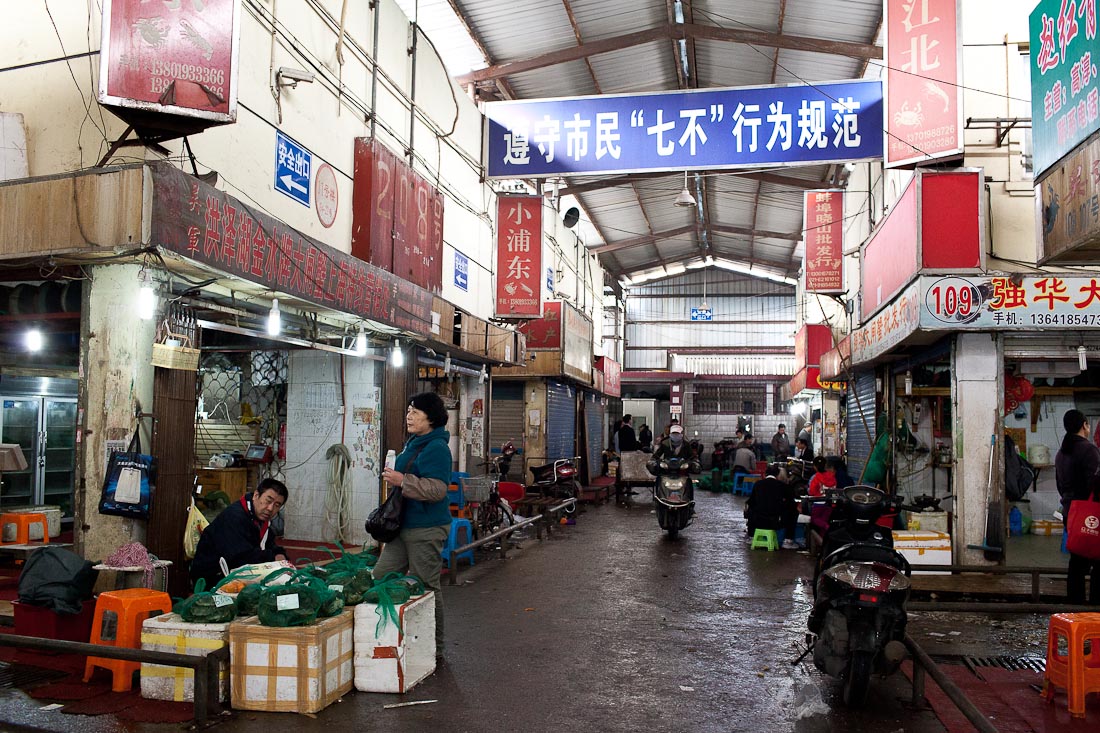 Nearby, a group of rubber booted men were playing a noisy game of cards. Behind them, bags of crabs twitched against the string that was used to bundle them for easy cooking. They spewed frothy bubbles in indignation, (or was it resignation?) at their fates. Death was postponed for another few hours before they were to be selected, transported, steamed and served for dinner.

For our remaining victims, I mean dishes, we had a healthy pick of octopi, shrimp, crayfish, clams, bullfrogs, sea urchins. The foodie and frequent home chef in our group was left to select a good fish, of which the variety was bountiful, to round out lunch. He haggled and procured a handsome looking grouper that would later be steeped and steamed in savoury sauces, topped with sliced ginger and spring onions.  Yellow wine comfortably washed down the tasty, albeit slightly over-salted, morsels. 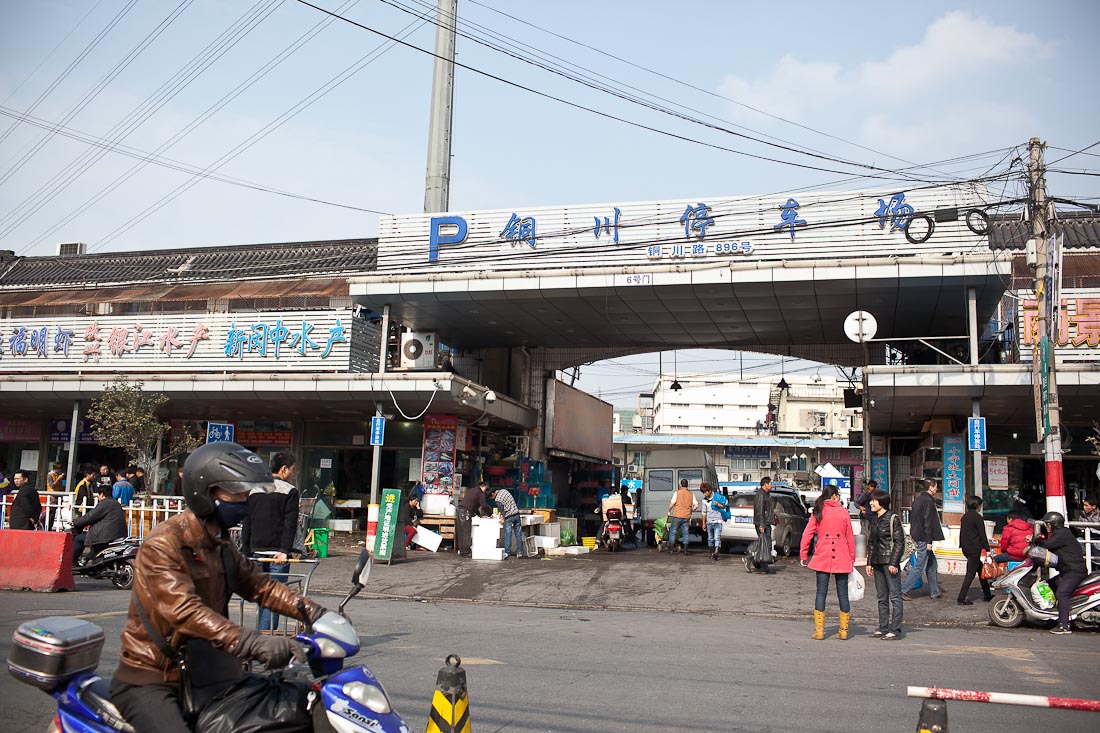 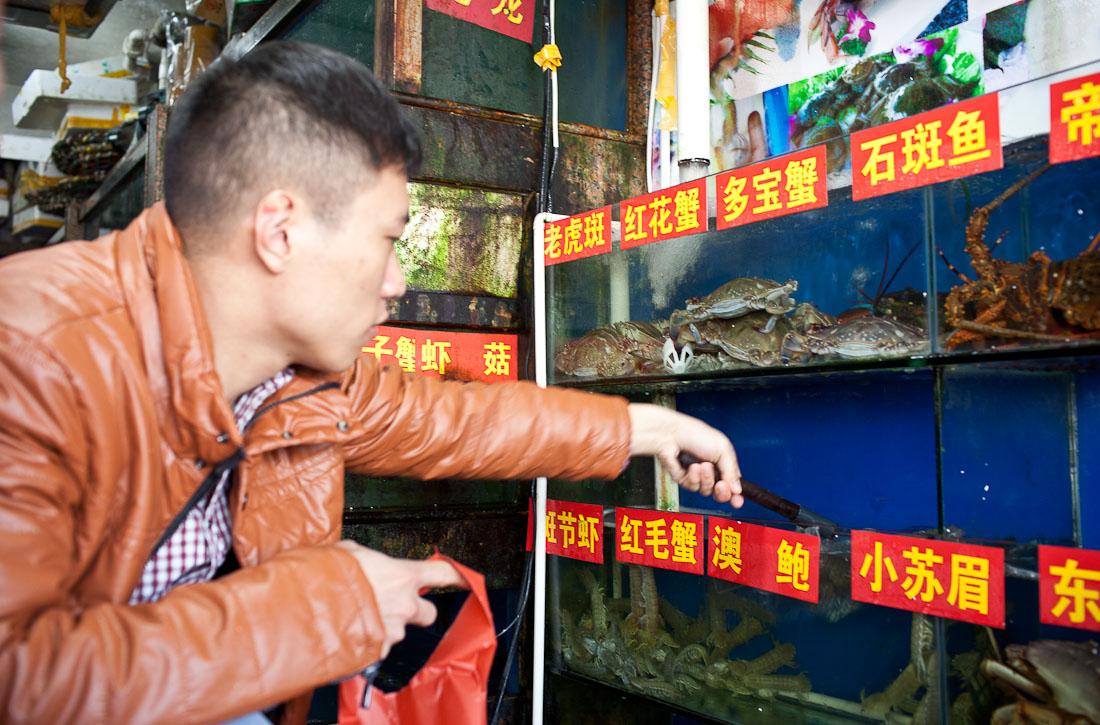 For a detailed guide to shopping for the freshest and tastiest, you may want to pop over here.