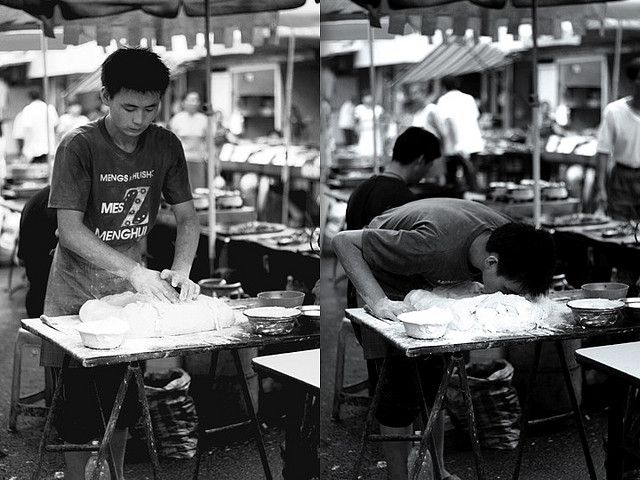 I bought a shaobing from this young man, piping hot from the cylinder drum which he baked them in. You could see the wafts of aromatic smoke trailing through the alley. As I nibbled on my oily flat bread, I slouched in a corner to watch him.

At one point, he bent into his dough and gave a couple of gentle blows. Perhaps to tickle the yeast that would later work its magic when the bread baked in the cylinder drum.

A quick jerk of his shoulder swept away perspiration beading at his forehead and he moved to pull knobs of dough to flatten into circular discs and attach them inside the heating cylinder drum. Within minutes, he was done assembling the tea-time batch.

Business was swift. It would be a matter of another hour or so before he’d have another go at it.