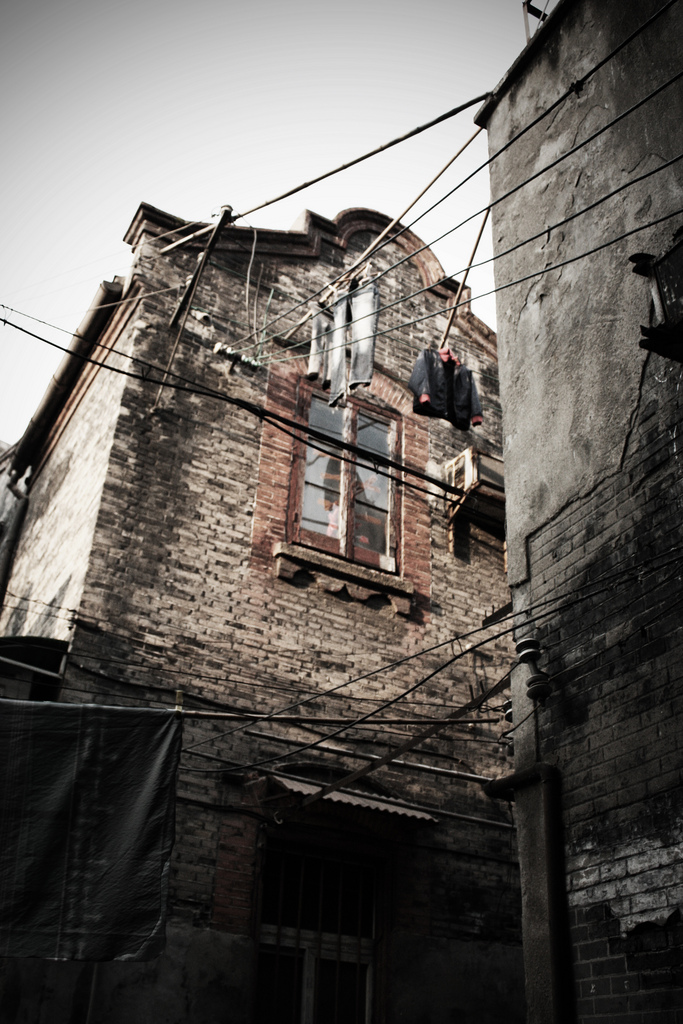 I found him standing by the pavement, staring into the distance. He was wrapped in a large plastic sheet with a giant plastic clip cinched near his neck. His hair…