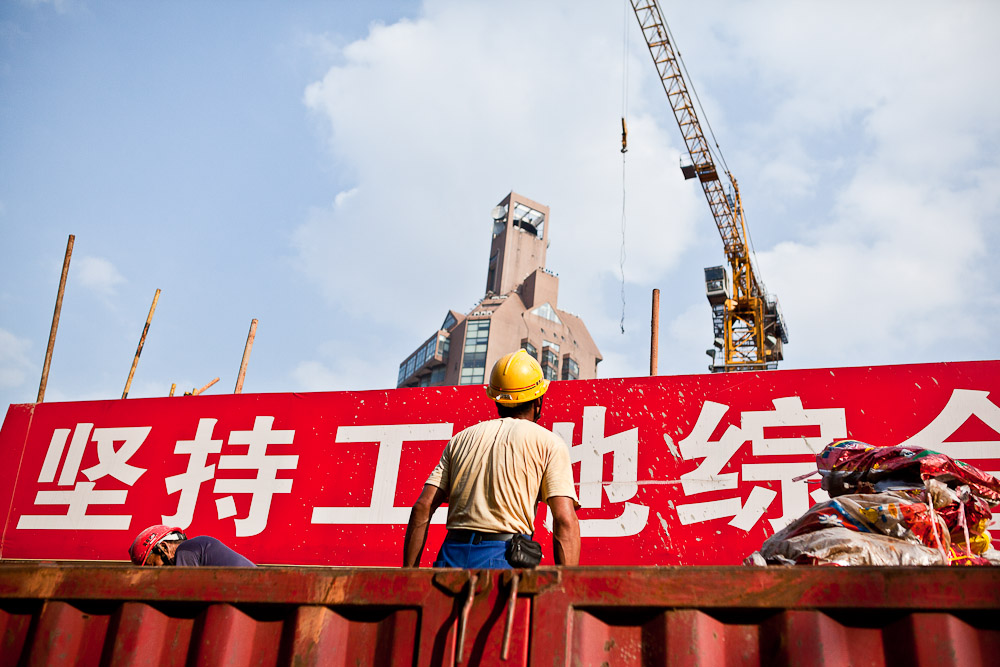 His world was a three-block radius.

Each day before the sun rose, he would wake from his dormitory bed which creaked from rusty springs. The mattress was thin with cheap cotton, rarely brought out to sun. No matter, the bed bugs were kept at bay with a rattan mat on top that cooled against the skin.

Tall heavy wooden doors opened into a large room which accommodated up to 10 metal bunk beds. Shirts were strewn on clothing lines and plastic bags containing personal belongings were tucked in crevices. The walls were littered with posters of landscapes and the occasional pretty lady. They looked out of place against the elegant crown trimming and molding running alongside the corners of the room.

Somebody had flung open all the bay windows. A light breeze sliced through the heavy air thick with the smell of sweat and grime. Morning dew that had collected on the dirty panes trickled down the outer wall, forming a familiar brownish stain on an ornate neo-classical column.

He was part of a group of workers who lived in the salon room of a 1920s European-styled building, common around the north Bund  – Beijing Dong Lu (北京东路), Sichuan Zhong Lu (四川中路), Tianjin Lu (天津路) or Huqiu Lu (虎丘路). When not occupied by Chinese banks or local work units, the beautiful but poorly maintained buildings were sometimes let out to construction workers working in nearby sites. The eclectic mix of architecture – French classic, Art Deco with Chinese motifs weaving through, Neo-classical – was largely irrelevant to the workers’ everyday life.

Before breakfast, the workers washed in the common toilets where the smell of urea was piercing and permanent. Rumbling down the sweeping stairways, they spilled out onto the street where by 7:30am, hawkers were parked outside, ready to fuel the workers with warm soy milk and hot pancakes ahead of a long day of heavy construction.

In less than 10 paces and a quick swipe of their identity cards through turnstiles, the workers had entered their office space across the road. Behind the scaffolding was a mire of metal rods and concrete that created the foundation of a new office building.

“Sometimes after work, I’d walk two blocks to the Bund after dinner to cool off. The breeze from the (Huangpu) river is nice. Life is pretty much all here,” he waved his finger in a circle.

He was in his forties, thin but not boney, with a hint of muscle rippling through when I found him offloading bags of cement. Judging from his attire, he was a little lower than middle management. I didn’t ask for a name. The trivialities seemed unimportant when we were baking under the burning sun.

So during his break, we talked instead about a more material issue: heat subsidies.

The government mandates companies to compensate workers working outdoors with an allowance called high-temperature subsidies (高温补贴) between June to September. They are accompanied with reminders  of more water rests, cooling snacks and/or shunning outdoor work at noon. Regulations vary in different places, especially the defining threshold of heat that warrant subsidies to be doled out – some say it’s 38 degree Celsius, other places is 40. In Shanghai workers theoretically receive a heat subsidy of at least CNY 200 (USD 32.60) per month over the summer. Note I said theoretically, as did the Global Times, because it was widely reported that most workers have yet to receive the subsidies or even know how to access them.

Since July, the local news media had been broadcasting stories of uncompensated workers in places like Hunan, Hubei and Jiangsu provinces. Reporters chased down bus drivers, street cleaners and security guards in various states of sweatiness, whose responses ranged from ignorance, indignation and nonchalance. They all came from the same place: that it was challenging and bureaucratic to get money from their bosses, much less local authorities.

A newscaster in a shiny suit concluded at the end of one report, “Workers should be aware of their rights and processes to a heat subsidy. Companies and local governments should also work to compensate fairly the hardworking masses as they toil outside. Doing otherwise would hurt the people’s feelings.”

It was late June when I spoke to the worker; we had both yet to experience the fury of 40 degree weather. When I asked him if he’d expect a heat subsidy, he cocked his head. “No, I think it needs to reach a certain temperature before we get money. But I really doubt it, we only got a bit of money last summer but they never really tell you when the temperature reaches 40 degrees. I mean, you can feel it!” He flapped his sopping wet shirt and exclaimed, “This summer, I heard rumors the company may arrange some cooling green bean soup during the day. I’m still waiting for that!”

In thy face I see the map of honor, truth, and loyalty.       – William Shakespeare, King Henry VI There’s no art   To find the mind’s construction…