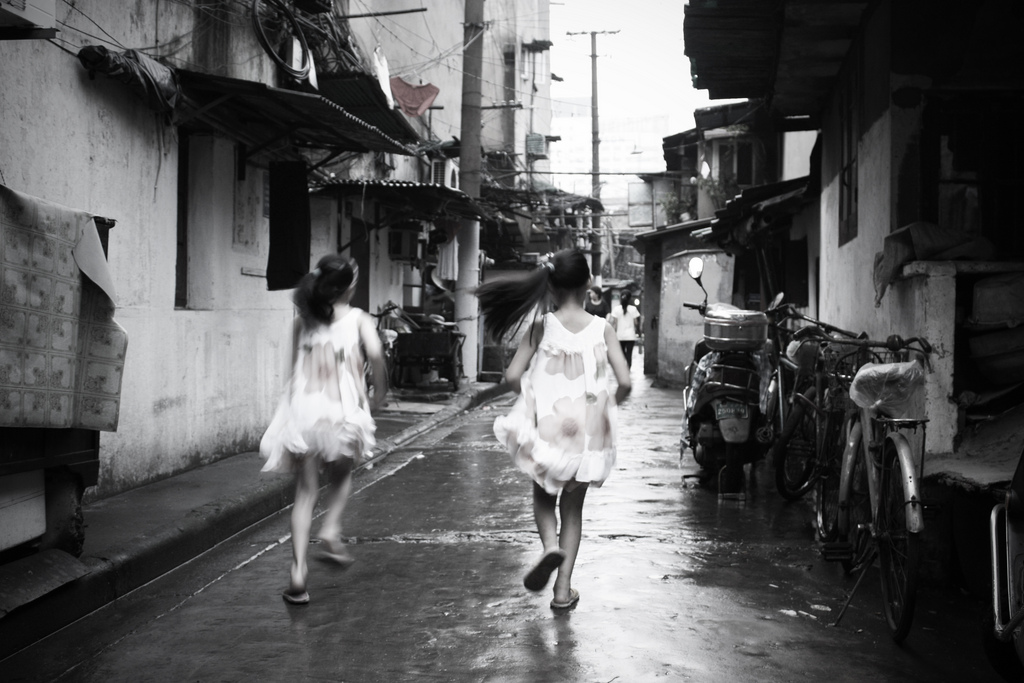 “You missed them. They left two weeks ago for their hometown in Jiangsu.”

The neighbor shivered a little in her shapeless coat while stirring a pot of boiling soup in the tiny room that she shared with her family. She shrugged when I asked for a follow up contact.

I first met the Han sisters a few months ago in the crowded thoroughfare of Old Town Shanghai (上海老城厢). It was surreal, chasing after two girls who were skipping through the alleys without a care in the world. I visited the girls every few weeks, sometimes to drop off sweets, and other times, finding a locked door.

I had given them a framed picture of their portraits as promised. I recalled when I showed up, the little one said solemnly, “I’ve been waiting for you. 1 month to be exact.”

The girls’ parents had worked in Shanghai for several years, and had only recently brought over the younger sister, Hanye for less than 6 months. The older sister Hanbo stayed behind in rural Jiangsu.

Now, it seemed that the whole family has returned home and is believed to have saved up enough money to set up a small business. Maybe Shanghai has become too expensive. Or maybe the family was just tired of being apart.

I never got to say goodbye. Such is the transience of the city.

Entering the short stretch of Xiamen Lu (厦门路) just a block away from the Suzhou Creek, the strong smell of soldered steel filled the air. The repetitive screeching…