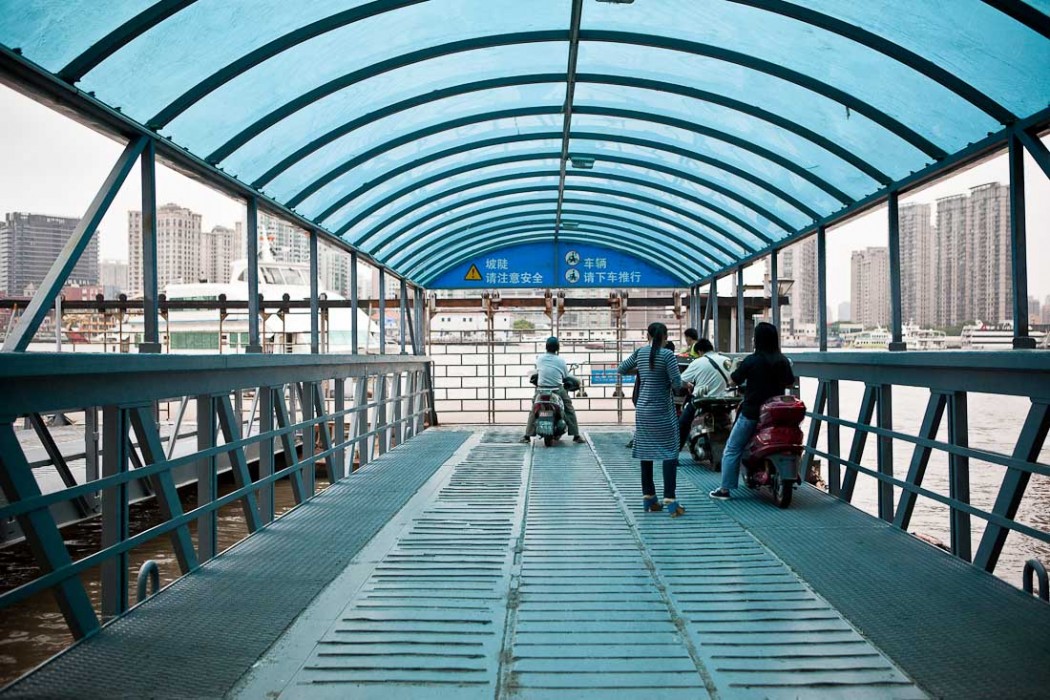 The weekend was mostly gloomy and wet though offering a comforting blanket for a restful two days best enjoyed with a quiet cup of tea and movie du jour.

But for most of Shanghai, it was work as usual. Opening restaurants, selling wares and pounding pavements in a bid for a tidy investment, be it real estate, stock tips or a Ponzi scheme.

I joined the droves of delivery men on motorcyles and electric bikes as they crossed from one end of the Changyang Lu ferry point to the opposite side of the Huangpu River on Fuxing Lu. These men are exiled from the rest of the commuter population, unable to enter tunnels and bridges, but also seeking the fastest and most direct route to their customers in the dense metropolitan area.

As we swayed across choppy waters on that grey afternoon, I surveyed my fellow passengers: delivery men carrying a microwave, a television, a giant oven, eletrical wires and construction piping, adventure bikers and the occasional tourist who took a wrong turn somewhere. 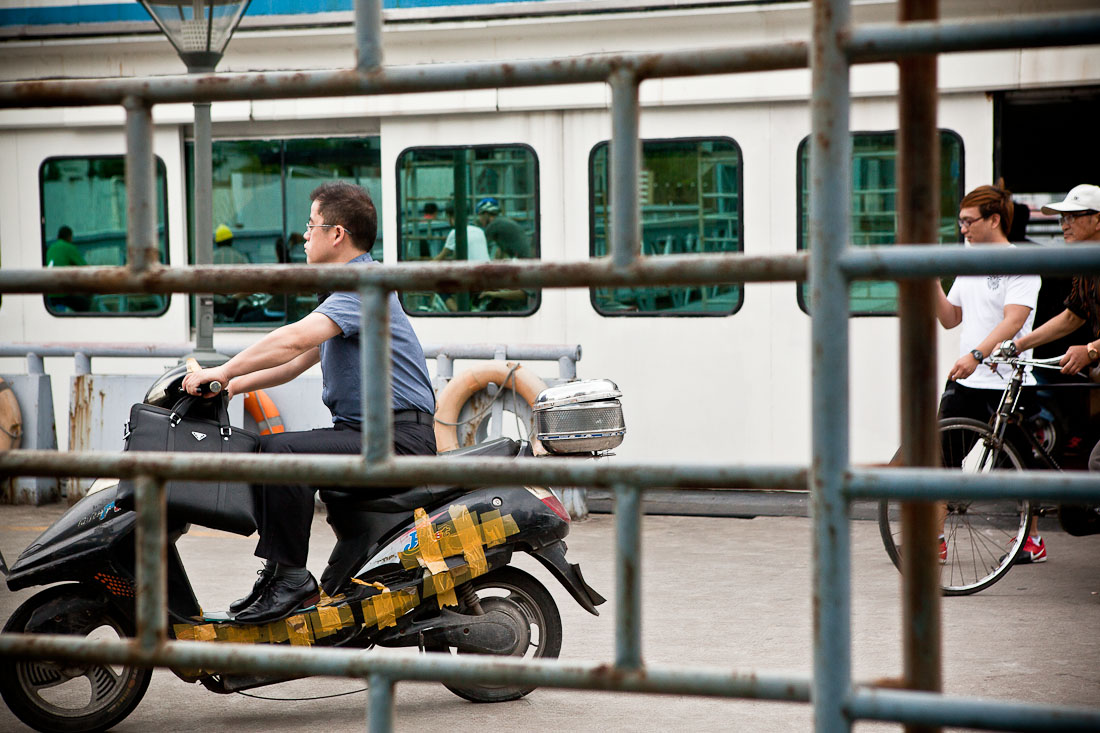 The damp air helped cool the interior of the ferry which was infused with fumes from sputtering motorbikes. Having journeyed this way thousands of times, their moves were mechanical: park and stare. But in the few minutes as the ferry drifts sideways against the current, I watched an occasional sense of awe among the men as the unending skyline opened up. For one repair man, he said, “I’ve lived here ten years, and this always leaves an impression. Best part of my commute.”

Huangpu River has 19 ferry points dotted along both sides and four key ports for longer travel to nearby islands. Visitors are mostly aware of the pleasant yet iconic ferry journey back and forth the city’s two icons: the historical Bund and gleaming Lujiazui financial district.

But what they miss out is travelling on all the ferries up and down the Huangpu, watching the skylines crawl upwards in a manner that mapped Shanghai’s modernity. There are no tourists, only more deliverymen, workers, floating shipyards and waiting cargo hulls. 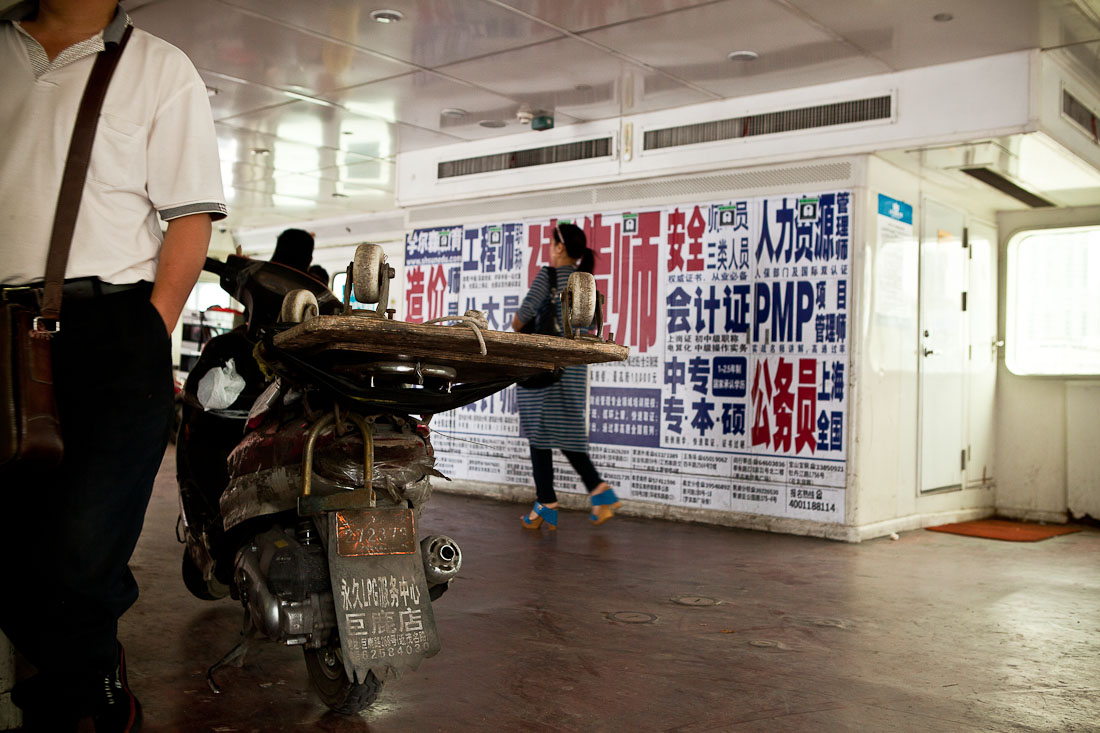 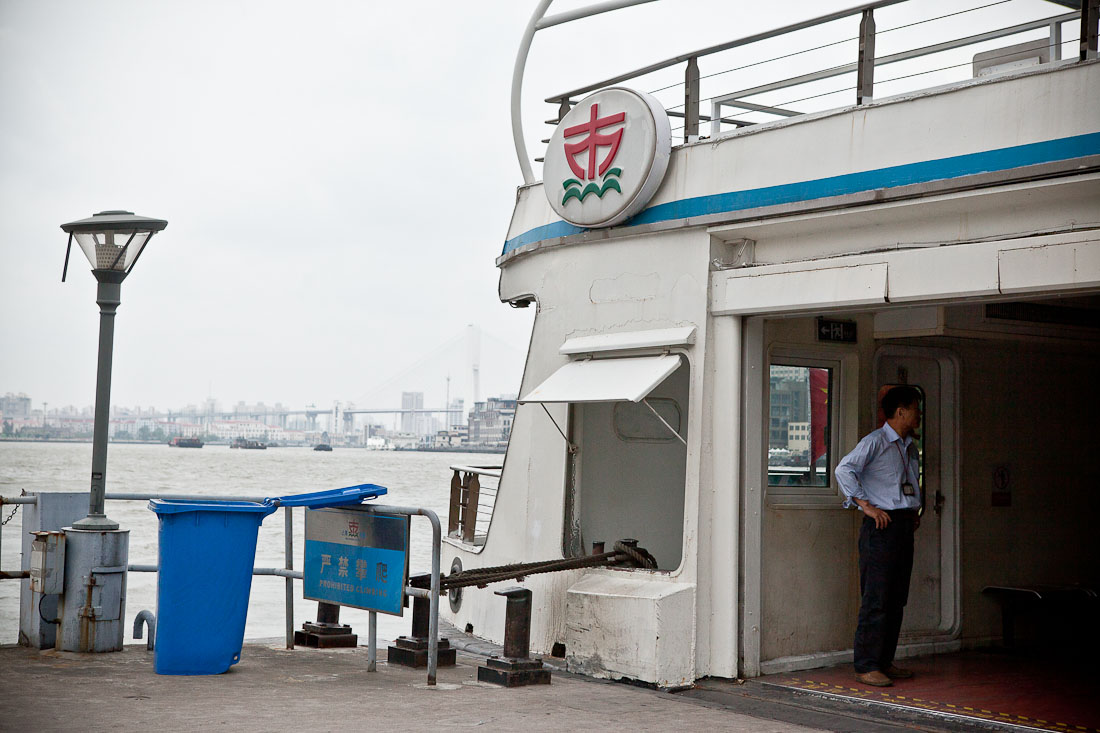 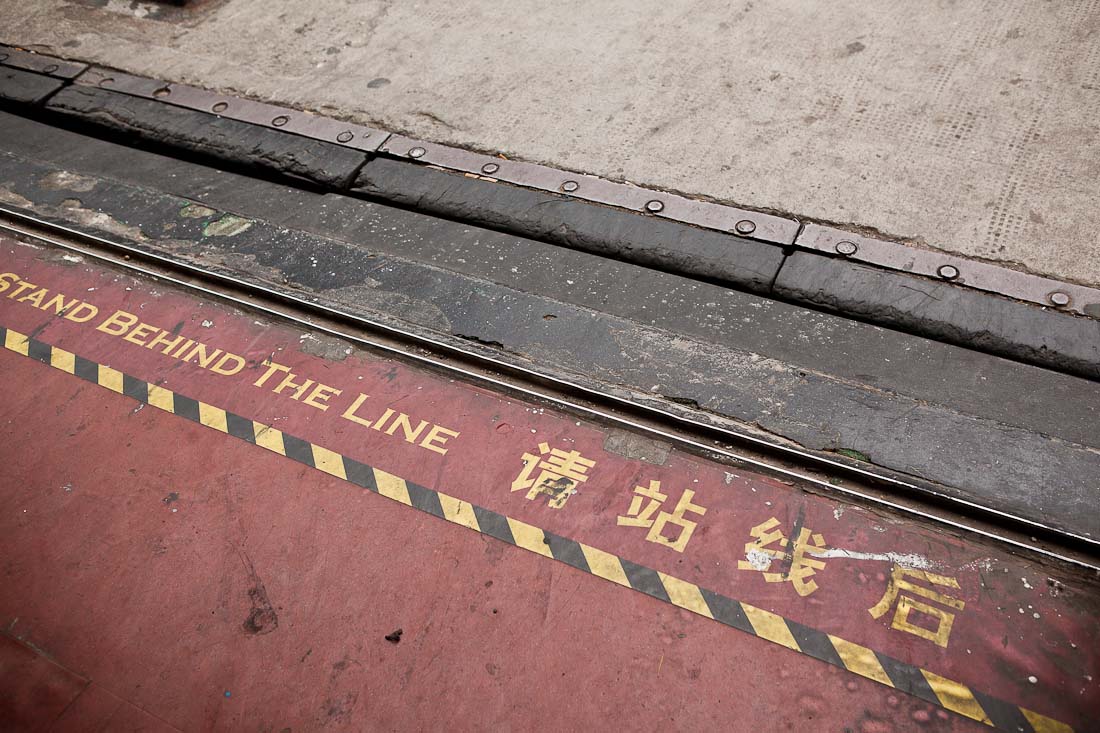 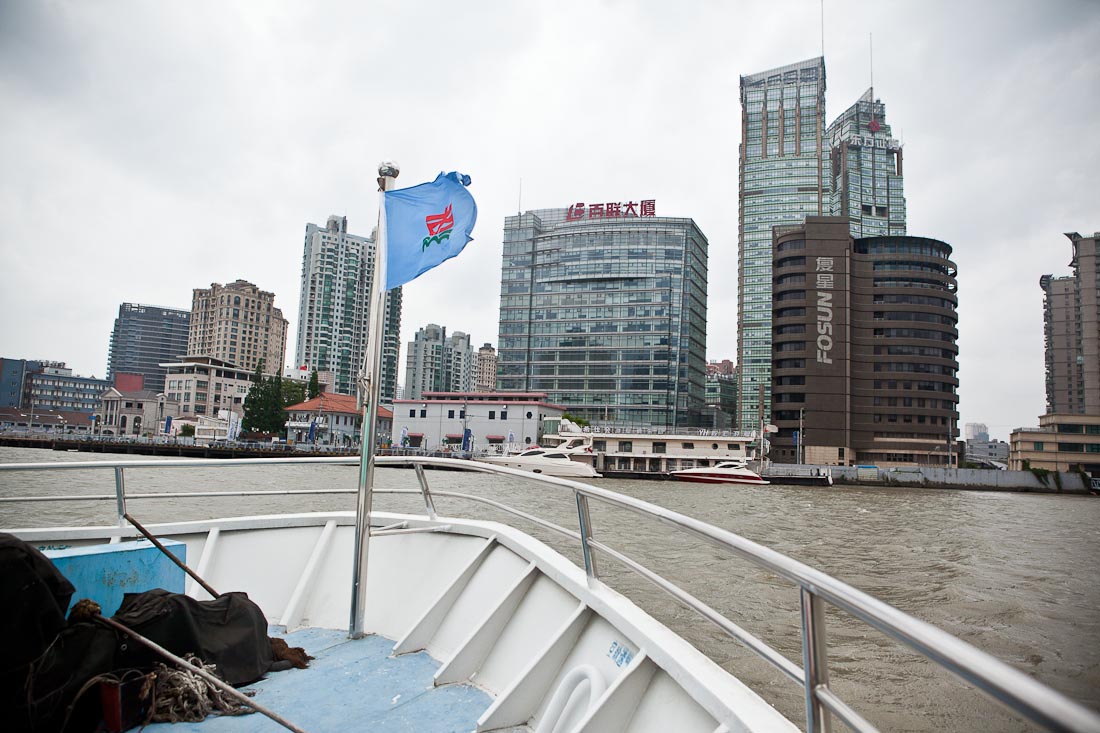 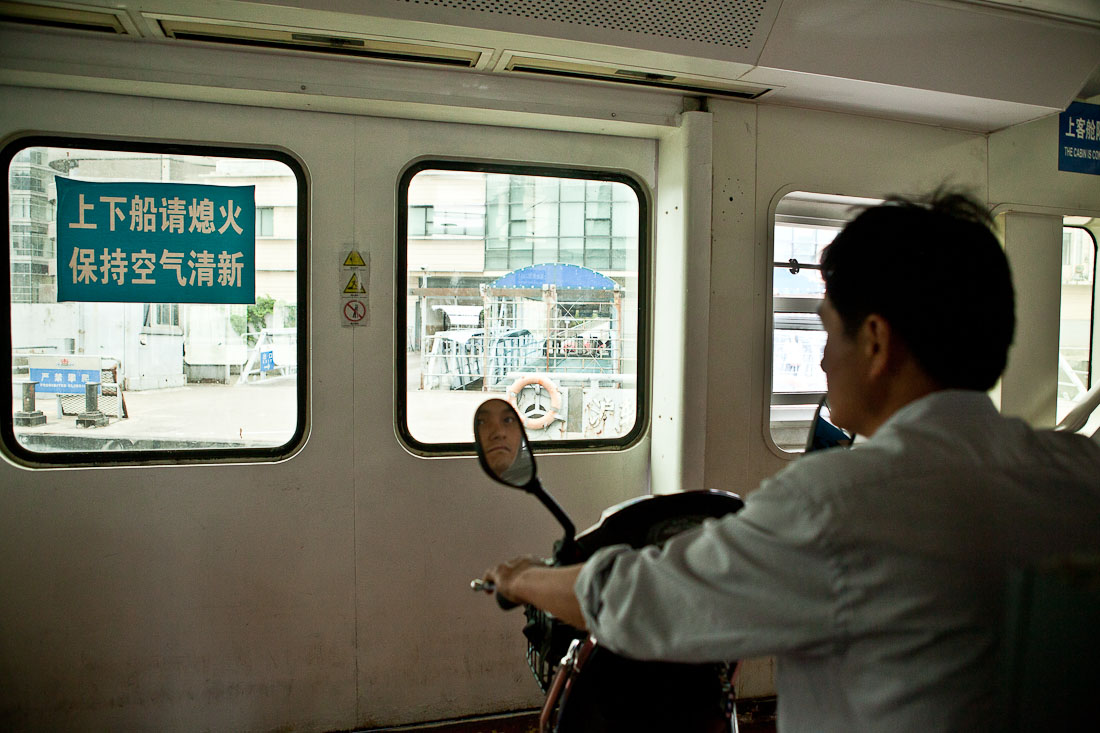