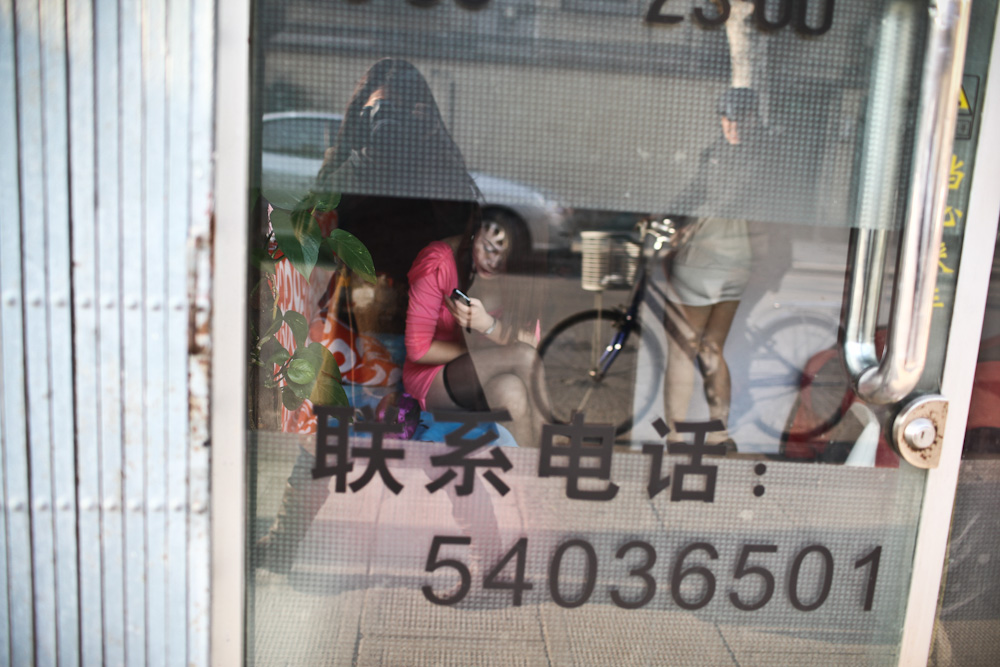 How many times have we seen the warm, red lights flickering on a dark and empty street in the middle of the night?

The window panes are frosted to prevent the overly curiously from snooping and are enblazoned with bold words “Massage and Treatment”. When the doors are closed, all you see is a tangle of legs beneath the signage.

In the day, if they are open at all, the shop looks like a common room where bored young women lie on long arm chairs to watch television and trade gossip.

At night, the rooms serve as respite for middle-aged men who let the same nubile women in short skirts and low tops rub their feet, thighs and anything else that skimmed the law.

I passed by these shops often and observed the women who worked in there. The older madams had a hard edge about them, sitting with their legs splayed open as they scarf down their lunch.

In their “care” were the young and no-longer-innocent defined by perky bodies and painted faces. Sometimes, they sit listlessly in the doorway texting or staring at passing crowds.

I heard a story once that these young women come to Shanghai like moths to a flame. They arrive wide-eyed and alone on dusty buses and slow trains from the countryside, and can be easily picked up by predatory men who promised jobs and a bed. For every young woman who had a friend or relative in the city they could reach out to, there was another who thought simply to try their luck.

“The Shanghai Railway Station or the South Station are prime locations,” a photograher once told me. He knew a bar owner who sent his men to pick up these women on a daily basis. It’s almost too easy, the owner boasted, and would “test” them out in the storeroom at the back of the bar.

Is there a dignified way to capture this particular underbelly of Shanghai, or any big city for that matter? Perhaps, if you befrieded them and photographed them honestly, learn about their many stories that led them behind the frosted windows.

But for now, all I have ever done was capture a passing glance of a distracted room.

We’re all exposing ourselves at the end of the day, and learning to live with it.

Tan Tien Yun (陈天昀) is an engineer by trade, a documentary photographer by curiosity, and a self-described humanist by passion. By integrating with the people, culture and environment…