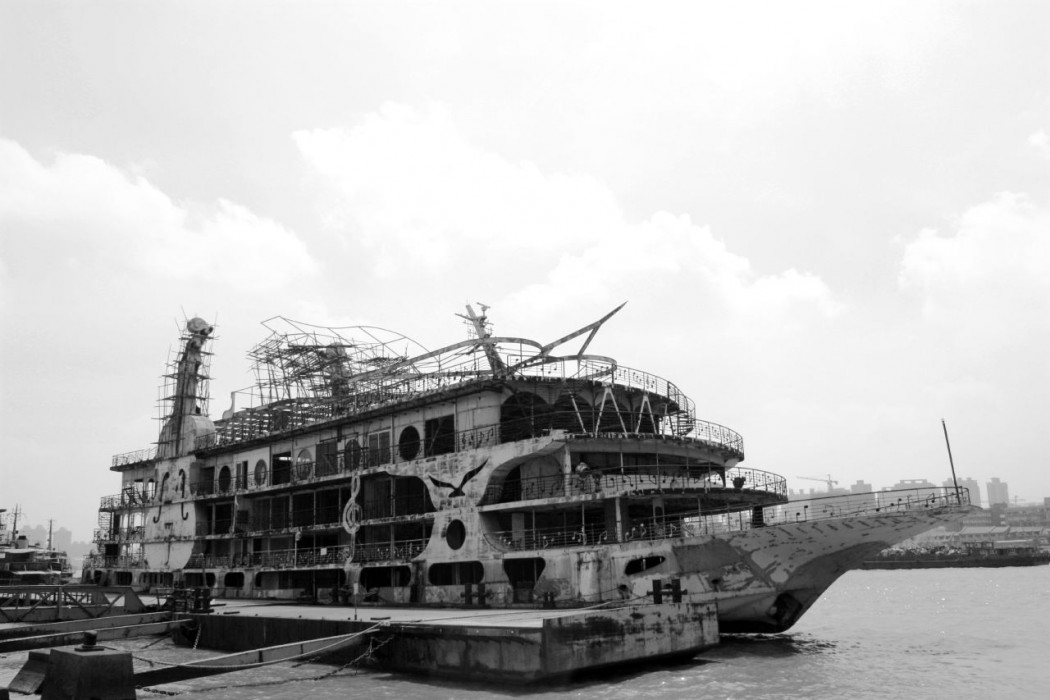 This old and rusting ship was moored off the Pudong side of the Huangpu River (黄浦江) by Zhangyang Harbour (张扬码头), but is no longer there.

Nobody was ever able to tell me its history except that it belonged to a family in Shanghai that had been looking for investors to restore it.

In the few times that I’ve been on board after much cajoling, the interior looked as if it entertained Shanghai’s rich and playful in the 1920s and 30s.  (Ed note: A friend – see comments – has wisely corrected me in that the ship was likely borne from the 1980s given that it was welded. Blame my romanticism for such assumptions.) Musical notes were carved into railings, stairs and walls. You could feel ghosts linger in shadowed corners as you walk on rotting floorboards and dodged rusted metal.

I doubt many have seen the ship in its full glory. Sometimes, it looked like an abandoned outcast amidst the hustle and bustle of shipping containers and garish tourist boat traffic.

Other times, the ship looked like a defiant relic proud of the era it represented, as if it was the only thing that stood between the frantic reality we lived in and the tenuous history we so easily forget.

It was an especially iconic sight when the mist comes in after a heavy downpour.

According to a guard who used to live on the ship, it has been towed to Nantong Port (南通港口)in Zhejiang  to be restored in time for the Shanghai Expo. Whether it will look as majestic as its former self, or morph into a cliché strobe-lighted circus on water remains to be seen. 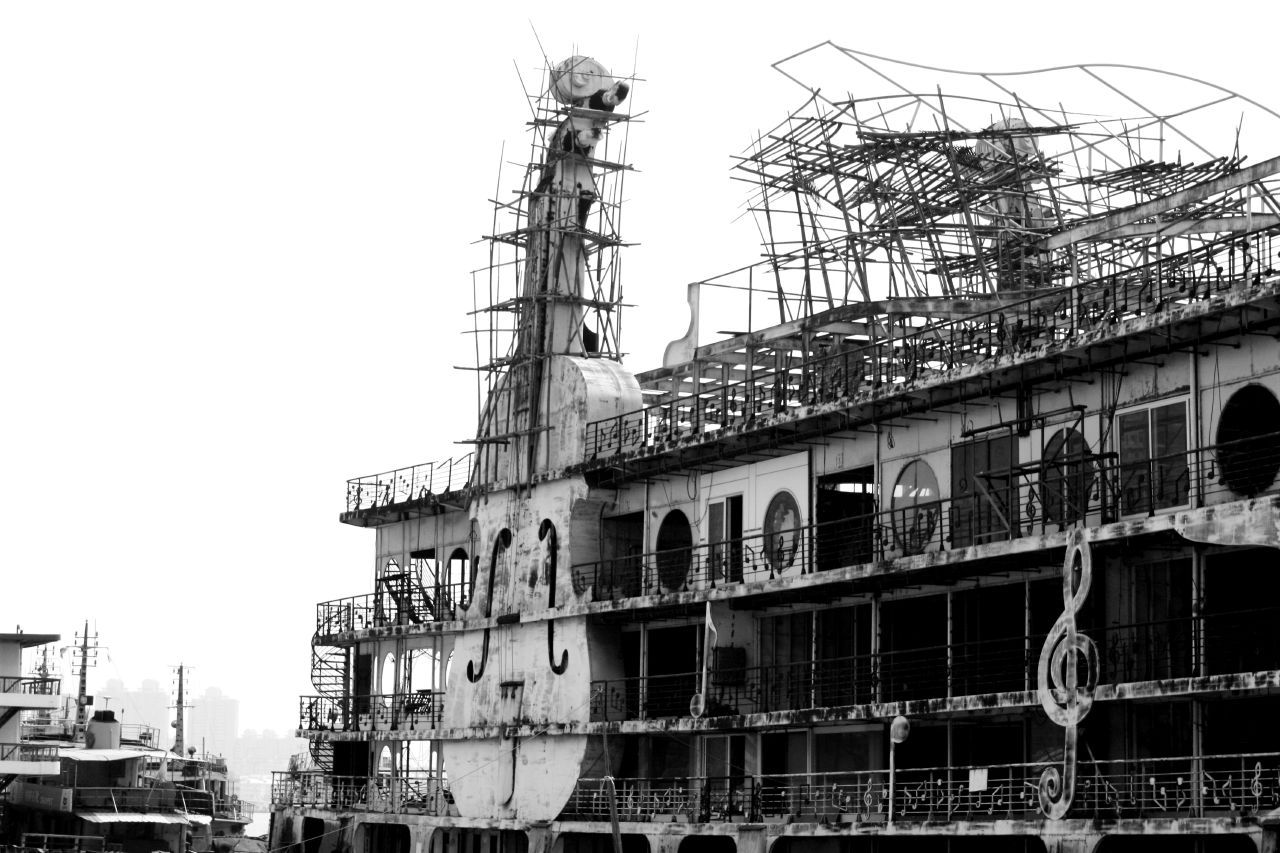 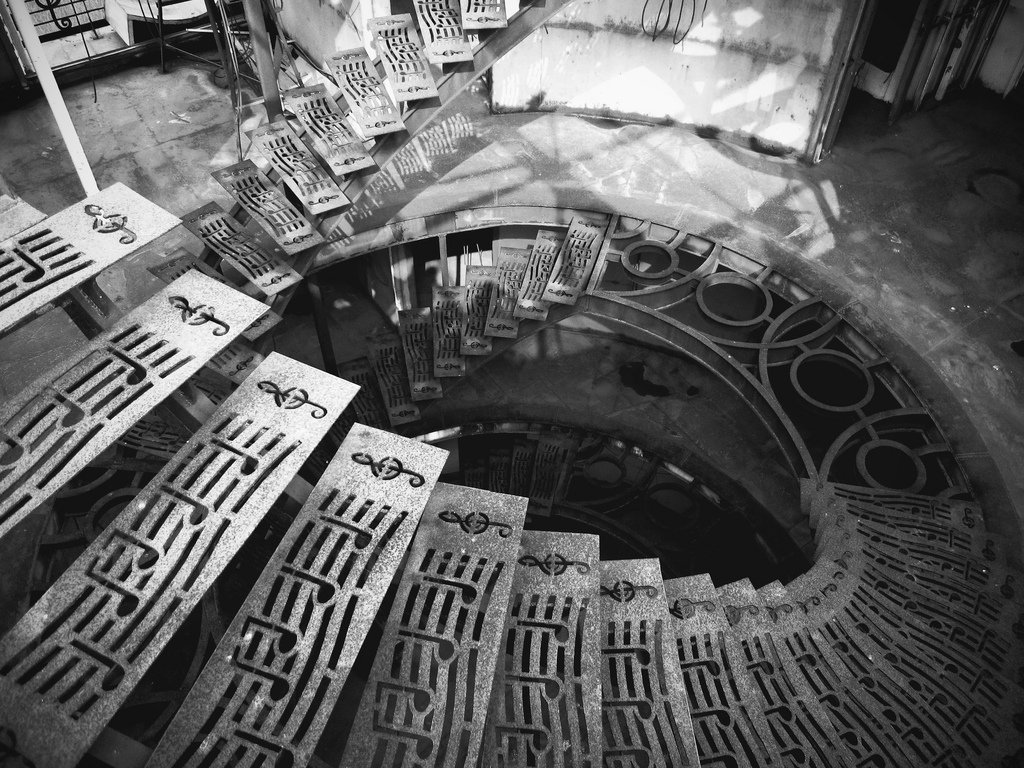 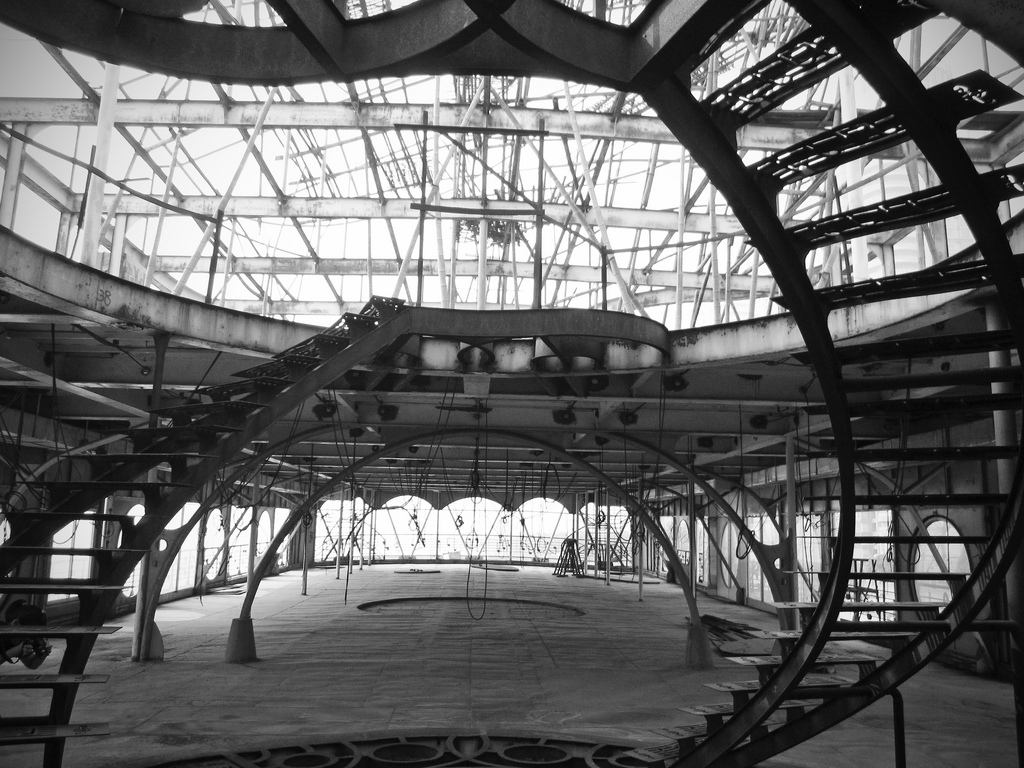 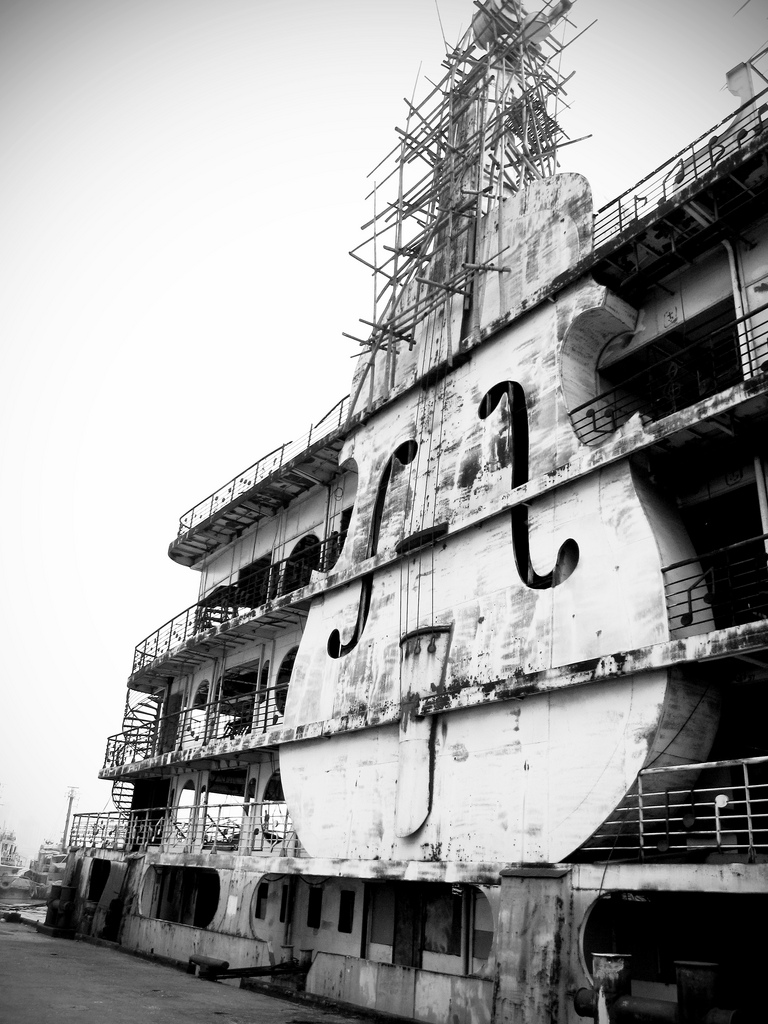 In thy face I see the map of honor, truth, and loyalty.       – William Shakespeare, King Henry VI There’s no art   To find the mind’s construction…