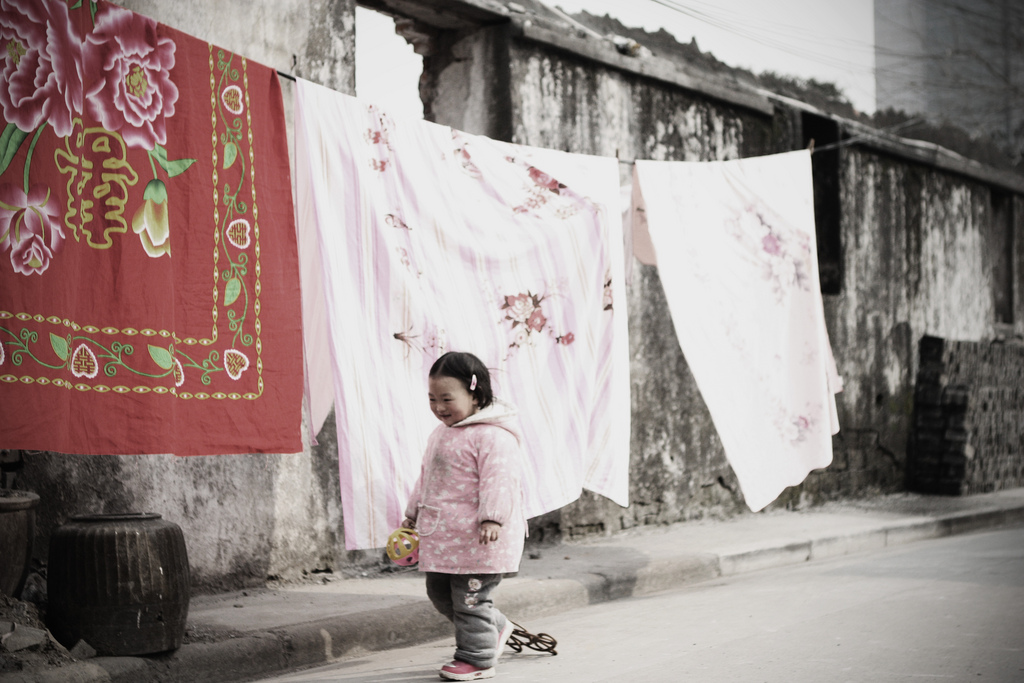 It’s the 3rd day of Chinese New Year and I’ve been partaking in family and epic culinary festivities non-stop, which has resulted in my brief absence and my expanded waistline.  Home is Singapore and we have a reputation of being true blue foodies, a badge I carry with pride and great gluttony.

I almost never say 恭喜发财（gong xi fa cai) which is to “prosper and make lots of money”, when greeting people but have been brought up to always say 身体健康 (shenti jian kang) meaning “to be healthy”. I think health is infinitely more important and wealth will naturally follow a healthy body and state of mind.

But enough mantra from me. I hope you are off to a winning start to the Chinese New Year.

The blanket in the photo says 双喜 which means “double happiness” a common greeting for newly weds. It’s more commonly seen during weddings than Chinese New Year, but I love the photo for its colorful contrast and youthful cheer of the child.

5 new bouncing babies have recently joined in the family, making my extended family on my mother’s side so big we are thinking of starting a new city state. Family reunions are endless fun and the joy is so palpable you can only grin from ear to ear.