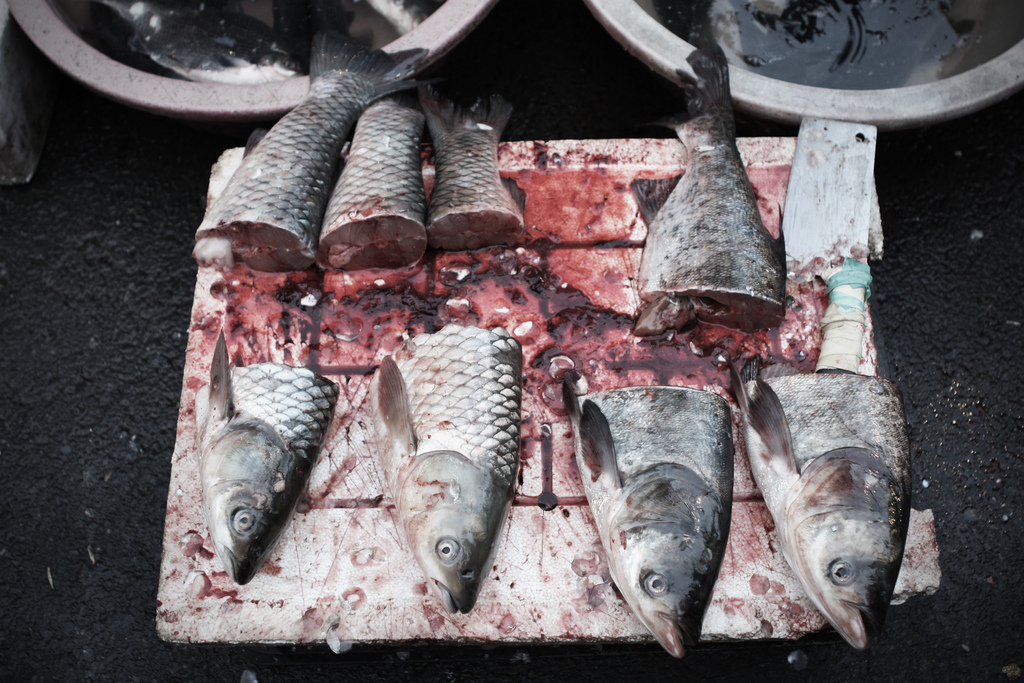 It was an open street of poultry and seafood massacre, and a very busy day for everyone at the market.

The word glee came to mind when I saw the fishmonger.

First, I heard “Thwack! Thwack! THWACK!”, the finality of the last chop rang in your ears and delivered the once-whole fish to its different customers.

Then you notice the blood spatters in all directions. Followed by guts and bits of bone flying alongside.

Finally, the smell. The wet, musky and strong odor that fills your nostrils and almost threatens a gag-reflex.

All while processing this, people and bicycles are bumping against you to get through, chickens trapped in cages are squawking in confusion while someone is yelling at you,

“WHICH FISH DO YOU WANT? HOW MUCH?”

P.S It is Chinese New Year’s eve today and Chinese families all over the world are busily preparing for Reunion dinner or 团圆饭 (tuan yuan fan). In China, the masses have been on the move beginning a week ago to take endless hours of trains and buses to see their families for this very meal. Fish is a key feature in all means for its significance as people always wish each other 年年有余 (nian nian you yu) the last character is also a word play for fish 鱼 (yu).