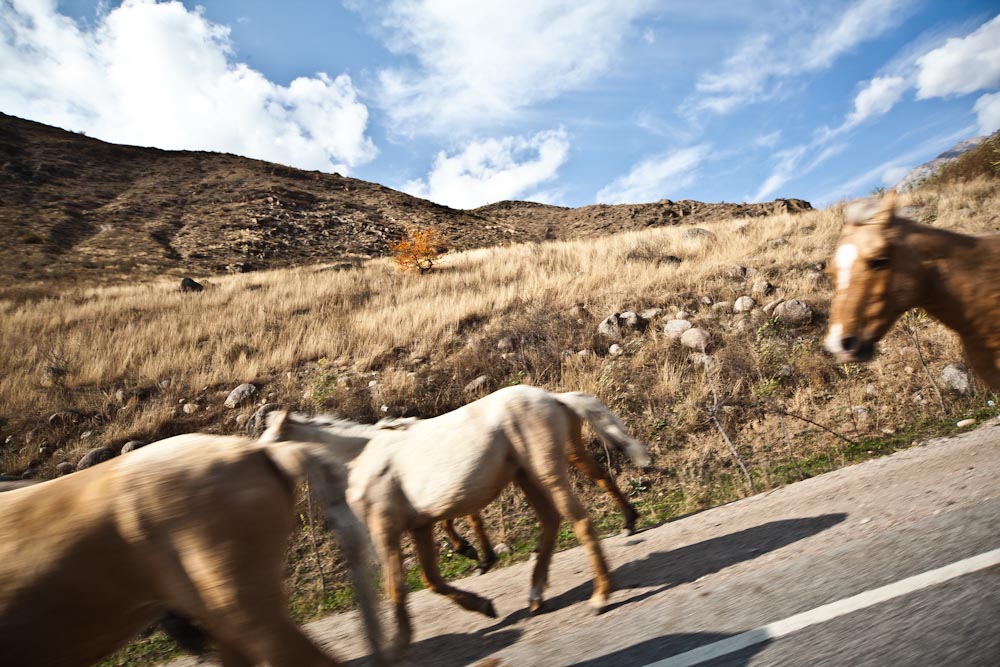 I’ve missed this space terribly, dear readers and I hope you can forgive me for the prolong neglect. Sometimes, a short pause can slip into limbo and descend heftily into inertia.

While I am physically back in Shanghai, my mind remains wrapped up with a slew of photographic work from Central Asia. In mid-October, I joined two researchers who are on a year-long project covering China’s growing influence in Central Asia. You can view their research and my photography at this site which I’ve helped set up.

For the first of several trips to the region, I played photographer, translator and intrepid journalist to document relevant trends for the project. We spent two weeks travelling north to south of Kyrgyzstan and the last week in Almaty, Kazakhstan.

While my colleagues were busy interviewing government officials, academics and businessmen to gain a bird’s eye view of the geopolitics of the new Great Game, I spent much of my time pounding the pavements making street photos, befriending absolute strangers who’d warmly welcome me into their circles and gaining first-hand accounts of their lives in the context of a rising China. A smattering of English, Russian (I did 1.5 years of it in graduate school) and even Chinese gets you very far and it doesn’t take much to ingratiate yourself with the local community.

In Bishkek, the capital of Kyrgyzstan, I discovered a vibrant hip-hop scene amongst the city youth, well-educated university students eager to practice foreign languages, a burgeoning Chinese cultural influence around the major cities and best of all, crowded and bustling bazaars that bring together traders from all over the region.

But nothing was more thrilling than driving cross-country, north to south and back again (10 hours each), to really absorb the beauty of Kyrgyzstan. The journey was studded with bucolic landscapes and herds of mindless sheep, cows and galloping horses. Changing climates in different parts of the country meant dashes of red and yellow against lush greens, and the reverse only one week later. The views weree similar to the landscapes of Southern Xinjiang which I visited the previous year, as Kyrgyzstan is after all, just the other side of the Tianshan Mountains separating the two countries.

The Majestic Theatre under renovation

Hands cupped on both sides, I peered inside the dusty and vacant lobby of the Majestic Theatre (美琪大戏院), searching for a way in to no avail. I tested…