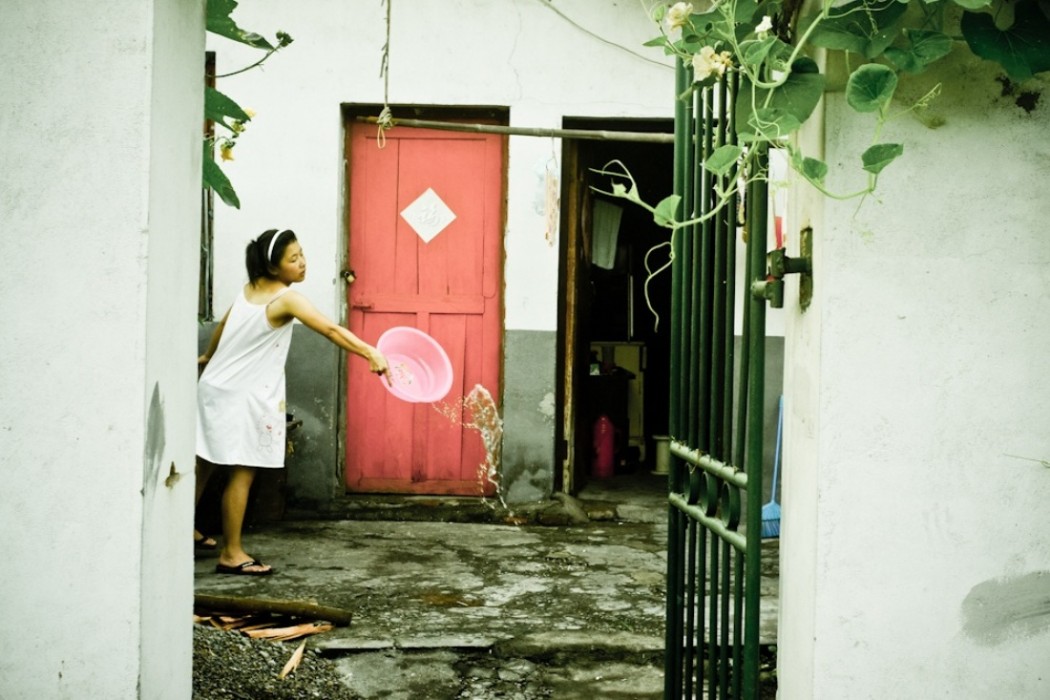 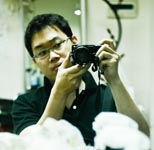 Tan Tien Yun (陈天昀) is an engineer by trade, a documentary photographer by curiosity, and a self-described humanist by passion. By integrating with the people, culture and environment before lifting his camera, his works reflect in intimate detail the people’s emotional attachment and adaptations with their chaotic environment, the harsh reality of their way of life and the collective emotions of simply living. Currently, he is documenting the local rural folk as they try to adapting in the rapidly industrialising Minhang district in Shanghai.

SA: I’m chuffed to meet a fellow Singaporean doing street photography in Shanghai. Please share with us where and what you’ve been photographing in your time here.

TY: Well, I am equally chuffed too! I have only been a relatively short time here by my standards, almost a year. As I have a hectic day job, my time to spend on the camera is curtailed, so I have only been pretty limited to my trips back and forth from work in Minhang district (闵行区), and metropolitan areas such as Xuhui /Changning district (徐汇/ 长宁) and downtown. While such coverage seems pretty canned (i.e. photographed way too often) and narrow, it offers a good scope to cover for what is a generic slice in Shanghai society.

I am a simple person, and I have a firm belief that you do not have to be anywhere exotic to deliver an emotive selection of work; all it takes is a good eye and a strong sense of inspiration. What have I been photographing? People of course! If I may delve further however, my rather flippant answer goes further. My work dictates a good basics in composition and elements of a scene, but what I look for and photograph what Bruce Gilden calls ‘characters’: People that somehow in that moment of time gel the scene together with their actions, their display of emotions, and their overall impression and relationship with me. 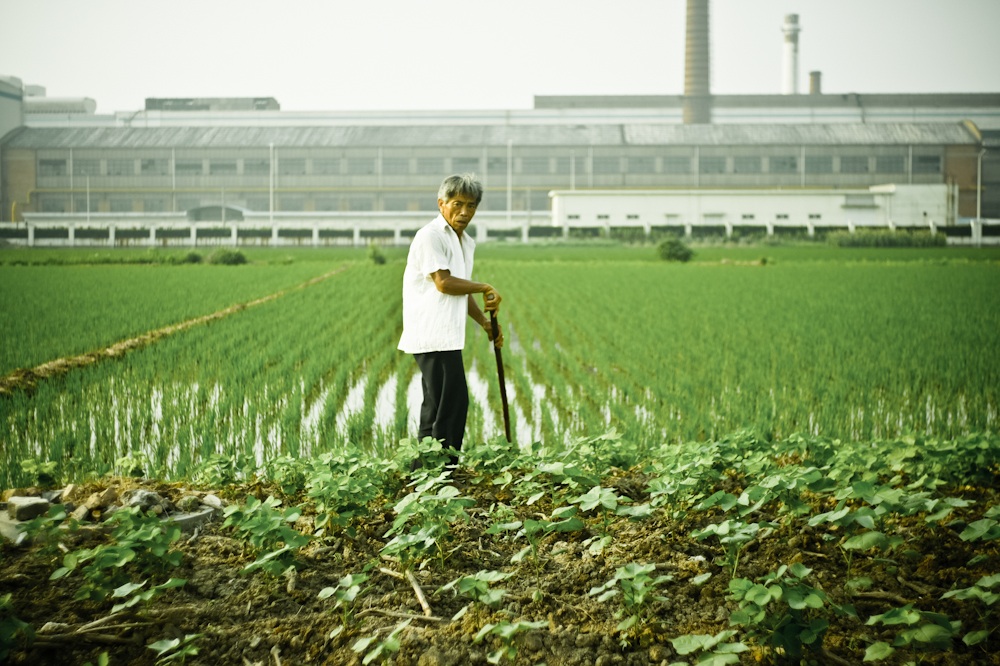 SA: While your subject range in general is relatively broad, I want to highlight your work on capturing Minhang, a suburb of Shanghai which is both industrialized and rural at the same time.  You describe this specific portfolio as “Seeds We Plant, Factories We Toil”, which was most recently featured in a cross-city collaboration entitled “The Living Streets of Shanghai and the Hague”. What was the driver behind it

TY: The portfolio “Seeds We Plant, Factories We Toil” is the ongoing documentation of the lives of the local rural folk in the face of rapid industrialization. Minhang was once fertile plain farmland fed by the Huangpu river, but with the designation as a special economic development zone in 1992-1993, foreign investment poured in and factories/power plants start to sprout like the rice does in summer.

However, this portfolio is a bit unique in that the focus is not on the macroscopic issue of industrial encroachment and how a segment of society is affected by it, but rather on a person/people itself within their village, their farmland, their factories and how they adapt to the changing landscape. The photographs are taken with no bias in mind, meaning to say there was no attempt to highlight issues, such as poverty, rapid urban build up or the impact of it on the inhabitants at hand. I concentrate on my subject and how they go their daily lives in the backdrop of such a raw environment, and what they do to make a living day by day.

My inspiration draws from the fact I photograph the folks as friends in mind, and as one of them. I eat the same food, I walked with them on the way to work, and even learn a tip or 2 how and when to plant rice and corn. All this good will, knowledge and intimacy goes into influencing my photography, as no longer as I am photographing them as strangers, but rather I am telling stories of friends to a willing audience. 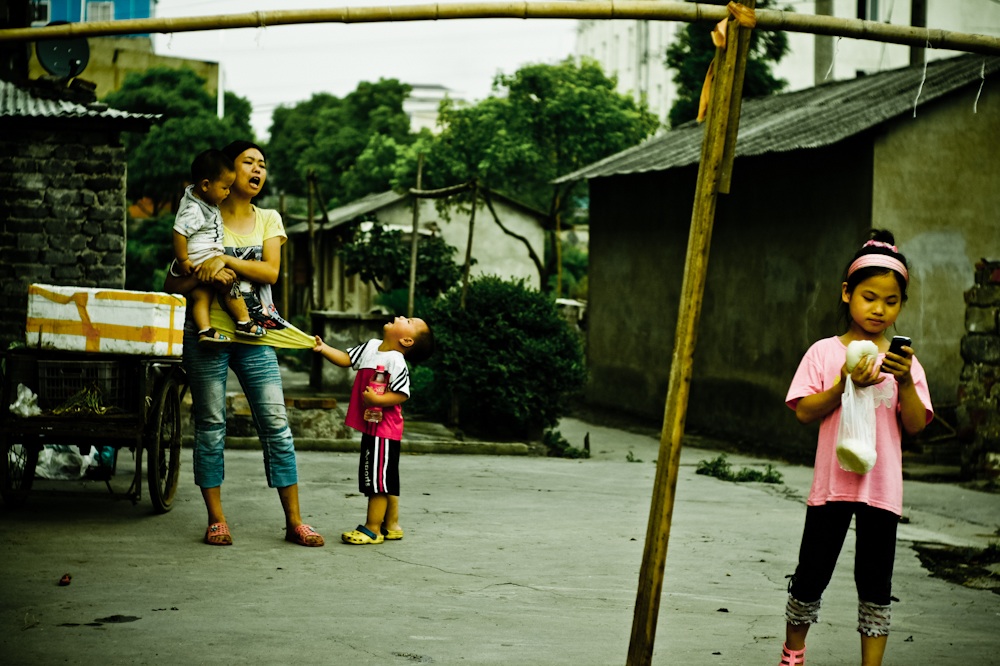 SA: Regarding your portfolio, when people think of Shanghai, they conjure up images of a mass of humanity within a confined space. But your work is juxtaposition, emphasizing the individual against a vast industrial and/or rural landscape. Is this intentional?

TY: In all essence to being honest, it is intentional as a composition sake. I believed in order to show a connection with the subject, especially somebody I know relatively well enough, I have to get in relatively close with total focus on the subject. However, a subject is meaningless without an environment or setting where he/she belongs to. Its akin of putting a tiger in a concrete box in a zoo and leaving everybody wondering about what its stripes is for, in comparison to seeing the real wild cat in the grassland stalking prey.  Likewise, I am trying to portray the true raw nature of a person(s) existence in his own habitat and visually describe the emotive context of trying to live the life of the subject. 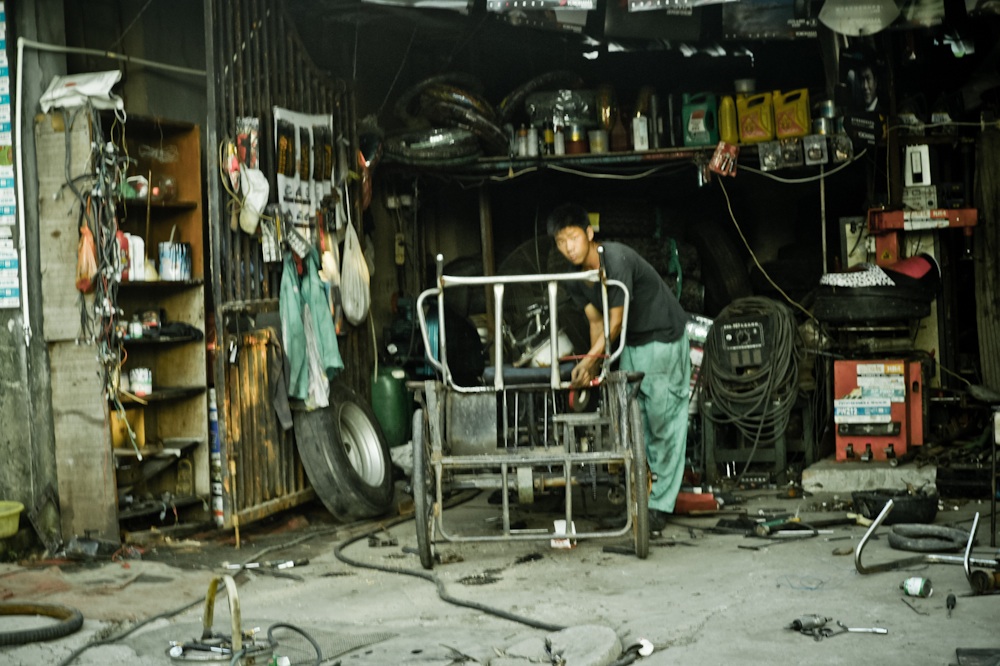 SA: You have a consistent style, which I consider high-key (bright tones, less shadows) and high-contrast. Why do you choose to portray your work in this style?

TY: I borrow this style from my days of doing film photography in Black and White. The use of high key overall is used to ‘set ‘ or emphasize the mood to the audience. While others may use high key to over exaggerate colors and tones, I used it rather as a point to help focus the viewer on the subject. If for example I photograph a man in many years in hard labour, I would use deep shadows on his hands to highlight his wrinkles and the gradation of leather skin; leading the viewer to think about the hardships the subject went through. Likewise on a younger person I may use bright tones to highlight their youth and vitality. All in all, high key processing is dependent on how I want to emphasize the key characteristics of a subject to the viewer. 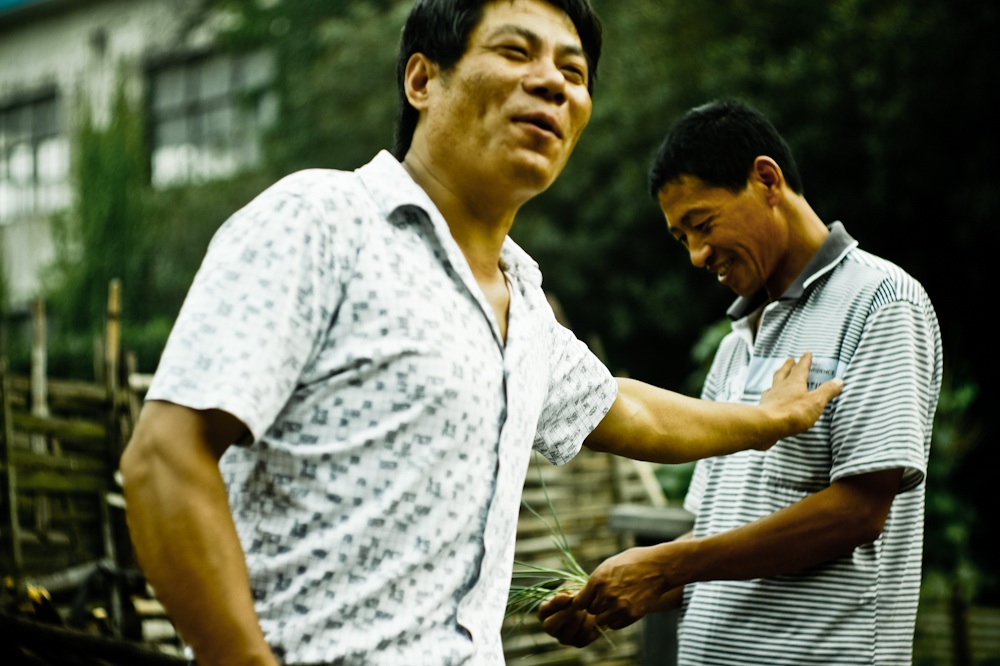 TY: I have always mentioned that photography is always secondary. In my travels in different countries, different environments and different people, I’ve learnt the most important aspect is seek an in depth understanding with a society, their culture and their environment. In order to do that, I have to live there and be one of them, not just a temporary visitor for a few days. I always advocated at being open minded, and not pigeon hole what we see into a context we are familiar with: for example the misconception that most people in China are uncouth just because they spit on the streets. We may not like it, but this doesn’t do summarize 5,000 years of their culture and history into spitting match.

Why I emphasize on this sort of engagement is too often, street photographers view themselves as transient. Often taught street photographer methods are pretty much rinse, wash and repeat: Go to a place for a few days, shoot as much as they can, select the few best shots and use it as a basis for their work. Then photography becomes a technical exercise that makes all subsequent photographs plain vanilla, all one and the same approach. It is a totally different matter when a person approaches an environment because he wants to find out more about a people and culture. With an understanding, you can portray your subject effectively, and portray your absolute best truth.  I never did understand the whole conserver à l’écart portion of street photography, if you keep your arms length from a subject, how do you even know enough to photograph a subject anway? 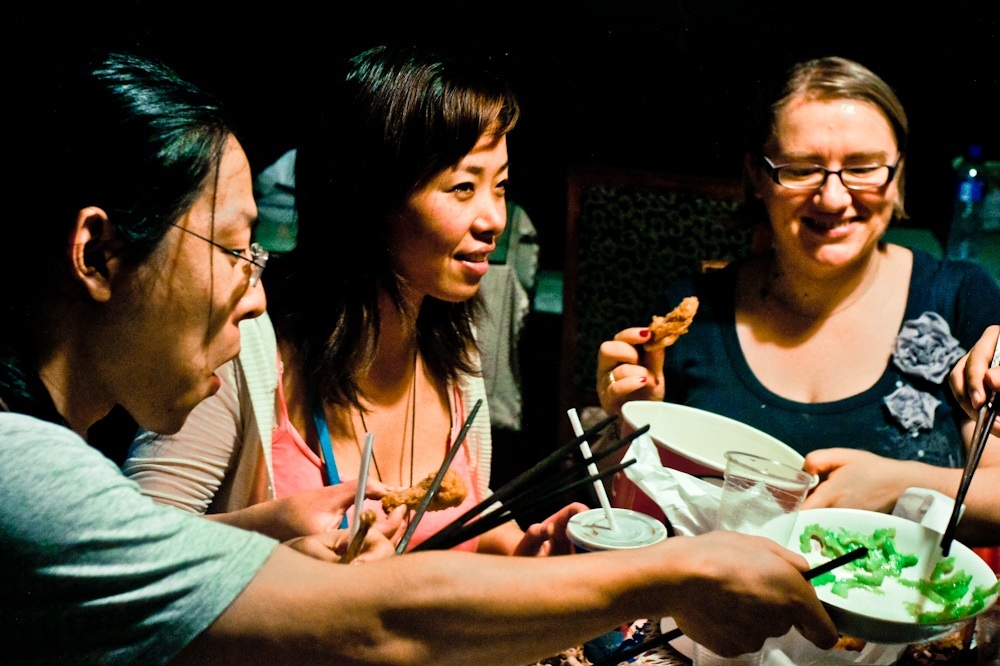 SA: Let’s talk weapons of choice. What are you shooting with on a regular basis?

TY: Well, I shoot with a Leica m6 for film and a Sony digital compact with a Leica adapter for my digital work. I’ve been shooting with the same set of lenses for 7 years, namely 50mm, 35mm and the 90mm, and they still serve me well for the work I do till today.

SA: What are you going to be focused next, photography-wise, continue your existing portfolio on Minhang or on to the next project?

TY: Photography wise? For now I will still continue with my Minhang portfolio, and I am looking to expand my knowledge of Shanghai so I could produce more intrinsic work. I don’t really think long term in terms of photography, I just think of the now. And that to me is the best way to approach it because life can sometimes throw you a boomerang and screw up well thought out plans. So I (can) just be as random as life *grin*.

Find me (in the creak of an old stairwell)

Readers have noted how quiet the blog has been. I confess to its woeful neglect but would point them towards the blog’s Facebook page which continues to brim with photographs and factoids of Old…