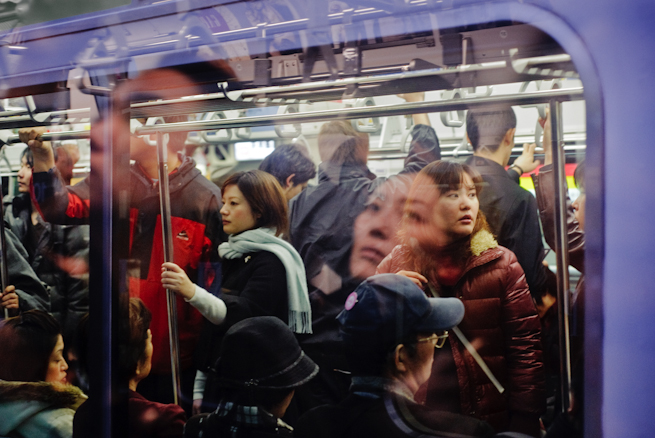 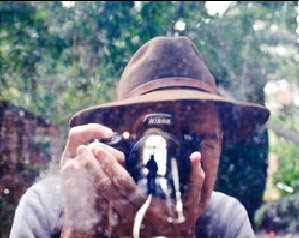 Based outside of San Francisco, Jack Simon’s widely exhibited street photography is composed of wonderful juxtapositions of people and their surrounding elements.  Whether it is an intentional or coincidental (mis)alignment of light, shadows, reflections or movement, his work has the ability to tickle and perplex at the same time. Here, Jack shares his journey into street photography, shooting in the diverse neighborhoods of San Francisco and his impressions of his first visit to China.

SA: I have to say, after corresponding over Flickr for over a year, I’m glad we had a chance to catch up in person over a beer and share our experiences on street photography. I’m thrilled to introduce you to the blog’s readers. Please share a little about yourself.

JS: I’ve worked as a psychiatrist for the last forty years. I began taking pictures seven years ago with a digital point and shoot. I didn’t really know what I was doing, but the immediate feedback of the technology allowed me to experiment, make a lot of mistakes, and move closer and closer to the image I was after. Now I rarely go anywhere without my camera. My work has been shown in several street photography publications. I was selected to show at the biennial Format Festival in England this year, and my book UNTITLED* was also selected to be featured in the festival. I’m definitely a passionate amateur and will not give up my day job.

(*Jack’s work has also been published as a cover image of The Tate Modern’s publication “Street or Studio – A Photobook.” and the British street photography monograph “Publication.”)

SA: How would you characterize your street photography in terms of style and focus?

JS: It’s easier to say what it isn’t.  I don’t have a specific theme or idea in mind of what I am going to photograph. I am not especially interested in documenting aspects of life in the public domain which I think is the general focus of street photography.   I am using the “street” to find complex, colorful, and sometimes cinematic views. I  prefer when the story is not clear and it is left up to the viewer to put their own interpretation on the scene.
Usually something catches my eye quickly and I take the photograph fairly mindlessly.  Oddly too I find that “working a scene”, in other words trying to spend time waiting for the right light, people’s actions, etc. does not work for me as it does for many.  Often my first and often unconscious shot is more successful than when I try to improve upon it.  So generally I am  on the move and looking. 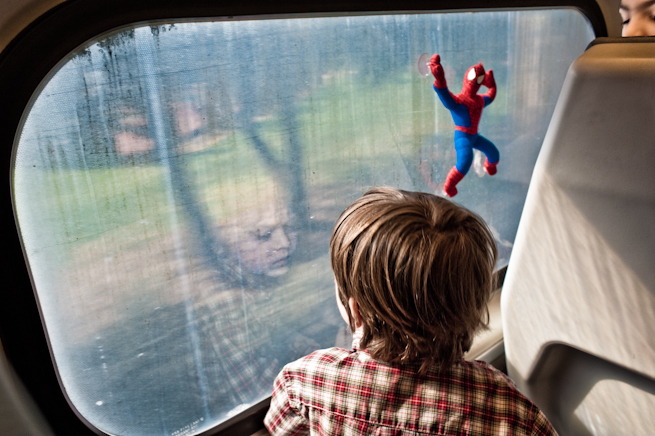 (Eds note: Please note there is one R-rated photo located within the post)
SA: What do you love most about street photography?
JS: I love walking through cities, observing, hunting for an interesting scene, and at the same time enjoying what the city has to offer in terms of food, museums, sights, etc.
I am lately coming to grips with what I love most about street photography is also what I dislike too. I like most the incredible surprises of what I can only occasionally find. Walking down a alley and finding a man on his knees looking at a topless woman (it turned out he was photographing her) or women in Shanghai who look like they had just stepped out of a movie is pure photographic delight.  Yet, on the other hand, many times I wish what I was photographing was more under my control; that I could set up a project that I would know the opportunity to photograph would be there.

SA: Where do you normally shoot at home in San Francisco?

JS: I live about an hour from San Francisco in a very wonderful suburban environment, but most of my photographs come from time spent in San Francisco. My favorite area is the Mission District. There is tremendous diversity, lots of good food, interesting stores, and  people on the street.  Another area I love is downtown. I can take the train   and walk into a variety of neighborhoods like Chinatown and the Tenderloin. In the downtown I always spend some time in the SF Museum of Modern Art which has a terrific photo bookstore and  photography shows in addition to other art. Again with these areas, I can feel very entertained whether or not photographic scenes emerge. 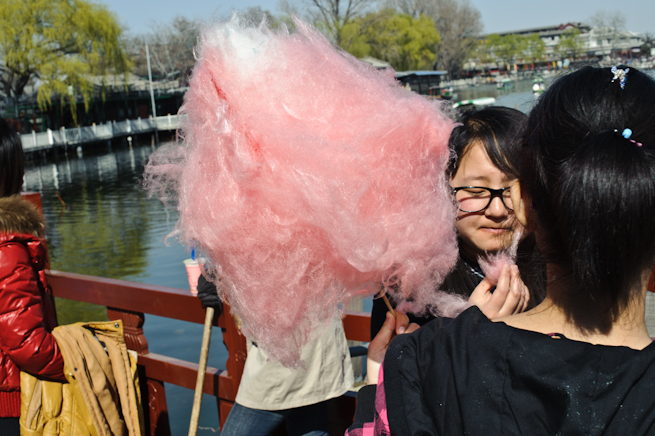 SA: Moving onto your recent (and first!) trip to China. The first question is always, what do you think of China, especially Shanghai?

JS: My wife and I traveled for three weeks in China and spent our time in Beijing, Shanghai, Hangzhou, Xian, Yangshuo, and Ping An. We loved our time there but certainly recognized we had just scratched the surface as tourists. We were impressed by the immense changes and how quickly they were occurring.   Yet, for me traveling is often enjoying the exotic, the differences in cultures.  We fortunately stayed in  an older and preserved section in Beijing and a largely preserved section in Shanghai.  I am sorry to see, though, that the older and more traditional neighborhoods may be disappearing.
Of course sights like the Great Wall and Terra Cotta Warriors (in Xi’an) will remain with me forever and likely will always be an important part of China alongside its modernization. 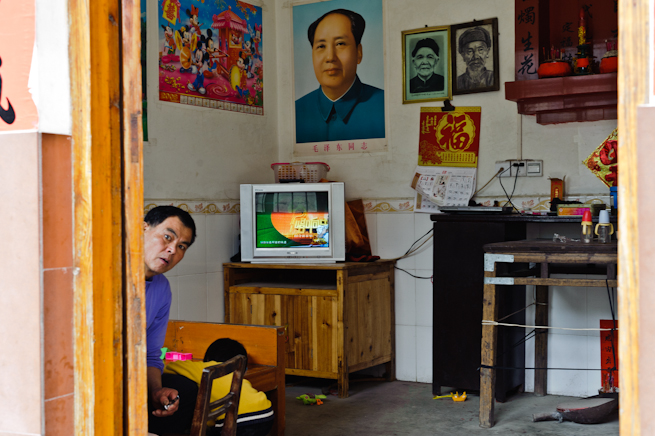 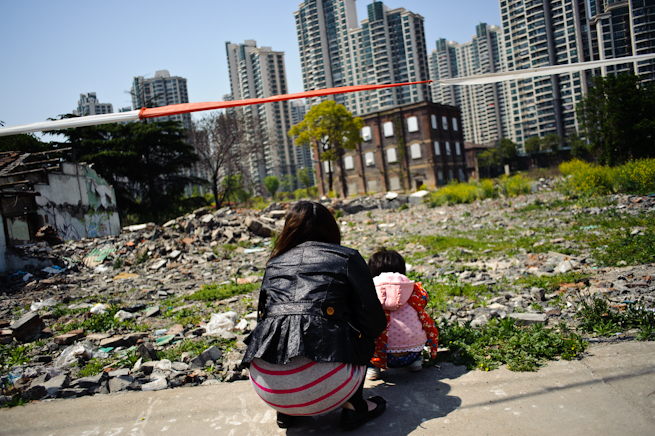 SA: Of all the photos you’ve taken on your trip, what are two of your favorite ones?

JS: One of my favorites was taken in Shanghai around Taikang Road. My wife and I noticed a number of beautiful women dressed in traditional clothing of the 30’s. We learned there was going to be a fashion show later and I ended up in a public space where the models were waiting.  They might have thought I was a professional photographer and had no problem with my being there and photographing them getting ready. In this scene one of the women had taken a photo of the two of them with her phone. For me it was as if being transported to a another world that I had seen in the movie “In the Mood for Love.” 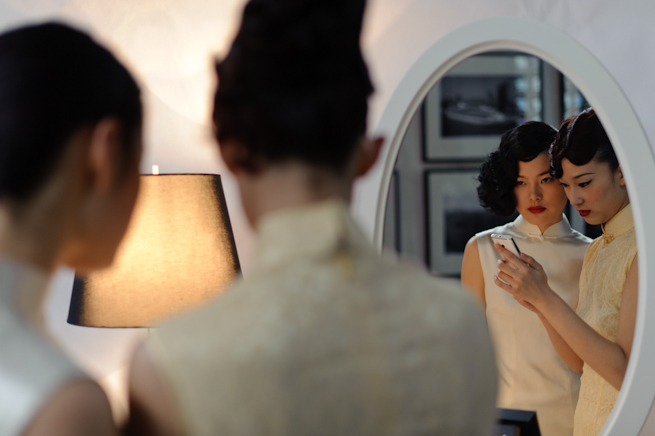 Another favorite was  taken watching  people enjoy themselves around one of the lakes in Beijing.  In my mind’s eye there was a surprise melding of the cotton candy and hair styles which hopefully comes across in the photo.

Thanks so much Jack. I hope you’ll be able to return to China soon to spend a bit more time on the streets. Meanwhile, please keep us up to date on your next exhibition! 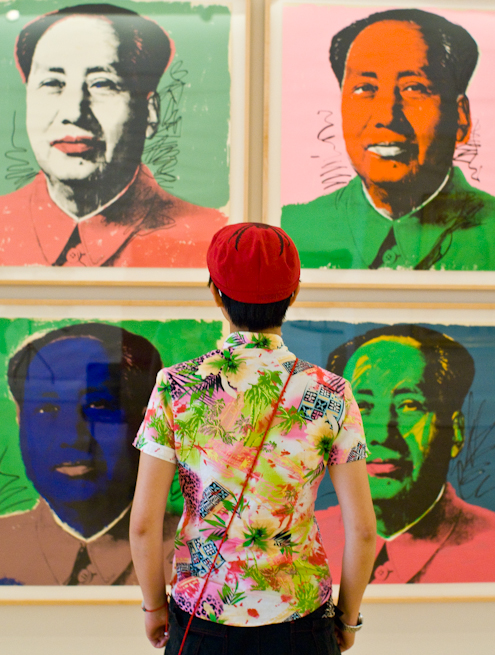 Getting into the mood for Chinese New Year (Part 1)