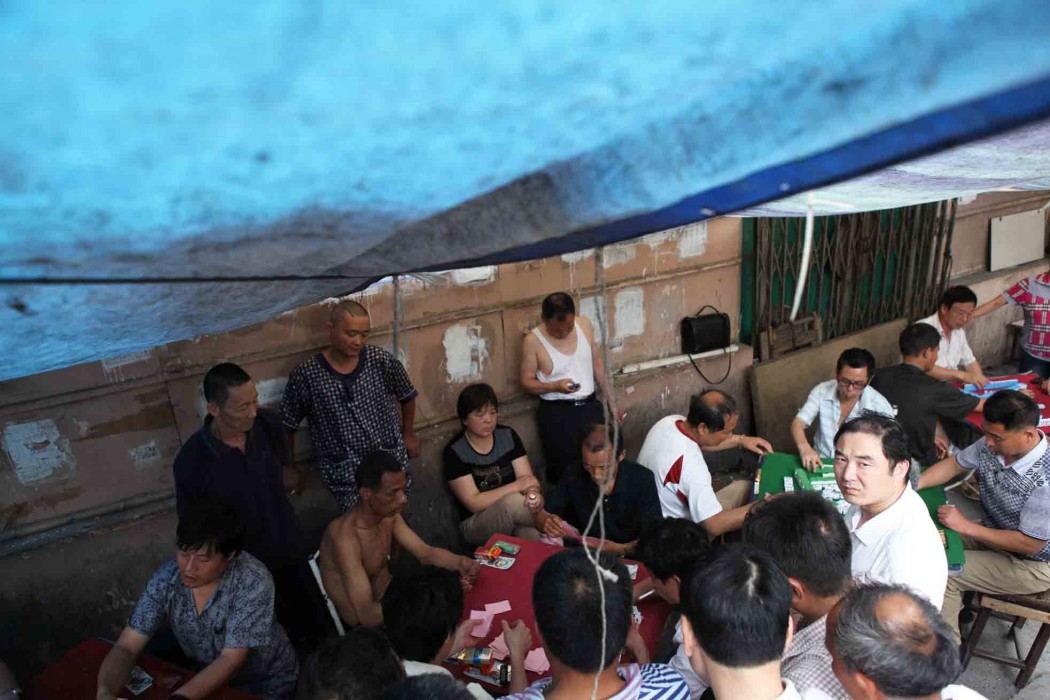 The raucous clatter of tiles was unmistakable as I approached the corner of Zhijiang Lu (芷江路) and Xizhang Bei Lu (西藏北路) in Zhabei district.

In a public playground, groups of middle-aged to old people were lazily gathered for an afternoon of mass mahjong and card games. A large spectator audience followed like moths to a flame.

It was a typical way for a community to pass the Saturday afternoon and enjoy the fickle spells of cool summer sprinkles. It hardly bothered the patrons who sheltered themselves under makeshift tarpaulin tents.

Ironically, all of this was taking place in front of a video arcade where a few bored teenagers were furiously driving virtual cars and zapping aliens.

Outside, cigarette smoke and tea wafted through the air, interjected by the occasional victorious shouts of “Peng! (番)” (1 peng = 2 points, or a win) The crowds were a mix of older local Shanghainese but also middle-aged migrants with a penchant for the game.

Further down Xizhang Bei Lu where the sidewalk was about 4 persons deep, clusters of mahjong and card tables were also set up.

Space is relative in a city like Shanghai and residents are highly adaptive. Be it winter or summer, there was always time for a spot of mahjong. You can sometimes see them in neighborhood alleyways and courtyards but also on public sidewalks to reach a larger audience (or pool of potential players). It was a form of community lifestyle that has accomodated the reduction of public space as longtangs modernized into private apartments and sidewalks reduced for asphalt roads etc.

Just as a gruff old man slammed down a winning tile and yelped out, “Peng!” I heard an echo of another “Peng!” coming from an open window. Peering in, I watched another cluster of residents, about 4 tables worth, vigorously playing mahjong with the radio blaring in the background.

Just then, a young boy strolled by with his head buried in a game on his phone, nearly crashing into the outdoor mahjong session. 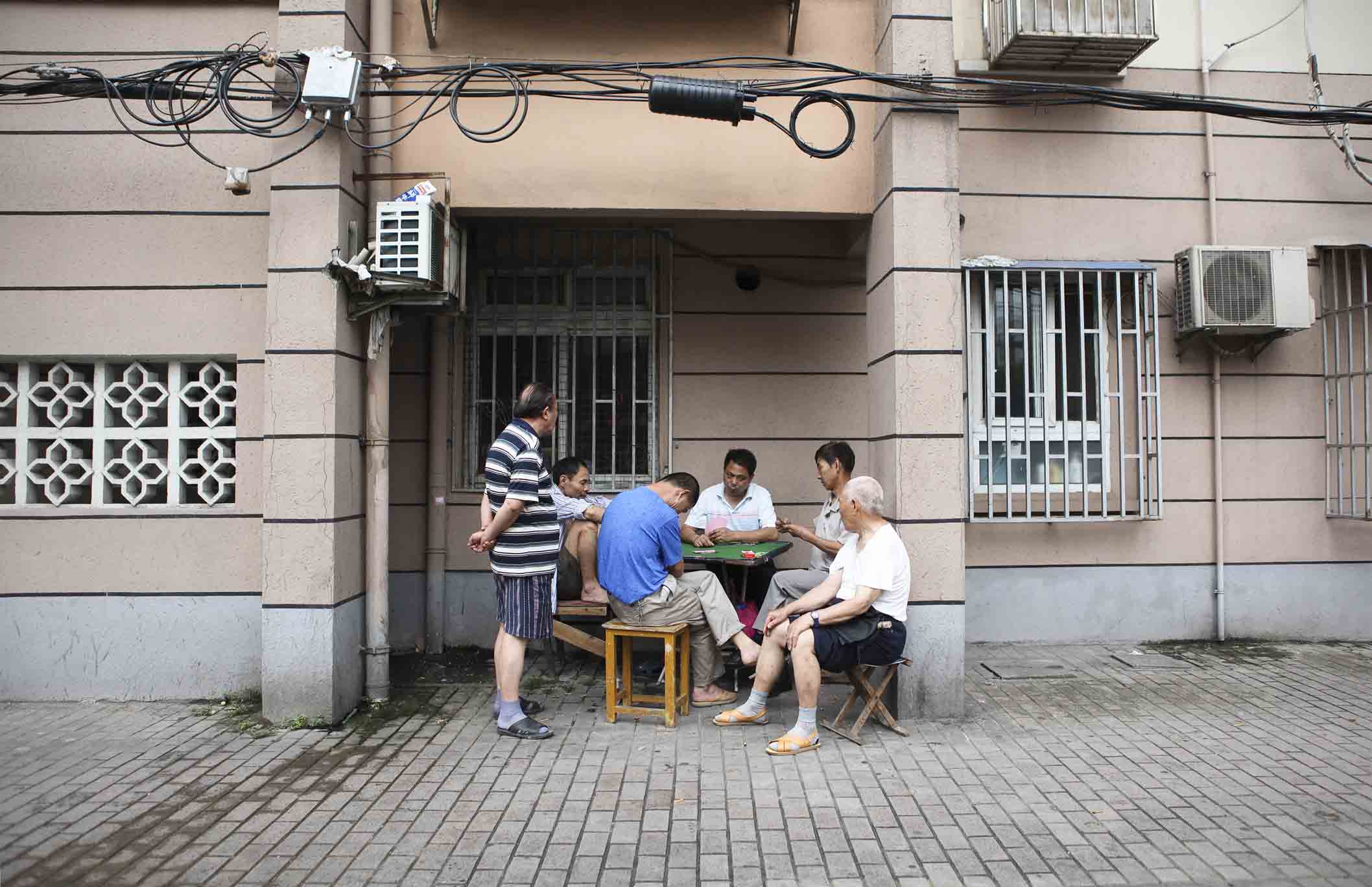 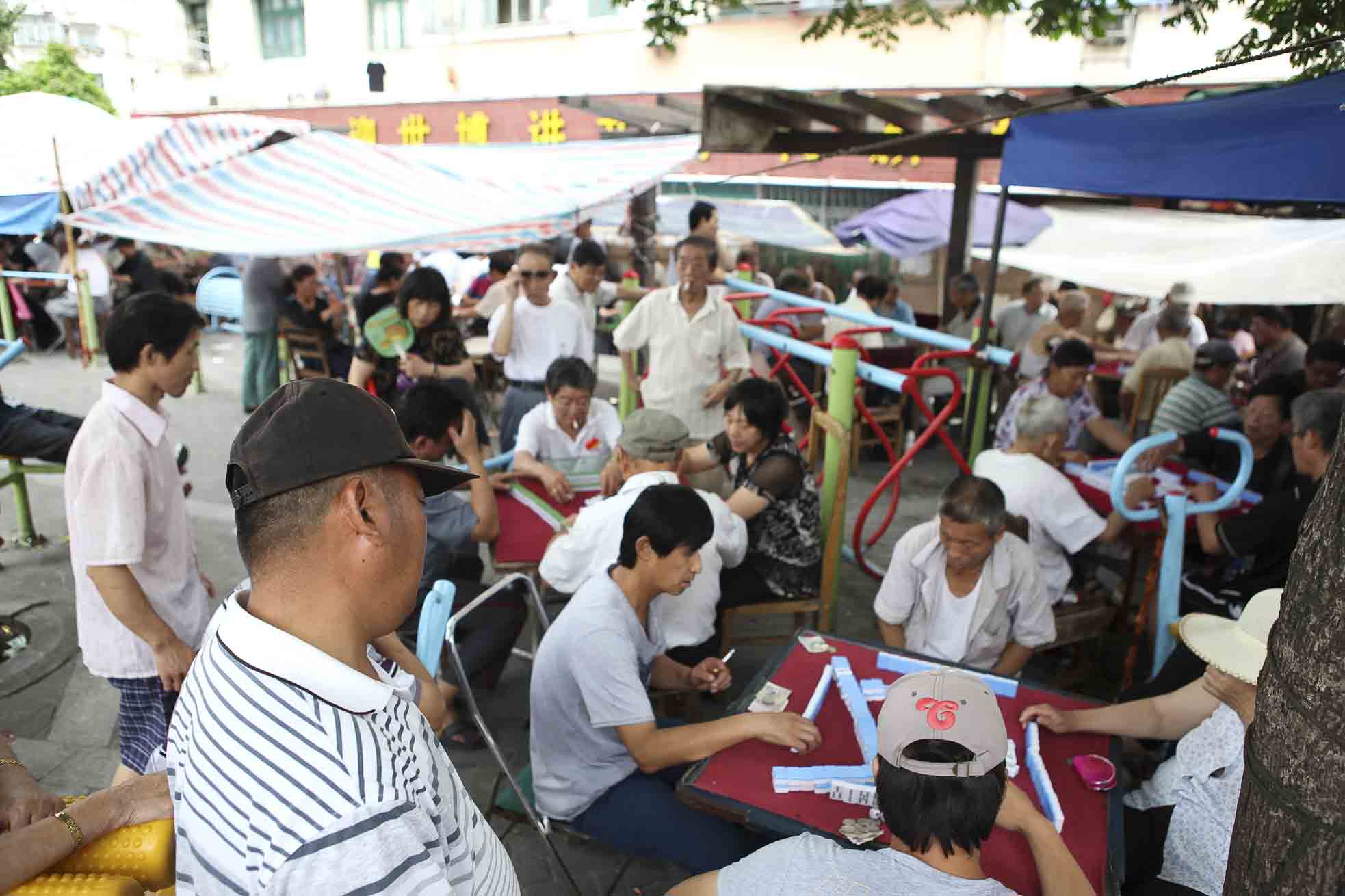 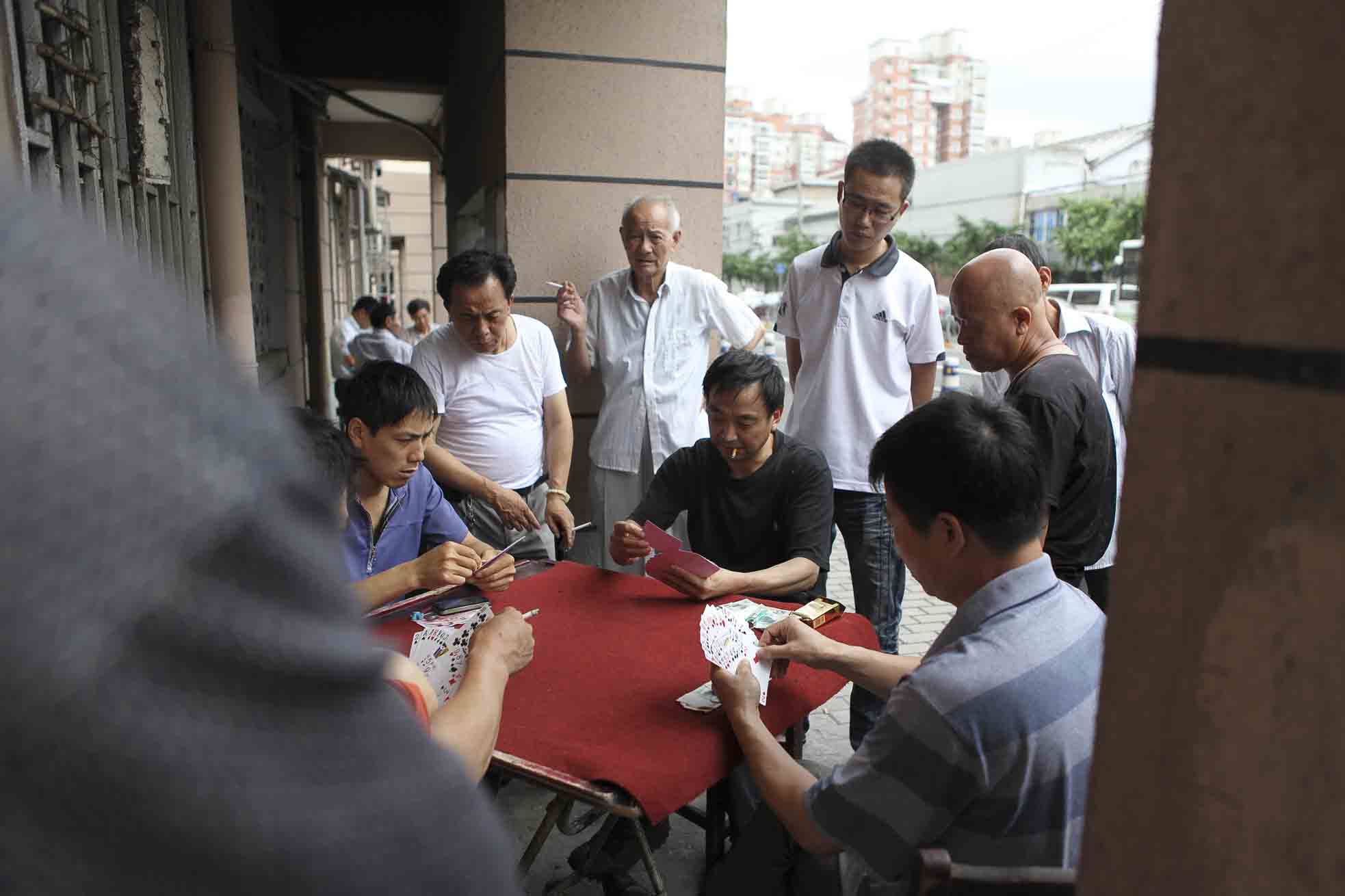 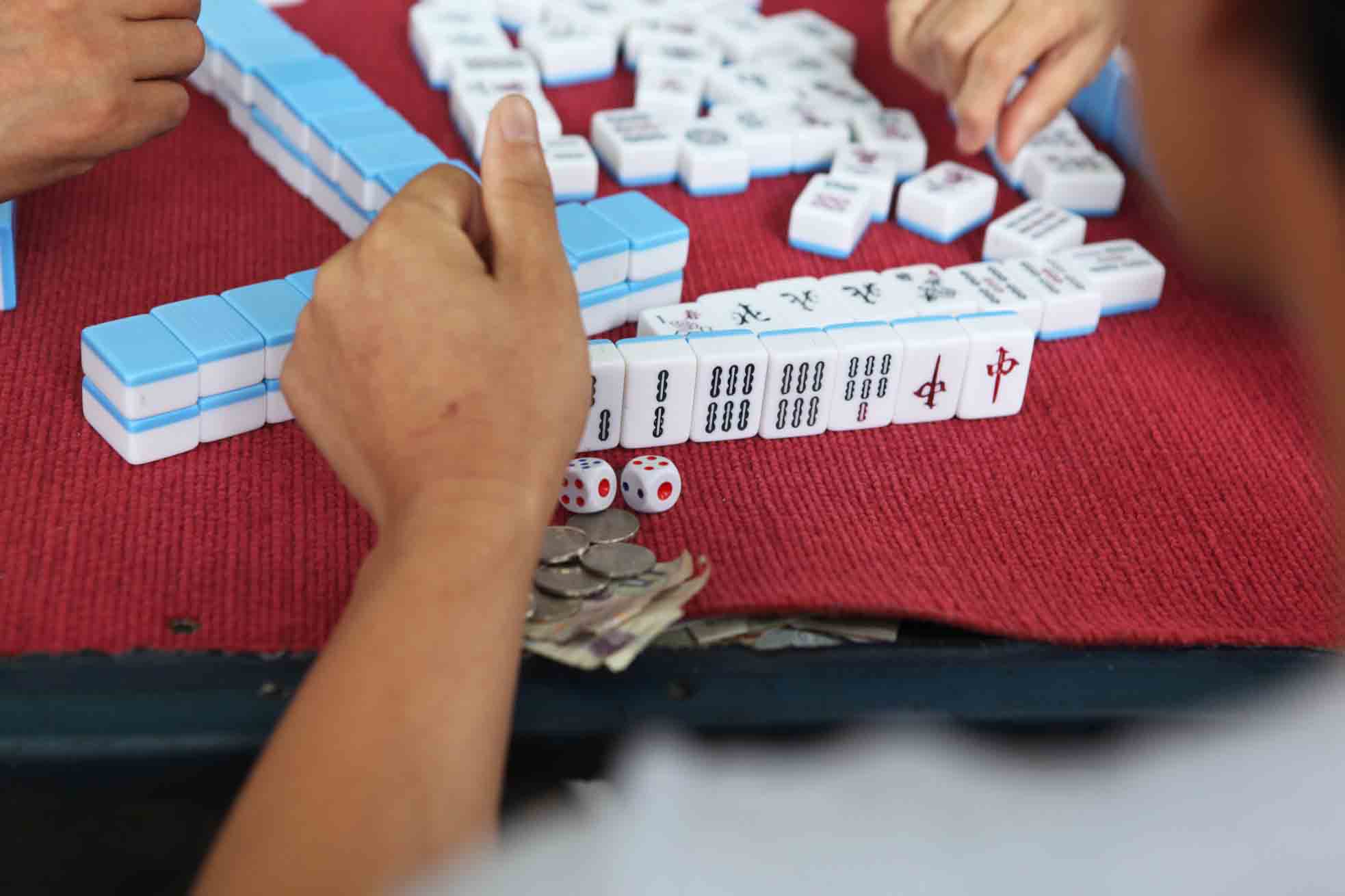